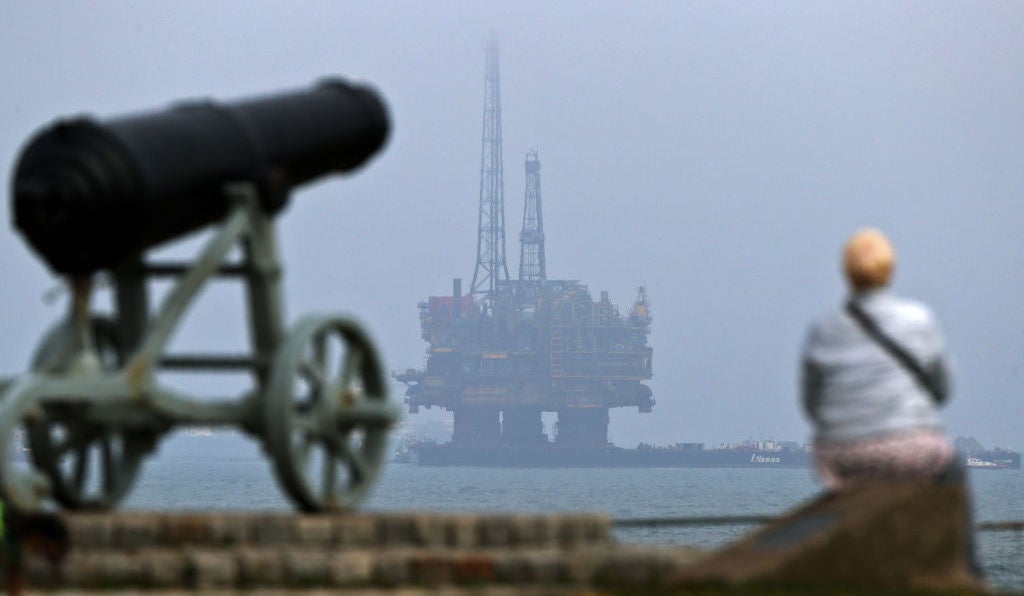 The financial services industry is prone to setting lofty 2050 climate targets with very little sense of how they will be achieved. But the same cannot be said of NatWest Group. The UK lender has threatened to stop financing major oil and gas producers by 1 January next year and pledged to fully phase out coal by 2030.

NatWest is the first bank in the world known to have published a policy with the explicit threat of a hard stop for direct new lending to the oil and gas industry. Its largest oil and gas clients must, in a little under four months, present credible transition plans or see their lending relationships with the bank terminated.

The lender has also committed to stop lending and underwriting to companies with 15% or more of their activities related to thermal and lignite coal that fail to present a credible transition plan, with a full phase out from 2030.

The move is a bold one on the face of it, and the urgency of the policy is fitting, given increasingly frequent and devastating floods and wildfires and this month’s bleak environmental outlook from the UN’s Intergovernmental Panel on Climate Change. NatWest has gone substantially further on this front than international peers such as Deutsche Bank and JP Morgan, although they do have far larger fossil fuel financing exposure.

However, industry observers point out that there remains a vagueness and lack of transparency around the details that leave NatWest with a good deal of wiggle room in implementing its promises.

Moreover, the bank is a relatively small lender to the fossil fuel sector globally. NatWest’s total oil and gas exposure stood at £3.5bn ($4.1bn) as of 30 June, 0.7% of total group lending, having fallen by £0.7bn since the end of 2020. Its exposure only includes direct loans and off-balance sheet exposures such as loan commitments and contingent liabilities for oil and gas majors, but not other financial services the bank will provide, such as foreign exchange.

By contrast, Barclays had £16.2bn of global exposure to the sector last year .

Nonetheless, NatWest’s policy stance sends a strong signal to the power generation sector. It is an influential lender, particularly in the Scottish power industry.

Credited with driving the development of the UK renewable power industry as a major early financer, NatWest has proven expertise in energy transition financing. It has helped arrange 79 renewables deals worth £3.86bn over the past decade. Recently, the bank was a lead arranger on the £5.5bn financing of the world’s largest offshore windfarm, Dogger Bank.

NatWest’s carbon budget could ultimately result in a radical transformation of its balance sheet, says James Close, its recently appointed head of climate change, a new role for the bank. He joined in January from a similar position at the World Bank.

The bank has pledged to halve its financed emissions by 2030 on the way to becoming net zero by 2050. Last year it conducted a preliminary survey of the financed emissions of four high-carbon sectors – agriculture, oil and gas, residential mortgages and automotive manufacturing – and is looking at how to apply the findings to its lending strategy.

Over the longer term, however, the bank is working to reshape the carbon intensity of its balance sheet, says Close. Using data collected in its financed emissions review – which it will also use to publish sector targets by the end of 2022 – it is determining a carbon budget it will use to work out where to direct its funding and how to achieve its climate goals.

“We'll start to set carbon budgets, as that will enable us to allocate our capital consistent with those carbon budgets,” Close adds. “If their [customer] emissions are trending up, that gives us less room in our carbon balance sheet to be able to lend to other areas.”

NatWest has enlisted Baringa, an energy and environmental consultancy that uses a propriety Climate Change Scenario Model to advise governments, energy and financial services on energy transition and climate change. The model is also being used by UK retirement and insurance group Legal & General, but details as to how it works are hard to come by.

Baringa’s assessment is giving NatWest “some pretty clear steers on those [companies] that are consistent with [the global temperature rise remaining no higher than 1.5°C]”, says Close. He declined to name individual clients.

“Some are very clearly aligned with 1.5 degrees, others are not and we’re having to evaluate those over time,” Close says. “We want to give those businesses an opportunity to understand the data we are working with and how to respond to it.”

Baringa’s assessment is fed into conversations with NatWest’s clients about future plans, and with the bank’s executive steering group, which makes the final decisions on lending policy.

Close would not reveal any details of the expected outcome of the assessment – most notably whether the bank will be forced to terminate any client relationships. But he is resolute on what a credible transition plan ultimately means: “You’ve got to stop doing exploration and new production now. This is how the credible transition plan analysis is taking place.”

A critical question, though, is what methodology is used to assess the transition plans, says Richard Roberts, inquiry lead at Volans, the agency behind the UK government-backed Bankers for NetZero initiative. He would like to see NatWest and the broader banking industry be more transparent about the thresholds they are using for the oil companies and how these will ratchet up over time.

“The issue here is that banks are developing their own black box methodologies that aren’t very transparent,” he says. “The problem is NatWest can hide behind the propriety methodology, so you can’t determine on what basis who is credible and who is not.”

As for credible benchmarks for NatWest to use, Roberts suggests those employed by the World Benchmarking Alliance (WBA) would be suitable. WBA, headquartered in Amsterdam, assesses oil and gas companies using the Assessing low-Carbon Transition methodology developed by non-government organisation CDP and the International Energy Agency’s Net Zero Emissions by 2050 scenario.

Yet without more detail about NatWest’s methodology and thresholds, it is difficult to gauge how the bank’s pledges will impact its lending arrangements with the oil and gas sector.

In line with the Science Based Targets initiative, NatWest aims to reduce the emissions intensity of its financed emissions in oil and gas to 38 tonnes of carbon dioxide equivalent emitted per terajoule (tCO2e/TJ) by 2030, from 75tCO2e/TJ in December 2019. But whether it needs to cut funding to achieve this is not clear.

To calculate the emissions intensity, the bank analyses its loans to and investments in the oil and gas sector for absolute emissions and emissions intensity. Its assessment of its Scope 1 and 2 activities concluded it facilitates 0.08 million tonnes of carbon dioxide equivalent emitted per year (MtCO2e/y), while its Scope 3 financed emissions for that period were 1.9 MtCO2e/y.

In the near term, Close says, it is likely that the nature of NatWest’s client relationships will shift from corporate finance to structured lending, such as project finance, where the use of proceeds is linked to specific projects or assets. This will allow the bank effectively to ring-fence its lending, he adds.

NatWest will target oil majors’ projects to address new technologies such as carbon capture and storage (CCS) or green hydrogen, says Close. “This is basically how we built out the whole renewables sector in the UK. Instead of looking at corporate risk we look at the project risk.”

There is likely to be plenty of opportunities on this front, given many energy majors are working on changing their business models. “The oil and gas industry is changing at a pace we haven’t seen in our lifetime,” says Richard Blunt, who leads the energy, mining and infrastructure group at law firm Baker McKenzie.

He points to Shell, for instance, having “just undergone the biggest transformation in its existence”. Earlier this year it became the first international oil company to reduce its investment hurdle rate for renewables as it pivots in that direction. The group received a landmark court order in May to sharply accelerate its emission reductions.

Beyond oil and gas

Meanwhile, NatWest’s focus on emission reduction extends to other parts of its loan book. Agriculture, for example, accounts for a large chunk of the bank’s emissions but a relatively small portion of its lending. And mortgages account for about 40% of the bank’s balance sheet.

“[Agriculture is] an important sector for us, so there’s a massive incentive for us to help our customers in the area reduce their emissions,” he says. “The same is true of mortgages.”

NatWest reports Scope 1 and 2 financed emissions from its residential mortgage lending at 2.2MtCO2e/y, and at 3.6MtCO2e/y for agriculture. These figures are not adjusted for the size of the bank’s lending book to these sectors, but ultimately the planet does not care about the source of emissions that are warming it.

With property a key sector for NatWest and a huge source of emissions, the bank has introduced several initiatives to bring the green transition to homes. Since launching them in October 2020, it has received 1,229 green mortgage applications, representing a total value of £315m.

The group has also put together a coalition on buildings that, Close says, is a useful vehicle for sharing insights with other stakeholders. It is also speaking to the government about ways to promote energy efficiency and retrofit homes cost-efficiently.

The bank may be a small player in energy financing, but NatWest has surely signalled a feasible path for numerous other lenders.