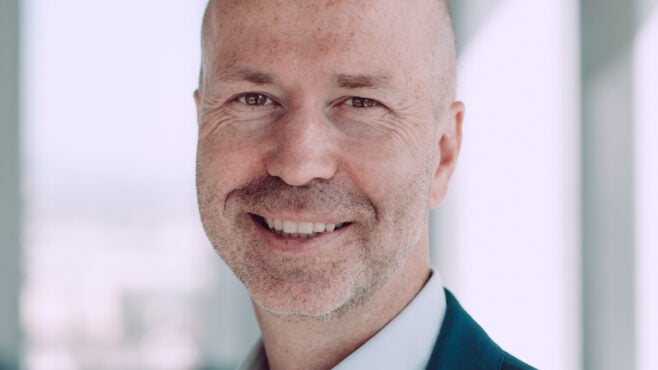 Deutsche Bank recently refused to arrange a $500m bond issue for Adani Ports and Special Economic Zone, an Indian ports and logistics company. The bank is said to have walked away from the deal in January after internal concerns raised by its sustainability committee, though it declined to comment on the matter.

Ahmedabad-based Adani Group – a conglomerate with interests in mining, natural gas, food process and infrastructure – is widely criticised for its environmental policies and is the target of the #StopAdani campaign on Twitter. It has also suffered condemnation for its controversial Carmichael coal mine in Australia, amid concerns it will damage the ecosystem of the nearby Great Barrier Reef.

Deutsche Bank’s rejection of the Adani deal was not the direct result of its strategy ­– launched in 2016 – to reduce its appetite for exposure to carbon-intensive sectors. That is because it was to play an arranging rather than direct lending role. But the episode does reflect a more restrictive ESG screening process that is seeing the bank shun certain deals – ones pitched both internally and externally.

When to say no

“[Our bankers] come with deals and say they want them to be ESG, and we have to be careful that we don’t damage our credibility and greenwash,” says Jörg Eigendorf, global head of communications for social responsibility and sustainability.

It’s a similar story elsewhere. The head of sustainability at another European bank tells Capital Monitor that executives are increasingly pitching deals with a view to meeting their division’s ESG key performance indicators (KPIs) and curry favour with senior management. Many of these transactions are rejected because they do not meet the required sustainability standards.

Deutsche Bank seems to be taking a stronger public stance on this front than some of its peers. HSBC, for instance, advocates that no client will be left behind.

The German group often has to set conditions for clients seeking help with financing their transition to a lower-carbon footprint, which they must satisfy to continue the relationship, Eigendorf says. In this vein, the bank also turned down a large oil and gas sector deal in North America a few years ago.

[Our bankers] come with deals and say they want them to be ESG, and we have to be careful that we don’t damage our credibility and greenwash. Jörg Eigendorf, Deutsche Bank

One effect of this policy is that bankers are bringing fewer deals to the bank’s product governance committee. “We don’t get [approached with] many deals any more that are out of policy – that was different a couple of years ago,” Eigendorf says.

Over the next two to three years Deutsche Bank’s policies will become tougher, he says, with sustainability teams gradually introducing stricter exclusions.

But he concedes there is a delicate balance to be struck: “I agree these things need to happen, and we need to do it fast, but with business planning, you usually can’t go too radical. It’s all about a credible transition path.”

The bank has certainly been making progress in respect of its climate policies. It has committed to publishing, by the end of next year, the carbon footprint of its €440bn loan portfolio (up from €413bn in 2016), including Scope 3 emissions. The latter are those related to its clients, suppliers and supply chain, rather than generated by the group itself. It has also agreed to align the carbon intensity of its lending portfolios with the targets of the Paris Agreement on climate.

Moreover, though criticised for lagging behind its peers globally on setting specific cross-sector sustainability targets, Deutsche Bank was an early mover on coal. It followed up its commitment to the Paris Agreement in 2015 by introducing restrictions on lending to the sector the following year. Since then, the bank has been reducing its appetite for carbon-intensive sectors.

In 2018, it closed its Houston operations as part of a pullback from investment banking in the oil and gas sector. Total lending to high-carbon industries – oil and gas, as well as utilities, steel metals and mining, coal mining, transportation, and chemicals – now accounts for around 6% of its loan book or €23bn (see graph below), down by a fifth since 2016, says the bank.

Deutsche Bank nonetheless remains in the spotlight for its facilitation of financing to carbon-intensive sectors, drawing public criticism from shareholders and non-governmental organisations (NGOs). Activist investors are increasingly looking to exert influence on corporate policy, and are hard to ignore.

At the firm’s AGM in April, Amundi and Nordea Asset Management – fund houses with shares in the bank – called on it to commit to a full phase-out of coal financing by 2030 in OECD countries and by 2040 in the rest of the world.

Deutsche Bank has pledged to phase out its coal exposure by 2025 worldwide, including both lending and capital markets. Questions have been raised over this, however: it defines a coal mining company as one with 50% of its reserves in or revenues coming from coal. Urgewald, a German environmental and human rights NGO, says this means diversified groups can still qualify for Deutsche’s loans. That includes the likes of Anglo American, BHP Billiton and Glencore, which have huge coal businesses but fall under the imposed threshold.

Amundi is calling for greater clarity on Deutsche Bank's approach to coal, though. “Their policy is not clear enough; we don’t have an extended view of what it is… and is not covering,” says Caroline Le Meaux, head of ESG research, engagement, and voting policy at the French asset manager.

The firm has to manage down coal exposure continuously until it is phased out, giving clients and the bank time to adapt, Eigendorf says, as with any highly polluting sector.

“Not even 1% of our position is coal,” he adds. “Could we be more ambitious [in cutting lending]? Yes, and it’s always a question. I think with these targets we can become more ambitious, and I’m sure this will change quickly.”

Beyond its coal policy, Deutsche Bank has not set short-term targets for other carbon-intensive sectors. This has disappointed campaigners, particularly as the group in 2020 said it would review its existing exposure to the oil and gas sector by the end of that year, with a view to reducing that exposure.

As Eigendorf points out, however, Deutsche Bank had not committed to publishing the data: “What we always said was we would analyse it by the end of 2020, then go for dialogue with the clients and, on that basis, develop new targets. That’s where we are.”

The banking industry is certainly facing greater pressure to set and publish medium-term targets for reducing Scope 3 emissions. On 7 July, 115 investors representing $4.2trn wrote to 63 banks, including Deutsche, calling on them to strengthen their climate and biodiversity policies and to publish their first round of climate targets ahead of their 2022 AGMs. The group is also asking banks to align their climate plans with the International Energy Agency’s 'Net Zero by 2050' scenario, or another 1.5°C degree scenario with minimal reliance on negative emissions technologies.

Deutsche Bank sees little benefit in being rushed to disclose data that is difficult and time-consuming to collect. It is aiming to publish its targets for the carbon footprint of its loan portfolio by the end of 2022 “with as much original data as possible”. The few banks to have published targets so far, such as JP Morgan, have relied partially on industry assumptions.

Eigendorf expects the German group to “progress quickly” on this front. But what will really accelerate the ability to report and collect data, he says, will be a convergence of reporting standards and collaboration between banks.

In 2022 there will be a lot more transparency with regard to the carbon footprint of our loan portfolio. Jörg Eigendorf, Deutsche Bank

“The Net-Zero Banking Alliance will change the game,” he adds. “Eventually people will merge to conventional standards to ensure consistency for the industry.” Eigendorf cites as an example the Partnership for Carbon Accounting Financials, which Deutsche Bank joined in March this year.

The firm has 23 working groups focused on sustainability. Eigendorf sits down with each between once a month and once a quarter. “In 2022 there will be a lot more transparency with regard to the carbon footprint of our loan portfolio,” he says.

Unlike certain peers, such as JP Morgan and Citi, Deutsche Bank has not set a multi-trillion-dollar financing target for sustainable deals. Still, last month it brought forward – to 2023 from 2025 – plans to facilitate some €200bn in sustainable finance and investment. It has broken down the target by business line, with €105bn slated to come from the investment bank, €86bn from the private bank and €30bn from the corporate bank.

The group prefers to set manageable near-term targets, Eigendorf says, rather than participating in what he calls “this inflation game”. This is in part because he believes that by the end of 2022 there will be a new targets that are much more impact-focused.

Indeed, a group of banks, including ABN Amro, DBS and UBS, launched a working group on 30 June to develop a common impact measurement and valuation approach.

“We can all have ambitions and big numbers,” Eigendorf adds. “But eventually we need to be able to prove that all of this has impact to keep our credibility.”

In any case, says Eigendorf, volume targets are likely be replaced by other ESG indicators in the longer term, such as green asset ratios, and impact and biodiversity indicators. “You will have real impact-driven indicators,” he adds. “Volume targets say nothing about impact.”

Of course, getting to that stage is the holy grail and will be easier said than done. In the meantime, big players such as Deutsche Bank believe every little step will help.