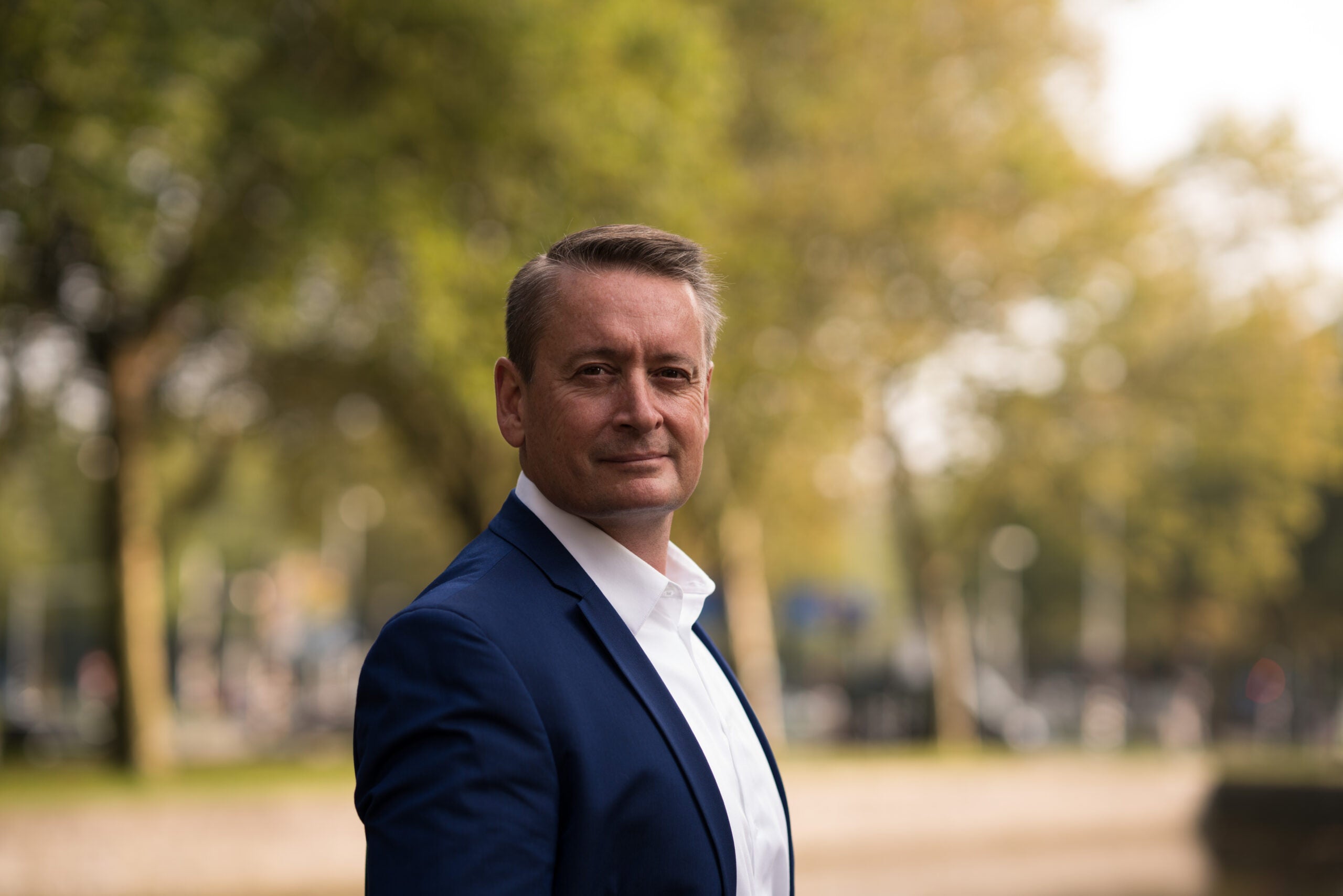 “Code red for humanity”, read the front page of hundreds of newspapers last Monday morning with the release of the UN-convened Intergovernmental Panel on Climate Change’s (IPCC) latest report.

It may not have said anything particularly new – scientists mostly restated old facts but with more certainty – but there are just weeks to go until 192 governments meet in Glasgow for Cop26. Stronger regulations and policies are clearly needed to prevent the report’s worst-case scenarios coming to pass.

So rather than marinading in the doom and gloom, Capital Monitor put it to a handful of investors, banks, lawyers, consultants and NGOs: what exactly do governments and regulators need to do next?

The short answer is that it won’t be easy: complex problems require meaningful solutions. And none of the below would work in isolation. What’s needed is a globally coordinated effort that cuts across regions, societies, industries and markets – governments need to treat climate change like the crisis they say it is. Cop26 will be the acid test for whether the political will is truly there.

And there is precedent. When the hole in the ozone layer was discovered in 1985, the Montreal Protocol to phase out CFCs was convened and signed in record time; there is ample evidence this swift action is why the layer is now recovering. Fossil fuels are of course a much more fundamental change to modern life than refrigerants were in the 80s – but the experience is proof of what the international community can achieve when it wants to.

The first step on any journey is understanding the problem, and right now the global business community is falling at the first hurdle. Tim Mohin, chief sustainability officer at carbon accounting platform Persefoni, says a review of the Greenhouse Gas Protocol, which has been in use since the late 1990s, is urgently required. The process should be professionalised to look more like financial accounting, and a new approach is needed for scope three emissions, which are a particular pain point.

“We’ve already set off on all these esoteric market-based solutions, but step one is missing – most companies don’t have any idea of their scope three emissions, and it’s a mess,” says Mohin. “There are limited tools, limited knowledge, and the estimates out there fall way short of reliable. You have to be able to measure something before you can report on it.”

As is by now generally agreed, companies everywhere will have to start reporting non-financial information publicly. There are hundreds of market-based solutions out there and a growing number of concrete policy initiatives, including in the EU, UK, US and China.

A minimum threshold by turnover or employees should be set to ease the burden on smaller enterprises, and the information needs to be digitised and electronically tagged to ensure data availability. If the current momentum remains, this is all likely to be achieved in the medium term.

The average price of carbon worldwide is around $4 per tonne, and only 20% of global emissions are covered by a pricing scheme: either a carbon tax or a cap-and-trade emissions trading system.

Four dollars is far too low, says Aniket Shah, global head of ESG research at investment bank Jefferies in New York. The Network for Greening the Financial System, which has developed climate stress tests for commercial banks, is using triple-digit carbon prices for its scenarios. Businesses should too.

“We’ve known for decades now that we have to put a price on this stuff, and it has to be significant,” says Shah. “We need other regulatory interventions too, but I don’t know how else to get there – we have to make this stuff so expensive that businesses and people are forced to shift their behaviour.”

The major emitters need to up their game – while US President Joe Biden has not ruled out the prospect entirely, carbon pricing is nowhere to be found in his climate proposals. Some are pushing for a global pricing corridor; this would probably start with a few industrialised economies and others joining over time.

The Network for Greening the Financial System hopes these will be rolled out at scale over the coming years, which would produce a clearer picture of climate risk in the global financial system. Their findings should then be translated into regulation, with banks forced to hold more capital against lending that carries climate risk, be it transition or physical. This could be expected in the next five years.

Taxonomies already exist or are being developed in the EU, UK, Canada, China, Hong Kong, Singapore and elsewhere. Some people don’t like them because they’re too prescriptive; others argue that they’re essential for defining what the end goal looks like. Financial institutions tend to like them because they make very clear what governments want them to invest in. A global effort, which is under discussion within the EU’s international platform on sustainable finance, would be a game-changer.

One-fifth of the world’s largest companies have now set public net-zero targets, representing annual sales of around $14trn and 61% of global emissions. But only one-quarter of those meet Climate Action’s ‘robustness criteria’, exposing them to greenwashing accusations. Many have no clear governance structure, no KPIs and no interim targets.

One issue is that 2050 is a long time away – the leaders of today will be long gone by then. Another is that net zero is not a legally defined nor universally agreed term. Taxonomies can be helpful in categorising economic activities, but an impartial, international expert body to set global standards for net-zero plans would be enormously beneficial.

An enforcement mechanism would help, as would an overhaul of director duties to ensure individual accountability for missed targets. The UK’s Senior Managers’ & Certification Regime provides a helpful model that could be rolled out beyond the financial sector.

If companies want to continue as going concerns throughout the transition, they should be legally obliged to start planning now. The Net Zero Asset Owners’ Alliance, with a combined $6.6trn in AUM, is pushing for mandatory transition plans to be introduced across the economy.

Regulators will need new powers and resources to inspect plans and enforce against companies that miss targets. Adaptation will need to be addressed – climate change is only going to get worse for the foreseeable future. So companies over a certain size should be forced to hire a chief adaptation officer – that is, a senior executive in charge of developing and implementation a transition plan. The UK mandating TCFD reporting, which includes governance, is a start.

“For consistency and comparability, companies need to be measured against the same yardstick,” says Paddy Arber, head of international government engagement at UK asset manager Aviva Investors. “Mandatory transition plans would force all companies to look not just at the risks but also their impact on the climate – it would be very powerful.”

Much like the TCFD debate in the UK, mandatory transition plans will go from being hotly debated to blindingly obviously required in the near future, says Kate Levick, sustainable finance lead at thinktank E3G.

Stronger, more authoritative global institutions, similar to the UN in scope, will be needed to bring governments everywhere to heel. For emerging economies to rapidly change their emissions trajectory, a lot of international cooperation will be required. Getting it wrong risks hitting sovereign debt ratings, wreaking havoc on unemployment rates and causing untold economic damage.

At Cop16 in 2010, developed countries committed to raise $100bn per year to help developing nations build resilience to climate change. Many have failed to make good on that pledge. Last week Cop26 president Alok Sharma urged those governments to honour their promise – and with natural disasters continuing to unfold, it’s sure to be on the Glasgow agenda. A combination of policy tools is required, and one of them is terrifically simple: give governments money. 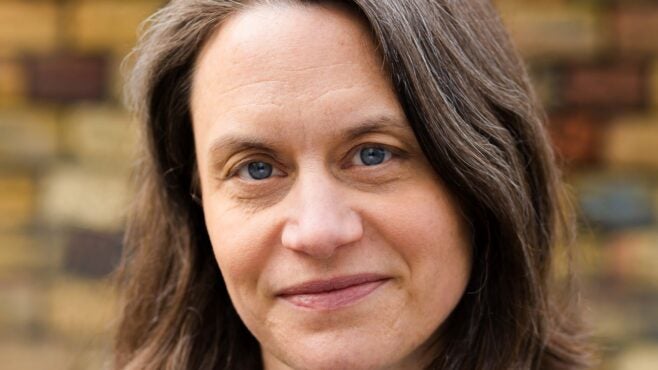 Blindingly obvious. Kate Levick of E3G, says that, much like the TCFD debate in the UK, mandatory transition plans will be a normal part of corporate life. (Photo courtesy of E3G)

More public money for the transition at home

Levick says the best way for governments to show they’re serious about the transition is to commit public funds, highlighting the UK’s new infrastructure bank as a good example. "Use of public finance to redistribute risk is what the finance sector loves. That’s very different from setting a policy,” she says. “Government-backed banks also have real potential to unlock the sticky bits around new and emerging industries, which is really important.”

Carbon offsets, which typically see companies promising to plant trees while continuing to emit, have been widely exposed as dubious at best, with many warning against companies’ over-reliance on the schemes.

From fictional forests to double counting, there’s little doubt that current approaches to offsetting are problematic. If they are to be part of the solution, regulation will be needed. A global authority on minimum standards would be helpful – as would better oversight of projects.

This could also include rewarding companies with double the credits if they reduce their emissions in the first place rather than offsetting. Fundamentally, it should be based on the principle that offsets are a last resort and should not be part of corporate decarbonisation targets.

Abandoning GDP as a growth metric

This may appear controversial, particularly for financial services, but degrowth has to be broached at some point. The only scenario in the IPCC report in which 1.5ºC warming by the end of this century was successfully avoided was the one that abandoned economic growth as an ultimate goal. It’s no longer just environmentalists who argue that slowing global warming is incompatible with economic growth.

Focusing regulation on asset owners such as pension funds is a logical place to start given that these policies will be forced to trickle down through the rest of the market. Pension fund trustees’ fiduciary duties oblige them to think long term; generating returns and ensuring there is a habitable world in which beneficiaries can receive their pensions are equally important.

“We need carbon pricing, emissions reporting, etcetera etcetera, but we’re at the stage where there is only one fail-safe policy: a legally binding declining cap on fossil fuel use, and a 100% transition to regenerative agriculture,” says economic anthropologist Jason Hickel. “The focus on emissions creates space for wishy-washy net-zero talk… we need to go to the root of the problem.”

This is a controversial proposal that many do not support. It would also be vulnerable to some serious legal challenges, for instance under the Energy Charter Treaty.

But there are subtler ways of getting there. “If prudential regulation gets its risk weightings right on this, it will become unaffordable to finance oil and gas – much like has already been the case for coal – and the same end can be reached without the need for such an explicit cap,” says E3G’s Levick.