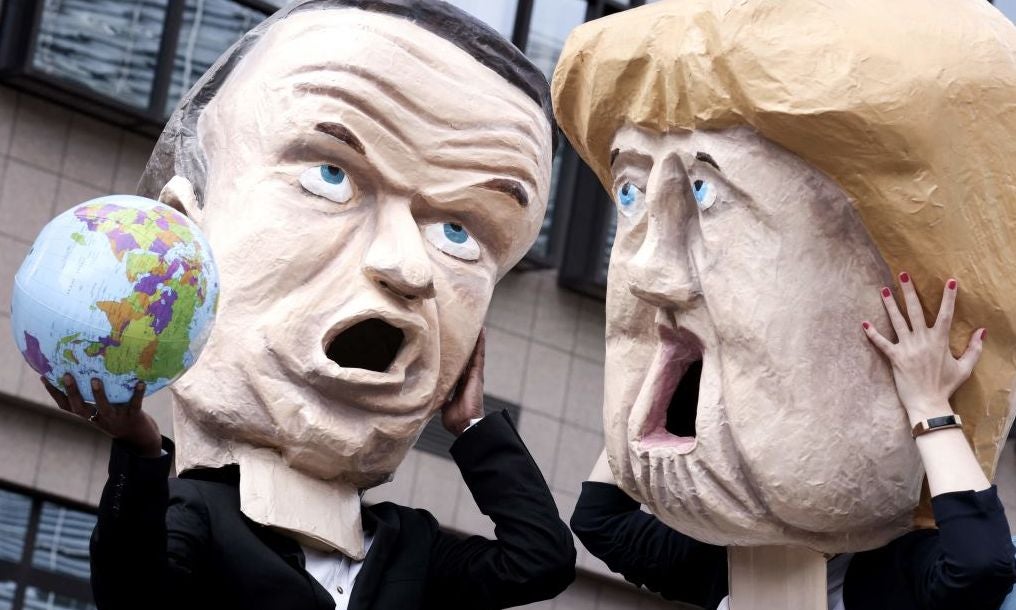 Energy companies have increasingly come under the cosh in recent years as the most obvious contributors to environmentally harmful carbon emissions. But some have been fighting back through a little-known treaty that enables them to sue governments outside the traditional court system.

And concerns are rising fast among activists – and some governments – over the chilling effect that the Energy Charter Treaty (ECT) can have on climate change policy. A few countries have withdrawn from the agreement and there is a push to modernise it. But progress on that is slow.

Meanwhile, the potential size of claims – the number of which looks set to rise substantially – can run into the tens of billions of dollars. That could be a major deterrent to climate policy reform, even for wealthy governments.

In place since 1991, the treaty has 54 signatories, including most of the G20 countries (see map below). It allows energy companies to bring investor-state dispute settlements (ISDSs) against countries that introduce policy changes that would affect their business.

In Europe alone, some €345bn ($407bn) worth of fossil fuel investments is protected by the ECT, including 46 coal-fired power plants, according to Investigate Europe. That is double the European Commission’s total annual expenditure.

There are, in fact, around 3,000 similar treaties within international trade agreements. But the ECT is the “world’s most potent investment protection agreement”, argue a group of campaigning bodies including Friends of the Earth Europe, Climate Action Network Europe, Rise for Climate Belgium, 11.11.11 and CNCD. So far, they say, it has accounted for 136 cases – which are out-of-court, often opaque proceedings.

Some 80% of those have been brought in the past ten years, representing a significant acceleration. And the number is only likely to increase as governments seek to make good on their commitments to the Paris Agreement on climate change.

A recent example is a case being mounted in the Netherlands by German energy companies RWE and Uniper related to the phasing out of coal. The International Energy Agency says all governments must stop using it as a power source by 2040 at the latest, and many countries have unveiled plans to work towards that target, and insurers, among others, are considering how to respond.

RWE chief executive Roger Miesen said in a statement in February that the company was not questioning the phasing out of coal. “However, we do not consider it right that the law does not provide for compensation for the resulting disruption to the company’s property,” he added.

Yet around 60% of all ECT cases are brought by renewable energy companies, mostly in Spain following a controversial tariff change during the 2008 financial crisis, an ECT secretariat source says on condition of anonymity. Hence the ECT is apolitical, he tells Capital Monitor, and can in fact aid the transition to net zero.

The treaty nonetheless protects all investments in the energy sector globally, 56% of which are in fossil fuels with just 20% in renewables (the remaining 24% is in nuclear and electricity grids). Indeed the Spanish renewables cases account for just $1bn of the total damages paid. 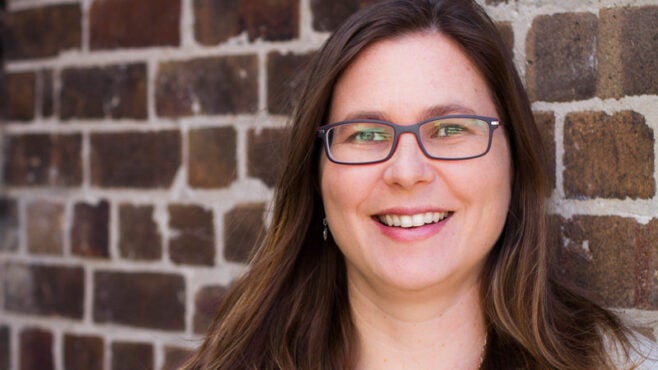 “The problem is that if this happened with a simple change of tariffs, what will happen when Spain starts regulating against the fossil fuel industry in compliance with Spain’s new climate change law?” says Lucia Barcena, project officer at Transnational Institute, a research and advocacy organisation.

What’s more, in 85% of the current 47 ECT suits in Spain, the claimant is an equity fund or other type of investor, she adds – and in more than half the companies only started investing after 2009, when the crisis had begun.

Given the huge growth in investment firms specialising in litigation over the past decade, there is potential for ECT cases to become an asset class of their own. Litigation-focused investment fund houses were reluctant to discuss this topic when contacted.

Frequently, too, suits brought under the ECT in one market have dampened appetite for policy reform in others. Governments often wait to see the outcome of a particular case before pressing ahead with similar legislation, and in some cases even water down existing laws.

The knock-on effect of the RWE and Uniper cases is thus likely to spread much further than the Netherlands, says Jean Blaylock, campaign manager at non-governmental organisation Global Justice Now. It is one of 402 civil society organisations from across the world calling on their governments to exit the ECT.

These [investor-state dispute settlement] cases can drag on for years, and the world just can’t afford that kind of delay. Jean Blaylock, Global Justice Now

“As we’ve seen elsewhere, the bigger threat is that other countries considering phasing out coal power might now hold off to await the results of the case,” she adds. “We’re very worried about that because these cases can drag on for years, and the world just can’t afford that kind of delay.”

The existence of ISDSs means investors can continue to pour money into dirty energy sources with the comfort they have some protection.

With new climate policies multiplying, the risks stretch beyond the obstruction of new regulations, says Kyla Tienhaara, Canada research chair in economy and environment at Queens University in Toronto. She has studied ISDSs extensively.

“There’s huge potential for asset stranding in the transition, and if it’s governments doing the stranding, rather than economics, that presents potential for huge compensation claims,” Tienhaara says. “I don’t think when ISDSs were created that they were conceived of as a complete insurance policy against any kind of policy change, but that is how they’re increasingly being used.”

ISDSs were conceived in the 1950s by a Royal Dutch Shell executive, no less. The ECT itself was a legacy of the end of the Cold War, a time when major investment opportunities emerged for Western corporations in post-Soviet nations.

The thinking was that, before making such an investment, foreign companies would require some form of legal certainty to protect against sudden policy changes, including expropriation of their assets. This causal link has not been proven, but the treaty maintains its supporters: wealthy governments that rarely lose cases and natural resource-rich countries still looking to attract investment.

In any case, under ISDS proceedings governments tend to lose even if they win, often spending millions on a lengthy arbitration process. The average amount of public funds spent on fighting an ISDS case is between $8m and $10m.

Some countries, such as Italy, have withdrawn from the ECT. But even so, a sunset clause allows companies to bring claims for up to 20 years after a country exits the treaty, as the Italian government learnt just this week.

Climate legislation is being undermined by both the uncertainty engendered by the ECT and the huge sums of money that investors can claim, says Amandine Van den Berghe, trade and environment lawyer at charity ClientEarth.

There are no clear rules and the facts of ISDSs are notoriously opaque – as is the nature of arbitration – while the payouts can be massive (see table below).

The largest made to a single company was $40bn in 2014, when Russia lost its case against the former owners of oil major Yukos – not under the ECT, it should be noted. Moscow paid at least $50bn in total after initiating criminal tax evasion proceedings against senior directors that resulted in the company going bankrupt.

The growing use of ISDSs also comes at a time of a fast-rising number of cases seeking quicker action to address climate change. They are being brought both by activists against governments and by governments against the oil and gas industry.

The recent landmark case against Shell is one example, whereby the energy giant received a court order to cut its absolute emissions from 2019 levels by 45% by 2030.

“On the one hand we’ve got this rise in public interest litigation and on the other we have ISDSs being used in the other direction, almost as a form of blackmail in the way they threaten governments to back down on policy actions,” says Blaylock.

Another notable case is the claim by Canada's Calgary-based TC Energy and the government of Alberta, announced in early July, against the US government over President Joe Biden’s cancellation of the Keystone XL pipeline. Blocking the highly controversial project on environmental grounds had been a key Biden campaign promise.

Alberta and TC Energy are seeking $15bn in damages to cover the loss of future profits from the development. If successful, that would make it the largest climate-related payout in history.

“Claims seeking hypothetical future profits are particularly worrying because it’s not at all clear how you decide how much oil is going to be worth over the next few decades,” says Tienhaara. “Arbitration lawyers are not experts in this area… and the arbitration community seems to be completely divorced from these real-world conversations.”

This is often partly because while there can be any number of logical reasons for a policy shift on energy – such as to slow climate change or improve public health – ISDS tribunals must disregard these factors and consider only the impact on corporate profits.

In an ISDS, three arbitrators are appointed to review the case, with one chosen by the government, one by the claimant and the third mutually agreed by the two. Arbitration venues are not courts, so there is no concept of precedent, and outcomes are largely dependent on the political positions of the arbitrators selected.

The existence of these venues also raises questions around access to justice. “There are times when a corporation might want to challenge a policy decision; that’s fine – our argument is simply that they don’t need their own special system for it,” Blaylock says. “They should be using the national legal system, like everybody else.”

The patchwork of investment treaties containing ISDS provisions makes both reform and the abolition of the concept difficult practically. Indeed some have taken the view that ECT reform is unlikely, not least because any amendment requires unanimous support.

But campaigners are gaining some ground, particularly in Europe, where lawmakers are seeking to modernise the charter, which could be found to be incompatible with EU law when exercised between member states.

And last year a cross-party coalition of at least 250 members of the European Parliament called on the EU to “explore pathways to jointly withdraw” from the ECT. The EU’s 27 member states make up around half of the 54 signatories, so its exit would constitute a huge blow for the treaty.

Moreover, a number of potential new signatories – including Morocco, Nigeria, Tanzania and Uganda – have also terminated investment protection treaties in recent years. That suggests they may not ultimately join the ECT.

“It’s obvious now that the [ECT] modernisation process is not going to deliver satisfactory outcomes any time soon,” says Van den Berghe. “Leaving a treaty requires considerable political will, but there is clearly no need to maintain this outdated system.”