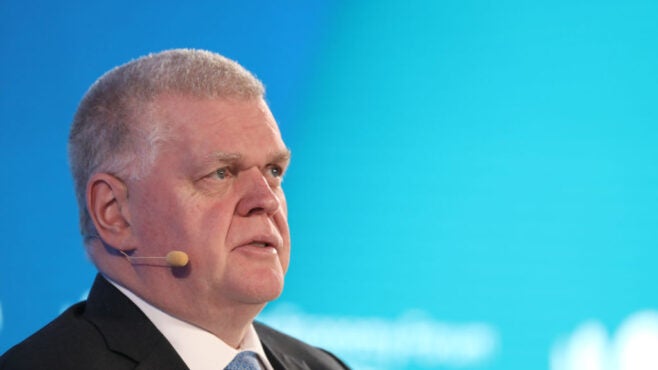 Linking executive remuneration to ESG targets is becoming more commonplace as companies succumb to pressure to incorporate sustainability metrics within their reporting. Of the FTSE 100, 45% of companies now have an ESG measure attached to executive pay, according to analysis by PwC.

But as Capital Monitor recently revealed in its white paper ‘Linking CEO Remuneration to ESG Targets’, just one in four of the world’s 100 largest banks by assets link CEO compensation to environmental targets. And where they do, disclosure is often patchy, so the link between pay and the impact of banks’ financing activities is unclear.

As such, Capital Monitor established a transparency index for each of these banks, based on the clarity of their disclosures. Of those that offered ESG-linked bonuses, just six banks – Barclays, HSBC, ING, NatWest, Société Générale and Westpac – scored top marks for transparency; the first four offer their CEOs bonuses linked to environmental targets. Almost four in ten banks (39) scored zero for transparency based on a total lack of information on CEO pay.

Research on the effects of linking executive remuneration to ESG targets is scarce, although fundamentally, how far an institution incorporates ESG targets into its remuneration policy serves as a useful proxy for whether or not it recognises the risks and rewards of ESG issues internally.

A closer look into the ESG remuneration policies of the 54 banks that incorporate some form of ESG metric into their CEOs' variable pay yields interesting insights into the different approaches these banks take.

As the below graph shows, the ratio of ESG bonus targets to regular targets varies significantly – from a 50/50 split, to rewarding CEOs with a variable ESG target of just 5% of the total. For these banks, the average split is an 80% award for hitting financial targets, compared with 20% for ESG targets.

The bank with the most equal weighting of ESG compared with non-ESG bonus targets ratio is NatWest, with a 50/50 split. It divides its CEO’s variable pay into four equal categories: ​​financial and business delivery; risk and control; customer and stakeholder; and people and culture. The last two targets are ESG-linked and are broken down into values, such as being a “guardian for future generations”. These are then split into more specific key performance indicators (KPIs) – for example, “progressing towards climate positive operations by 2025 with reduction in carbon emissions from our direct operational footprint by 10% in 2020”.

NatWest’s targets are clear and detailed, hence why Capital Monitor awarded it a transparency rating of 100. It achieved additional points for linking its CEO’s compensation to portfolio emissions.

However, having a high ratio of ESG to non-ESG targets does not necessarily mean those targets are effective, or specific enough to suggest they could drive tangible, real-world changes. For example, ABN Amro has the second-highest weighting of ESG to non-ESG targets – a 52% to 48% split. Its environmental target, with a relatively high weighting of 14% of the total, is linked to ABN Amro’s rating according to the Dow Jones Sustainability Index – a target it has not met in two years.

In its white paper, Capital Monitor explains further why targets linked to external ratings, which are relative and not linked to operational emissions, are not the most effective way to move the needle.

Another important factor to consider when it comes to ESG ratings is whether or not they are strategically designed to increase the likelihood of large payouts. PwC’s June 2021 report 'Linking Executive Pay to ESG Goals' observes that companies tend to set strategic targets they will hit, noting that meeting ESG targets “pays out ten to 15 percentage points higher on average than meeting more objective financial metrics”. The implication here is that ESG-linked bonuses can be applied cynically.

Although the sample size is limited, Capital Monitor’s analysis of the success rate of ESG versus non-ESG targets supports this. The figures are taken from annual reports, where the 2020 KPI has been allocated an assessment score in percentage terms, which is defined as the percentage of the performance target achieved. Analysing the assessment scores of 104 targets across 16 banks (35 ESG bonus targets compared with 69 regular targets), the average score for regular targets is 65%, whereas for ESG targets it jumps to 78%.

Setting quantitative targets for qualitative issues could, as PwC notes, have the effect of "hitting the target but missing the point".

But, as further analysis shows, the reality is a little more complicated. The way in which banks assess and award compensation based on ESG metrics varies hugely from bank to bank. A general lack of consistency and transparency when it comes to details about targets makes it very difficult to assert whether ESG targets are truly "easier to hit", and also whether or not they are impactful.

A closer look at the strategies of three banks, whose CEOs all received relatively similar payouts for very different targets, illustrates this discrepancy. HSBC is clear on what its environmental target is, which makes it easy to comprehend how it has been weighted and assessed. By contrast, Nationwide Building Society does not disclose any details on its target, meaning it is hard to gain any insight into whether it has been effective.

A closer look still at HSBC’s target provides some interesting insights into how hitting an ESG target clearly translates into a cash bonus. For example, in 2019 HSBC missed its annual target to reduce operational emissions to 2t per full-time equivalent (FTE) employee, according to its annual report. Instead, it achieved 2.26t per FTE. In the assessment of its then CEO’s performance, no mention of emissions is made, nor is CEO pay explicitly linked to an environmental target.

In 2020, HSBC exceeds this target, reducing emissions to 1.76t per FTE. For the first time, its CEO remuneration is explicitly linked to an environmental KPI, and Noel Quinn, appointed in March of that year, is awarded 85% of the possible 10% bonus, for “beating the target of 2t per FTE we had set for 2020”.

In this case, a specific environmental target has been hit and the CEO has been subsequently rewarded. That the bonus appears to follow the achievement, rather than guide it is an important point to consider.

As PwC’s report concludes: “There’s often an idea that ESG targets in pay can be used to direct CEOs to undertake activities that benefit society, which they wouldn’t undertake without the incentive.

“This misunderstands how board governance works. Pay follows strategy; it doesn’t drive strategy. But once ESG factors are integrated into the strategy, linking them to pay can be a natural next step, particularly as a tool for mobilising the organisation behind a new set of priorities.”

The effectiveness of ESG targets, therefore, is in large part down to the bank’s overall ESG strategy. After all, a bank cannot set specific targets linking a CEO’s pay to its strategy if it has no strategy in the first place.