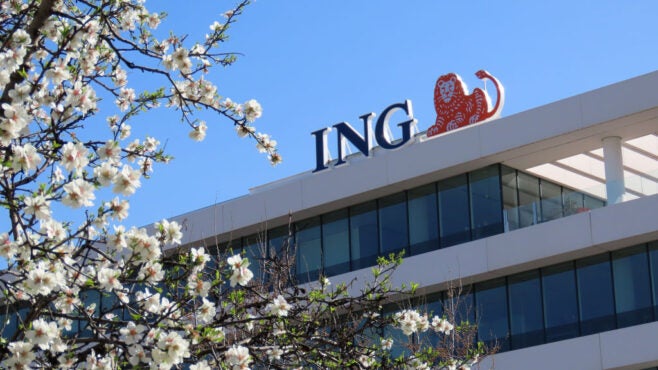 The Dutch group has walked away from deals because it felt the sustainability targets the client was setting were not authentic or deep enough. (Photo by Cristina Arias/Cover/Getty Images)

The banking sector is at the start of its climate transition journey. Many banks have now made net-zero commitments, but for most the hard work has just begun. Ahead of them lies line-by-line analysis of loan books, painstaking integration of new and constantly evolving data and disclosure requirements, and tough decisions on which clients they can no longer support.

It is an arduous process involving armies of consultants, financial technology specialists and many man-hours. Often, decisions have to be made with incomplete information. Many of the technologies or renewable alternatives in sectors like construction, aviation or oil and gas are not yet viable alternatives. Governments have not yet set watertight transition pathways, and where data is lacking or unavailable banks have to rely on assumed knowledge.

But despite these challenges, Dutch group ING now has carbon emission reduction targets covering almost half (45%) of its €600bn lending portfolio, including 70% of its mortgage book, and is on track to align its global lending portfolio with net zero by 2050 or before. That puts it well ahead of many of its peers, according to Capital Monitor analysis.

ING’s approach to climate is twofold, says Anne-Sophie Castelnau, global head of sustainability. “On one side we look at climate action and alignment of our portfolio of loans and on the other we look at climate risk and the way it impacts our clients and our balance sheet.” 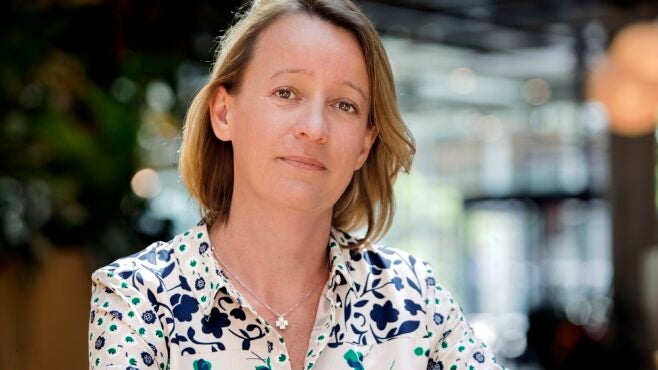 Anne-Sophie Castelnau of ING says the nine most-polluting sectors the bank has exposure to represent three-quarters of its total portfolio emissions. (Photo courtesy of ING)

In 2015, ING became one of the first major banks to restrict financing to new coal and in 2018 was one of five signatory banks of the Katowice statement, committing to “steer their loan portfolios towards the well-below two-degree goal of the Paris Agreement”. It became the first bank to publish its climate alignment progress in September 2019. In August 2021, ING joined the Net-Zero Banking Alliance and committed to aligning its portfolio to 1.5°C, rather than well below 2°C.

Headquartered in Amsterdam, ING has assets of $990bn and is dominated by retail banking, with an enormous lending book. ING’s retail net profits at €2.3bn dwarfed its wholesale division’s take-home of €512m in 2020 – the bank had €436.8bn of customer loans in 2020.

In 2020, Sustainalytics rated the bank number one on sustainability performance against its market cap peer group. The bank has embedded environmental key performance indicators into compensation for chief executive Steven van Rijswijk’s pay, according to analysis by Capital Monitor. His variable remuneration is linked directly to the implementation of Terra, the group’s proprietary climate alignment project.

Terra, which sits at the heart of ING’s strategy, is a toolbox with open-source methodologies that the Dutch firm uses to evaluate its lending portfolio against the goals of the Paris Agreement.

The nine most-emitting sectors the bank has exposure to represent 75% of the total emissions of its portfolio, says Castelnau. “So that’s really where we want to focus and to have an impact. We have worked together with external parties to define a pathway to ensure the CO2 emissions of those various sectors are reducing over time.”

ING has applied the Terra methodology to those nine sectors, of which it deems five to be on track with climate alignment pathways: power generation, automotive, residential real estate, shipping and fossil fuel. Three of the remaining four sectors – steel, cement and commercial real estate – are within 5% of their scenario, the bank says.

The next steps include expanding the Terra approach to the agriculture and aluminium sectors and using it to define interim carbon emissions reduction targets by sector.

Part of the challenge for banks is that addressing climate change is a moving target. New technology, new policy approaches and new scientific data are coming online all the time. Hence while the ultimate goal stays the same, best practice on how to get there is constantly shifting.

In May for example, the International Energy Agency (IEA) published an influential report that changed the baseline for climate goal-setting, with the Net Zero by 2050 (NZE2050) roadmap replacing its Sustainable Development Scenario (SDS).

In October, ING set a short-term absolute reduction target of minus 12% by 2025 from 2019 for the oil and gas sector (its exposure has fallen from $4bn in 2019 to $3.6bn in 2020), after recognising that the IEA’s updated net-zero recommendations put the bank’s existing models out by 20 years.

We have worked with external parties to define a pathway to ensure the CO2 emissions of [our highest-emitting] sectors are reducing over time. Anne-Sophie Castelnau, ING

The revision reflects the challenge faced by many banks: how to set clear transition strategies against a backdrop of constantly evolving scientific research and emerging technology.

Once sectors have been assessed and pathways established, the team uses the information generated by Terra to inform the bank’s decisions on lending or, in its words, to help “steer the portfolio” towards net zero. This plays into both engagement and divestment conversations and at both portfolio and asset or client level.

Credit committees and the bank’s ESG team review Terra’s dashboard to guide overall financing policy direction and draw out specific insights that can be used to assess particular transactions with clients.

“Each project or client goes through a very specific ESG screening, which will determine whether we should or shouldn't do it,” Andrew Bester, head of wholesale banking at ING, tells Capital Monitor. “Sometimes that's very straightforward; sometimes with some of the transitions you end up with real dilemmas.”

Sector experts and analysts will assess each transaction “with a keen eye to what we're trying to achieve from a climate objective” as well as thinking “broadly about a specific business”, Bester says.

“You're applying real sector expertise and trying to come to a judgement of whether this transaction is helping this economy get [to net zero], because we can all sit here and have a lovely theoretical view of leapfrogging technologies ending up with the perfect state, but that doesn't always happen.”

Walking away from deals

ING’s bankers also use the dashboards to assess, at client level, how a company’s current trajectory and future strategies compare to climate scenarios, peers and the market. This arms bankers with the information they need to engage with clients on their climate policies and to ultimately decide whether to go ahead with refinancing or funding new transactions.

Bester recalls ING abandoning a large industrial deal this year after it had been engaged as sustainability advisor. “We walked away on the refinancing and basically terminated the relationship, which is a really big call,” he says. “We just felt that the targets they were sitting were not authentic and deep enough.”

Bester declined to say how many deals ING has turned down or stopped working on, but stressed such decisions were not a “cliff edge” and followed many conversations with the company.

After being turned down by the Dutch bank, the aforementioned company found financing elsewhere. While this may add fuel to the argument that a single bank’s financing policy can have no bearing at all on overall emissions, Bester thinks consistent standards, taxonomy and greater collaboration between banks will begin to turn the screw on access to funding for these laggards.

Bester says the transition will not be without its pain points, and that stranded assets, such as coal, are a major concern.

“Suddenly there’ll be a step change, you’ll suddenly find certain industries reaching a tipping point where suddenly they just lack a critical mass of financing,” he says. “This is why you need to be in the boardroom actively talking to companies and helping them with the transition.”

Castelnau says ultimately there needs to be a “three to tango” approach with banks, the real economy and government regulators not only working together to set appropriate transition frameworks but also to provide concrete policy on whether new oil and gas exploration, for example, should be on the table.

Despite being ahead of its peers, ING’s approach to climate has its critics. Non-governmental organisation Bank Track, which tracks the activities banks finance, notes that ING's 12% reduction target for upstream oil and gas amounts to only $115m over the next four years and “leaves the door wide open for financing” oil and gas pipelines or LNG terminals.

In response, Castelnau points to the need for a just transition and to the spiking price of oil and gas as evidence of the sector’s continued importance to society. “In our approach we’re looking at the climate angle, but also at the social consequences of those choices,” she says. “So all that is all very complex.”

ING is clearly mindful of the consequences of transition risk, but just how much impact it has will only become clearer over time. In addition, its success is very much predicated on stronger policy from governments to drive the climate agenda and provide clearer sector-decarbonisation pathways. Without this, the bank’s financing policy can only go so far.