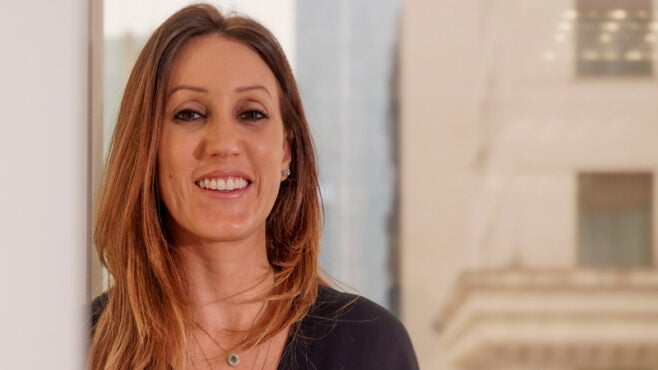 Janaina Dallan of Carbonext worries that swift growth in carbon offset markets may dilute the quality of credits. (Photo courtesy of Carbonext)

Getting the voluntary carbon market right offers a transformational opportunity to channel hundreds of billions of dollars into the developing world and set a price for carbon, Bill Winters, chief executive of British bank Standard Chartered, told a select audience at Cop26 in Glasgow.

Winters has long banged the drum for carbon offsets, a process by which emissions-heavy companies can buy credits based on projects elsewhere – usually in developing nations – to meet their net-zero commitments. As chair of the Taskforce on Scaling Voluntary Carbon Markets (TSVCM), which has since become the Integrity Council for Voluntary Carbon Markets (ICVCM), Winters advocates for the creation of “transparent, verifiable and robust” offset markets.

A cynic might also say Winters spotted an opportunity for his emerging markets-focused institution to get ahead in the race to capitalise on a growing market that is expected to create plenty of money-making opportunities for the world’s banks. With the rapid proliferation of companies making net-zero pledges, the demand for carbon offsets is swelling accordingly, and that trend is expected to continue (see chart below). But carbon markets are divisive.

Advocates see them as a critical tool in corporate emissions-reduction efforts that have the added benefit of helping to fund projects – many of which are located in the Global South – that can reduce, prevent or remove carbon emissions.

Critics say carbon offsetting incentivises corporate inaction – by effectively allowing companies to pay to avoid having to clean up their own businesses – and that offset quality varies wildly with, in some cases, no proven pollution-cutting benefits.

Both the voluntary and regulated carbon markets were given a major boost by the agreement at Cop26 to implement Article 6 of the 2015 Paris Agreement. This sets detailed rules for the trade in emissions reductions between countries. Key elements of Article 6 – such as reaching an agreement on the mutual recognition of different trading schemes at government level, a new centralised UN trading mechanism and an agreement to end the double counting of emissions – do not directly apply to the voluntary market, but are important for legitimising these markets.

“Article 6 put in place the guidelines for how we can build this market,” Chris Leeds, head of carbon markets development at Standard Chartered, tells Capital Monitor. “We've got the blueprint – we now have to go out and follow the blueprint and start putting down the foundations and developing the rules.”

The ICVCM is working hard to address these issues by creating a standard definition of what a high-quality carbon credit should look like. Once these Core Carbon Principles are agreed, voluntary carbon markets are expected to boom. The voluntary carbon market hit $1bn in size this year and is forecast to reach $50bn by 2030, according to the ICVCM. It could ultimately even hit $180bn a year, according to TSCVM estimates published in January (see chart below).

However, experts are concerned that the rapid growth of the carbon offset market could lead to a dilution of standards and see project developers scramble to meet demand with low-quality credits.

Janaina Dallan, co-founder and co-CEO of Brazilian carbon project developer Carbonext and member of the expert panel at the ICVCM, says she is worried by the rapid growth of the market.

As it stands, there is already a “severe supply crunch” in quality carbon credits given widespread wariness of low-quality credits, says Mikkel Larsen, who in November became CEO of Climate Impact X (CIX), a global marketplace for carbon credits. He was previously chief sustainability officer of Singaporean bank DBS, the joint founder of CIX alongside Singapore Exchange, Standard Chartered and Singapore state investor Temasek.

On 1 November, CIX sold 170,000 carbon credits via auction from eight recognised natural capital solution (NCS) projects at $8 per tonne. That is well below the $100 that experts say carbon needs to cost if net zero is to be reached by 2050.

Demand is currently coming from corporates that want to make an environmental claim, and there is only so much they are willing to pay to make such a voluntary claim, says Leeds of Standard Chartered.

Most carbon projects currently focus on nature, he adds, such as reforestation, avoiding deforestation, mangroves, peatland restoration and other agricultural activity. "These are the lowest-cost projects that can reduce emissions in significant volumes and would not get financing otherwise."

As lower-cost carbon projects get bought up, buyers will have to invest in more costly abatement activities, driving prices higher, Leeds says. "As an aside, the projects that trade on CIX at $8 per tonne are now worth closer to $15 per tonne."

Voluntary and compliance carbon market prices will likely converge over time, he adds, as the source of abatement will be the same in the long run. And they will converge more quickly if a formal link is created between them, Leeds says. "For example, in Japan and Korea corporates are allowed to use carbon credits to meet their compliance obligations."

As clearer standards emerge, pricing will start to converge around a single price, agrees Larsen, though very high-quality projects will always demand a higher price.

Several corporates made commitments at Cop26 that should boost the amount of high-quality carbon credits in circulation, Larsen says. For instance, Inter Ikea Group, which owns Swedish retailer Ikea, pledged to invest an additional €300m (£171m) in green energy and forest planting

But banks must also participate, Larsen adds. “What we need is for banks to do is be brave and offer debt financing or blended financing to the project developers to a greater extent than they do today.”

Financial institutions have a key role to play in deal origination and financing for carbon offsets, Leeds agrees. Many carbon projects are relatively small-scale – with values merely in the hundreds of thousands or low millions of dollars – and so would need to grow quickly to meet demand.

“A bank can come in, bring tens of millions [of dollars] and take [a project] to a different scale,” says Leeds. Standard Chartered appears well-suited to source such projects, given its footprint across 59 countries and the billions of dollars of trades it facilitates in emerging markets each year.

Capital should be channelled into training people to develop projects rather into the deals themselves. Luciano Corrêa da Fonseca, Carbonext

But some feel the market is not ready for financing at the scale offered by banks. What is needed are more on-the-ground project developers, argues São Paulo-based Carbonext, which works with local groups to originate and develop carbon projects in Brazil. Demand is so strong that all of the company’s credits are sold before they hit the market, says Dallan.

Capital should be channelled into training people to develop projects rather than into the deals themselves, says Luciano Corrêa da Fonseca, Carbonext's co-founder and co-CEO alongside Dallan. Carbonext has a backlog of 30 projects to develop and an abundance of money to fund them, he adds.

Carbonext’s approach to ensuring integrity involves the use of satellites and radars to monitor the health of rainforests through the life cycle of the credit. All of its credits are verified by Verra, the most widely used offset certification programme.

Market-making is an obvious next step for banks, many of which are already involved in trading regulated carbon markets, such as the European Union’s Emissions Trading System (EU ETS).

For that to happen, carbon offset market-makers would need forward prices to be able to hedge their positions, says Gerald Podobnik, chief financial officer of the corporate division at Deutsche Bank.

Accordingly, CIX is preparing ground for a futures market as it works to first develop its spot market offering, Larsen says. The platform is working with banks to build standardised contracts first and promote spot trading. “Once that happens, you have a price time series on which to build a futures product,” he adds.

Market-making is a possibility, says Standard Chartered’s Leeds, but he wants more certainty on how carbon credits would be treated by regulators – namely how much capital banks would have to hold against them. Prohibitive capital requirements would make it difficult for banks to act as intermediaries, he adds.

As it stands, Standard Chartered is not yet trading carbon credits, says Leeds. “We want to be sure that when we do it’s going to be for good-quality carbon credits and not ones that could be seen as being poor quality.”

Developments in the mandatory carbon markets may offer some indication of the direction of travel. The EU is consulting on lowering the capital requirements for banks trading emissions in the EU ETS.

For their part, Carbonext’s founders voice concern about the rush to develop secondary trading mechanisms. Their model is built on ensuring 70% of the sales of the carbon credits return to the people who own or manage the land. They worry that dislocating the carbon credits from their point of origin will lead to mispricing via brokers.

The carbon market is yet not mature enough to support secondary trading, which is done to make a profit, says Dallan. “We still need that profit to go to developing technologies that [can make] real reductions in emissions to fight climate change.”

One might also argue that the faster the market can scale up and attract participants – with banks' help – the better it will be for the environment.

Either way, the direction of travel is encouraging.