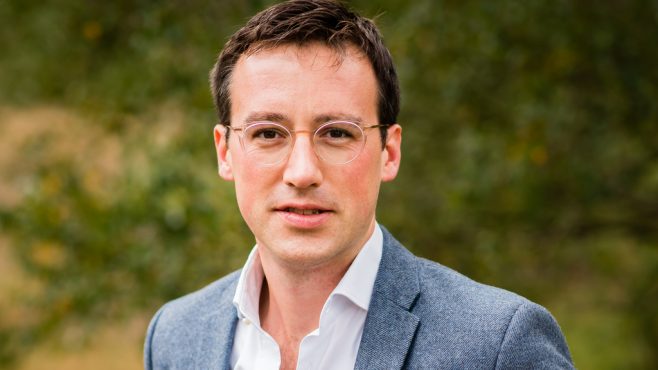 Eurosif’s Victor Van Hoorn believes it’s bad for the EU’s reputation to stop halfway when rolling out rules that will have a big impact. (Photo courtesy of Eurosif)

A multi-trillion-dollar market in Europe, sustainable funds represent the fastest-growing area of the region’s retail investment industry, yet many such products may not end up satisfying new regulatory criteria, thereby raising risks of greenwashing.

The central issue is that the European Union’s new Sustainable Finance Disclosure Regulation (SFDR) still lacks any technical guidance on the criteria for compliance. This has created confusion and uncertainty in the investment industry and led some asset managers to make their own assumptions when categorising the funds they offer.

The SFDR forms part of the EU Green Deal, a package of policies announced by the European Commission (EC) in December 2019. It came into force on 10 March this year. Asset owners, asset managers and financial advisers that sell pension or insurance-based products to EU-based investors are all affected.

“It’s not great for the EU’s reputation to be rolling out reforms that have a big impact, but stopping halfway and leaving them half-baked,” says Victor Van Hoorn, executive director of Eurosif, a sustainable investment trade association that represents some 500 financial institutions across Europe.

These rules are meant to be anti-greenwashing, but they’re so vague it’s hard to know how to approach it all. Kristian Håkansson, SPP

“The SFDR has already evolved into a common language, but it’s not always clear that we’re talking about the same thing,” he tells Capital Monitor. “[The current approach] is like putting words in the dictionary but not including what they mean.”

The confusion centres around the classification of investment funds as ‘light green’ (article 8) or ‘dark green’ (article 9) according to their level of sustainability. The EC has provided some high-level, principles-based guidance (‘level 1’) but has not yet released details on exactly what qualifies in each of the categories.

There are admittedly draft technical standards in circulation. But the content is likely to change because the delay in finalising it is down to disagreements between the EC and the European Parliament. The differences in opinion underscore just how difficult it is to set standards in the still nascent sustainable investment market.

There is no set date for the final technical standards’ release, says an EC spokeswoman, but “the aim is to proceed as soon as possible”. In any case, she adds: “Application of the regulation can be done even without the technical standards.”

Investors might well disagree. If fund managers and distributors press on regardless, however, their clients will likely be less certain of the sustainable nature of the products they are buying – not more.

The SFDR rules require asset managers to classify each of their funds under article 6, 8 or 9. An article 6 product does not incorporate any kind of sustainability in its investment process, says Dutch fund house Robeco, though Deloitte says there may be some discussion of how sustainability risks are integrated into investment decisions for such funds.

Article 8 promotes environmental or social characteristics. An article 9 product has sustainability as its central objective and is considerably more tightly defined.

And yet, despite the lack of guidance, some firms have already classified a large majority of their funds under the SFDR. Others, meanwhile, have been far more cautious.

Nearly a quarter (24%) of all funds domiciled in the EU – representing €2.5trn ($3trn) of assets – have been classified as article 8 or 9 funds (see pie chart above). Prior to the new rules, products labelled as sustainable in Europe totalled around €11trn.

[The EU’s current approach to SFDR is] like putting words in the dictionary but not including what they mean. Victor Van Hoorn, Eurosif

“There’s certainly a risk that some asset managers are classifying their funds [as 8 or 9] for communication or marketing purposes,” says a senior official at a European securities regulator speaking on condition of anonymity. “We acknowledge that it’s an uncomfortable situation for asset managers because there are clearly grey areas and open questions, but it is ultimately down to them.

“Greenwashing is at the core of this discussion, and I know some feel that there is greenwashing going on around articles 8 and 9. Our focus is getting clarity – only then will we know who’s applying the regulation properly.”

“These rules are meant to be anti-greenwashing, but they’re so vague it’s hard to know how to approach it all,” says Kristian Håkansson, head of product and marketing at SPP, a Swedish subsidiary of Norwegian asset manager Storebrand, which has $311bn under management.

Some firms may have to reclassify their funds, which would be a “huge failure”, says Kristian Håkansson of SPP. (Photo courtesy of SPP)

“We’ve been focused on this a long time, so we have a lot of KPIs we can already use, but I understand the reluctance of others,” he tells Capital Monitor. “[But] those that have been particularly generous [in classifying funds as green] may find it hard to explain in their annual report. Some may have to reclassify their funds, which in our view would be a huge failure.”

The differences in asset managers’ approaches are striking. SPP, which has long had sustainability at its core, has designated 100% of its funds as article 8 or 9. Håkansson says SPP is confident that its existing disclosures will comfortably meet the EU’s final requirements.

Meanwhile, France’s BNP Paribas Asset Management, with $474bn under management, has included 80% as article 8 or 9. Its even larger peer Amundi has designated 60% of its relevant products under articles 8 or 9, putting it way out in front in terms of the absolute number of compliant funds (see graph below).

At the other end of the spectrum, Vanguard has designated just six of its 63 SFDR-scope products. A spokesman says the $7.5trn US fund giant “takes a disciplined and thoughtful approach to product development”.

JP Morgan Asset Management was initially more cautious but has now classified 55 article 8 and 9 funds, around 43% of those it manages that fall in the scope of SFDR. A representative for the $2.5trn US fund house says it remains “focused on a thoughtful and thorough approach to the implementation of SFDR”.

Both US fund managers say they will be working to categorise more products as articles 8 and 9, including launching new products, in the coming months.

“We are seeing differences in how asset managers classify their funds,” confirms Leslie Gent, head of responsible investing at Coutts. The British private bank is not subject to the SFDR yet but has been a close observer. “This highlights the importance of having a comprehensive due diligence process, and not relying on particular data points without validating accuracy or integrity.”

There’s a risk that some asset managers are classifying their funds [as article 8 or 9] for communication or marketing purposes. A senior official at a European securities regulator

There are certainly some questionable categorisations being made. Some article 8 products have exclusion policies for weapons and tobacco, for instance, but do not go any further to integrate ESG strategies. Others include fossil fuel exposure.

Such differences in approach will not make things easier for investors.

Another issue hindering SFDR classification is that the data being disclosed relates to underlying investments – so the investee companies need to provide it.

Again, lagging regulation is creating problems here. The EU’s Corporate Sustainability Reporting Directive, which obligates companies to report this data, is not yet in force, meaning many are reliant on proxies.

Eurosif and other market participants are concerned that if EU-wide technical guidance cannot be agreed upon, national regulators will step in to fill in the gaps – which risks considerable fragmentation.

In a February briefing, Spanish regulator CNMV said it would “disseminate criteria to the sector… in the absence of implementing technical standards”.

The anonymous senior official at a European securities regulator tells Capital Monitor he would not rule out such a development, but does not feel it would be an ideal outcome.

“Reaching a European view is the priority, but providing our own interpretation is an option on the table,” he says. “At some point we would have to consider this. If it did happen, then the fragmentation risk would be quite high. Cross-border distribution might not be impossible, but managers would be reporting in a different way.”

If national regulators were all to agree a slightly different approach, it would be even harder for people to make sense of and would inadvertently create barriers in the sustainable fund market, agrees Van Hoorn.

That looks very far from the increased certainty for investors that the EC envisaged when it proposed the SFDR rules.