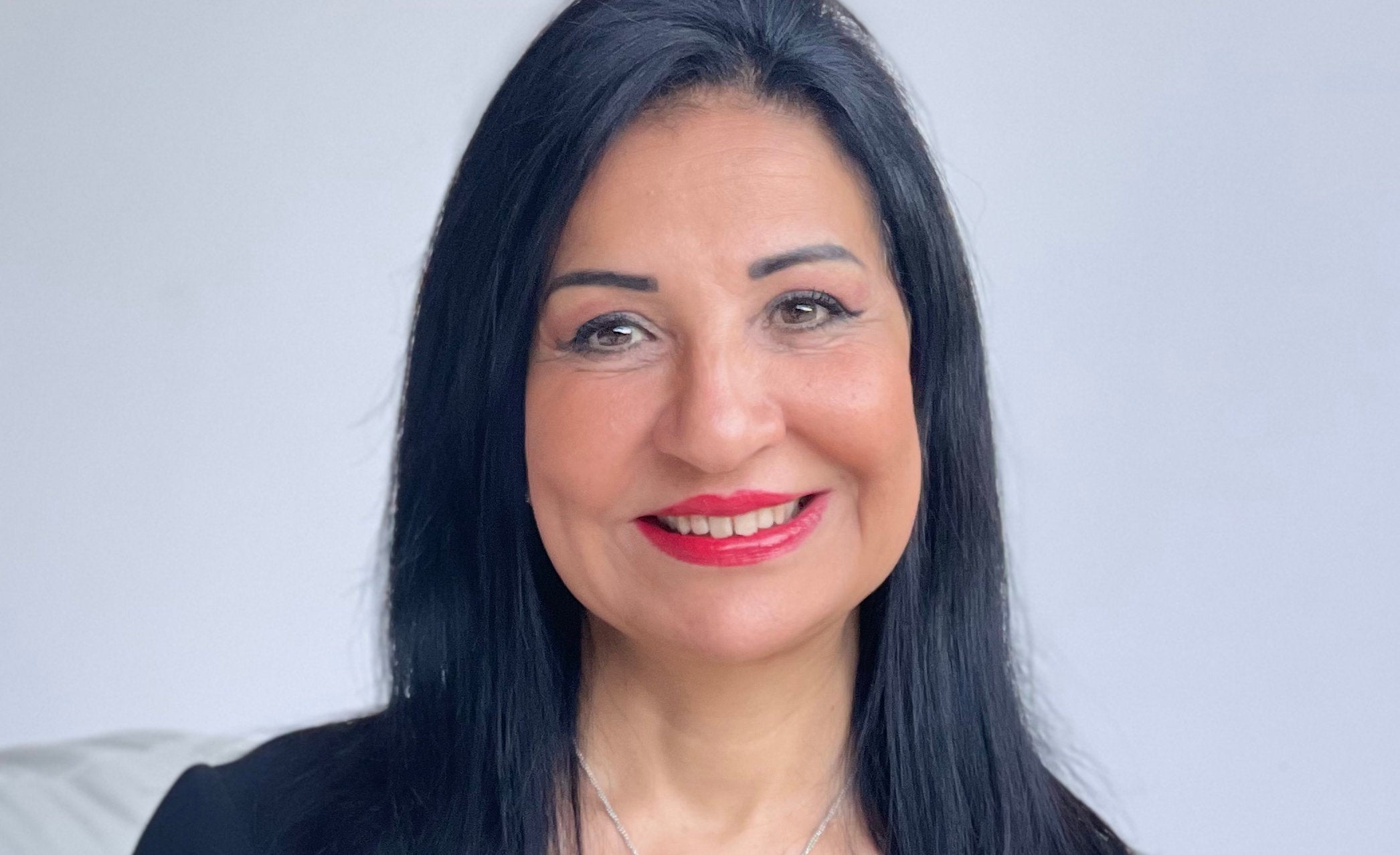 Egypt is particularly vulnerable to global warming. Reliant on the River Nile for some 90% of its water supply, the country has suffered more than most from reduced crop yields, quality livestock losses and heightened food insecurity in recent years.

Its government is therefore taking climate change very seriously. In early September it launched a bid to host COP27, the next global conference for world leaders on the issue. And policymakers in August unveiled a plan to address the impact of climate change, which will run alongside the government’s sustainable development strategy, Egypt Vision 2030.

The country’s financial services industry is also playing an essential role in driving finance and awareness to key sectors of Egypt’s economy. With the pandemic forcing banks in the country to pay more attention to ESG issues, amid strong guidance from the Central Bank of Egypt (CBE), the sector is adopting and integrating ESG practices.

At the forefront of this drive is CIB, Egypt’s largest privately owned bank. A founding signatory of the UN Principles for Responsible Banking, the group has been working to embed ESG throughout its operations since 2011. It was named as Africa’s first representative in the Net-Zero Banking Alliance steering group, convened by the UN in April.

CIB offers a range of green financing products and incentives for its corporates to increase sustainable activities, and is helping clients prepare for mandatory ESG and climate disclosure requirements due to come in next year.

What’s more, the bank in August became the first in Egypt to issue a green bond. The $100m note was bought wholly by the International Finance Corporation (IFC), the World Bank’s private sector arm. The proceeds will be used to support projects that promote sustainable solutions to climate change, such as renewable energy, water and waste management, industrial energy efficiency, green buildings and resource efficiency.

Global green bond issuance could total $500bn in 2021, having hit $227.8bn in the first half of the year, according to the Climate Bonds Initiative, a green finance not-for-profit organisation, but it has been slow to take off in Africa. In September last year the Egyptian government issued its debut green bond, setting a $750m five-year benchmark for the country’s corporates.

CIB’s deal comes shortly after the CBE in July called on the country’s banks to support the UN-backed Sustainable Development Goals by channelling funds to more sustainable economic activities and issued guiding principles to that end (see table below). They add to rules for issuing green bonds in the country that have been in place since 2018.

[Egyptian corporates] know if you position yourself as a green-friendly company, you’re in a better position to attract capital and add shareholder values. Walid Labadi, International Finance Corporation

“We’re getting a lot of interest from Egyptian corporates to issue their own green bonds, so [CIB’s green bond] has done what we wanted in creating this buzz and enthusiasm for sustainability,” says Walid Labadi, regional director for Egypt, Libya and Yemen at the IFC. The organisation had worked with CIB and the CBE to structure the transaction.

Indeed the country’s companies are willing to raise green bonds even if it does not necessarily give them better pricing than conventional debt, Labadi says. “They read around the world and know if you position yourself as a green-friendly company, then you’re in a better position to attract capital and add shareholder value.”

Egypt’s focus will be on building a green bond market before considering social or transition bonds, he adds, and there is already interest in the former.

CIB does not yet exclude sectors or clients beyond those on the IFC’s exclusion list, but it does seek to ensure clients are on the right track.

“With an oil and gas client, if we identify a project has a high-carbon impact, we take precautionary measures,” says Abdel Kader. “We do not say no to [providing] funding, but want to make sure they know the business case of sustainability and bring the right consultant on board to make sure the journey doesn’t have an environmental or social cost.”

The CBE has also partnered IFC on the latter’s 30 by 30 Zero programme. It aims to help the banking sector increase climate-related lending to 30% and reduce exposure to coal-related projects to zero by 2030.

IFC estimates that the banking sector must increase the share of such financing on its loan books from 7% to 30% over the next decade to facilitate the funding needed to help countries meet their Nationally Determined Contributions (the emission-reduction goals to which signatories to the Paris Agreement have committed). Participating countries are free to set their own climate lending target – it does not have to be 30% – and are given technical assistance by the IFC.

“We’re working with the CBE to develop what those targets would be [for Egyptian banks],” says Labadi. “I don’t think we’re quite ready for a mandated target yet, but we’re creating awareness and may well get there.” 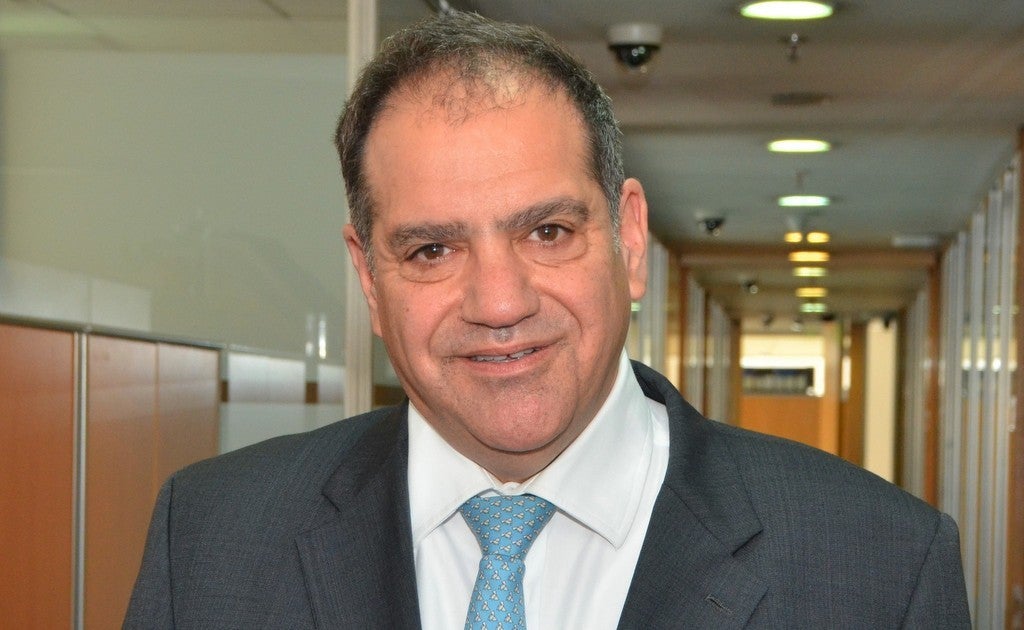 Walid Labadi of the International Finance Corporation says the organisation is working with Egyptian banks to embed ESG standards in how they evaluate loans. (Photo courtesy of the IFC)

The CBE has a history of directing lending activity. Earlier this year it instructed banks to increase the portion of their financing to small and medium-sized enterprises from 20% to 25% by the end of 2022, having set the 20% rate in 2016.

It is often the case that banks have more green assets than they think they do, Labadi says, so IFC is working with them to embed ESG standards in how they evaluate loans. “It’s about creating awareness of those assets and how they can enhance their liquidity with those assets.”

IFC also helps banks develop innovative climate-friendly products or services and is doing so in Egypt. It is working with Bank of Alexandria, Agricultural Bank of Egypt and National Bank of Egypt on a financial technology solution that will allow farmers to buy solar pumps to irrigate their land, replacing the hundreds of thousands of “dirty and inefficient” diesel pumps that do the job now.

CIB is also working with the European Bank for Reconstruction and Development to provide women outside the Cairo area – a typically underserved segment – with access to finance and is developing products specifically for them.

But one of the biggest sustainability-related challenges the CIB faces is seemingly more mundane but very important: helping clients to understand and meet new ESG disclosure requirements.

From 1 January next year, banks in Egypt will have to integrate ESG and climate change into their risk reporting, product portfolios and data systems. Mandatory ESG reporting requirements are also coming in for listed companies and non-bank financial services firms at the same time. Companies will have to provide the domestic Financial Regulatory Authority with quarterly updates on their progress.

Abdel Kader says the CBE’s approach is both aggressive and progressive, particularly as understanding of the impact of climate change and the data required for it is still in its infancy.

The bank is well versed in data collection, more so even than many of its global peers. It has been reporting to the Carbon Disclosure Project (CDP) since 2018, when it revealed its total carbon emissions to be 36,370 million tonnes of CO2 equivalent in its inaugural and still most recent 'Carbon Footprint Report' that year.  CIB also signed up to the Science-Based Targets initiative in 2018, and remains the only African bank to have done so. The group’s 'Sustainability Report' for 2019 – issued in June last year and compiled with Dutch standard-setter Global Reporting Initiative – was its fifth.

But while CIB has committed to delivering a 10% reduction in its 2018 operational carbon emissions by 2025, it has set few formal targets for cutting its financed emissions. Abel Kader did not provide further details on whether or when it might do so.

“We are still progressing to reach the stage whereby our credit portfolio and investment portfolio should reduce the carbon footprint to eventually reach zero emissions,” she adds. “We're pleased to have a data ecosystem [in place] that can measure this.”

In many cases, clients seem less interested in engaging with CIB on data collection unless it entails a clear benefit for them. Heba Abdellatif, CIB

The same cannot be said for many of its clients. While big multinationals, such as conglomerates Procter & Gamble and Unilever, speak the same language, the local corporate clients are further behind, Abdel Kader says.

The first challenge is awareness. “Does this issue have business relevance, what are the barriers, how does it affect the bottom line?” she says. To address this, CIB is hosting workshops, first in the food and beverage sector, then in agribusiness.

But in many cases clients seem less interested in engaging with CIB on data collection unless it entails a clear benefit for them, Heba Abdellatif, the bank's head of debt capital markets, says frankly. “When you ask for information, unless there is a grant component or a tangible cost reduction, they tend to be slow responding.”

So the bank has introduced a ‘green matrix’ pricing range to incentivise them.

CIB appears to have a strong handle, and be setting a worthy and pragmatic example, on how to tackle ESG issues in its domestic market. The bank may be lagging behind on plans to cut carbon emissions, but it is making solid progress in other areas of its sustainability strategy.