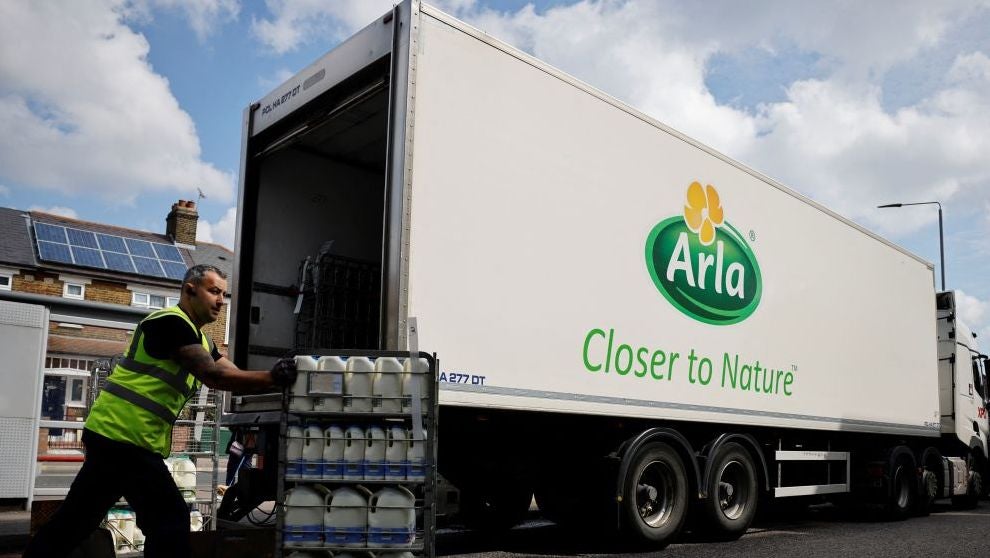 Danish dairy products company Arla Foods is being sued by the Swedish ombudsman for claiming that its milk has a net-zero carbon footprint. (Photo by Tolga Akmen / AFP via Getty Images)

“As a consumer, you might want to pay more for a sustainable product, but the correlation between purchasing behaviour and sentiment is not ticked and tied,” the chief engagement and sustainability officer of synthetic biotechnology company Amyris told Capital Monitor during the Cop26 climate summit last week.

Beth Bannerman, whose California-based firm has developed cosmetic and food products by synthesising sugar cane, gets to the heart of a key problem with the consumer market and sustainability. There is a huge disconnect between what consumers want to do and what they should be doing.

A new report by US market research company Dynata highlights the issues. Nearly seven in ten (68%) of consumers prefer to buy products and services from companies that are environmentally responsible, found the poll of 12,096 people across 12 countries, conducted in September and October. That figure slipped 14 percentage points to 54% if the products were more expensive (see chart below).

But the Dynata report underlines a deeper and more complex problem than simply cost: the role of corporations in all this.

Two-thirds (66%) of respondents agreed with the statement that “companies say they care about the environment, but their actions fall short of their words”.

“It has been a consistent reaction over the past year that people think companies say they care about the environment but don’t actually do anything about it,” says Nancy Brigham, vice president of research science at Dynata.

While consumers are sceptical about business in general, they tend to put that caution aside when they consider their own shopping, shows another international consumer survey, also released just ahead of Cop26 and focused on companies.

Who Cares, Who Does?, an October study by London-based market research firm Kantar Worldpanel, talked to some 90,000 consumers across 26 countries. It found that the world’s most environmentally conscious shoppers – it has dubbed them “eco-active” – are expected to spend $446bn this year (up $70bn on last year) and $925bn in 2026.

This means the growth of green shopping is five times the grocery market growth rate and green shoppers now account for 22% of consumers globally – with that figure having risen six percentage points since 2019. 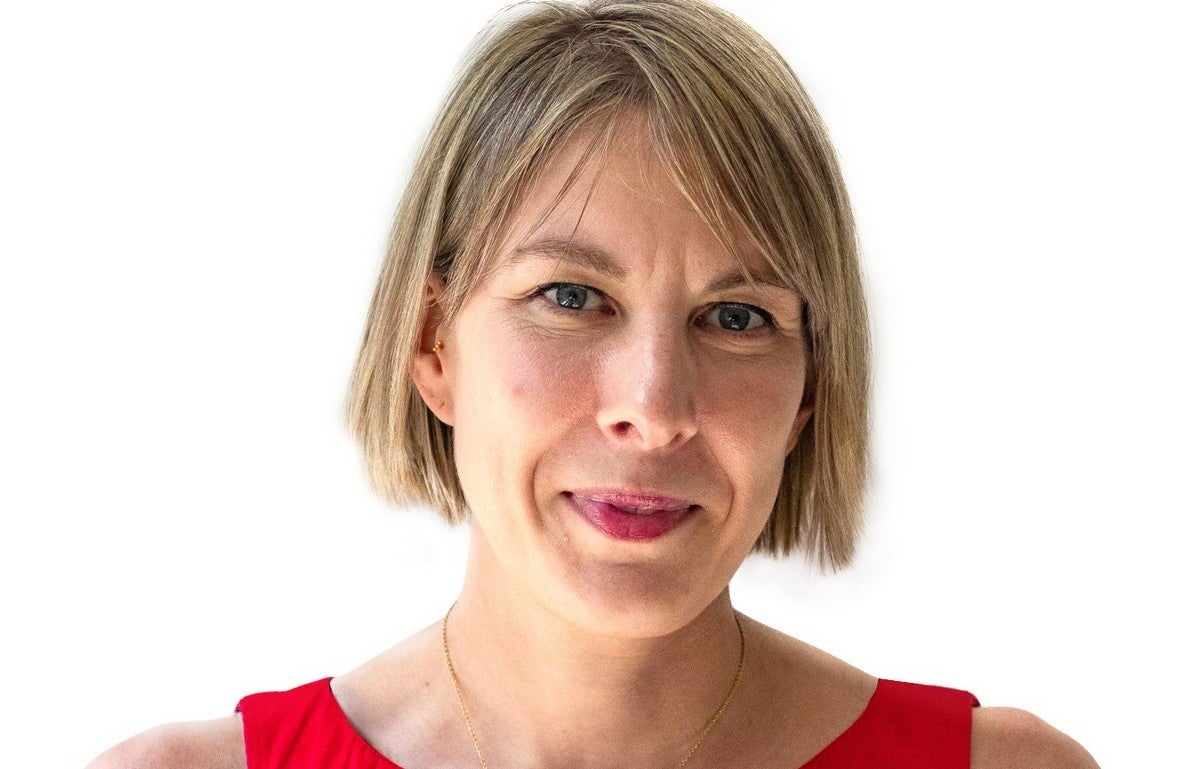 Natalie Babbage of Kantar Worldpanel says people do not know always know the parent companies that sit above their brands. (Photo courtesy of Kantar WorldPanel)

“Sustainability is on the minds of a lot of people and is reflected in the size of the eco-active market,” says Natalie Babbage, one of the report’s authors and a director at Kantar.

Two-thirds of shoppers, the study says, have stopped buying a product or service because it was unsustainable. Wet wipes and mineral water are examples of goods that consumers are now less likely to buy, Babbage says.

Another typical ‘eco’ purchasing strategy is for a shopper to pay more for a brand that is supposedly more green, she adds. “If I’ve got concerns about [a chocolate manufacturer’s] trade, then my alternative wouldn’t be to stop buying chocolate – it would probably be to trade up to a more expensive brand with more credentials.”

So far, so well-intentioned. However, some of the brands perceived as green are not quite the paragons that consumers believe them to be (see chart below).

Food and drinks conglomerate Nestlé, seen in the survey as having the most positive impact on the environment of any brand globally, will contribute to a 1.72% rise in temperature by 2050, according to index and analytics firm MSCI. It compares favourably to sector peers such as Procter & Gamble and Unilever, on 2.01% and 1.75%, respectively.

Soft drinks giant Coca-Cola ranks second in the list and has an implied temperature rise of 2.33%. Polish mineral water company Zywiec Zdrój, is ninth on the list, with 2.76%, while Saudi Arabian dairy company Almarai – ranked fourth – is likely to contribute to a massive 4% rise in temperature by 2050.

Some companies do a better job of living up to green brand claims. Brazilian cosmetics giant Natura – which owns The Body Shop and Avon and was rated third best for the environment in the Kantar survey – will contribute to a 1.31% rise in temperature by 2050.

Customers do not always know the parent companies own the brands, says Babbage. Although consumers believe Zywiec Zdrój is green thanks to its advertising, they may not have not made the connection that it is owned by French multinational food group Danone, which is responsible for the 2.76% implied rise in temperature mentioned above.

A further issue is that implied temperature rise data is not always available for companies, with many being privately owned and not disclosing their emissions data.

The companies appearing in the top ten list came as a bit of a shock, and there has been a lot of pushback on [Kantar Worldpanel's] findings. Natalie Babbage, Kantar Worldpanel

But the research clearly underscores the wide gap between consumer perception and reality. Babbage admits the companies appearing in the top ten list came as “a bit of a shock” and that there has been a lot of pushback on the findings. But she says she stands by them, “because we asked people proactively to think about brands doing a lot”.

It is little surprise, then, that companies that focus and spend heavily on marketing often feature high in the Kantar list. Nestlé, for example, increased its spend on marketing and administration for the first six months of the year by 15.4% to £6bn ($8.05bn). As a result of the Covid-19 pandemic, advertising spend at Coca-Cola dropped 35% last year to $2.8bn, but the company has said that these are expected to rebound to 2019 levels this year, increasing by $1.5bn to $4.2bn.

Nestlé has been particularly active in recyclable packaging, says Babbage; “the sort of thing that you would see on the shelf when you’re shopping in impulse sections of the store”. And Coca-Cola has put a great deal of effort into recycling in Latin America, for instance, with returnable products and paying for recycling plants.

Such moves are what Babbage calls “super visible”: it is the headline claims that tend to stick in the minds of consumers.

“It’s an absolute fact that most people do not want to go too far under the hood,” says Babbage. For instance, while 38% of consumers check whether a product’s packaging is recyclable, that slips to 21% for those who check if a product contains palm oil and to 17% for a Fairtrade mark, according to the Kantar poll (see chart above).

Regulators appear to be responding to such issues. Danish dairy goods company Arla Foods is being taken to court by Sweden's consumer ombudsman for claiming that its milk has a net-zero climate footprint.

“It is often difficult for ordinary consumers to understand how good a product is, or in which case how much less harmful it is, to the climate,” said Ida Nyström, process adviser at the ombudsman in a statement on 11 November.

Robert Höglund, a Swedish adviser to organisations on carbon removal and climate policy, said in a comment on LinkedIn last week: “This [case] really highlights the need for clear standards on net zero, and shows that it’s better to describe what you have done for the climate without making claims.” 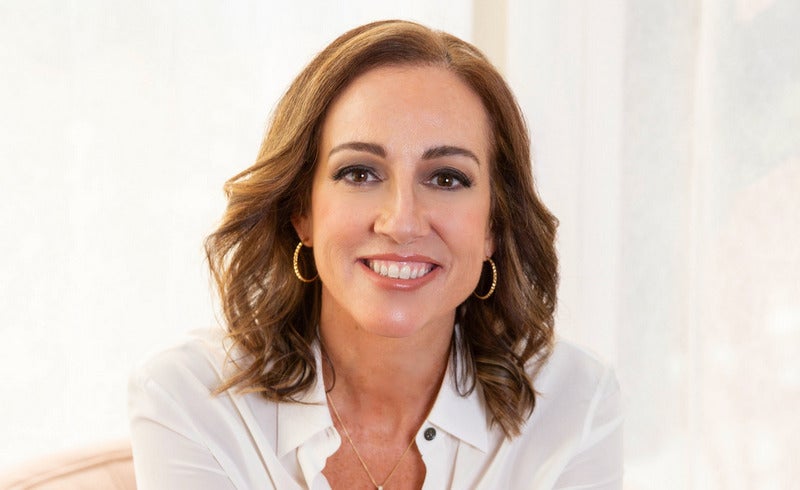 But how can companies with genuine claims to sustainability get their message across? The answer appears to be communication.

“‘Sustainability’ is everywhere. Everybody says that they’re doing it, but not everybody is doing it,” said Amyris's Bannerman at Cop26. “We need to demonstrate that we are actually a company with integrity.”

The “non-negotiable filter” that Amyris uses throughout the product development process incorporates sustainability, performance and cost, she said.

On the first point, sugar cane is relatively non-land-intensive and highly regenerative, Bannerman added, and this features heavily in the company’s advertising. As for performance, products must also do what they are supposed to do: customers will not buy a shampoo that does not wash hair properly, she noted.

Promotional power also helps. Amyris’s Biossance skin care brand has a cult following in the fashion press, with celebrity endorsements from actors such as Reese Witherspoon.

But, as the Dynata report suggested, price is key. “We make sure that our cost of goods becomes lower than existing offers out there,” said Bannerman.

This successful combination has helped drive Amyris's share price up 268% over the past year.

Convincing marketing – and the right price – are clearly crucial, whether a company has a genuine claim to sustainability or not. Which is perhaps where regulators should be coming in to prevent misselling, especially given how widespread corporate assertions of 'greenness' have become.