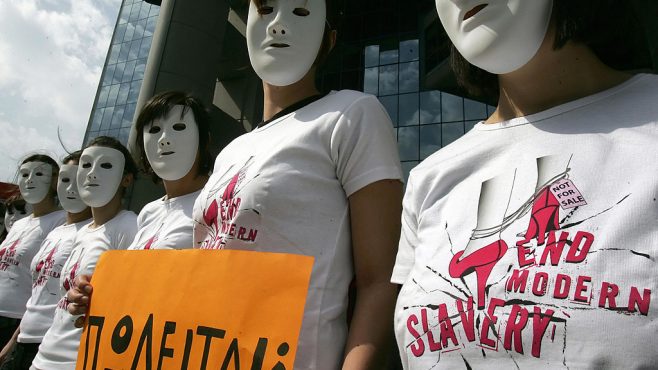 The bombshell that hit UK online fashion retailer Boohoo last year unveiled shocking corporate practices around working conditions and pay and thrust modern slavery into the spotlight. The scandal has served to heighten public awareness of the issue and push some British companies to increase scrutiny of their supply chains, while a few are already ahead of the curve.

More broadly, mounting evidence of the alleged repression of Uighur Muslims in China’s Xinjiang province is an even starker indicator of the problem. Apple, Jaguar, Gap, Huawei, Land Rover, Nike, Samsung and Sony are among 82 household names whose supply chains have been “tainted” by using forced Uighur labour, according to a report published in April by the Australian Strategic Policy Institute.

Yet monitoring and managing supply chains remains fiendishly difficult. Unearthing problems is only part of the challenge; how to address them is another question.

The increased focus on modern slavery has come not before time. The scale of the problem – even in the most advanced economies – is heavily underestimated.

The British government estimates there are between 10,000 and 13,000 victims of modern slavery residing in the UK alone (see graph below). But the true number is likely to be ten times higher, potentially at least 100,000, says Justine Currell, executive director at British anti-trafficking charity Unseen, speaking at a webinar hosted by risk management software provider Alcumus on 20 May.

That estimate is in the same ballpark as figures calculated for the UK in the 2018 Global Slavery Index by Australian human rights organisation Walk Free, Currell adds.

The number of people working in modern slavery for British companies outside the UK is not tracked but is likely to be many times higher. Globally, there are 24.9 million victims of modern-day slavery or forced labour, with $150bn being raised off the back of abuse and exploitation of individuals, according to the International Labour Organization.

Domestic work, agriculture/forestry, construction and manufacturing are among the worst-offending sectors globally. And migrant workers are particularly vulnerable, not only to violence and intimidation, but often to more subtle forms of abuse. These include the withholding of wages, debt accumulated from exorbitant recruitment fees, and the retention of passports or other identification documents.

As for the annual economic cost of slavery in the UK, Currell again says the government estimate of £4bn is “meagre” and puts it at nearer £40bn.

Yet despite the implementation of the Modern Slavery Act (MSA) in 2015, as Capital Monitor reported last month, companies have generally been slow to act.

The law requires any British business with annual turnover of more than £36m to produce an annual slavery report. There are still at least 3,000 companies that should be filing such a report but have not done so, according to Anthony Hanley, vice president of global supply chain at Alcumus, who was speaking at the webinar.

However, Boohoo’s issues, for instance, went well beyond failing to issue such a statement. An investigation found that workers at a company in Leicester linked to the fashion giant were being paid just £3.50 ($4.95) per hour. The British statutory minimum wage is £8.91 for those aged over 23. 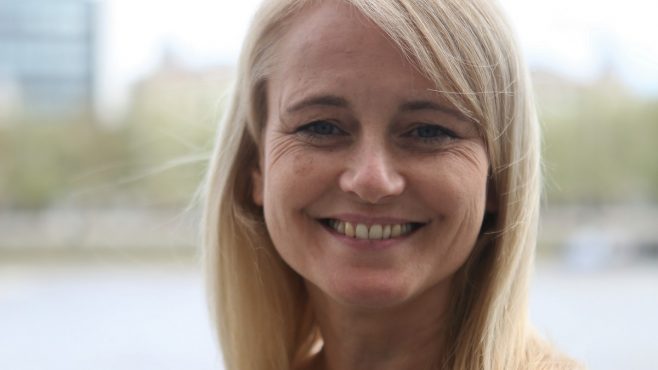 Justine Currell of Unseen: The line between exploitation and slavery is sometimes blurry. (Photo courtesy of Unseen)

The corporate financial and reputational costs are clear. Despite rapidly addressing its failings, Boohoo’s share price is around 25% down almost a year after the revelations first emerged. The company did not respond to Capital Monitor emails requesting a comment.

David Picton, senior vice president of ESG and sustainability at Alcumus, has little sympathy for companies in such a plight. Speaking to Capital Monitor, he says: “Exposure in a media story is probably the classic sense of having failed to recognise the triggers along the way.”

Examples of the financial losses at stake include the loss of clients and contracts, in addition to a declining share price, he notes.

Firms with international operations face the biggest challenge. Global supply chains contain multiple levels of suppliers, contractors and subcontractors, which are very hard to monitor. This situation is fertile ground for modern slavery and forced labour conditions – particularly in the developing world, where labour laws are either non-existent or not enforced.

“Every supply chain has a blind spot,” says Hanley. “And often this is a result of subcontracting through the value chain.”

Online fashion retailer Asos publishes its factory list and sets a detailed list of requirements for the third-party brands it sells.

That does not mean companies should stick their heads in the sand, however. Addressing issues in a supply chain in a practical way is not easy, admits Alcumus’s Picton. But he has no patience for companies that feign ignorance.

“I would be hard-pressed to look someone in the eye who said that they were not aware of this. It has been an act in the UK since 2015,” he says. “There is no getting away from the complexity of supply chains, but while you can outsource activity you mustn’t outsource accountability.”

A company’s sustainability programme should identify slavery as a material issue, up there alongside climate change and environmental protection, Picton argues.

As a first step, companies should produce a modern slavery statement, he says. “There’s absolutely no excuse for saying ‘I don’t know what should go into a statement’. You can just Google it and within an hour of professional work get a good sense of what it should say.”

Some British companies go significantly further than this.

London-based online fashion retailer Asos became a signatory to the United Nations Global Compact in 2012. The firm publishes its factory list around the world and runs a programme for third-party brands – those that it sells but does not manufacture. These include a detailed list of minimum requirements that include publishing a modern slavery statement and a fully transparent list of factories.

“Whenever we identify an issue through an audit or we’re alerted to a problem, we work collaboratively with our suppliers and where we can with partners on the ground to make sure that problem is addressed,” says Simon Platts, responsible sourcing director at Asos. 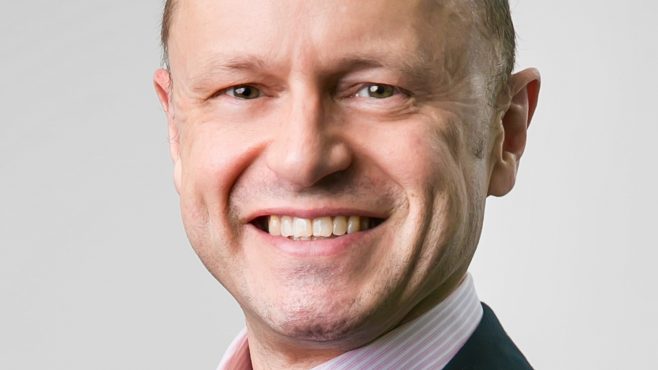 David Picton of Alcumus says a company’s sustainability programme should identify slavery as a material issue, alongside environmental protection. (Photo courtesy of Alcumus)

He does not see walking away from a supplier relationship as an option, as no real change would then be made. “We want to stay put and use our long-term business relationships and our purchasing power to drive improvements,” he adds.

Asos would only ditch a supplier under exceptional circumstances, such as if it were unwilling to make the changes requested, says Platts.

Other firms highlighted as exemplars of best practice in this area include alcoholic drinks maker Diageo, high-street retailer M&S, supermarket chain Tesco, and consumer goods group Unilever. They all make the top ten of British companies in non-profit organisation Development International’s ranking of compliance with the MSA and good practice in human rights,

Of course, it’s not only the difficulty of properly monitoring supply chains that leads to companies glossing over such issues. Shareholders often encourage such behaviour because they would rather their portfolio companies didn’t unearth anything that would hurt the value of their asset.

Groups that publicise problems, such as London-based IHG Hotels & Resorts, should therefore be applauded, including by their investors.

The company – which owns the InterContinental, Crowne Plaza and Holiday Inn brands – said in its 2020 modern slavery statement that it had uncovered instances of forced labour, via third-party companies, at its seven hotels in Oman.

“While we abhor modern slavery, we applaud the fact that InterContinental Hotels Group has looked for it and found it,” said Peter Hugh Smith, chief executive of UK asset manager CCLA, after the slavery statement was released in March.

But this happens all too rarely. As reported by Capital Monitor, IHG was the one hotel group out of 13 engaged by CCLA in a hospitality-focused initiative to report the discovery of forced labour in its operations under the MSA.

A further issue with finding and addressing such issues is that the victims are sometimes complicit in the abuse.

After a call from a recruiter for a food preparation company in Britain, Unseen went on-site to speak to the employees, says Currell. It established that there was exploitation related to where workers were forced to live and the rent that was demanded of them. “We didn't feel that this met the threshold of modern slavery, but there was definite exploitation,” she says.

In this case, while the individuals were offered alternative options for housing, support and counselling, and despite the clear labour abuse, the perpetrators were not brought to justice.

“We obviously try to break the tie between the exploiter and the potential victim,” says Currell. But Unseen cannot insist that the victims leave, “because some people will always choose to stay where they are because they think it's better than where they might end up”.

All this means that companies should work even harder to address the problem rather than give it up as a lost cause.

As numerous experts have pointed out, forced labour likely exists in every global supply chain, so if companies haven’t found anything, they haven’t looked hard enough.