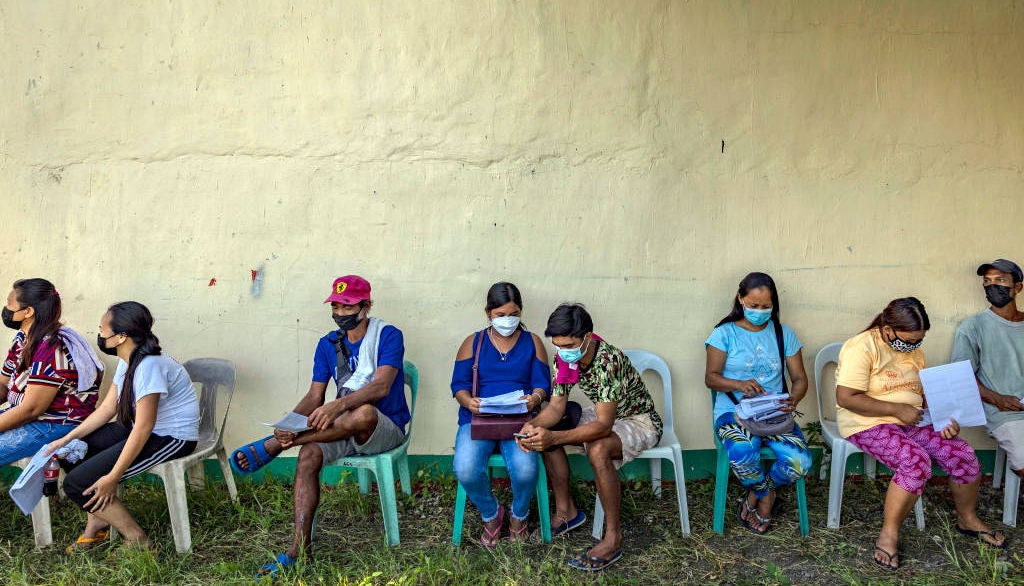 Queuing for Covid vaccines in the Philippines, one of the emerging markets of focus for Pfizer. (Photo by Ezra Acayan/Getty Images)

The UN’s third Sustainable Development Goal (SDG) – to ensure healthy lives and promote well-being for all ages – appears an obvious goal for pharmaceuticals companies. Yet they have been slow to align with such objectives.

Only a handful have sold green or sustainability bonds, for instance (see table below). The biggest so far came in September last year, from Swiss giant Novartis: a €1.85bn ($2.2bn) eight-year 0% sustainability-linked bond at mid-swaps plus 40 basis points (bp).

But the latest is a $1bn sustainability bond from Pfizer, the world’s second-largest pharma company by revenue and developer of a widely used Covid-19 vaccine alongside Germany’s BioNTech. The US firm sold its second sustainability bond on 16 August, a ten-year transaction with a 1.75% coupon at US Treasuries plus 53bp. 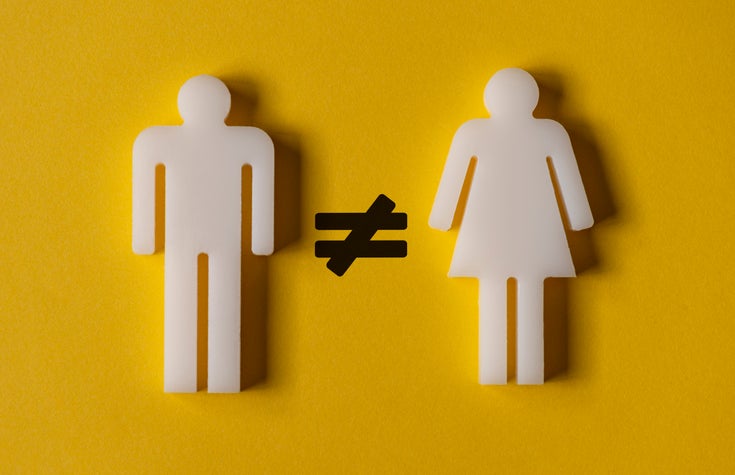 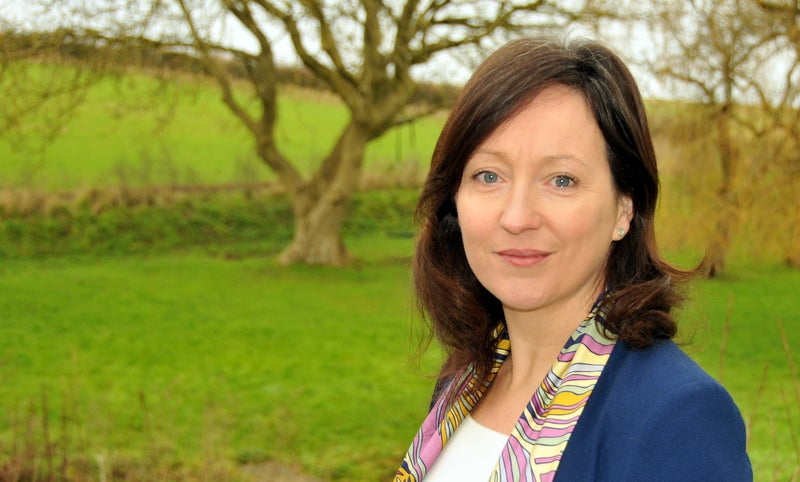 The deal followed strong first-half results, announced at the end of July. The company raised full-year expectations for revenues from its coronavirus vaccine by almost a third to $33.5bn from $26bn. Total revenues in the first half of the year jumped 53% to $10.4bn.

Some have argued that Covid vaccine-related activities are simply ‘business as usual’ for Pfizer, while others feel the bond’s sustainability tag is justified.

Pfizer says its visit to the bond market was to help finance the costs of the pandemic. The issue prospectus says the funds will be used for “expenditures related to dedicating financial capital, know-how and expertise to meet global health challenges facing people and patients in need of reliable access to quality medicines and vaccines at affordable prices”.

More specifically, they will be used to target the coronavirus pandemic. “All the proceeds here are Covid vaccine-related,” says Chris Gray, head of ESG at Pfizer. This is part of a pledge to provide two billion doses of the company’s vaccine to low and middle-income countries split evenly across this year and next.

Some have argued that such activities are simply ‘business as usual’ for the drugs maker, while others feel the bond’s sustainability tag is justified.

Sustainalytics backed Pfizer’s rationale, with a minor caveat. The second-party opinion provider says it “views positively that Pfizer will work with credible organisations to advance these objectives, including multilateral or bilateral health and development agencies and public health organisations”.

Sustainalytics does admit that “charitable and/or philanthropic contributions are not generally aligned with market expectations for green, social and sustainability bonds”. But it argues that in this case they are “suitable for inclusion as part of a broader sustainability bond programme”.

As a sustainability bond – as opposed to a sustainability-linked bond – there are no key performance indicators attached to the coupon. But Sustainalytics deems the bond framework “credible” and “impactful”.

Investors certainly liked what they saw. Despite relatively little marketing effort, the order book grew to $3.7bn at its peak and pricing was cut 22bp from initial pricing thoughts of US Treasuries plus 75bp.

Demand was such that Pfizer could have further cut the bond coupon, says the company's assistant treasurer Brian McMahon, but “we wanted to make sure that investors felt comfortable that they bought something that was a value to them. We didn’t want to squeeze to the last penny.”

The use-of-proceeds question did come up on the roadshows, says Gray. “We walked through our pandemic-tiered pricing, our approach to the commitments that we made upfront – even before we had the vaccine approved.” 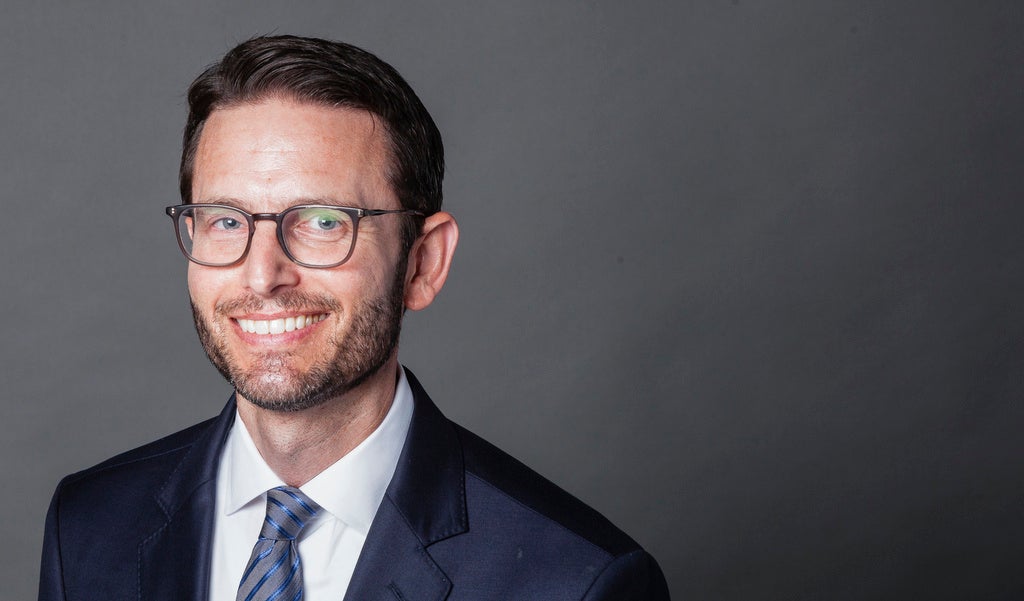 Christopher Gray, Pfizer's head of ESG, says the company explained the use of proceeds during investor roadshows. (Photo courtesy of Pfizer)

Pfizer had stressed that it would make every effort to make sure the vaccines were equitably distributed around the world, Gray adds, “both to the developed countries and the lower-middle-income countries”.

The company “has seemingly adjudged the scale and scope of the pandemic”, making the use of net proceeds “quite usual”, says Kunal Sawhney, chief executive of Kalkine Group, a London-based research firm.

Specific use of proceeds

Specifically, the funds will be used to address the pandemic in four ways.

First, via an advance purchase agreement with the World Health Organization’s Covax Facility to supply up to 40 million doses this year in markets such as Bangladesh, Bhutan, the Philippines and Rwanda.

Second, by providing 500 million vaccine doses at a not-for-profit price to the US government; 200 million will be supplied this year and 300 million next year. Pfizer wanted to make sure that the doses only went to low and lower-middle-income countries, Gray says. Distributing the vaccines via the government meant they could not be diverted to developed countries, he adds.

Third, Pfizer has set up direct supply deals with governments around the world; 120 so far. “From the outset, we said that we were open to talking to any government,” Gray says.

Fourth, Pfizer has collaborated with South African biopharma company Biovac, which will manufacture and distribute the vaccine exclusively in the 55 states of the African Union.

Pfizer plans to report the use of proceeds and results in its annual ESG report in March next year and have them audited by KPMG.

Pfizer certainly paid less to borrow money from the capital markets than it would have done with a plain-vanilla bond. The last time the company came to market with a conventional bond was with a $5bn five-part deal in March 2019. But the $1.75bn ten-year tranche had a coupon of 3.45%, which suggests Pfizer saved around 170bp in funding costs with its issue this year.

That said, the coupons on the 2029 tranches have fallen since then. Against where that bond was trading on the day the new issue priced, McMahon says “we traded probably three to five basis points inside where a regular deal would have come”.

While the greenium is acknowledged and not especially surprising, what is more significant is how the bond priced relative to Pfizer’s previous sustainability bond.

The company sold its first such debt – which was also the first from the pharma sector – at the end of March last year. The ten-year $1.25bn deal had a coupon of 2.625% and priced at US Treasuries plus 185bp.

At first glance, there is little connection between the two levels. The new bond priced 132bp inside Pfizer’s first sustainability bond. But the first issue was sold into a market that was still trying to come to terms with the coronavirus pandemic. During the book-building for Pfizer’s new 2031 maturity debt, its previous sustainability bond was trading at around US Treasuries plus 46bp in the secondary market.

That suggests the new Pfizer sustainability bond came with a 7bp premium to the company’s first such issue. That is in line with the kind of pricing evolution that has long been a feature of the conventional bond market.

Sustainable debt is now showing signs of being “a grown-up, mature market”, McMahon says. To support his point, he noted that it was not generally dedicated green funds investing in the company’s new issue, but regular allocators.

When they were building the book, you didn’t see [US fund house] BlackRock’s ESG fund buying, it was just BlackRock.

“When they were building the book, you didn’t see [US fund house] BlackRock’s ESG fund buying, it was just BlackRock,” he says.

Pfizer declined to provide further details of the bond buyers.

Separately, financial advisory company The Motley Fool questioned, in a late August commentary, why the company needed to raise money when it reported a cash stockpile of $21.7bn in its second-quarter update.

If they can do so to provide genuine social benefits across both emerging and developed markets, that is no bad thing.