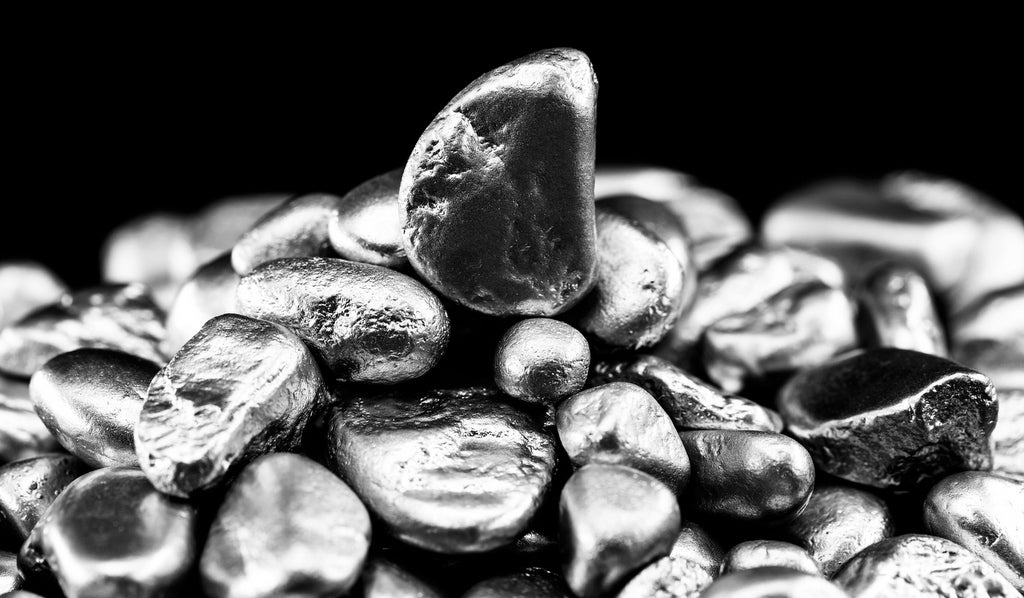 Nickel: Set to come with a lower carbon footprint? (Photo by RHJ from iStock / Getty Images Plus)

Extracting metal from ore has long been a dirty business, and it is no different for the mining of nickel – despite its ‘green’ reputation as a key element in the lithium-ion batteries powering electric vehicles (EVs).

Pyrometallurgy – extracting metals through smelting – is the chief method of producing nickel. With a global warming potential (GWP) of 13kg of CO2 for every kilogramme produced, the metal falls in the middle of the most carbon-intensive elements in the periodic table .

And, thanks to the EV revolution, it is in huge demand – although, like elements such as lithium, it is attracting controversy.

Nickel smelters’ big carbon footprint is casting a pall over the environmental claims of the EV industry. Russia’s Norilsk Nickel closed its plant in 2016 after a tailings spillage turned the Daldykan river red, prompting comparisons with passages in the Bible describing how the Nile turned to blood at God’s behest.

Indeed Elon Musk, chief executive of EV giant Tesla, last year promised a “giant contract for a long period of time” to any company able to extract nickel in an efficient and environmentally sustainable manner.

Step forward hydrometallurgy – the use of aqeous, or water-based, solutions to extract metals. The process is shaping up to be a game changer, offering both lower costs and lower carbon emissions than pyromet.

As a result, “the industry is now starting to take note”, says James Vaughan, associate professor at the School of Chemical Engineering at the University of Queensland.

Hydromet processing routes are now being adopted for large [nickel feed] deposits such as Voisey Bay and Long Harbour in Canada and Talvivaara in Finland. James Vaughan, University of Queensland

Hydromet-based mining – a more direct process than pyromet – is showing a lot of promise in a complex industry, he adds. Production of the metal involves as many feed types – chiefly nickel sulphide, limonite nickel laterite and magnesium-rich nickel laterite – as processing options.

While the hydromet process is not new, say industry experts, it has until recently taken a back seat to pyrometallurgic options due to legacy infrastructure.

Hydromet processing routes are now being adopted for large deposits such as Voisey’s Bay and Long Harbour in Canada and Talvivaara in Finland, says Vaughan. And given the green potential of the process, he expects more to emerge.

One hydromet nickel project, Kabanga, is taking shape in Tanzania. London-based Kabanga Nickel, leading the development, hopes the lack of competition from legacy industries, such as smelters, in Africa will work to its advantage – but it also faces risks, not least in the form of resource nationalism.

Nestling in the highlands that straddle Burundi, Rwanda and Uganda, the remote Ngara district in north-west Tanzania was once better known as a hub for refugees than high-grade battery metals. It has harboured those fleeing the Rwandan genocide and the troubles in Burundi in the 1990s and more recently the war in the Congo.

But the area’s high-grade nickel sulphide deposits, combined with the cost-efficient hydromet process, are set to change Ngara’s profile for good.

Keith Liddell, executive chairman of Kabanga Nickel, tells Capital Monitor it has 2.5 million tonnes (t) of nickel equivalent (including cobalt and copper), with a current value of around $19,000 a tonne.

“The revenue flow is enormous, but the real value is that it’s a mine with a very long life, Liddell adds, pointing out that it has 50 to 60 years of production. “It’ll certainly outlive me – so it’s incumbent on us to design it right from the start.”

The end result will be high-grade nickel refined in Tanzania to London Metal Exchange (LME) standards. The carbon footprint using this process is expected to be less than half that of conventional pyromet projects and one-tenth that of Indonesia’s nickel pig iron kilns. The latter has long been the main focus of criticism of the nickel industry’s carbon footprint.

“Three years ago we made a pitch to acquire Kabanga,” says Liddell. “It had already been on the market for a long time, and our pitch was that we would use our hydromet know-how to process the concentrate in Tanzania, turning it into class one nickel without using smelting.”

Kabanga will use the first stage of the Kell Process, a hydromet procedure that Liddell helped develop in 1996 and is used for extracting platinum in South Africa.

In addition to nickel, the mine will produce cobalt and copper, both of which are used in advanced NMC 811 vehicle batteries, which are a part of new developments in lithium-ion technology. The 811 stands for eight parts nickel, one part manganese and one part cobalt. 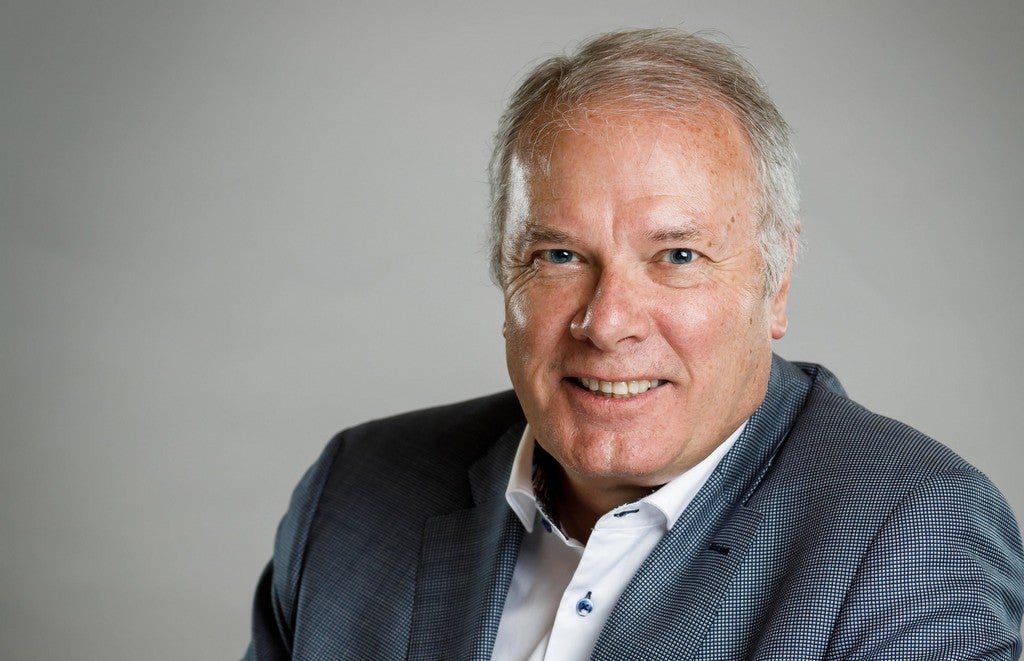 Keith Liddell, executive chairman of Kabanga Nickel, says the project has 2.5 million tonnes of nickel equivalent and will provide 50 to 60 years of production. (Photo courtesy of Kabanga Nickel)

Fortuitously, Kabanga has roughly the same proportion of nickel to cobalt as in the 811 batteries, as well as cathode copper, which is also used in EV production, says Liddell. “Mother nature was clever when she put Kabanga together,” he adds.

Another advantage for the project is that Africa is already famous for ‘leapfrog’ technologies that skip traditional stages of development to jump straight to the most advanced methods and tools. Think mobile phone banking or drone deliveries.

“We're lucky in that we’ve basically been handed a blank sheet of paper from which to design Kabanga as an integrated mine-to-metal project from the ground up,” Liddell says. “As such, we don’t have any legacy issues to deal with.”

The project plans to build its own refinery 300km to the east on the coast of Tanzania, where the concentrate will be processed before the base metal is exported. Kabanga aims to source the expertise and skilled labour locally, given the region is steeped in mining. Using pyromet, the concentrate would have been transported 27,000km to industrial centres in Canada or Norway for pyrometallurgical ore processing.

The project is not only aiming to keep its CO2 footprint low, Liddell says, but also to minimise surface deposits. “We’ve actually designed a closed process where the residues from leaching the concentrate – mostly iron oxides and gypsum [better known as plaster of Paris] – go back underground as base fill.

The Kabanga Project is expected to cost $1.3bn – which includes a 20% contingency for overruns – and talks on funding, which include a possible London stock exchange listing, are due to take place next year.

“Due to the project scale, quality and unique ESG credentials, we are afforded a good variety of financing opportunities and interest across the sector,” Liddell says. “Financing is an ongoing matter right now, so we are not in a position to comment in any more detail at this time.”

Under the previous tenure of Doto Biteko, re-appointed as mining minister in December, Tanzania banned unprocessed mineral exports, raised royalties and assigned the government a 16% interest of existing and future mining projects. The legislative changes also gave the government authority to renegotiate and revoke mining contracts.

All being well, after Kabanga's two-year construction phase, commissioning is expected to start at the end of 2024, followed by a 12-month ramp-up. Annual production over the life of the mine is projected at 2.2m tonnes of ore, which is expected to yield 40,000t of LME-grade refined nickel and 3,000t of cobalt a year.

Liddell declined to comment on the mine’s likely financial performance, but it seems likely that Kabanga will be able to command a green premium for its nickel given the upwards trajectory of the EV industry. If it helps to set a more climate-friendly precedent in the process, so much the better.