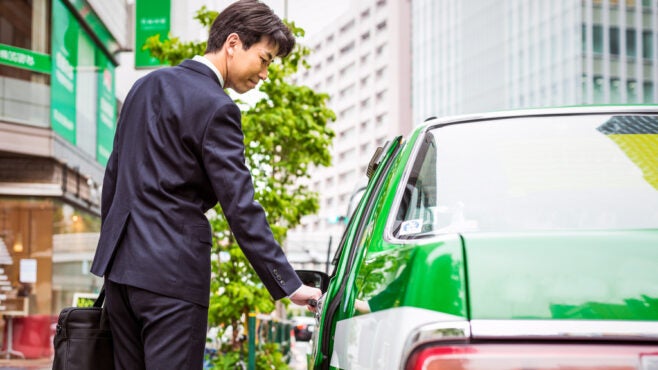 Tokyo has a vision of becoming Asia’s leading green finance hub. That aspiration sits within the context of Japan’s ambition – set out in October 2020 by then prime minister Yoshihide Suga – to make its industrial base net carbon-neutral within the next 30 years.

But the dream may prove elusive for several reasons. For one thing, Japan’s regulators are reluctant to align with international green finance standards, most notably in respect of adopting a taxonomy of sustainable activities. Other significant hurdles include recalcitrance from the country’s notoriously conservative investor base and competition from the likes of Hong Kong and Singapore.

“There has not been a change in mindset among Japanese investors towards ESG,” says Masanori Kato, head of debt capital markets at JP Morgan in Tokyo. “There remains an adherence to the traditional modus operandi of attention to credit ratings and returns rather than ESG ratings, even though large Japanese corporates are increasingly mindful of ESG criteria in their behaviour, with a greater focus on responsibility to stakeholders.”

If Tokyo is serious about becoming a sustainable finance hub, experts argue, it should pressure domestic regulators on the country’s proposed sustainability taxonomy and bond issuance framework. Neither is fully aligned with fast-moving international norms – most notably, that of the EU’s vast and detailed taxonomy.

Behind the sustainable finance curve

“The approach of the EU on taxonomy seems to be based on a stick rather than a carrot approach, and we’re unlikely to see Japan conforming to that type of paradigm,” says Christopher Wells, Tokyo-based partner at law firm Morgan, Lewis & Bockius.

There has not been a change in mindset among Japanese investors towards ESG. There remains an adherence to … attention to credit ratings and returns rather than ESG ratings. Masanori Kato, JP Morgan

Yet the country is arguably already behind the curve in its sustainable finance push. Hong Kong and Singapore – already boasting an edge over Tokyo in their widespread use of English and ‘Anglo-American’ culture, which is the dominant voice in ESG globally – have demonstrated greater willingness to align with international green finance norms. Moreover, Singapore issued a consultation paper in February on a proposed green taxonomy that will be aligned with the EU’s and is in the process of drafting it.

Elsewhere, at the Cop26 climate summit in November, China’s central bank announced it completed the initial phase of a project with the European Commission to establish a common sustainable finance taxonomy covering energy, manufacturing, construction, transportation, solid waste and forestry.

“With the publishing of the EU-China Common Ground Taxonomy in Glasgow, the train has left the station in terms of agreed definitions,” says Sean Kidney, chief executive of the Climate Bonds Initiative (CBI).

In addition, taxonomies are being developed in Southeast Asia by Indonesia, the Philippines and Vietnam, driven by the aim to attract international capital at cost-effective term funding rates, he adds. “They are looking to the EU as a reference.”

There is also the fact that the question of how to frame Japan’s green taxonomy is contentious. Regulators are apparently keener to create a ‘transition taxonomy’ or ‘brown taxonomy’, as proposed in October 2020 by the Transition Finance Study Group, formed by academic researchers.

Leading the resistance to a green taxonomy is the influential Japan Business Federation, or Keidanren, which has lobbied the European Commission (EC) to oppose a progressive taxonomy. The federation’s working group on global environmental strategy voiced its misgivings in a paper published in September 2019.

“Arbitrarily eliminating specific economic activities, and the use of technologies and products, particularly fossil fuel, will elicit ‘credit withdrawals and credit crunches’ and divestments by financial institutions and investors,” the document said.

Japan’s apparent emphasis of ‘brown’ over ‘green’ in the taxonomy stakes was underlined by Keidanren chairman Hiroaki Nakashini when in a February interview with Nikkei Asia he said: “Europe’s debate on the taxonomy of sustainable activities has numerous issues, with transition technologies being ignored.”

So far these discussions [on Japan’s taxonomy] have taken a binary approach that simply differentiates between green and brown without full consideration of the stages in between. Hiroshi Nakaso, FinCity Tokyo

The federation has “not fully appreciated the urgency we face”, says the CBI’s Kidney. Its approach to meeting 2050 net-zero targets involves slow change and a ramping-up of action in the 2040s. “But we have to get emissions down 50% by 2030 to have a chance of avoiding catastrophic climate change, and that requires drastic action in the next few years,” says Kidney.

Yet it has emerged this month that the EC itself is moving ahead with controversial plans to label natural gas and nuclear energy as sustainable activities under the taxonomy.

Meanwhile, Keidanren’s position seems to square with reports that Japan has lobbied the UN to play down the need to move quickly away from fossil fuels, according to a report by the BBC in October, with the country seen arguing instead for carbon capture and storage (CCS) technology.

“So far these discussions have taken a binary approach that simply differentiates between green and brown without full consideration of the stages in between,” says Hiroshi Nakaso, former deputy governor of the Bank of Japan and chairman of FinCity Tokyo, a non-profit organisation aiming to promote the city as a financial centre. He is concerned that corporate efforts on energy transition may be being neglected by regulators in the discussions on taxonomy.

A further potential hurdle for Tokyo is that Japan’s regulatory framework for green bond issuance remains informal, with no explicit regulation for green bond issuance. It is based on the Green Bond Guidelines published by the environment ministry in 2017 and updated in 2020 to include sustainability bonds. They are aligned with the International Capital Market Association’s Green Bond Principles and Social Bond Principles.

The hope in Tokyo is that surging green – and overall ESG – bond volumes in Japan might help meet the city’s ambitions, with 2021 a record year for issuance (see graph below). Japanese green bond issuance of $16bn equivalent across 93 deals was up 39% from $11.5bn in 2020, outpacing the global rise of 24% to $354bn, according to data provider Refinitiv. That said, global green debt issuance is likely to exceed $500bn for 2021, the CBI says, which would represent a jump of 70%-plus.

A potential spur for green bond issuance from Japan was provided by a new funding measure for financial institutions that the Bank of Japan announced in July. It will allow them to borrow at zero interest for up to ten years with funds allowed to be used for green bonds with climate-related targets and for transition finance.

“The direction of travel involving a full embrace of ESG in Japan is firmly set, with transition finance as one of the new trends," says JP Morgan’s Kato. "The dynamic has been helped by the regulators, who published a roadmap this year, which will help issuers negotiate their way through the challenges presented by transition finance.”

However, some feel transition bonds jar with the ESG narrative, given that they emerge from carbon-emitting industries in fossil fuel and associated sectors, such as iron and steel, aviation and shipping. While they were flagged as likely to be the “breakout” asset class of 2021, that did not come to pass.

Nonetheless, NYK’s issuance seems likely to herald more such deals given the apparent preference in Japan for a transition taxonomy. There have been calls for Japan’s Ministry of Economy, Trade and Industry to set a target of facilitating the issuance of 30 transition bonds by 2023, according to business intelligence firm the Oxford Business Group.

Given the substantial hurdles facing its green finance hub ambitions, perhaps Tokyo might consider tempering them to become a leading centre for transition finance instead.

Tokyo wants to become Asia’s top sustainable finance centre by riding the wave of green bond issuance in Japan. That would require a change in the mindset of local investors and an alignment with international norms, not least around its planned taxonomy.
Websites in our network