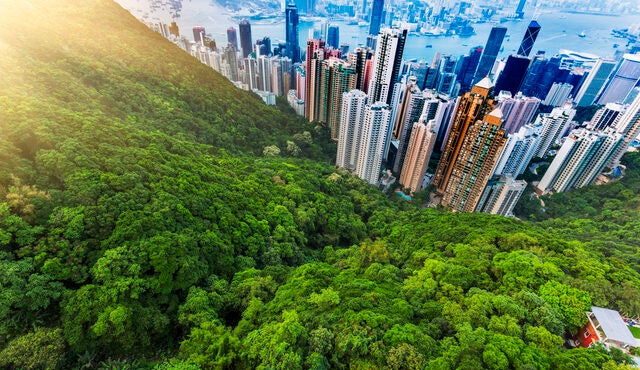 Hong Kong is famously known as a vertical city. It boasts 9,700 high-rise buildings, which are home to 28,000 people per square kilometre – among the highest population densities in the world, according to the Hong Kong Green Building Council (HKGBC). Less well known perhaps is just how much energy it takes to cool this concrete forest. Real estate consumes 90% of the city’s power in the summer, and electricity generation accounts for 65% of its carbon dioxide emissions.

Buildings are barnacled with air-conditioning units and locals often carry thick coats in the height of summer to combat the Arctic chill of offices and shopping malls. Even the tin shacks in fishing villages or shipping containers converted into offices on building sites are made habitable by the addition of a lone cooling device.

In short, Hong Kong badly needs energy-efficient construction. To that end, government policy and green transaction banking solutions are combining to seek to turn the city from a laggard to a leader in sustainable real estate, reflecting moves in real estate sectors elsewhere, such as Europe and the UK. 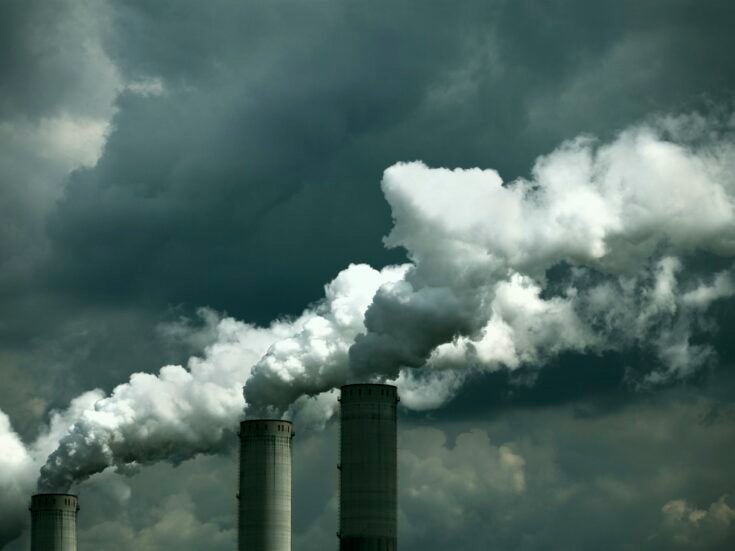 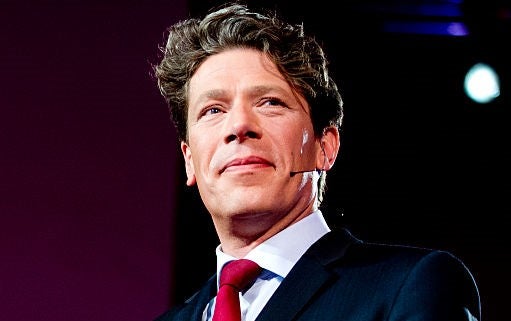 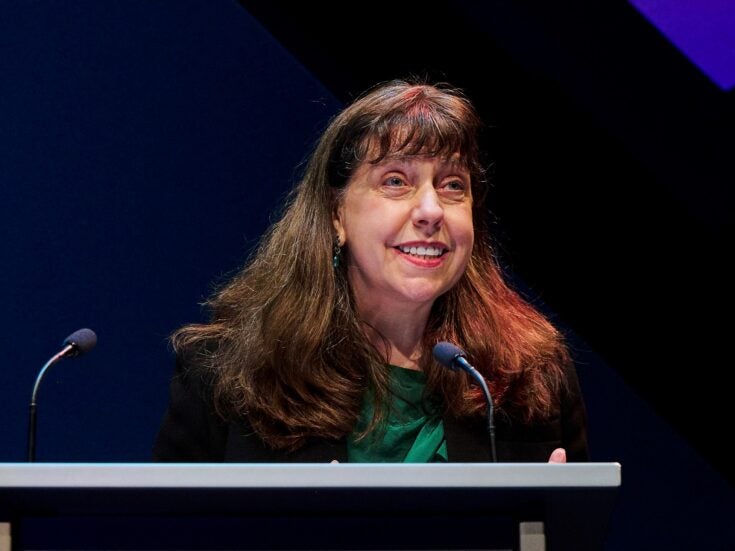 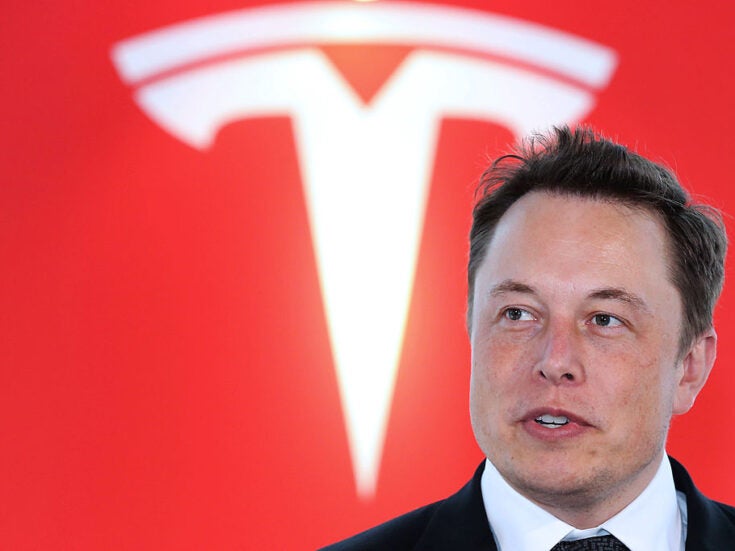 Last month, for instance, Australian bank ANZ issued its first green guarantee facility, for HK$117.8m ($15.1m), for a foundation project in the West Kowloon Cultural District. It is led by Vibro, part of NWS Holdings, a business designing and constructing foundation systems to support the buildings and infrastructure of Hong Kong. Such companies are an essential, albeit energy-intensive, part of the construction industry in a city where limited space and the threat of landslides are serious problems.

Bank guarantees are unconditional undertakings to pay one party in the event of another’s default. Green guarantees secure the contractual obligations of businesses and link them to the use of proceeds from sustainable assets and environmentally sustainable projects.

The ANZ facility – only the third of its type to be issued in Hong Kong – is linked to the environmentally sustainable nature of Vibro’s underlying assets and requires certain ESG criteria to be met, outlined in the group’s sustainability report. They include strict environmental, energy and safety management practices and the adoption of electrification measures and use of biodiesel, where practicable.

To do this Vibro must attain a BEAM (Building Environmental Assessment Method) Plus New Building (Version 2.0) certification, a comprehensive standard for green property in Hong Kong. BEAM Plus has been in place since 2011 and is one of the city’s most widely used voluntary green building labelling schemes. More than 1,660 new and retrofitted buildings in Hong Kong have achieved some level of BEAM Plus certification.

The HKGBC has since last year been an industry partner to GRESB, an investor-driven global ESG benchmark for real assets such as property and infrastructure. The council says the organisations jointly advance sustainable real estate investments and it has made efforts to integrate BEAM Plus into the GRESB assessment. 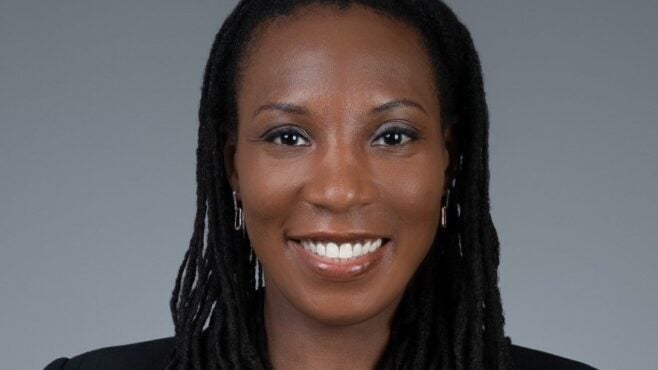 Designed to foster an effective measure to promote green building in Hong Kong, HKGBC grants gross floor area (GFA) concessions of as much as 10% on the premium that developers must pay to the government, from which virtually all land in the territory is leased. Concessions are granted for green features such as windows, balconies or the creation of amenities such as roof gardens.

Under the voluntary scheme, projects are graded platinum, gold, silver or bronze to reflect overall green benchmarks. The Vibro guarantee must hit gold or above for the loan to be classified as ‘green’. Under BEAM Plus 2.0, each of the seven environmental performance categories – site aspects, material aspects, management, energy use, water use, indoor environmental quality, and ‘innovations’ – is assigned a weighting. To maintain its rating at gold or higher, Vibro will need to ensure it is above 20% in each category, for a total score of 65% or above.

The ANZ green guarantee “points the way” forward for Hong Kong to become a hub for green finance in Asia, says Nneka Chike-Obi, director of sustainable finance at Fitch Ratings in Hong Kong.

There have only been four such deals since October last year, from three borrowers.

In July this year, French bank BNP Paribas issued a HK$332m bank guarantee for the third phase of property group Henderson Land’s green development of Hong Kong’s old Kai Tak Airport. Another tranche for that project came from Singapore lender DBS in the form of a HK$1.5bn green loan.

And in October last year, French bank Crédit Agricole arranged a HK$170m green guarantee for Gammon Construction to support the expansion of Terminal 2 at Hong Kong International Airport. This was followed by a further HK$258m green guarantee from HSBC for the same project in July this year.

“When you consider the size of the green bond market in Hong Kong, I’d be surprised if there wasn’t more green lending,” Chike-Obi tells Capital Monitor. “When banks issue green bonds, essentially the point of issuing them is to create a loan book that shows the financing of direct green activities.”

Mainland Chinese lenders Bank of China, China Construction Bank and ICBC have all been engaged in huge amounts of green bond issuance this year, she adds.

Hong Kong is ahead of Singapore in terms of green bonds, although Singapore is more active in terms of loans (see charts below). The latter gap is likely to close in the near future, however, as Hong Kong becomes a green hub, particularly for sustainable development in the construction industry, says Chike-Obi.

When the Hong Kong government started the green bond programme in May 2019, its borrowing ceiling was HK$100bn, but about six months ago it doubled that figure, she says, referring to Hong Kong budget measures announced in July this year. In mid-November, the government – Asia’s largest issuer of green sovereign bonds – sold a $3bn three-tranche deal in euro and US dollars, which was its third green offering.

“If the Hong Kong government is issuing, then obviously there has to be an ecosystem to support that activity,” she says. “The banks have figured out what that means. The lawyers and all the service providers have figured that out as well.”

Moreover, Beijing wants Hong Kong to become a regional green finance centre to help drive China’s sustainability agenda and address its serious environmental problems, Chike-Obi adds. The growth of such expertise could “potentially make it an attractive place for other Asian corporates to look to list”, she says. That is, of course, assuming Beijing’s fast-growing political encroachment on Hong Kong does not deter them.

Chike-Obi also cites directives to encourage more international listings for Chinese corporates in the city. Beijing-based ride-hailing company Didi Chuxing – which floated with a $4.4bn initial public offering in New York in June 2014 – said at the start of December it would switch its listing to Hong Kong.

The question is whether standards, methodologies and professional integrity can be strengthened as the size of the [Hong Kong green finance] market grows. Albert Lai, Carbon Care Asia

Most of the city’s green finance action is concentrated on construction, given that there are few renewable energy assets – solar and wind farms are practically non-existent thanks to its limited space – and carbon-heavy manufacturers are now scarce.

Hong Kong’s mass transit and property group MTR Corporation is the city’s biggest green bond issuer. It set up a green programme as far back as 2016 and has raised just over $2.5bn to date via 15 bonds in a mixture of US, Australian and Hong Kong dollars, as well as renminbi. That makes it an early mover in a region that has been relatively slow to catch on to sustainable finance. The first energy sector green loan in China was only inked in August, while Asia’s first green commercial paper guarantee was issued in Taiwan the same month.

Critics charge that the Hong Kong green boom only has roots as deep as Chinese policy directives and that the mismatch between the motives of investors and lenders will lead to little tangible improvement in the city’s ESG performance.

Nonetheless, sustainability-linked finance will grow in Hong Kong, but as with all ESG instruments “there will be criticisms of greenwashing”, says Albert Lai, chief executive of Carbon Care Asia, a Hong Kong-based consultancy focused on carbon management and sustainable finance.

The question is “whether standards, methodologies and professional integrity can be strengthened as the size of the market grows”, he adds. “Lenders and investors, as well as society at large, need to be reassured that sustainability-linked money is financing genuine and additional advances in environmental and social progress.”

Hong Kong could certainly take a significant step in the right direction by making its buildings more energy-efficient.