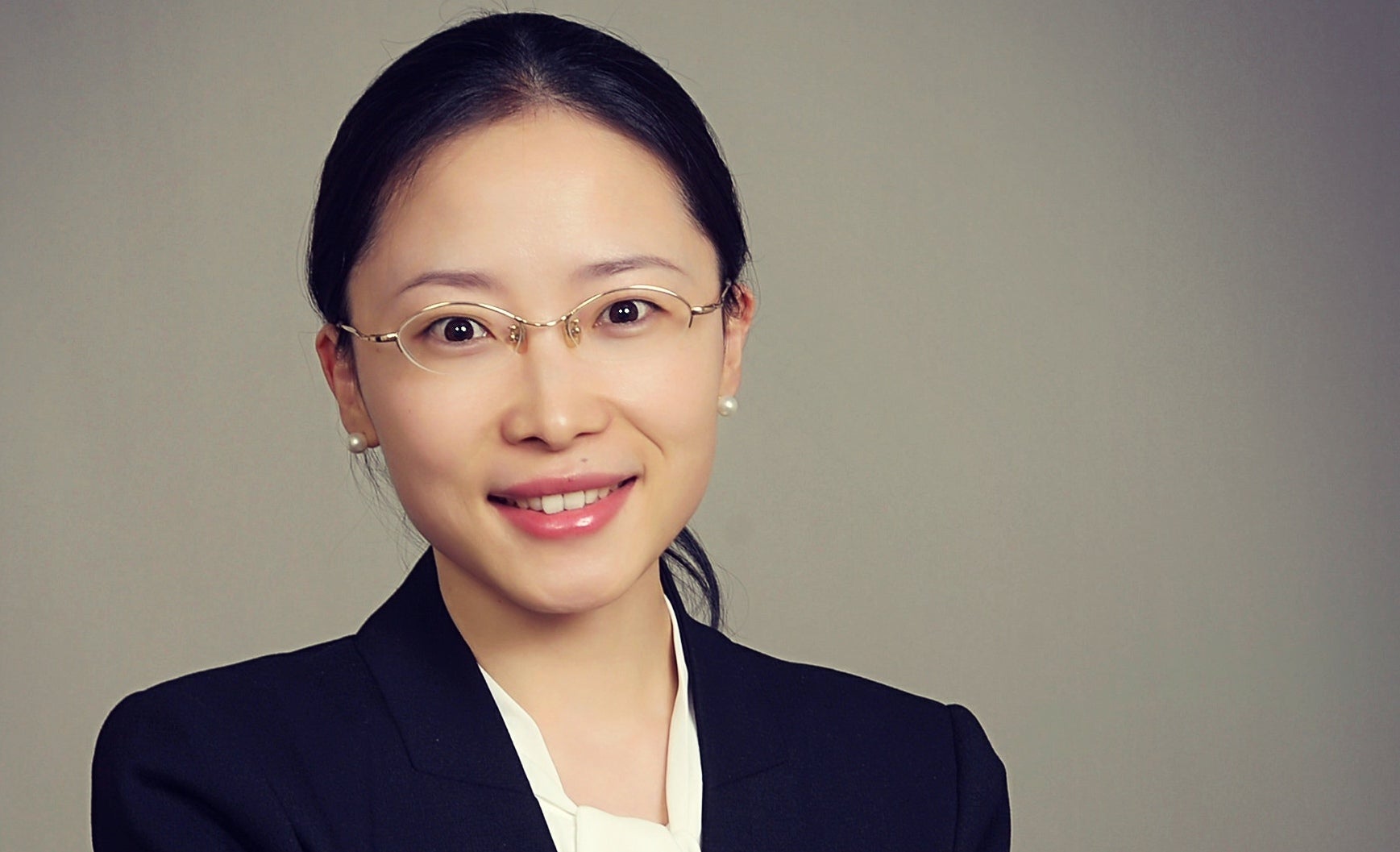 Pan Yuan, head of structured finance at Teess, says the company will be looking at doing other green finance deals after executing the current one. (Photo courtesy of Teess)

By several measures, China is the world leader in renewable energy. Its solar power capacity far outstrips that of other countries. Nine of the world’s top ten solar cell makers are Chinese, according to Bloomberg. Last year, there was a 16.6% increase in solar power production to 261 terawatt hours (TWh), the fastest growth among the country’s energy sources, according to Chinaenergyportal.org.

Coal still contributes the lion’s share of the electricity mix in China: 5,174TWh, compared to 2,082.8TWh from renewables, with just 3.6% coming from solar. But clean energy’s contribution is growing: the amount of power generated domestically from renewables was up 11.9% in 2020.

In another positive sign for the local energy industry’s development, China saw its first green loan for a company in the sector taken out at the end of August. This reflects rising demand for sustainable funding in the renewables sector elsewhere, such as in the US, And there is fast-growing appetite for such assets from investors, such as Australian pension fund Aware Super.

The debut green loan also puts down a marker for this type of debt raising in China's distributed solar power sector – that is, small-scale projects installed, for instance, on the rooftops of houses or commercial buildings. More such deals are likely, including from Teess, the provider of distributed solar services that executed the latest transaction.

The Shanghai-based company closed the first part of an $80m loan on 23 August. Teess, a 50/50 joint venture set up in July 2019 by French energy major TotalEnergies and Chinese green technology group Envision, is ambitious. It plans to develop a portfolio of projects with at least 500MW of total capacity within the next two years. It currently has 140MW in operation and ultimately aims to become one of China’s largest service providers to the distributed solar sector.

Landmark deal with a French flavour

Arranged by French banks BNP Paribas, Crédit Agricole, Natixis and Société Générale, the transaction is pioneering in several ways. It is the first international non-recourse project financing in China’s renewables sector and a debut green funding deal for the country’s solar industry. It is also the first to be certified by a second-party opinion provider, in this case Sustainalytics.

Part of the reason for the deal’s success is that the asset class [distributed solar] and financing structure is unusual for the region. Romain Voisin, Crédit Agricole

For recourse loans in China, the parent company is ultimately responsible for the loan, but for non-recourse project financing everything is dependent on the assets in question. Lenders have to trust the project and it must pass their due diligence processes.

Part of the reason for this deal’s success is that “the asset class and financing structure is unusual for the region”, says Romain Voisin, Asia head of energy and infrastructure at Crédit Agricole.

Distributed solar projects tend to be small-scale – a megawatt here or two megawatts there. That makes them “uneconomical to fund separately”, says Shalen Shivpuri, Asia-Pacific co-head of loans and specialised finance at BNP Paribas.

As a result, the distributed energy sector flies under the radar of the Chinese state-owned enterprises and banks that dominate domestic large-scale renewable projects. That makes it an ideal entry point, says Daniel Mallo, head of natural resources and infrastructure for Asia-Pacific at Société Générale.

Teess focuses on China’s commercial and industrial rooftop solar industry, rather than the large-scale wind projects or solar farms that are common across Asia. It aggregates power from a few dozen off-takers – buyers of electricity – to help clients with their energy transition. Bankers on the deal describe it as similar to a small securitisation.

The loan structure is a typical one for energy infrastructure-type mega-projects, says Pan Yuan, head of structured finance at Teess. She points to examples in India and Indonesia, such as the Bhadla Solar Park in Rajasthan and the Cirata floating solar power plant in West Java.

What makes the Teess structure different is that it is designed for a portfolio-based project. The company accumulates assets and provides them, as a group, with long-term senior debt financing.

Under the loan terms, Teess has three key performance indicators (KPIs) to hit by 2025, which Pan says are tough but manageable.

The first is to use 100% renewable energy for its major facilities. “A business which wants to be a renewable energy business and is anywhere below 100% of renewables is probably not relevant or meaningful,” says Mallo.

The second and third KPIs are to reduce the equivalent of more than two million tonnes of carbon emissions with solar power and invest in solar power projects with a combined capacity of at least 1GW.

Last year, Teess cut emissions by 47,000t of CO2 and was operating renewables-fuelled power stations with a total capacity of 106MW. The company’s current pipeline of new solar projects stands at 180MW and it is planning to launch a further 250MW next year. The business roll-out will accelerate quickly, with help from TotalEnergies and Envision, starting in northern China, then moving east, south and then into central China.

Neither Teess nor the banks would reveal the interest rate on the loan, nor whether there is a coupon step up or down if the company hits or misses the KPIs.

Sustainalytics will monitor the process on behalf of the arranging banks and issue a compliance certificate. Its report on Teess calls the company’s green loan framework “credible and impactful”. 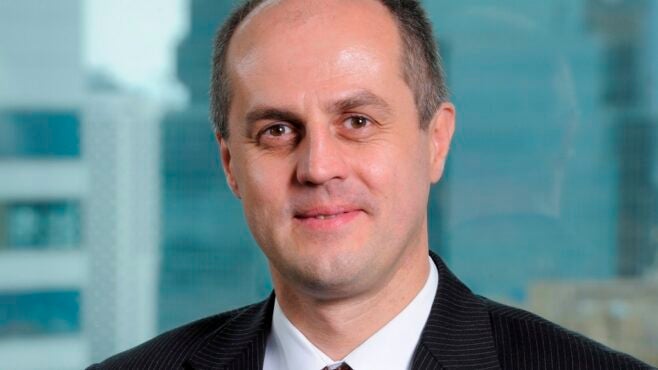 Funds will be used to finance projects at the construction stage or to refinance completed projects. As is the norm in project finance, proceeds will be tracked via short-term or shareholder loan repayments with signed contracts and payment receipts. By virtue of the fact that the equipment purchased is solar panels, these projects are automatically deemed to be green.

The $80m raised will accommodate the first couple of batches. Of that, $18m has been granted as an uncommitted credit line for the whole portfolio, and the first drawdown was $28m. Teess is now organising the second drawdown of up to $22m, which is expected to be finalised by Christmas. The third tranche of $12m will be drawn in the first quarter of next year.

Pan says the deal is not a one-off. After funds from the current loan are disbursed, she will be looking at a similar transaction – in what appears an increasingly favourable landscape.

Société Générale’s Mallo believes that there is going to be “a lot of demand” for solar power as Chinese companies embark on their own energy transition paths.

Many will view such plans with scepticism. While Chinese president Xi Jinping said this week the country would “not build new coal-fired power projects abroad”, the construction of dozens of new coal-fired power and steel plants in China was announced during the first half of 2021.

There appears to be some cause for optimism.