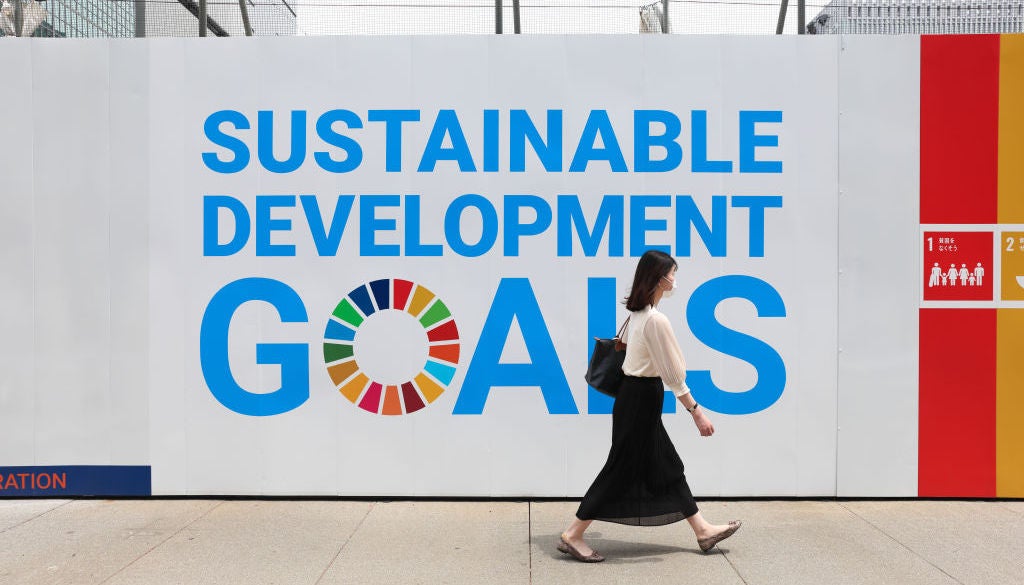 Taking the next step: investors are refining their impact assessment strategies in relation to the SDGs. (Photo by Stanislav Kogiku/SOPA Images/LightRocket via Getty Images)

Mapping investment portfolios to the UN’s Sustainable Development Goals (SDGs) is a common starting point for asset managers and owners seeking to make positive contributions to the UN’s 17 broad objectives. A next step for some – such as Cbus and other Australian superannuation schemes and Norway’s sovereign wealth fund – has been to report against the particular SDGs where they feel they can have a material impact.

The latter institution also publishes expectations of its investee companies across a broad range of relevant governance and sustainability matters. These expectations largely coincide with the SDGs and serve as a starting point for Norges Bank Investment Management’s interaction with companies.

Now, nearly six years since the framework’s launch in January 2016, investors are well aware of its limitations and have been refining their strategies accordingly. A growing number of asset owners and fund managers are developing their own sustainability goals and/or impact measurement frameworks.

No time to wait for agreed standards

“In choosing where you put your focus, the SDGs can be a good framework. But you can just as well come up with your own [goals],” says Wolfgang Kuhn, who until last month was director of financial sector strategies at ShareAction, a charity that promotes responsible investment. 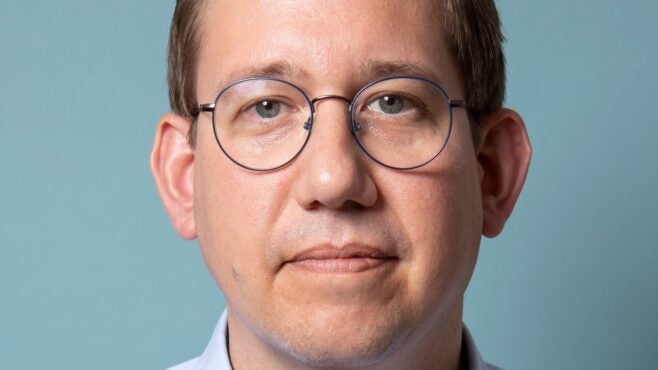 Wolfgang Kuhn, an expert on responsible investment, says the SDGs can be a good framework, but investors can just as well establish their own goals. (Photo courtesy of Wolfgang Kuhn)

Indeed, investors do not have time to wait until regulators agree global sustainability reporting standards or accurate ESG-related data is widely available given the rapid pace of climate change, he tells Capital Monitor.

Australian retirement scheme Aware Super is one large investor to have recognised the benefits of pressing ahead with proprietary ESG-related initiatives.

The fund developed its own impact measurement framework in 2018, in the absence of any global standards for such assessment (see table below).

It identified the first group of assets it would measure in the 2019/2020 financial year and issued the first report on these assets as part of its annual report for the year ended June 2020. The next report is due for release later this month.

“We wanted something fit for purpose – that’s why we developed our own impact measurement framework, looking at certain environmental and social issues,” says Liza McDonald, head of responsible investment at Aware Super. Similarly, the fund has developed a pioneering framework for assessing risks of modern slavery in supply chains.

The number of assets that the pension scheme assesses for impact is expected to rise further over time. Initially the A$150bn ($108bn) fund measured ten assets against the framework, totalling A$1.6bn.

This financial year the report will cover 14 assets, representing A$2.9bn. These included new renewable investments made in the past year, including into Darby Servtec Energy Fund, which invests in Latin America, US renewable energy developer Terra-Gen and Australian wind farm operator Snowtown.

Aware Super’s impact investments have largely been into private markets. Others include affordable housing and a mandate with a private equity manager to invest in small and medium-sized enterprises to expand those businesses and seek employment growth. “We capture how many jobs we're creating within the companies we’re invested in,” McDonald says.

The fund uses quantitative output measures to assess potential impact on people and the planet. It also analyses the less quantifiable elements and shares the results via case studies internally and with its members.

We look to map our investments to the different SDG indicators and sub-indicators to consider whether they are driving certain outcomes. Liza McDonald, Aware Super

Moreover, Aware Super determines both the positive and negative effects of its investments. It uses that data to engage with its investee companies to maximise positive impacts and minimise negative ones.

“We look to map our investments to the different SDG indicators and sub-indicators to consider whether they are driving certain outcomes,” McDonald adds. For example, the fund's investments in affordable housing map directly to SDG 11, target 1: Sustainable Cities and Communities – to ensure access for all to adequate, safe and affordable housing and basic services.

Impact measurement on the rise

Aware Super is not the only institution to have developed an impact measurement tool in recent years.

Similarly, UK fund house Schroders’ SustainEx tool quantifies the positive contributions and negative impacts companies have on society. Launched in 2019, it measures the costs companies would face if all of their negative externalities were priced, or the boost if benefits were recognised financially.

The $4.1trn in earnings that listed companies generate for shareholders would fall by 55% to $1.9trn if all the social and environmental impacts identified by the research crystallised as financial costs, according to Schroders.

“Schroders are assigning impact in different areas of focus with SustainEx,” says Kuhn. “They can analyse a portfolio for its impact on people and the planet. I don't think I have seen anyone present [analysis] like that before.”

Measuring adverse – as well as positive – impact is important, says Jan Anton van Zanten, SDG strategist at Dutch fund house Robeco: “If investors are able to define which companies provide positive contributions to the SDGs and which have negative impacts, they can channel financing towards those companies that help attain the goals and away from those that deteriorate progress.”

But it is not a given that investors will take this approach. Companies will often pick and choose the goals that are more easily achievable, Kuhn says.

Similarly, corporates are more likely to focus on SDG targets that intend to avoid harm than those that aim to do good and that are internally (rather than externally) actionable, according to research covering 81 companies across Europe and North America published in May. What’s more, “most companies cherry-pick relatively easy and isolated SDGs to report on, which might legitimise their contributions to society yet does little to improve future impact”, write the report's authors Rob van Tulder and Van Zanten, who is also a PhD researcher at the Rotterdam School of Management.

Once you have minimised all your negative effects on the world, then it's great to pursue positive contributions to selected SDGs. Wolfgang Kuhn, Responsible and bond investment expert

“In itself, [corporates] avoiding harm will not be sufficient for attaining the SDGs,” Van Zanten tells Capital Monitor. “Doing good – actively making contributions to the well-being of societies and the environment – is necessary too, yet very complicated. It suggests that companies need to find innovative ways to go beyond business as usual.”

However, for banks and institutional investors, simply seeking to avoid having a negative impact makes sense, but is a major challenge, says Kuhn.

“It is very difficult as an investor to clean up your act in a world that is not sustainable,” he adds. “If you invest based on mainstream indices, then it's very unlikely that you will be clean and society-friendly. So it’s easier to ignore the bad stuff and focus on trying to do something good.

“It's the same with the SDGs,” Kuhn continues. “You need to explain what you are doing to reduce the bad things. Once you have minimised all your negative effects on the world, then it's great to pursue positive contributions to selected SDGs.”

One approach for asset managers could be to draw up a list of the adverse impacts of their portfolio that they will try to improve, Kuhn says. “Then in two years’ time they can outline what improvements they have made.”

Yet that seems some way off for most fund houses, he suggests. In an asset manager survey that ShareAction conducted last year, it asked whether mainstream fund managers were thinking about their negative impact on biodiversity, the climate, human rights and so on. “The results were pretty underwhelming,” Kuhn says.

“A handful of asset managers had good answers and had been thinking about these issues. But many were clearly just thinking about ESG risk as something relevant to profitability,” he says, though he concedes that progress has likely been made since.

In any case, Kuhn says, even once all the impacts have been measured, the question remains: “How do you trade off impact versus return? How much of an SDG do you need to achieve to be willing to forego an extra 1%?

“No one is talking about these trade-offs,” he adds. “But it's a critical question.”