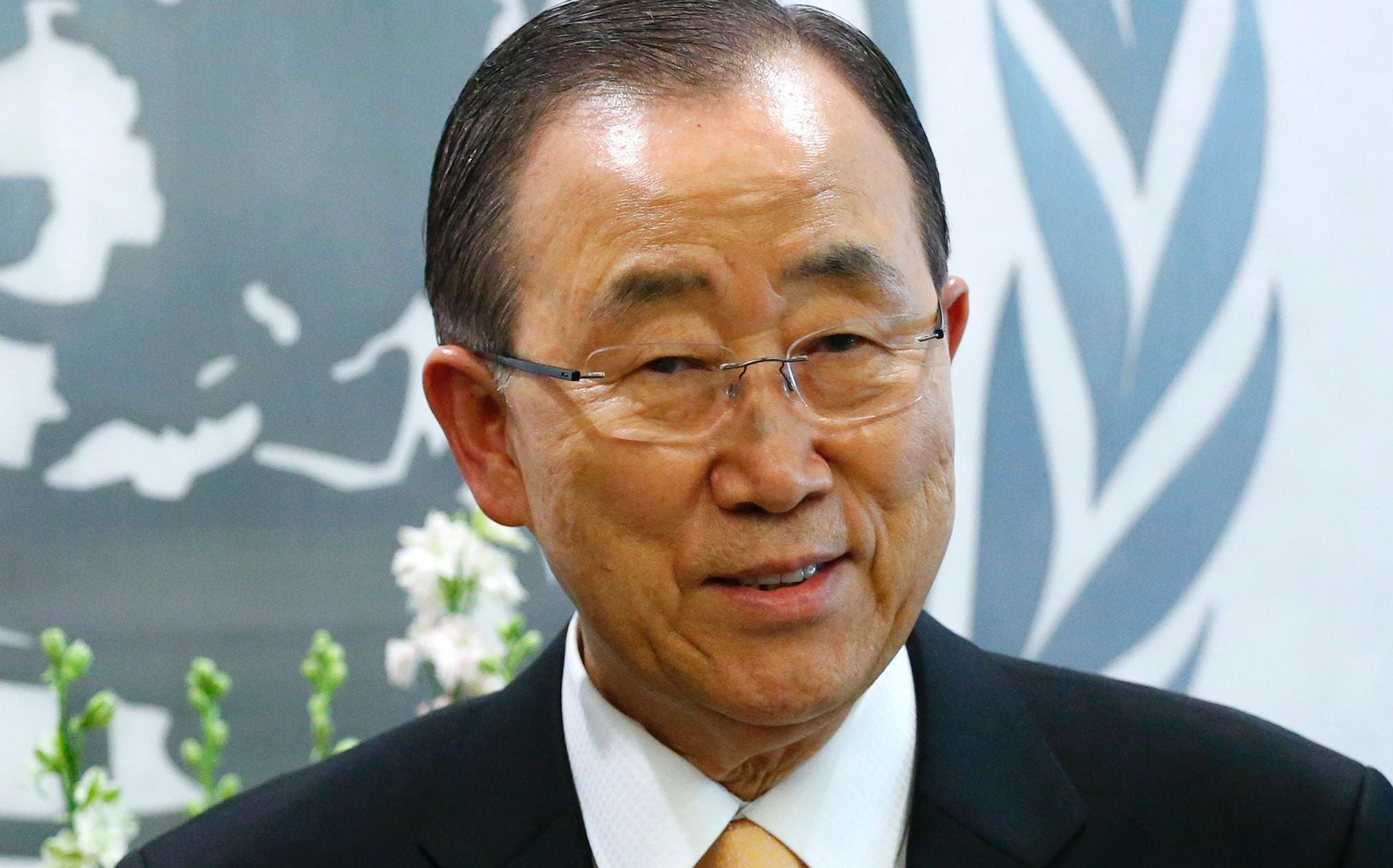 When former UN secretary general Ban Ki-moon oversaw the launch of the SDGs in 2016, he called them a “to-do list for people and planet”. (Photo by Kena Betancur/AFP via Getty Images)

Businesses and investors generally seem to agree that the UN’s Sustainable Development Goals (SDGs) may not be a perfect framework for creating a better world, but that they are the best of the tools currently available. Questions are, however, increasingly being raised about the SDGs’ fitness for purpose in light of the rising need for urgent action on climate change.

Here Capital Monitor considers the state of play in terms of progress made on the SDGs; the issues they face, such as a lack of legally binding rules; how they are used; and what more could be done on all these fronts.

The UN launched the 17 SDGs on 1 January 2016, after they had been pre-agreed by 193 governments with a view “to banish a whole host of social ills by 2030”. They replaced the eight Millennium Development Goals, which had been in place since 2000. The then UN secretary-general Ban Ki-moon called them a “to-do list for people and planet, and a blueprint for success”. At the time, the UN was riding high on the unprecedented international cooperation seen at COP21 in December 2015 that culminated in the historic Paris Agreement on Climate Change.

The SDGs are far-reaching and high level. They include elimination of hunger, quality education, and clean, affordable energy for all. Beneath them sit 169 targets: around 70% of which are measurable, such as “by 2030, double the global rate of improvement in energy efficiency”. Others are less concrete; for example, “strengthen efforts to protect and safeguard the world’s cultural and national heritage”.

While not legally binding, the goals are generally accepted as the globally agreed sustainability framework across governments, business, finance and society at large. Investors and companies have keenly professed their desire to interact and align with the SDGs – and more claim to be doing so (see graph below).

Privately, though, they have struggled with how to do this in practice. Indeed, a common criticism – often cited as an excuse for inaction – is that they are not drafted specifically with corporations or investors in mind.

That misses the point, says James Gomme, people and society director at the World Business Council for Sustainable Development (WBCSD), which helps some 200 corporate members with their SDG work.

“There seems to be an assumption that everything should be ready-made for businesses to implement, and the SDGs certainly aren’t,” he adds. “They’re incredibly ambitious high points we need to be reaching as societies, but that’s no reason for businesses to turn away. They give us clear consensus on the direction of travel, and if harnessed properly they can be really valuable to businesses.”

Some investment industry participants take a similar view. “The SDGs have become a useful, if imperfect, framework,” says Simon O’Connor, Sydney-based chair of the Global Sustainable Investment Alliance and head of the Responsible Investment Association Australasia. “Having that broad global commitment as a foundation makes things easier, and I think investors will continue to rely on them.”

Certainly, many investors use or align with the goals for allocation and/or reporting purposes. That includes some of the largest and most respected asset owners, such as Dutch pension giants APG and PGGM, Norway’s $1.3trn sovereign wealth fund and Australian retirement schemes like Aware Super and Cbus.

Such capital is sorely needed. The UN estimates that between $5trn and $7trn in investment will be needed from the private sector every year to meet SDGs. But it’s often argued – including by the World Economic Forum – that sovereign wealth funds should also be providing capital to help achieve the SDGs, although their progress is seen as patchy.

Indeed, without legally binding rules or expectations, it is unclear and difficult to measure how much money is really being directed towards the goals, and its ultimate impact. There is a fair case to be made that now is the time for stronger policy tools that cannot be ignored – but little evidence of appetite.

Many criticisms of the SDGs take issue with the core focus on economic growth, arguing that they cannot be achieved if continuous GDP expansion remains the overarching aim. But when it comes to actually replacing them, ideas are less forthcoming, beyond consolidating them into eight or nine broader themes. 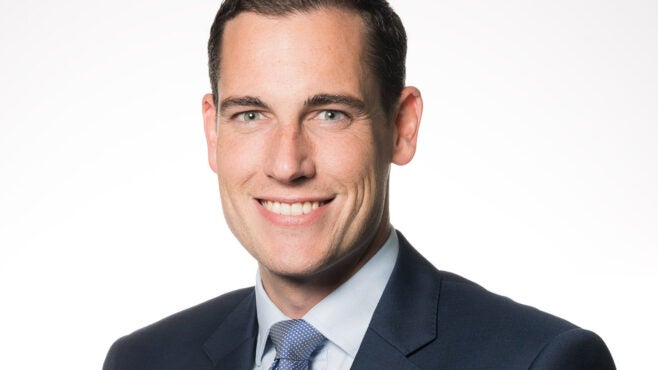 James Gomme of the World Business Council for Sustainable Development says the SDGs give clear consensus on the direction of travel. (Photo courtesy of WBCSD)

A European government adviser who was formerly at the IMF for five years says 17 SDGs and 169 targets “may be excessive”. But he concedes: “With a global institution [like the UN] everybody has to have their take on it.”

In any case, progress has been slow even on the most pressing objectives. The climate crisis is wreaking havoc across the globe (SDG 13: Climate Action) as emissions, most notably from energy production and consumption, continue to rise (SDG 7: Affordable and Clean Energy).

The outsize impact of natural catastrophes on poorer communities, combined with the Covid-19 pandemic (SDG 3: Good health and Well-being), has seen extreme poverty rebound after it had been declining for decades (SDG 1: No Poverty) and affected access to Clean Water and Sanitation (SDG 6).

Meanwhile, school closures have kept 90% of the world’s students out of education for extended periods in the past 18 months (SDG 4: Quality Education).

How SDGs are used

A key issue is that most corporates and financial firms tend to rely on SDG-related disclosure rather than using SDG-based investment decision-making. According to a 2019 PWC analysis of 1,000 companies, 72% mentioned the SDGs in their reporting, but only 25% referred to them in business strategy documents. And just 14% set specific SDG targets.

According to new research seen exclusively by Capital Monitor, businesses consider two factors when choosing SDGs to focus on: the ease of action and the ethical duties it conveys.

Jan Anton van Zanten, lead researcher on the report by the Rotterdam School of Management, says: “Although companies responded supportively to the launch of the SDGs by engaging primarily with internally actionable and ‘avoiding harm’ targets, they remain relatively passive agents."

Companies are also increasingly launching SDG-linked financial products, including funds, bonds and loans. But there is no established ‘right’ way for businesses to interact with the goals, leaving them open to accusations of enabling ‘rainbow-washing’, says Kaori Shigiya, head of SDGs at the Principles for Responsible Investment (PRI) – in reference to the UN’s colourful marketing materials.

We hear a lot of complaints about SDG funds popping up but no way of assessing impact. Kaori Shigiya, Principles for Responsible Investment

“We hear a lot of complaints about SDG funds popping up but no way of assessing impact. Some feel that others are relabelling what they were already doing with an SDG tag,” adds London-based Shigiya. “So we try to encourage investors to really think about the underlying targets, then work backwards to set their own goals by focusing on outcomes.”

Some firms have found creative ways to do this – even for the goals not viewed as easily investable, such as SDG 16 (Peace, Justice and Strong Institutions). After determining that businesses in the US spent at least $34bn on federal lobbying on a range of subjects over two decades, fund house Boston Trust Walden engaged with 30 companies in September 2019 on their lobbying practices. Nine of them changed their policies, introducing better oversight or transparency procedures, as a result of being contacted by the asset manager.

The WBCSD recommends what it calls “principled prioritisation”: that companies consider both the ability to drive positive impact and where they most need to focus on minimising negative impact. In short, says Gomme, they should avoid simply “cherry-picking the good stories”.

While some companies choose a handful of SDGs where they think they can add value and focus on those, others try to spread their efforts as evenly as possible.

According to a PwC analysis published in 2019 – the most recent comprehensive analysis – companies globally pay the least attention to (in ascending order): Zero Hunger (SDG 2), Life Below Water (SDG 14), No Poverty (SDG 1) and Life on Land (SDG 15). This is thought to be because most companies – around two-thirds – engage with the SDGs that relate directly to their industry.

Indeed, PwC says there is more work to be done in identifying SDG opportunities for adding sustainable value to society and business in general.

After all, life below water and on land, for instance, should be major causes for concern for all companies, given the world is on the brink of a biodiversity crisis. This raises questions around priorities and the drawbacks of such a high-level, voluntary framework.

And while some argue that the coronavirus pandemic has called the usefulness of the goals into question, WBCSD’s Gomme has a rather different take.

“The pandemic has highlighted how interconnected everything is, and the importance of a holistic agenda,” he says. “It’s not enough to focus solely on anything, from climate change to monetary policy. I’d view 2021 as an inflection point, and a time when the SDGs are more important than ever.”

Topics in this article : hot topics