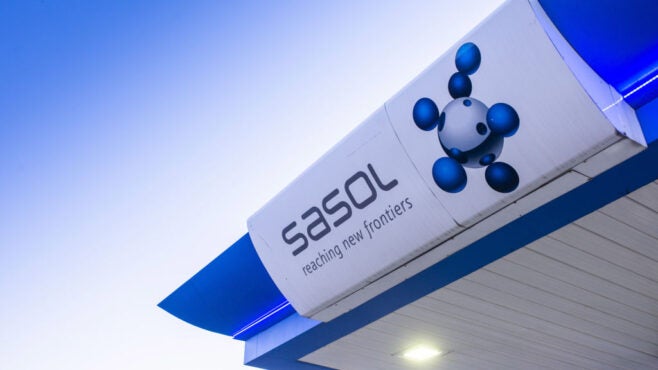 The South African energy and chemicals company is heavily coal-dependent but has outlined plans to transition to cleaner fuels. (Photo by Per-Anders Pettersson/Getty Images)

As investors become increasingly alert to the climate impact of the companies they own, many are requesting more transparency on corporate lobbying activity related to the environment. That is proving particularly difficult in some countries.

Shareholders in South African energy and chemicals giant Sasol – activist group Just Share and Aeon Investment Management – proposed the country’s first such resolution in September, but the company refused to table it. Indeed a section of its investors have repeatedly called for Sasol’s board to disclose the company’s lobbying activities related to climate change, climate risk and regulatory matters.

On two occasions now the Johannesburg-based firm has refused to allow a vote on this resolution, instead substituting its own non-binding management resolution asking investors to approve its climate strategy. Sasol’s latest such move received overwhelming support at its 19 November annual meeting after being backed by third-party opinion provider ISS.

A spokesperson for Sasol pointed Capital Monitor to a 12 October letter to Just Share and Aeon in which the energy company says the demands of the original resolution were “substantially implemented”. However, Just Share said Sasol’s disclosures only covered the public policy positions of the trade associations of which Sasol is a member rather than its lobbying activities.

BlackRock and Vanguard – the world’s two biggest asset managers – are among Sasol’s largest shareholders, owning 3.29% and 3.17%, respectively. Both fund houses declined to comment on whether they supported Sasol’s proposal or on how they might have voted on a hypothetical shareholder resolution. This year has seen a big rise in support for climate-related shareholder resolutions, including from BlackRock and Vanguard.

Some blame lobbying activity from companies and their trade associations as one of the main reasons for government climate inaction. Just Share and fellow activist group InfluenceMap, say Sasol and its trade associations have consistently lobbied against the introduction of a carbon tax in South Africa and for clean coal.

A report released this month by InfluenceMap shows that the misalignment between a company’s public position and its lobbying activities on climate is widespread globally (see chart below). Sasol places 615th out of 5,561 companies by amount spent on lobbying, according to political donation activist organisation OpenSecrets. While incomplete, figures show that the company spent $2.25m on lobbying from 2016 to 2021 in the US.

According to the UN Principles for Responsible Investment (PRI), climate lobbying consistently obstructs government action on climate change. The organisation says that in the US corporate lawsuits prevented the Environmental Protection Agency’s Clean Power Plan, which aimed to reduce carbon pollution from power plants. The PRI says there have been similar situations in Australia, Canada and South Africa.

“Investors globally are increasingly engaging companies and their trade associations on their climate-related lobbying, urging them to ensure all lobbying is in sync with the goals of the Paris Accord,” says Timothy Smith, senior ESG adviser at Boston Trust Walden Asset Management, who had worked with the PRI on its 2018 climate lobbying white paper. “Unfortunately, a number of trade associations actively work against forward-looking legislation or regulation on climate change with a significant impact on government policy. This is a tragic misalignment.”

Companies saying one thing about their focus on the climate in public should not undermine that in non-public ways, in either direct or indirect lobby spending. Jeff Perkins, Friends Fiduciary

Some large financial institutions are also lining up on the side of fossil fuel company clients to oppose environmental legislation, said Ivan Frishberg, director of impact policy at Amalgamated Bank, a US-based union-owned group. He was speaking during the Sustainable Investment Forum North America in September.

Companies saying one thing about their focus on the climate in public “should not undermine that in non-public ways, in either direct or indirect lobby spending”, says Jeff Perkins, executive director at Friends Fiduciary, a non-profit, socially responsible investment firm. “[Doing so] can create reputational risk.

“Part of the reason these climate lobbying resolutions are getting such strong votes at the moment is the urgency of the climate crisis,” he adds. “Everyone understands that policy needs to move forward, and we can’t have trade groups undermining that.”

Friends Fiduciary had filed a successful climate lobbying resolution to US transport company Norfolk Southern this year. “We have a testimony about integrity as values-based investors, and that means doing what you say,” Perkins says. 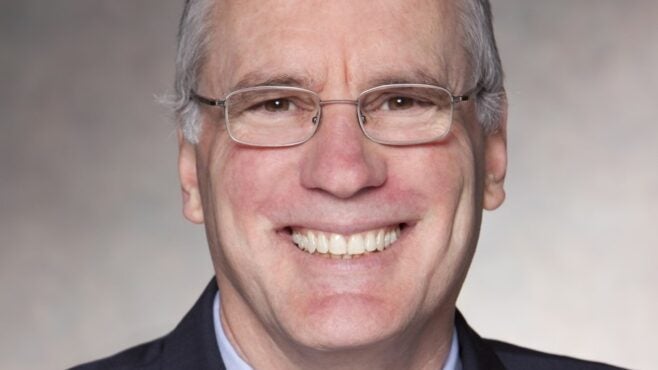 Fot its part, Sasol has announced a shift away from coal in its climate change report (CCR) but “continues to push a long-term role for natural gas in the energy mix”, says Joe Brooks, a senior analyst at the non-profit think tank InfluenceMap.

“We give Sasol a C-minus grade for its lobbying performance because it still very much represents mixed engagement on climate policy, as the company does not appear fully supportive of South Africa’s carbon tax.”

Most of the worst offenders are in the US. Exxon and Chevron are number one and two in InfluenceMap’s list of the 25 companies most responsible for blocking climate policy action globally. While Sasol is not in the top 25, its score of 20 out of 100 indicates an ‘average’ level of obstruction and influence.

The release of Sasol’s 2021 CCR did at least improve its top-line messaging on climate change, Brooks says. It includes support for achieving net zero by 2050 and statements backing greenhouse gas (GHG) emissions legislation in South Africa, including a 2030 GHG target and carbon budgeting.

But for some investors, this is not enough.

Hence the 14 September move by Just Share and Aeon to co-file a non-binding, advisory shareholder resolution at Sasol, with the intention of having it voted on at the company’s 19 November annual meeting.

The resolution asked Sasol to “improve and expand the disclosure of its direct and indirect climate lobbying, including disclosing the annual membership fees paid to industry associations which are involved in climate lobbying activities”.

As noted above, Sasol did not put the resolution in its annual meeting notice, saying it had already made the disclosures being requested.

The same two shareholders in October filed a second resolution, which Sasol likewise refused to table. 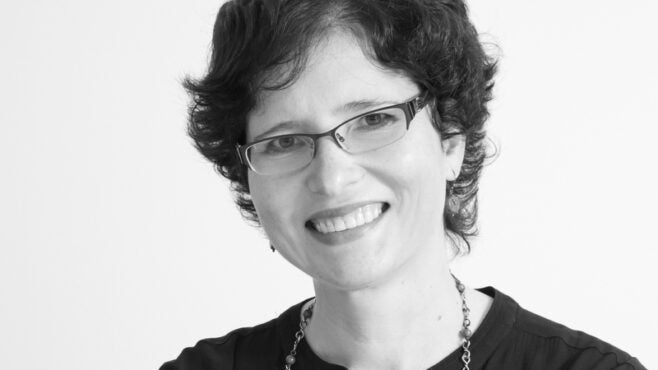 Just Share received a legal opinion earlier this year indicating that Sasol directors could not refuse to table shareholder resolutions. Sasol had relied on companies’ own memoranda of incorporation to state that shareholders are “not entitled to voting rights” on such proposals, say lawyers Tembeka Ngcukaitobi and Chris McConnachie of the Fountain and Thulamela chambers, respectively.

South Africa’s Standard Bank – which also refused to table a shareholder resolution this year and is also under pressure to cut emissions – has employed the same strategy.

Yet barring shareholders from proposing any resolutions on climate change and other ESG matters would “not best promote” South Africa’s Bill of Rights or parts of its Companies Act and would be out of step with company law in comparable common-law countries, the two lawyers argue.

In May this year, Standard Bank conceded that shareholders did have the right to file such resolutions.

Sasol, however, has filed its own resolution, asking shareholders to endorse its climate change strategy and actions as set out in CCR 2021. It received at least 96% support at the AGM last month.

This overwhelming vote in favour of Sasol’s climate change resolution is a disappointing reflection of the failure of investors to interrogate or understand the significant gaps in Sasol’s plans. Robyn Hugo, Just Share

ISS had recommended a vote for the resolution based on the disclosures in the CCR. “Qualified support is considered warranted for this resolution,” said the opinion provider, because the “company expresses its vision and commitments (which are set on a short, medium and long-term basis) to achieve net-zero emissions by 2050”.

“This overwhelming vote in favour of Sasol’s climate change resolution is a disappointing reflection of the failure of investors to interrogate or understand the significant gaps in Sasol’s plans,” Robyn Hugo, director of climate change engagement at Just Share, tells Capital Monitor.

Moreover, Sasol has refused to table eight shareholder resolutions since 2017, according to another report from Just Share. The energy company gave reasons similar to those used by companies in the US seeking to exclude climate risk shareholder proposals, incorporating phrases such as that resolutions have been “substantially implemented” and pushing against “micromanagement”.

But the most frequent objection, used in five of the eight exclusions, is that they were filed too late. South African stock exchange listing requirements say that a resolution is subject to a minimum notice period of 15 business days prior to the AGM. All of the resolutions complied with this, yet Sasol claims that resolutions must be submitted six weeks before the meeting.

US companies cannot exclude resolutions without permission from the Securities and Exchange Commission, but Sasol’s approach is not unheard of elsewhere. According to ISS, French construction firm Vinci unilaterally excluded two resolutions. And in the Netherlands, energy company Fugro excluded an anti-takeover resolution in 2015 and AkzoNobel excluded a proposal that sought to dismiss its board chairman in 2017.

Moreover, while the US, for instance, has legal requirements for lobbying disclosure, South Africa does not.

But with polluters under ever greater pressure and scrutiny – through shareholder resolutions, climate action lawsuits and other forms of engagement – the kind of obstructive practices employed by Sasol may become increasingly hard to employ.

Paul Hodgson has written about ESG issues for publications including Thomson Reuters, The Corporate Library, Fortune, Forbes, Bloomberg and Responsible Investor, The Guardian and the Financial Times, and is the senior editor for ISS Corporate Solutions and senior adviser to data house ESGauge.
Websites in our network