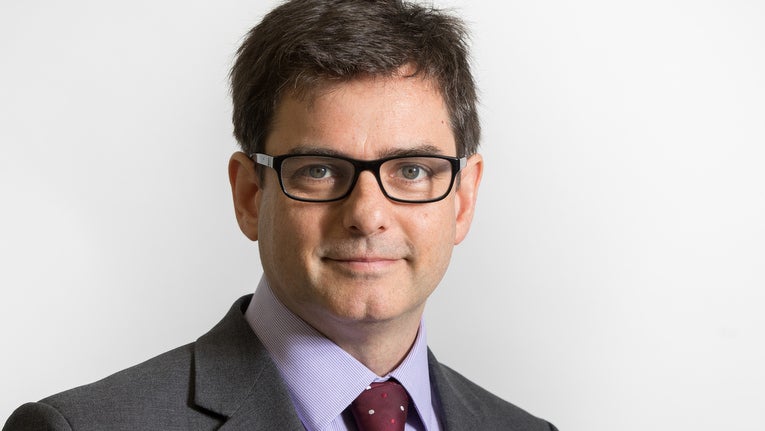 A battle over insurance companies’ capital requirements in the European Union could have big implications for how the region tackles climate change.

The European Commission – the EU’s lawmaking body – is negotiating changes to solvency rules for insurance firms that aim to channel the industry’s €10trn ($11.6trn) of investment capital towards sustainable assets. Under the proposals, unveiled last month, insurers and re-insurers would have to identify any material exposure to climate risks and assess the impact of long-term climate change scenarios on their assets.

The finer details have yet to be worked out, but the intention is clear: the European Commission wants polluting assets to be more capital-intensive for insurers to own.

The industry has not welcomed this approach. Few European insurers disagree with the need for continued improvement in the quality and scope of public disclosure on sustainability risks. Nor do they oppose the push to make investment portfolios more sustainable. Indeed most are already making commitments to decarbonise their investment portfolios and publishing detailed climate reports (though many appear to be lagging behind on reducing their underwriting of high-carbon projects).

Insurance companies’ objections to the EU proposals focus on the use of solvency rules – under the Solvency II framework – to achieve the political goals of the European Green Deal.

“Solvency capital charges should remain based on the real risks faced by insurers and not based on green or brown assessments, unless these can be shown to have a clear link to risk factors,” says Olav Jones, deputy director general of Insurance Europe, the region’s Brussels-based insurance federation, which represents around 95% of European premium income. “If capital charges are not based on actual risk factors, this can create distortions and other problems, such as pricing bubbles.”

Asset price distortions may already be emerging even without the push factor provided by capital charges, according to the Bank for International Settlements. The organisation expressed concern in its latest quarterly report about the rapid growth of investments in environmental, social and governance (ESG) assets and potentially “stretched” valuations as a result.

We will not have accomplished anything if we simply disinvest from brown and invest in green models. Pascal Christory, Axa

The review of Solvency II proposes that insurers should assess the impact of long-term climate change scenarios on their businesses every three years, using at least two scenarios: warming below 2°C and warming equal to or above 2°C. For now, such scenarios would only be required as part of insurers’ “own risk and solvency assessment” (Orsa). They would accordingly not be reflected in additional capital charges, although this is clearly a possibility in the future.

The industry argues that it already includes all relevant risks under the Orsa requirement. Mandating that they run long-term climate scenarios is therefore an unnecessary burden that will further add to compliance costs and make European insurers less competitive, say insurance executives.

These arguments are similar to some of those put forward by banks in the EU and UK in response to climate stress tests of their own sector – as Capital Monitor has recently reported.

While the Solvency II climate scenarios have implications for insurers’ assets, they are more focused on the liability side of the balance sheet – that is, making sure that the industry understands the extent of the natural catastrophe risks that they are underwriting.

But the review also includes plans to tackle the asset side more directly. Within the proposal, the European Commission has asked the European Insurance and Occupational Pensions Authority (Eiopa) to report back by 2023 on how regulators should address the sustainability of insurance portfolios.

Threat of penalties for brown assets

Capital rules should not, the Commission says, “impede sustainable investments by insurance and re-insurance undertakings, but should reflect the full risk of investments in environmentally harmful activities”. That raises the threat of penalties for so-called ‘brown’ assets, which insurers warn could lead to fire sales of certain holdings and achieve little positive benefit for the environment or society.

“We will not have accomplished anything if we simply disinvest from brown and invest in green models,” says Pascal Christory, group chief investment officer at French insurer Axa, which had €675bn under management at the end of 2020. “It is the conversion from one to the other that matters.”

Financing this transition is a key part of Axa’s environmental mission, which includes the development, alongside Crédit Agricole, of so-called transition bonds. These are aimed at borrowers classed as brown today but that intend to use the proceeds to fund projects that ultimately reduce emissions.

Much of Europe’s success in reducing greenhouse gas emissions has come from the replacement of coal with natural gas. And such transitions could be even more important in Asia, where coal is still the dominant source of energy in many countries.

Axa became the first major insurer to commit to divesting coal assets in 2015 and has pioneered the development of metrics for aligning its investment portfolio with the objectives of the Paris Agreement. Its annual climate report provides an extensive analysis of the climate impact of its investments, but also highlights the complexity of translating the science into concrete decisions that can inform portfolio construction.

The obvious approach is to assess a portfolio based on how much warming it will contribute by the end of the century. The desired maximum temperature rise is 2°C above pre-industrial levels, as agreed in Paris in 2015.

But measuring the climate impact of asset holdings is very much an evolving science. When testing methodologies to monitor its portfolio in 2017, Axa asked four data providers about the “investment temperature” of its portfolio and received four very different answers. For instance, the estimated temperature rise provided for companies in Brazil’s food, beverage and tobacco sector ranged from 1.5°C to more than 6°C.

This is one reason the industry is cautious about applying such methodologies to capital requirements. Building sustainable portfolios is challenging even for asset owners that have invested substantial amounts of time, money and energy into doing so.

The biggest challenge is the supply of the right types of assets – that is the elephant in the room. Carlos Montalvo Rebuelta, PwC

“Sometimes I tend to believe that we are pushing forward so hard, especially in regulatory terms, that we are missing a good understanding of all the consequences that our actions will bring later on,” says José Luis Jiménez, chief investment officer at Spanish insurer Mapfre.

This is particularly evident in the way that ESG factors are commonly applied in portfolio construction, says Madrid-based Jiménez. Focusing on ESG rankings, for instance, means ESG-focused exchange-traded funds “primarily allocate capital to companies that do no harm to the environment, but do not do any good either”. Capital Monitor research has indicated similar issues.

However, as some financial and investment experts argue, capital markets, investors and underwriters have long operated with imperfect data. Why should they not therefore proceed as best they can with the information and models they have, given the urgency of the climate crisis?

The scale of the challenge is, after all, huge. That is clear from the methodology that Axa employs. It incorporates a “warming potential” indicator that the insurer developed with Swiss fintech company Carbon Delta, which was bought in 2019 by index provider MSCI (see chart below).

The indicator’s benchmark portfolio, which represents a typical allocation for an insurer, last year had a warming potential of 3.2°C by 2100. It puts the figure for Axa’s portfolio at 2.7°C. Much of this outperformance versus the benchmark is due to Axa’s overweight in French sovereign debt, which has a low warming potential largely due to France’s reliance on nuclear power.

For the industry as a whole, aligning its portfolios with a 2°C warming trajectory within current investment, regulatory and fiduciary constraints will be a massive undertaking.

“The biggest challenge is the supply of the right types of assets – that is the elephant in the room,” says Carlos Montalvo Rebuelta, Madrid-based partner at consultancy PwC and formerly executive director of Eiopa, where he played a key role in developing Solvency II. “It’s not about penalising brown assets or supporting green ones. The issue is that you need to have more of these green assets.”

Rebuelta recalls similar issues when Eiopa tried to channel insurance capital into infrastructure investments. Without the supply of appropriate projects, he says, the initiative did not lead to significant financing of infrastructure, despite the obvious potential for matching long-term insurance liabilities with long-term assets.

Indeed, flaws in the way that Solvency II treats long-term assets have led to excessive capital requirements and artificial volatility, which act as barriers for insurers to invest in equity and debt, says Jones at Insurance Europe. “Fixing this would therefore help to increase the insurance industry’s investment capacity for green assets,” he says.

Were the legislation to come into force, it would likely do so in 2024 or 2025, says PwC’s Rebuelta. British insurers, meanwhile, will not be holding out hope for benefits from Brexit, as the UK’s Prudential Regulatory Authority appears to be moving in a similar direction to its EU counterpart.

The industry’s message appears to be: create more green assets and insurers will come, but do not penalise them for buying brown ones and thereby risk unintended consequences such as valuation bubbles.

Such a balancing act may be easier said than done.

An experienced journalist and editor who has been reporting on financial markets since 1996. He has broad knowledge of financial products, including capital raising, M&A and private equity, derivatives and structured finance, FX, commodities, infrastructure and projects, electronic trading, asset management, private banking, insurance and legal services.
Websites in our network