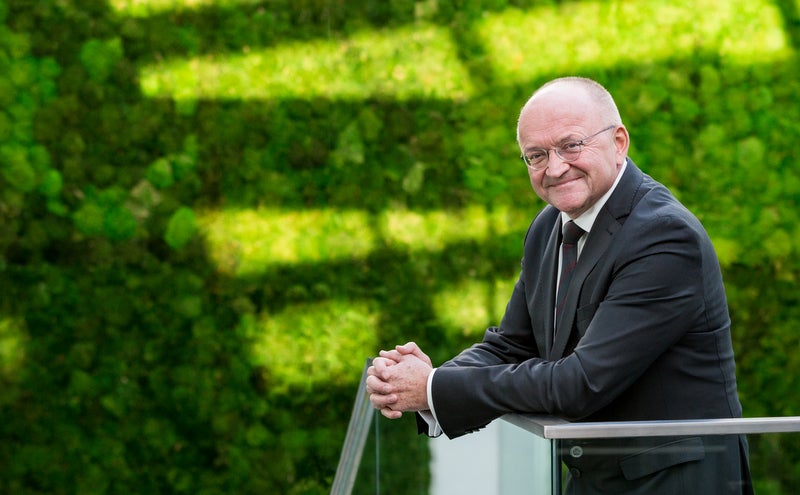 Danish pension funds, known for their focus on sustainability, are showing growing urgency to build their allocation to green assets and shrink their carbon footprints, with some having unveiled ambitious plans in the run-up to this month’s Cop26 summit.

Executives from three retirement schemes – with combined assets of some $200bn – spoke to Capital Monitor about their varying approaches to addressing the climate transition.

That allocation stood at DKr50bn at the start of this year, ATP spokesman Stephan Ghisler-Solvang tells Capital Monitor. “We will in our next full year report how far we are [in] reaching the target at asset class level.”

Asked how ATP defined green investments, Ghisler-Solvang says: “While we are awaiting the EU’s green taxonomy, we have set the bar very high for a start to get a grip on what’s green and what’s not.”

While we are awaiting the EU’s green taxonomy, we have set the bar very high [for what we consider green assets] for a start to get a grip on what’s green and what’s not. Stephan Ghisler-Solvang, ATP

The fund’s green bond portfolio – following the International Capital Market Association’s Green Bond Principles – is included, Ghisler-Solvang adds, “while we still have work to do on other asset classes”.

Bo Foged, chief executive of ATP, said in a statement: “We simply cannot afford not to [increase the green asset allocation] for two reasons. Firstly, it is obvious for all that the global climate needs a green transition and concrete action now. Secondly, the green transition will be a fantastic opportunity to create good returns over the next many years.”

A similar sense of urgency was evident from Torben Möger Pedersen, CEO of €36bn ($41.1bn) scheme PensionDanmark, when he spoke at the Sustainable Investment Forum North America in September: “We are in a hurry. There is no time to waste. We have to address climate change now, and what is most needed is massive private investment in the green transition.”

PensionDanmark unveiled five-year decarbonisation targets on 20 October, as required under the Net-Zero Asset Owner Alliance (NZAOA). By the end of 2024 the fund aims to reduce its portfolio’s climate footprint – across Scope 1, 2 and 3 emissions – in oil and gas by 20%, utilities by 35%, cement by 10% and shipping by 15%.

Between 2020 and 2025 PensionDanmark also plans to increase its green power capacity by 200MW to 1,300MW. And it will work with development finance institutions to provide climate finance to the least-developed countries.

Meanwhile, AkademikerPension, the €20bn retirement fund for the academic sector, aims to more than treble its near 7% allocation to green assets to 22.5% by 2030, including boosting its allocation to renewable infrastructure from 1.5% to 8%.

Such commitments are timely, as overall climate finance flows are slowing, according to the annual Global Landscape of Climate Finance report by US think tank the Climate Policy Initiative (CPI), which was released last month. They reached $632bn in 2019/20, up 10% on 2017/18, compared with rises of 24% and 27% in the two previous years (see first chart below). This is worrying, given that the CPI is yet to report figures showing the Covid pandemic’s impact on climate finance.

What’s more, while private investment into climate finance increased by 13% from 2017/18 to $310bn, only $3bn – a mere 1% – of that figure came from institutional investors last year (see chart below). Asset owner interest in renewable infrastructure is growing, but it remains to be seen how quickly that money will flow, as Capital Monitor reported in September.

The Danish funds, for their part, are taking different approaches to achieving their environmental objectives, as two of their senior executives outlined to Capital Monitor.

PensionDanmark was an early mover into renewable infrastructure in 2010 when it bought a 50% stake of the Nysted offshore wind farm from Denmark’s Dong Energy (now Ørsted). The fund now has roughly 10% of its portfolio in infrastructure, of which around 7% is in green assets.

Of the 10% of the fund’s assets allocated to real estate, most are certified by the Danish version of the German certification system DGNB, Pedersen tells Capital Monitor. All new office buildings in the portfolio have been certified since 2012 and all new residential buildings since 2016.

PensionDanmark’s experience in renewables is reflected by the fact that it, unusually among asset owners, invests in early-stage infrastructure, including in emerging markets. It does so via Copenhagen Infrastructure Partners (CIP), a renewables-focused fund house with €6bn under management set up in 2012. CIP, in which PensionDanmark was the seed investor, this month committed to deploying €100bn into green energy investments by 2030.

Most of CIP’s team have experience of working in the energy sector. Steen Lønberg Jørgensen, partner in investor relations at CIP, says: “Because we have the industrial skills, we can create the projects ourselves – project design, supplier selection, contracts… If you do all of that you can get a better return.”

As Pedersen says, being able to engage at an early stage in development and construction of renewable assets increases the potential of attractive returns, and the potential for positive impact.

While most of CIP’s investments are in developed markets, it has exposure to emerging countries, which is likely to grow, Jørgensen says, as two-thirds of all new power generation capacity will be built in such locations.

Yet such investments pose particular challenges, he adds. “The risk of doing business [in emerging markets] is higher. It takes more time to execute construction projects and potentially longer to get the permits needed. There is risk related to currency fluctuations. Some banks don’t want to finance projects there.”

This nonetheless remains a pressing issue. A key focal point of Cop26 was the continued failure of richer nations to deliver on a promised $100bn a year in climate finance to help poorer nations adapt to climate change.

The commitment was made 12 years ago at Cop15 in Copenhagen, and the Glasgow Climate Pact – signed on 13 November – expresses “deep regret” that it has still not been met. It calls on developed countries to provide greater clarity on their commitments through their next biennial communications as part of the Paris Agreement and urges them to deliver the goal “urgently” through to 2025.

Meanwhile, despite PensionDanmark’s strong focus on clean assets, it retains exposure to major fossil fuel companies and other carbon-intensive sectors. Divestment is “greenwashing”, Pedersen says. “You may look nice, but you are not having any real-life impact. You have to use your position to engage with industries where the climate challenges are biggest.

“We are focused on engaging with the hard-to-abate industries, like cement and transport, on the transition,” he adds. PensionDanmark’s membership of the NZAOA enables it to pool influence with others and have a stronger voice, he says.

ATP is similarly wary of employing divestment as a strategy, seeing it as a blunt tool. It will pressure the companies it invests in to report on their discharge of carbon dioxide, Foged said when unveiling its green investment targets. Such moves will help it achieve its portfolio climate footprint goals of CO2 neutrality in 2050 and 70% reduction in 2030, he added.

In addition, ATP has developed its own model for analysing ESG data and tailoring it for different sectors, as reported by Capital Monitor. This allows the fund to see which companies are transitioning most effectively to reduce carbon emissions. 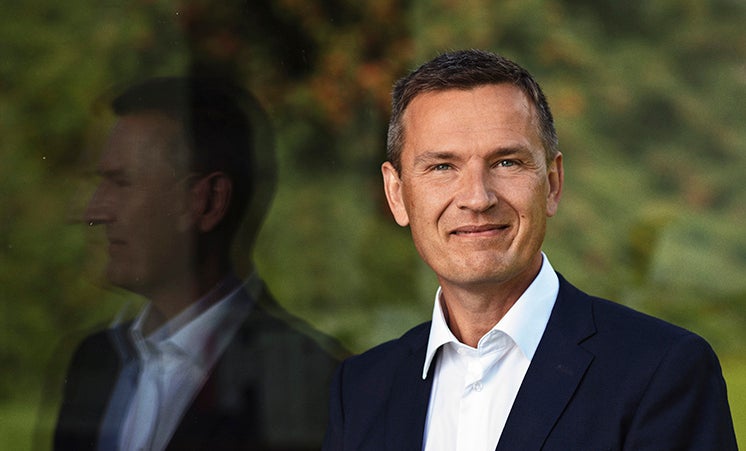 AkademikerPension, however, sets more store by divestment, as appears to be the case for a growing number of allocators. The fund has sold out of most fossil fuel companies after deciding they were not on track to be aligned with the Paris climate agreement, chief investment officer Anders Schelde tells Capital Monitor.

“We spent a lot of time looking through the major oil and gas companies and only found two [that] we felt perhaps were on track – [Spain’s] Repsol and [Italy’s] Eni – although we haven’t made the final verdict yet,” he says.

That said, AkademikerPension is still tracking the oil majors; if they change their business strategies, it could reinvest. “This could be the case for European ones,” he says. “But we don’t see any signs that the major US companies are making any progress.”

AkademikerPension uses the NZAOA as its template to manage its transition. In October it committed some €300m to Alternative Investment Partners (AIP), a Danish direct infrastructure investment platform. It thereby plans to increase its allocation to renewable infrastructure, to which it has €800,000 in indirect exposure via funds. Unlike CIP, AIP focuses on more mature assets.

“We want to own the boring, less risky, stable stuff,” Schelde says. “Investments that we hold for many years until the end of their economic life. Partnerships are the best way for us to directly own assets like this. We are a relatively small fund, after all, and we would not be able to source them ourselves.”

The benefits the partnership approach offers in terms of reducing risk and achieving positive impact outweighs the greater freedom it gets from going direct, he adds. The fund can benefit from AIP’s expertise and negotiate better deals through the partnership.

AkademikerPension has also found engagement to be a successful strategy to tackle climate change. In April, it teamed up with other institutions – the Church of England Pensions Board, Sweden state retirement fund AP7 and Norwegian asset manager Storebrand – to push Toyota to review its environmental lobbying activity and provide transparency on it.

The group of investors is awaiting the Japanese car maker’s report, Schelde says. “It should be on its way, and we hope it will make Toyota reconsider its current lobbying practices. If not, AkademikerPension will certainly consider putting a shareholder resolution at the table at the next AGM.”

Whether or not they manage to hit their green investment targets, Danish pension funds are making good on their assertions that there is no time to waste and setting good examples along the way.