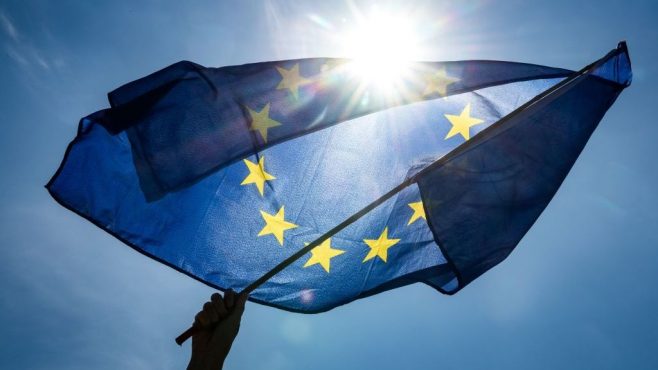 Can the European Union fly the flag for sustainability reporting standards? (Photo by Sina Schuldt / AFP via Getty Images)

European Union lawmakers are planning to sharply increase the number of companies that must report on sustainability factors. They hope, in the process, to establish the region as the world leader in corporate transparency on environmental, social and governance (ESG) issues.

That appears to be a central aim of the Corporate Sustainability Reporting Directive (CSRD), which was proposed in April.

ESG disclosure is an increasingly hot topic, as evidenced by G7 plans unveiled this month to mandate corporate reporting aligned with the Task Force on Climate-related Financial Disclosures (TCFD). But the EU is arguably leading the regulatory pack in this regard.

“The EU is positioning itself as a force of gravity. If they can achieve their timelines, the expectation is it will influence other projects [around the world],” says Jeff Twentyman, head of sustainability at law firm Slaughter and May.

The European Commission aims, under the CSRD, to have a comprehensive set of new data standards in place by the 2023 financial reporting season.

The EU is positioning itself as a force of gravity. If they can achieve their timelines, the expectation is it will influence other projects. Jeff Twentyman, Slaughter and May

The new rules will replace the Non-Financial Reporting Directive (NFRD) and will expand the number of companies covered to 49,000 from 11,600. The new universe will account for 75% of the turnover of EU limited liability companies, up from 47% currently.

The CSRD represents “a massive uptick in the threshold of disclosure”, says Twentyman, which will benefit investors. “There’s currently a shortfall between what the money wants and what’s available. The CSRD is trying to lift the lowest common denominator for a broader range of companies, which is an inherently good thing.”

EU policymakers have long seen poor-quality corporate disclosure as a key barrier to firms hitting sustainability targets. They also feel it hinders investors’ decision-making and compliance with their own regulatory requirements. That, in turn, would have negative impact on capital flows into sustainable assets.

The new directive is the bloc’s latest attempt to improve the quality of reporting. Without credible data disclosure, its regulators are concerned that getting capital to environmentally sustainable destinations won’t happen fast enough or in sufficient volume. 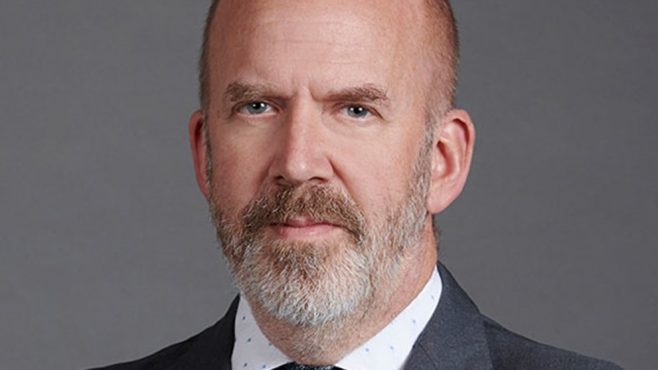 But their concerns go deeper than that. According to the CSRD’s preamble text, “the aggregation of multiple investment decisions that do not take adequate account of sustainability-related risks has the potential to create systemic risks that threaten financial stability”.

To achieve the EU Green Deal’s 2050 climate-neutral goals, lawmakers thought it was key to focus on the financial system early. The thinking is that investors armed with high-quality information mandated by the CSRD will gain a better grasp of companies’ sustainability objectives, position and performance, and be better able to decide how – or if – to engage.

Data reported under the CSRD and other ESG-related regulations will enable investors to make company-to-company comparisons, map out best-in-class players and laggards, apply more effective screening tools, and/or impose sanctions on poor performers (such as by disinvesting or declining to provide finance).

Omers was one of eight big Canadian retirement funds that wrote to companies in November calling for more standardised reporting. They requested alignment with the TCFD for environmental issues and the Sustainability Accounting Standards Board (which is now part of the Value Reporting Foundation) for more general ESG factors.

“Companies need to be talking about these issues in their annual reporting so that we can get a sense as to how much they are on top of whether they have climate risk, for example, or not, and what their plan is to address it,” Kelly says.

Moreover, for fund houses operating in the EU, such data is essential for their compliance with the Sustainable Finance Disclosure Regulation (SFDR), parts of which have been in force since March 2021. They are currently having to rely largely on proxies and estimates.

Hence asset managers have repeatedly stressed the need for mandatory corporate reporting. “It certainly would have made sense to regulate the companies [in respect of ESG disclosures] before those that invest in them,” says the head of public policy at a major European asset manager.

It’s important now that we get clear and practical implementation guidelines from government and regulators [on sustainability disclosure rules].  Flora Hamilton, Confederation of British Industry

As for the corporate sector’s thinking, Capital Monitor reached out to a number of associations and lobby groups in the oil and gas, automotive, construction and aircraft sectors, as well as general corporate associations. Most were reluctant to comment on the CSRD and the push for greater ESG disclosure.

Both the Association of British Insurers and the Committee for European Construction Equipment say they are not in a position to comment. The German Automotive Industry Association is “not actively working on this topic”. The Confederation of Italian Industry declined to respond.

The Confederation of British Industry (CBI) did not comment specifically on the CSRD, but welcomes mandatory TCFD-aligned disclosure in the UK.

“Sustainability disclosures are an important tool in the race to net zero. They will help demonstrate whether businesses are considering climate-related risks in their strategies and operations,” Flora Hamilton, director of financial services at the CBI, tells Capital Monitor.

“It’s important now that we get clear and practical implementation guidelines from government and regulators with best-practice examples to help firms ensure they have the correct information for investors,” she adds. “Ultimately, that will help investors get the right finance and support their own transition.”

Ultimately, the new EU proposals go further than others proposed globally, including the G7’s TCFD-focused disclosure plan. (The US’s mooted plans for mandatory reporting lack detail as yet.)

The CSRD considers so-called ‘double materiality’: the potential impact of environmental and social risks on the company’s enterprise value, as well as the company’s impact on the environment and broader society. The TCFD regime does not, meaning comparison between firms may be more difficult.

That is a common criticism of the TCFD standards, says Twentyman. “If you approach this from a purpose perspective – that reporting shines a light on the way businesses and stakeholders interact – you have to look at the way business impacts on stakeholders, which CSRD is doing.”

The new directive also takes into account the hundreds of existing global initiatives. Around 80% of companies worldwide now voluntarily report on sustainability, according to consultancy KPMG, which has run a survey since 1993 (see charts below).

But while there is a desire at EU level to support global alignment, Brussels is in a hurry to get its own plan in place early.

The European Financial Reporting Advisory Group (Efrag) says international efforts cannot match the speed and scope of the EU’s ambitions, so international cooperation should not slow the momentum achieved in Europe, nor undermine the level of ambition the EU has demonstrated in the European Green Deal and climate strategy.

“Efrag’s roadmap acknowledges that [global standards have to] work together, but it will do what’s right for the EU,” Twentyman says.

Efrag has drawn up 54 recommendations for the data standards that will be written into the CSRD. While its 228-page final report did not set draft standards or propose specific disclosure requirements, it laid out the scope and structure of future sustainability reporting standards.

If the recommendations become formal data standards, companies will, among other things, have to report entity-specific information regardless of sector, submit retrospective and forward-looking data, integrate sustainability reporting and financial reporting, and conduct audit (assurance) reports on the sustainability information they submit.

Regardless of the ultimate outcome of the planned CSRD, the direction of travel seems clear. Corporates should brace for stricter reporting requirements, and investors can expect to receive more and better-quality information. Time will tell how much and how quickly those things happen – and which jurisdiction ends up setting the global standard.

Keith Mullin is an experienced journalist, analyst, consultant and event producer on capital markets and investment banking, who spent decades at Thomson Reuters and Thomson Financial in roles including editor-in-chief of the publishing group and editor of International Financing Review.
Websites in our network