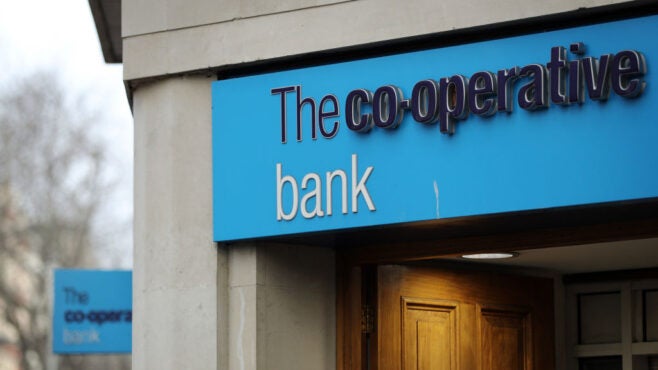 The British lender recognised it is not enough to implement sustainable practices; one also needs to communicate them. (Photo by Dan Kitwood/Getty Images)

The Co-operative Bank, better known as Co-op Bank, is ahead of many of its UK high-street peers when it comes to integrating responsible business practices – not that you would know it from the first ESG risk rating it received from Sustainalytics, in January 2020.

Big retail lenders like Halifax and Lloyds are striving to forge sustainable identities to appeal to an increasingly climate-aware public, and investment banks such as Barclays are working to decarbonise fossil fuel-laden portfolios. NatWest is calculating a carbon budget that should lead to a balance sheet overhaul, but critics say its plans are vague.

Co-op, meanwhile, is building on its origins in the values and ethics of the UK’s co-operative movement – which developed in the north of England following the Industrial Revolution to help improve the lot of workers – to make more of an impact in the field of ESG finance.

Based on Scope 1 and Scope 2 emission measurements, the bank has been carbon-neutral since 2007. With around £26bn in total assets, it is set to unveil an updated ethical policy – the original was launched in 1992 – in the first quarter of this year and plans to offer a wider range of green and social products, such as green mortgages, and finance them in the ESG bond markets. It is also working on a project to make banking more accessible to the homeless and aims to launch a current account for young people with no fixed abode in the first quarter.

And Co-op could already lay claim to certain green credentials: it has sourced 100% of its electricity from renewables since 2015 and achieved zero waste to landfill in 2020.

Yet it initially struggled to navigate the challenges of ESG disclosure, demonstrating that transitioning traditional banking models to a low-carbon economy is not just about implementing changes, but communicating them effectively too.

Second-party opinion provider Sustainalytics gave Co-op an ESG risk score – which measures a company’s exposure to and management of industry-specific material ESG risks – of ‘medium’. That placed it between Barclays and Standard Chartered, financial institutions with a global footprint and very different risk/return profile to Co-op.

“[Sustainalytics initially] put us in the middle to lower end of the UK banking market, and that really surprised me,” says Manchester-based Daniel Chadwick, head of external communications and sustainability. He cited Co-op’s long-time commitment to co-operative values and ethics.

Big, geographically diverse banks with a supranational footprint tend to have ‘medium’ ESG risk exposure (see table below). As a result of their global presence, sophisticated business models and higher profile, such groups face more exposure to both regulators and society and are typically involved in more controversies, says Sustainalytics.

By contrast, regional banks such as Co-op, whose businesses derive from conventional and retail banking and SME lending, tend to rank lower on the ESG risk scale. Based on this model, Co-op’s score was an outlier.

Sustainalytics’ scoring of Co-op was largely due to the level of information the bank disclosed, says Sarah Cohn, executive director of marketing at the company.

“Like many companies waking up to new market pressures for ESG disclosure, in the first half of 2021 Co-op began to publicly disclose more thorough information on the strength of their ESG programmes and policies,” she adds.

Like many companies waking up to new market pressures for ESG disclosure, Co-op began to disclose more thorough information on the strength of their ESG programmes and policies. Sarah Cohn, Sustainalytics

That enabled Sustainalytics’ research team to perform a more comprehensive analysis, which in July 2021 led it to cut Co-op’s ESG risk rating to 9.2 and put it in the negligible risk category. That means it is now the UK’s highest ESG-rated high-street bank.

Co-op’s experience is a cautionary tale. Carrying a poor score raises reputational risk and may therefore have a direct impact on investor appetite and thus share price. Sustainalytics’ ESG risk ratings are used by asset managers, pension plans and other investors for making investment decisions.

Co-op Bank is now in the process of developing a universal ESG framework for its business, one that is more understandable to global investors. This includes aligning its commitments to the UN Sustainable Development Goals through its annual sustainability report. This incorporates disclosures based on the Task Force for Climate-related Financial Disclosure requirements, among other things.

Co-op is also working to update its ethical policy based on a poll of 3.3 million customers in 2021, to which it received 50,000 responses.

“We'll be looking at adding more exclusions to ensure we do not provide banking services to any business that might conflict with our customers’ ethics,” Chadwick says. “We’ll also be making further commitments to the things that we do with our charity partners, what we do to proactively support meaningful change and what the bank campaigns for.”

He declined to be more specific about what the changes would entail. 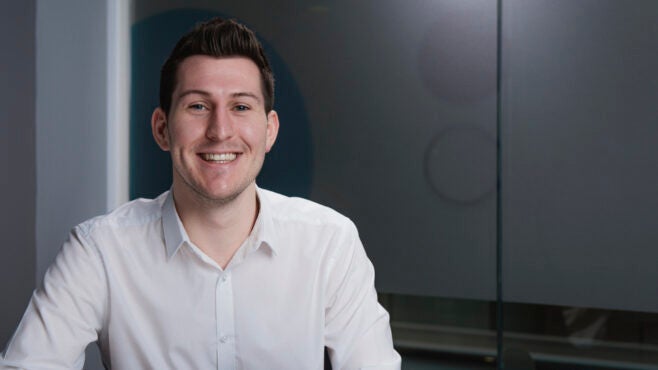 Co-op’s campaigns include working with charities such as Amnesty International and Refuge. It has also invested £1.7m in supporting co-operative businesses since 2016.

The group does not invest in any organisation that is involved in the extraction and production of fossil fuels, has links to oppressive regimes, is involved in payday lending or irresponsible tax practices, or affects animal welfare rights. The screening process starts with the business banking team, with oversight at higher levels of decision-making in the bank where ambiguity exists.

“We won’t let anybody [potential borrowers] through the doors of the bank who are not aligned to our policies,” said Chadwick.

In the first three quarters of last year, Co-op Bank’s total lending was £4.1bn, including £2.2bn in residential mortgages. By contrast, NatWest’s gross new mortgage lending for the same period was £8.3bn.

Co-op has reported against greenhouse gas (GHG) emissions since 1998 and, since 2007, has been carbon-neutral (on a Scope 1 and 2 basis) and been adding offsets to address any previous impact of its business activities. Understanding Scope 3 emissions – those generated by its suppliers and customers – is on the agenda too.

“That doesn't make us net zero, however, and we're absolutely committed to reaching that target,” says Chadwick. “So, in 2022 we’re looking into better understanding the full impact of our indirect [Scope 3] emissions at the bank.”

Once the analysis of indirect emissions is completed, “we’ll announce our target day and roadmap for net zero”, he says, adding that he thinks that date will come before 2030. His comments come amid widespread scepticism over banks' net-zero pledges.

On a broader note, Co-op in 2020 exceeded its target of having 40% of senior positions held by women and is now aiming for 45% by the end of 2023. And from 2022 part of its executive pay will be linked to achieving ESG targets, as is the case for around a quarter of the 100 biggest banks globally, according to exclusive Capital Monitor research.

Co-op's metrics for these include screening all business customers and suppliers to ensure it does not service any organisation that conflicts with its ethical policy, achieving net zero, reducing GHG emissions overall and understanding the impact of its Scope 3 emissions.

Co-op already has some basic retail products, whereby customers earn rewards that can be donated to one of five designated charities. There are also payments to the Centrepoint charity linked to its mortgage lending. This year it is also considering making a move into offering green mortgages and developing other green and socially focused products.

The bank is also considering extending home improvement loans alongside green mortgages at preferential rates subject to certain commitments. They will form part of a portfolio of ESG products that also includes a renewable finance forum, representing a pot of money set aside for loans to small and medium-sized enterprises (SMEs) with sustainability goals. Co-op also plans to launch an ESG bond and is developing an issuance framework to that end.

The company is unlikely to be shy about alerting rating agencies and investors to such developments, in addition to prospective customers.