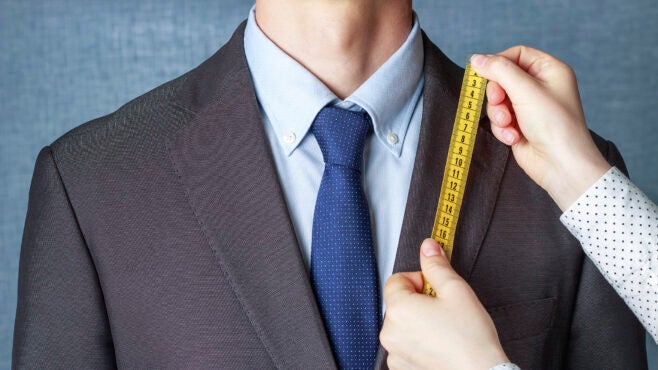 Does the EBA have the ESG measure of Europe’s top banks? (Photo by Tatiana via iStock)

European banks are facing the world’s strictest rules on ESG reporting. By 2024, regulators plan to replace the patchy and inconsistent data reported by the sector with a rigorous set of new metrics for assessing the sector’s sustainability performance.

The new rules will mean groups headquartered within the European Union, including  Iceland, Liechtenstein and Norway, will have to report on how aligned their financing is to the EU Taxonomy, which sets out what activities are officially considered ‘sustainable’. The extent of alignment will be expressed by two metrics: the Green Asset Ratio (GAR) and the Banking Book Taxonomy Alignment Ratio (BTAR).

Lenders will also have to report their exposure to climate change risks and how they are mitigating them, as well as their level of financed greenhouse gas emissions and their alignment with 2050 net-zero goals.

More detailed disclosure, alongside the results of ongoing climate stress tests, will give regulators and policymakers a clearer picture of where the banks are allocating capital and highlight potential stress points and the emergence of stranded assets. This information will be used to inform future prudential measures.

Banks acknowledge that the rules have the right intention: to support better reporting of key ESG information and lead to more sustainable economies. But they say the European Banking Authority (EBA) is moving too quickly, warning that reliance on proxies and estimations will undermine the accuracy of the disclosures.

The sector has also raised concerns about the limited scope of the GAR’s coverage, both in terms of jurisdiction and assets; the binary nature of the EU Taxonomy and its inability to capture transition finance; and a lack of available data, as reported by Capital Monitor in August.

Published on 24 January, the EBA’s final draft of its Implementing Technical Standards (ITS) on Pillar 3 disclosures – those related to ESG risks – includes updates that could help alleviate some of these concerns, while fuelling others. We take a look at the proposals here.

The BTAR is a new addition to the final draft and is a metric that is proving controversial because it is expected to be largely based on assumptions and incomplete data.

Banks are now being asked to provide information on the portion of their banking books that are aligned to the EU Taxonomy – including their exposure to small and medium-sized enterprises (SMEs) and other non-Non-Financial Reporting Directive (NFRD) corporates, such as those based outside the EU.

We are quite uncomfortable with the use of proxies [for BTAR disclosures], as it removes a lot of the information value. Paris-based regulatory specialist at a European bank

The EBA has proposed the BTAR because it is concerned that the taxonomy disclosure rules might, by asking banks to disclose the GAR based on exposures to NFRD corporates, incentivise banks to grant loans only to companies obliged to report such information, says Maureen Schuller, head of financials research at Dutch bank ING. That could in turn make lending to non-NFRD companies, including for transition purposes, potentially more difficult, she adds.

Used alongside the GAR, the BTAR will help show how much of a bank’s broader lending book is aligned to the objectives of climate change mitigation and adaptation, based on the EU Taxonomy. It may be used to provide a clearer indicator of the green lending activities of multinational banks. This is because the GAR is based on the proportion of a bank’s lending to European corporates that is covered by the NFRD. Hence European banks that lend largely to European corporates would tend to be rewarded with a higher GAR.

But because these corporates are not covered by the NFRD, they have no obligation to report against the EU Taxonomy. Bankers question the metric because, they say, where there are data gaps it will rely on proxies and estimations.

Concerns about the inaccuracy of BTAR data are overblown, largely because most bank exposure to big polluters is in the form of loans to big corporates. Sam Theodore, Scope

“We are quite uncomfortable with the use of proxies, as it removes a lot of the information value,” says a Paris-based regulatory specialist at a European bank.

She points out that the EU’s new Corporate Sustainability Reporting Directive (CSRD) explicitly excludes from the GAR non-EU companies as well as non-listed SMEs, “for which it would be excessively burdensome”.

However, the EBA’s ITS requires banks to include non-EU and SME clients in the scope, and the only way to do that is to use proxies, she says. “It is unrealistic to include them.”

A representative from an industry body who asked not to be named supports this view. “BTAR is a good long-term initiative, but the use of estimates makes it not particularly meaningful in the short term – it is not comparable between banks, and that is our main concern.”

However, ING’s Schuller says the regulatory direction of travel is clear: Pillar 3 is not going away. “Every bank will try to comply with these disclosure rules [as] best they can and take the best data available, and disclose which assumptions have been made,” she says. “There is no other way to go about it.”

Sam Theodore, an independent banking analyst and adviser to Scope, a European rating agency, makes a similar point. Concerns about the inaccuracy of BTAR data are overblown, largely because most bank exposure to big polluters is in the form of loans to big corporates, he says (see chart below). “If you can cover 75% to 80% of [that exposure] with some accuracy, what SMEs don’t disclose is not that relevant.”

Ultimately, the EBA says the information should be obtained on a ‘best-effort basis’ without creating disclosure obligations.

In any case, banks must publish their exposure to the world’s 20 most carbon-intensive companies under the new ITS requirements but not in a line-by-line breakdown, as some feared. The EBA says the list must be based on data from the Carbon Majors Database of the Carbon Disclosure Project (CDP) or Thomson Reuters.

GAR put off for a year

Banks have been given an extra year to report their GAR; they must now do so from the end of December 2023, with BTAR disclosure to come in from the end of June 2024. Industry bodies welcome the delay, but some argue that the EBA's rules’ timeline still needs ironing out.

“The revised time frame is a step in the right direction and linked to our earlier recommendations for a building block approach to a high-data-quality Pillar 3 framework,” the Association for Financial Markets in Europe said in a statement on 24 January.

But the trade body is still concerned that the EBA is moving too far ahead of the Basel Committee on Banking Supervision, the regulatory standard setter, and the broader regulatory landscape for ESG reporting for banks.

Similarly, the regulatory specialist says: “We need better alignment of the implementation calendar – the sequencing of Pillar 3 compared to all corporate sustainability reporting CSRD requirements and to the Sustainable Finance Disclosure Regulation [which lays out disclosure obligations for financial institutions].” 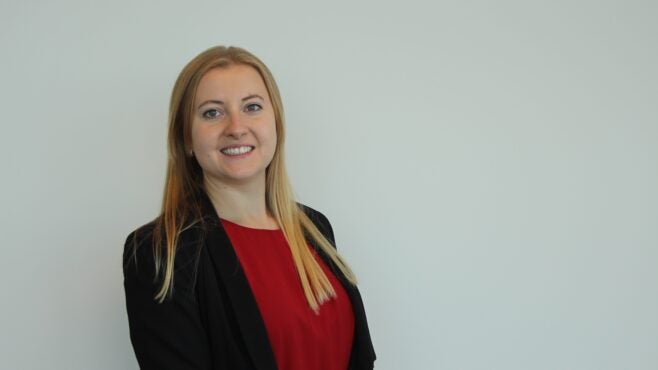 Tonia Plakhotniuk of NatWest Markets says the new rules might accelerate the development of ESG risk reporting at a global level. (Photo courtesy of NatWest)

One of the key issues is that the CSRD – which will turn disclosures that are voluntary under the NFRD into mandatory ones and is based around the new EU Taxonomy – is still being discussed at European Council and European Parliament level. Implementation dates for the CSRD also continue to be discussed and are expected to come in 2024/25, the Paris-based regulatory specialist says.

The fact that Europe is leading in ESG regulation should actually be a competitive advantage for its banking sector, particularly compared to the US, which does not require the same level of disclosure, says Scope’s Theodore.

It arguably means Europe can set the pace, for example. The new rules might accelerate the development of ESG risk reporting at a global level, both from a regulatory perspective and in the corporate sector, says Tonia Plakhotniuk, vice president of climate and ESG capital markets at British investment bank NatWest Markets. “This could help incentivise banks and [corporates] to accelerate and set meaningful targets towards transition.”

The EBA says it has “for the moment” dropped the requirement for the GAR to cover a bank’s trading activities, but plans to address this area of reporting at a later stage. Bankers argue that such figures would be nigh on impossible to calculate and would take a huge amount of additional work.

The European Commission’s controversial move in early February to include natural gas and nuclear assets in the taxonomy has sparked strong reactions. Member states Austria and Luxembourg are threatening legal action, and fund houses such as NN Investment Partners have reiterated their view that gas and nuclear should not be part of its green portfolios.

The EU Taxonomy provides the core definition of what banks will count as sustainable and is central to both the GAR and BTAR. One of the concerns about the GAR is that it will discourage banks from lending to hard-to-abate or transition sectors as they look to improve their scores.

One thing banks are working on – and starting to discuss with policymakers – is the concept of a ‘greening’ or ‘transition’ asset ratio, in addition to the GAR, says the regulatory specialist. “At the end of the day, the right incentive for the financial sector is not to finance what is already green, but to finance the transition, because this is where we can really reduce the emissions.”

The EBA says it recognises the data and methodological challenges that banks face and will, at a later stage, extend the ITS to broaden the scope of quantitative reporting in relation to ESG risks.