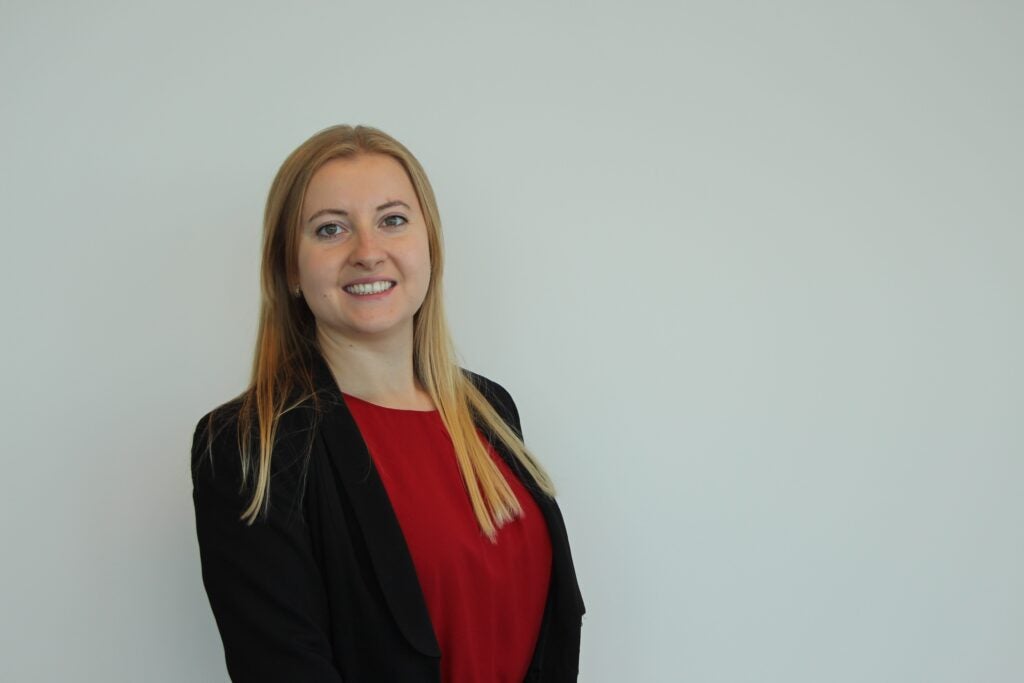 Tonia Plakhotniuk raises concerns about how effective the new reporting rule will be as a driver of capital allocation. (Photo courtesy of Afme)

By the end of 2022, European banks will be required to disclose what proportion of the assets in their banking book are aligned to the EU Taxonomy – known as the Green Asset Ratio. In theory, this should provide investors and regulators with a single metric to determine how green a bank’s balance sheet is, and replace the patchy disclosure that many financial institutions use to claim their green finance credentials.

A useful metric to help investors make peer-to-peer comparisons and better direct their capital to green finance outperformers, the Green Asset Ratio will also help policymakers better understand where the capital shortfalls are and feed into policy directives, which could see banks facing greater pressure from governments to lend to certain sectors.

However, questions have been raised about the usefulness of the metric and whether it has the teeth needed to drive change at the banks. These stem from the limited scope of the Green Asset Ratio’s coverage, both in terms of jurisdiction and assets; concerns about the binary nature of the EU Taxonomy and its inability to capture transition finance; and a lack of available data.

The European Banking Authority issued a report on 21 May estimating an average Green Asset Ratio of 7.9% in a sample of 29 banks from ten EU states aligned to the EU Taxonomy.

The initial scope covers loans and advances, debt securities and equity instruments, but not trading instruments or derivatives (see graph below). It also applies only to corporate exposure, not sovereign or financial instruments such as derivatives.

How will the Green Asset Ratio affect investment?

Used as part of a broader set of tools to assess the banks, investors say the Green Asset Ratio will, over time, become a useful metric to determine which institutions are likely to be outperformers or laggards in the green finance arena.

Douglas Farquhar, a senior client portfolio manager at NN Investment Partners (NNIP), says the ratio will be useful in the context of greater disclosure. The Dutch fund house is excluding more issuers than ever before – up to 23% from 18% at the start of the year – and takes a particularly hard view of financial green bonds.

“[ESG] is probably the topic we engage the most on [with] banks and it's probably also the reason for most of the exclusions that we make when it comes to bank green bonds,” he says. “The biggest reason why we exclude financial green bonds is because the banks themselves do not have effective policies for phasing out lending to non-green assets.”

Being able to understand which of the banks are leading in terms of allocating capital towards renewable energy, biodiversity and other elements of ESG, will be helpful, a sell-side analyst at a European bank agrees.

As investors get more comfortable with the ratio, and as banks are able to provide a more complete data set, the Green Asset Ratio will begin to feed directly into the share price of banks, says the analyst. While the initial response may be knee-jerk selling from ESG-focused funds, over time he expects banks to push back against unfavourable ratings and provide additional marketing to show investors a different picture of what they are doing.

For his part, Farquhar warns against using the ratio as a single defining metric to determine a bank’s “greenness”. It reflects a narrow view, he says, that doesn’t capture, for example, improvements in the energy performance of properties linked to mortgages, or transition finance.

“The concern is that everyone's looking for one simple metric that you can use to make decisions on, and with Green Asset Ratios it is tempting to do that, but I don't think it will really reflect a bank's ESG profile,” says Farquhar.

“We've got to try and avoid using this as a proxy for everything, but we're still going to be doing additional analysis. It's definitely helpful, but it's not the whole story.”

There are also some structural issues with the ratio itself, which may undermine the comparability of the outcome, depending on the business models of the banks.

A European bank lending mostly to European corporates that fall under the scope of the EU’s new Corporate Sustainability Reporting Directive (CSRD) – which will cover 49,000 companies, comes into play at the end of 2023 and replaces the existing Non-Financial Reporting Directive – will have a very different ratio to a multinational bank with large lending exposure to emerging markets where there is no EU Taxonomy regulation. In the second case, the total assets of the bank will represent a higher portion of companies that are out of scope of the CSRD.

In addition, banks are being asked to report on data that is not due to be disclosed until 2023.

The ultimate test of the Green Asset Ratio’s effectiveness will be whether it drives behavioural change and prompts banks to allocate more capital to economic activities aligned with the EU Taxonomy and to projects aligned with the Paris Agreement and the UN-backed Sustainability Development Goals.

NNIP’s Farquhar is optimistic that it will drive change and become a “key lever to improve practice”, partly by making it easier for senior management to identify activities that are not in line with the broader net-zero strategy.

However, industry concerns about the binary nature of the EU Taxonomy could limit the effectiveness of the metric as a driver of capital allocation, says Plakhotniuk.

While the taxonomy provides a list of activities that are pure green, “we all know that most of the economy isn’t”, she says. “The transition effort would need to be recognised somehow.”

The European Commission and European Platform on Sustainable Finance is looking at how the current taxonomy framework could reflect transition activities. But for the time being the Green Asset Ratio will probably only show a small portion of the bank’s efforts to finance transition.

While the new ratio may drive changes in capital allocation to some extent, there is already huge competition to “grab green assets and structure green deals”, says Dominique Blanc, a responsible investment specialist in the green and sustainable syndicate team at Natixis.

Natixis is advocating for a more all-encompassing measure that will capture the transition effort, and by doing so prove a more effective driver of capital. “The EU Taxonomy [is] still very limited compared to what we would like to do, to what we consider is needed to make global economy transition to something that is less carbon intense,” Blanc adds.

This is a “significant” move for the banking sector, agrees Caitlin McErlane, partner in law firm Baker McKenzie’s financial services and regulatory group in London. But any hope that the Green Asset Ratio in itself will prompt a radical re-allocation of capital away from carbon-intensive industries are misplaced, she argues.

“I don’t think regulators are expecting or anticipating banks to withdraw capital entirely from carbon-intensive industries,” McErlane says. “It leaves some scope for banks to exercise some stewardship where possible and to assist their clients in transitioning, or pressure their clients to transition, but you won’t necessarily see banks withdraw from carbon-intensive industries.”

McErlane also believes the omission of trading assets and derivatives means the ratio is further limited, particularly as asset managers are looking much more closely at things like short-selling strategies, derivatives and synthetic exposures to companies that have a positive climate profile.

ANZ, for example, last week announced it is launching sustainability-linked derivatives, among only a handful of global banks to do so.

One possible adverse effect of the Green Asset Ratio is that banks start to move and store non-green assets in regulatory jurisdictions with more favourable green reporting standards to improve the optics of their ratios, taking advantage of the fact there is no clear global definition of what is and is not 'green'.

“This is one of the challenges with things like the taxonomy,” says Farquhar. “As an investor, it is a good thing, but it is only a good thing if it becomes a harmonised global standard.”

But such a development is unlikely, says McErlane, because other regulators are likely to require additional ESG-related disclosures from banks. “There is another question that the subsidiaries might also be required to disclose under separate local standards,” she says, cautioning that taxonomies are diverging a little between different jurisdictions.

Perhaps the most useful outcome of Green Asset Ratio reporting requirements will be that it will provide governments and policymakers with a more complete picture on what companies and banks are actually doing to transition their business activities.

“We don’t know right now when we look at corporations the level of [capital expenditure] that is being spent on [general] group projects or what is specifically spent on green projects,” says the sell-side analyst. “The same holds true for banks and credit ratios. Let’s see what exactly is going towards green capex.”

In turn, this will allow governments to better understand where subsidies are needed to incentivise more investment in products such as green cement and electric vehicles. R&D spending is low in such areas and such goods are currently more costly to produce than their non-green alternatives.

The analyst calls this the “second wave of transition”. Traditional forms of renewable energy are economically viable, he says, so government subsidies are not necessary. But investment in higher-cost lower-carbon technologies is essential to meet the aims of the Paris Agreement.

“There's going to need to be greater intervention from the government or from the regulators to try to either incentivise renewable energy investment or to disincentivise fossil fuels,” he says. “I think that's what we really want to get to.”

However, Afme warns that government pressure may lead to market distortions if banks are specifically directed to lend to certain sectors.

“[This] would undermine in general how the markets work and there might be unintended consequences of providing finance to certain sectors… there could be distortion of markets that may favour certain companies,” says Plakhotniuk. “In general [we] would like to avoid it.”