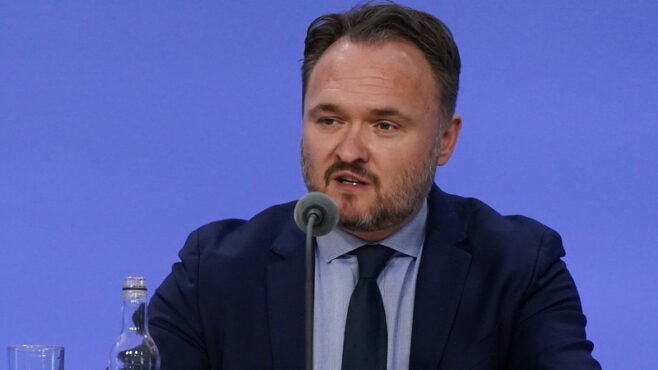 Governments’ Cop26 and other climate commitments are effectively being tailored to suit fossil fuel companies due to the Energy Charter Treaty, an investment pact that should be abolished, argue non-governmental organisations (NGOs) and academics.

Under the 30-year-old agreement, companies and their shareholders can sue foreign governments if they feel they have not been treated fairly in policy decisions relating to fossil fuel assets. Often out-of-court and opaque, such proceedings – known as investor-state dispute settlements (ISDSs) – can result in millions of dollars of damages being awarded.

The Energy Charter Treaty (ECT) protects some €345bn ($396bn) worth of fossil fuel infrastructure in the EU (see chart below). Most of the 145 cases to date have ruled in favour of investors, and around 80% have been brought in the past ten years. More are expected as climate scientists stress the need for rapid policy action to phase out fossil fuels.

Some governments are heeding those calls to action despite the threat of lawsuits – but the treaty is influencing how they do so. The climate ministers of Denmark and New Zealand have admitted to Capital Monitor that the threat of investor-state lawsuits has prevented their governments from being more ambitious in their climate policies. 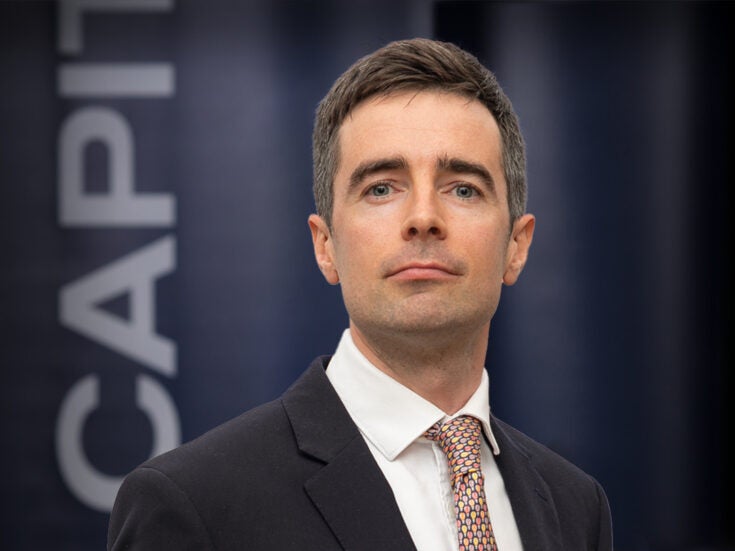 How investors should engage with polluting SOEs

At last year’s Cop26 climate talks in early November, Denmark – which has Europe’s biggest pool of ECT-protected assets (€15.9bn), after the UK, with €140bn – and Costa Rica jointly launched the Beyond Oil & Gas Alliance (Boga). Boga says its members should, at a minimum, be “implementing the guidance of the International Energy Agency to cease development of new oil and gas fields”. Its core members are France, Greenland, Ireland, Quebec, Sweden and Wales, with California, New Zealand and Portugal as associate members, and Italy, Finland and Luxembourg joining as ‘friends’ of the alliance.

New Zealand, too, could not join Boga as a full member because by doing so it "would have run afoul of investor-state settlements”, James Shaw, the country's climate change minister, told Capital Monitor on January 19.

New Zealand had banned all new offshore oil exploration in April 2018 but did not cancel any existing contracts, and left the door open to onshore projects. It is not a member of the ECT, but several of its trade agreements include ISDS provisions.

Joining Boga as a full member would have broached an understanding on which companies had invested, Shaw says. "So by saying there’s just not going to be any new exploration we weren’t challenging any existing rights, and while lots of people complained, it wasn’t legally challengeable."

The Danish government has set a 2050 deadline for ceasing exploration projects, which is expected to affect just one fossil fuel licensing agreement. Had it set an earlier target of 2030 or 2040, it would have to pay “incredibly expensive” compensation to the companies that have invested in plants and equipment under fossil fuel deals, on top of revenue the Treasury would have lost, said climate minister Dan Jørgensen.

The intention is clear. A Danish energy ministry spokesman tells Capital Monitor by email: “The ministry is aware of examples of companies suing governments for fossil fuel phase-out laws and seeking compensation under the ECT. This is not something we expect in terms of the decision to phase out North Sea oil and gas production by 2050.”

Denmark’s commitment to only end new licensing rounds “means there will be very little or nothing to sue about”, the chief sustainability officer of a Nordic region oil and gas-focused private equity firm tells Capital Monitor. “It is a regrettable part of the climate issue that countries as well as companies sign up for things that look good on paper but have minimal impact.”

Hence, despite Boga’s good intentions, governments appear to be drafting fossil fuel-related initiatives specifically to avoid being sued under the ECT and agreements like it.

“The whole agreement is drafted in a way to accommodate the [oil and gas] industry, which has ended up with a much more lucrative deal than needed,” says Mads Christensen, executive director of campaign group Greenpeace’s Nordic division. “The potential threat of compensation demands made that possible – it would have been enormously expensive to cut off new oil and gas sooner.” 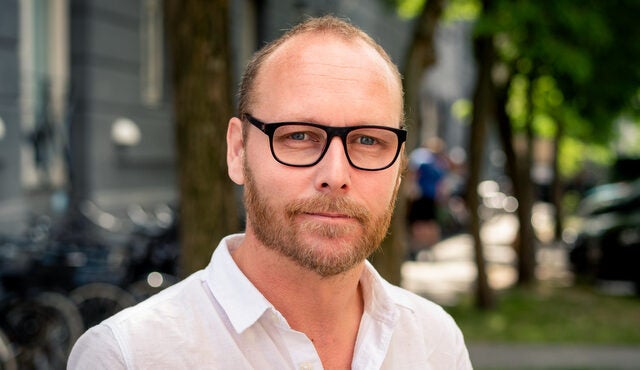 The logical upshot is that countries looking to cease fossil fuel production as soon as possible should exit the ECT – but that would be easier said than done.

“It’s amazing to me that Boga was created without any link at all to the ECT – the first thing all of these countries have to do is withdraw from it,” says Yamina Saheb, lead author with the United Nations’ Intergovernmental Panel on Climate Change and former employee of the ECT. “In practice we cannot phase out any fossil fuel in any ECT country without paying high compensation or withdrawing from the ECT.”

Ultimately, it is of utmost importance that the ECT is “reformed and aligned with the Paris Agreement [on Climate Change] and with the national green aspirations” of signatories, says the Danish government spokesman.

In the meantime, countries may simply have to take ECT-related costs on the chin if they are to proceed with ditching fossil fuel exposure, suggest some experts.

It’s “just good policy sense” for governments to “think about what they’ve said and the expectations they’ve set for investors in the past”, says Suzanne Spears, a London-based partner at law firm Allen & Overy who represents both investors and governments in ECT cases.

“Sometimes governments need to think about internalising the cost of the change of policy,” she adds. “It’s a shame, and the public would be kind of outraged to think we have to pay off investors in order to change course [on energy policy]. That is objectionable. But it doesn’t usually mean that you can’t change policy.”

Sometimes it does, however. It is difficult to identify, let alone quantify, the chilling effect of potential litigation. Governments do not tend to say explicitly that they are drafting policy in a certain way due to corporate pressures – but examples do exist.

One of the clearest came in 2017, when a French energy minister outlined plans to phase out fossil fuel extraction by 2040. Canadian oil and gas giant Vermilion, which produces 75% of the oil that France produces itself (although France imports 99% of its oil), threatened Paris with a billion-dollar suit, leading it to back down. Canada is not party to the ECT but, as Vermilion pointed out, six of its investors were based in ECT member countries.

It should not be possible for a company to challenge a government for a regulation that is so clearly in the public interest. Martin Dietrich Brauch, Columbia Law School

The cost of potential ECT-related lawsuits is one thing, says New Zealand climate minister Shaw. But he is more concerned that any legal wrangling might undermine or reverse government policy and thereby hinder progress on climate action.

“Globally we need to reduce emissions by about half in under 10 years, and we probably need to get to negative emissions much sooner than 2050,” Shaw adds. “That requires pretty radical [policy] action.”

Such concerns may also be overshadowing the UK’s much-trumpeted sustainability push. As the host of Cop26 and the world’s first developed economy to enshrine its net-zero target in law, Britain appears an obvious candidate to join Boga, but is reportedly reluctant to do so. Could that be because it is arguably the country most vulnerable to lawsuits under the ECT, as it has by far the most in assets covered by the treaty?

Capital Monitor understands that the ECT was not a factor for the UK government in considering whether to sign the Boga declaration.

An individual with knowledge of the matter said: "We are engaged in the process of modernising the Energy Charter Treaty to ensure it aligns with our climate objectives and supports members in meeting their commitments under the Paris Agreement – especially in the wake of our historic Cop26 talks."

The question of public interest is a key issue for governments to consider, note some commentators.

“It’s good practice to honour a previous commitment, but at the same time it should not be possible for a company to challenge a government for a regulation that is so clearly in the public interest,” says Martin Dietrich Brauch, senior researcher at Columbia Law School in New York. “We would not say an asbestos company is entitled to compensation for a ban on asbestos when it’s evidently bad for human health. And I do not see a difference between that type of regulation and climate regulation.”

Certainly, some lawyers are recommending engagement on this front. A 2014 client note from Washington, DC-based firm Steptoe says treaties such as the ECT can be used “as a tool to assist lobbying efforts to prevent wrongful regulatory change, or may prove essential in obtaining compensation”. Steptoe is defending the EU in an ECT case brought by Nord Stream, a system of offshore gas pipelines owned by Russia’s Gazprom.

Countries need to assess their exposure to investors and consider whether remaining in the ECT is consistent with their climate promises, says Kierra Box, campaigner at NGO Friends of the Earth. “International, profit-driven supply chains should not be dictating national policy or be an impediment to whether or not the Cop goals are achievable,” she says.

A considerable blow to the ECT came last September when the European Court of Justice ruled that intra-EU cases were in breach of EU law and would not be permitted. EU countries represent half of total ECT membership, giving the bloc considerable leverage. Campaigners and academics hope it uses that leverage to negotiate an exit that also avoids a controversial 20-year sunset clause that keeps countries in even after leaving.

“The worst outcome possible is that climate policy is structured around treaties like the ECT – it’s outdated, and the EU has acknowledged that,” says Dietrich Brauch. “A lot of ECT cases so far have related to coal infrastructure, but oil and gas is so much bigger, and that’s all to come.”

If the EU succeeds in cutting its emissions by 55% by 2030, as planned under the European Green Deal, it will be home to €87bn worth of stranded assets, according to Global Energy Monitor, a US NGO. Without reforming or exiting the ECT, governments may end up footing that bill.