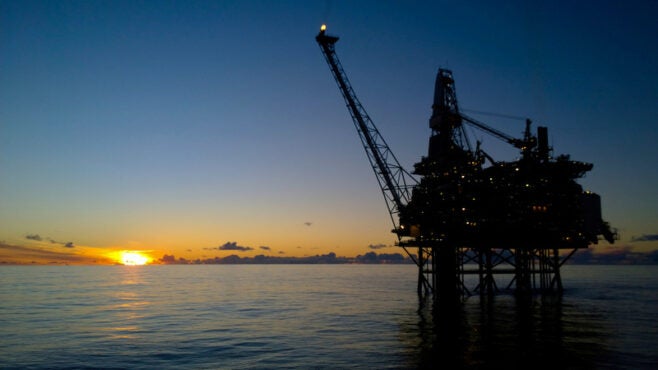 Is the sun setting on oil exploration? (Photo by FreddyTb from iStock)

Royal Dutch Shell’s decision on 2 December to pull out of the Cambo oilfield development in the North Sea highlights some of the tough decisions that investors and financiers face in the wake of last month’s Cop26 climate summit.

A handful of countries set down a similar marker at the event in Glasgow with the launch of an initiative to end the exploration and development of new oil and gas fields. The Beyond Oil & Gas Alliance (Boga), led by Costa Rica and Denmark, is a modest start but it indicates where the conversation around fossil fuels is heading.

Cop26 also brought a renewed ambition to limit global warming to 1.5°C, which would make projects such as Cambo increasingly difficult to justify. At a depth of 1,100m and a location 125km west of Scotland’s Shetland Islands, it would be one of the most challenging projects ever attempted in northern Europe.

The expensive oil it yields might be economic at today’s prices of around $65 a barrel, but the project’s 25-year lifespan would mean investors are effectively expecting around 3°C of global warming, says Andrew Latham, Edinburgh-based analyst at energy consultancy Wood Mackenzie, because that will be the climate pathway if global oil demand were to stay at roughly the same level for the next three decades.

“It’s awkward, but that’s the truth of the matter,” he adds. “Achieving a 1.5°C scenario requires much lower fossil fuel demand. We think we need to bring oil demand from around about 100 million barrels a day today down to 30 million or so by 2050.” 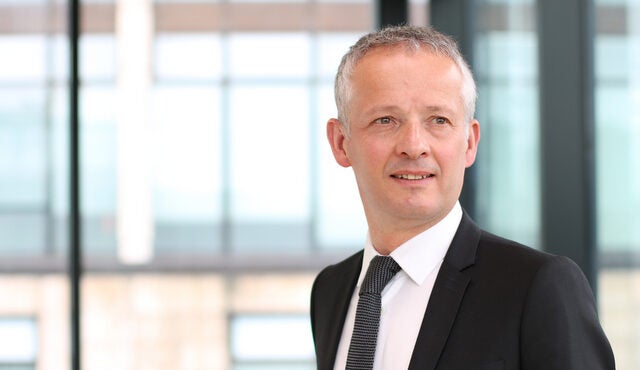 That would imply a significant fall in the price of oil. The International Energy Agency forecasts that a net-zero emissions pathway would lead to oil at $35 a barrel by 2030 and $25 by 2050. That might help explain why Shell – under pressure to cut emissions by 45% from a court order made in the Hague this year – said “the economic case for investment in this project [Cambo] is not strong enough at this time”.

Of course, the oil major’s decision may also have been driven as much – or more – by delays caused by protesters than its outlook on oil prices. Wood Mackenzie’s base case – the scenario it considers most likely – is that the price of a barrel of oil will increase into the 2030s before coming back down to roughly today’s level by 2050.

A call to cease exploration

Urgent action will be needed to avoid that outcome, and the conversation is at least under way via Boga. Core members include France, Greenland, Ireland, Quebec, Sweden and Wales, with California, New Zealand and Portugal as associate members, and Italy joining as a ‘friend’ of the alliance.

None of the members are significant oil and gas producers, but the alliance echoes a similar, coal-focused initiative launched by Canada and the UK at Cop23 in 2017. That also started small but ultimately set the stage for the agreement in Glasgow to “phase down” coal.

“The Powering Past Coal Alliance laid an important foundation, much as Boga could create a foundation and begin to change the narrative around how countries should approach their remaining production space for oil and gas,” says Michael Lazarus, US centre director for the Stockholm Environment Institute, a non-profit research and policy organisation.

Governments’ plans for fossil fuel production during the next decade are more than double the level needed to limit warming to 1.5°C. The Production Gap Report 2021 by the Stockholm Environment Institute

Most countries are still falling well short of aligning policy with their climate goals. Lazarus co-authored an annual report on the so-called ‘production gap’, which finds that governments’ plans for fossil fuel production during the next decade are more than double the level needed to limit warming to 1.5°C.

In the US, the world’s biggest producer of both oil and gas, President Joe Biden has announced a goal to achieve net-zero emissions by 2050 and plans to cut greenhouse gas emissions in half by 2030, though he has provided few specific details.

Some 140 countries, covering 90% of global emissions, have announced net-zero plans. Such targets are fundamental to achieving Paris Agreement-aligned emissions reductions, but they have attracted scepticism because of their lack of accountablity. They need to be transparent and incorporate legally binding targets and a review process, as well as having a broad scope that includes all emissions, according to Climate Action Tracker, an independent scientific analysis that compares government actions to commitments under the Paris Agreement.

It deems that, among G20 nations, only the EU, UK, Chile and Costa Rica have “acceptable” net-zero targets, while those of most countries are too vague to even warrant a rating.

UK ahead of the curve

The UK is the only major oil and gas producer to have seriously addressed the future of its production. Ahead of hosting Cop26, it became the first country to fully exclude fossil fuels from export credit support. Moreover, other European countries, such as France and Sweden, have tightened restrictions on financing upstream oil and gas through export credit agencies (ECAs).

Some lawyers have even claimed that the Paris Agreement, as customary international law, prohibits the financing of new fossil fuel projects through ECAs.

While it still supports exploration, the UK’s Oil and Gas Authority is planning to introduce a new climate compatibility test on future oil and gas licensing rounds to ensure they are “aligned with wider climate objectives, including net-zero emissions by 2050”, says Alok Sharma, UK government minister and Cop26 president .

And as policy shifts, investors are increasingly considering the effect of climate transition risks on their portfolios. In a recent analysis of environmental, social and governance risks, S&P Global Ratings said climate policies could affect the credit ratings of companies heavily invested in sectors with significant greenhouse gas emissions, such as oil and gas.

Meanwhile, policies on carbon pricing, taxes and subsidies could affect margins across a wide range of industries. State Street and S&P Global Trucost say that major global companies could face up to $283bn in carbon pricing costs, affecting 13% of their earnings, by 2025 if governments agreed to a Paris-aligned carbon price.

Banks are being heavily criticised for their role in continuing to finance fossil fuels and appear to be already falling short on their net-zero emissions pledges. It is a similar situation among corporates, with even many European companies seen as paying mere lip service to emission-cutting pledges.

But some investors, in Europe at least, have seen the writing on the wall and have successfully pressured energy companies to move out ahead of policy and plan for decarbonising their businesses.

For example, French energy company Total outlined its commitment to achieving net-zero emissions by 2050 in a joint communication with institutional investors in May last year after sustained engagement through the Climate Action 100+ initiative.

European oil majors, such as Eni, Repsol and Shell, all have transition plans that are at least aligned with nationally determined contributions (NDCs) under the Paris Agreement, according to the Grantham Research Institute on Climate Change and the Environment. Meanwhile, BP was one of the first globally to announce a net-zero emissions target.

Certainly, while many asset owners and managers have faced calls to divest from oil and gas companies, most prefer to focus on engagement.

The Wellcome Trust, a British charitable foundation with £29bn ($38.3bn) of assets under management, has come under pressure to back its climate and health priorities by withdrawing from fossil fuel assets. But it remains committed to maintaining dialogue with companies that are receptive to change. 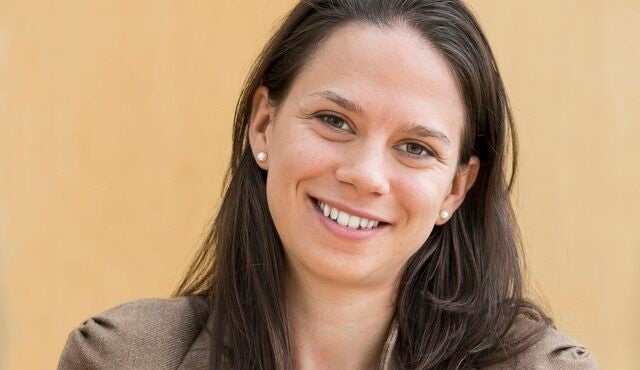 Elaina Elzinga of the Wellcome Trust says engagement is critical to encouraging companies to get on to a science-based net-zero pathway. (Photo courtesy of Wellcome Library)

“Engagement is critical to encouraging companies to get on to a science-based net-zero pathway,” says Elaina Elzinga, a principal in the foundation's investments team. “Identifying and driving down climate risks across our portfolio is an essential part of helping us play our role in reaching net zero. But it’s also the right thing to do to safeguard the sustainability of our returns and our ability to fund our work on health for decades to come.”

The chief executive of Danish pension fund PensionDanmark, Torben Möger Pedersen, for instance, goes so far as to say divestment is “greenwashing” – as does Larry Fink, CEO of fund giant BlackRock. They argue that offloading assets simply means they will be bought by others with no desire to effect positive change.

However, the effectiveness of engagement rests on investors being willing to divest when necessary. Wellcome recently decided it would no longer allocate to oil and gas-focused private equity funds, where the typical investment horizon is too short to focus on decarbonisation.

Investor-led projects such as the Task Force on Climate-related Financial Disclosures are also helping to set standards.

But Lazarus has his doubts about how much private finance can achieve on its own. “Disclosure and asset management strategies are a bit nebulous,” he says. “We ultimately need government solutions on this.”

Most investors tend to agree. “We think about ESG in the round, and we expect companies to be responsible corporate citizens,” says Elzinga. “However, this is not just an issue for companies. Governments also need to step up and build in the right incentives to act.”

Many see setting a global carbon price as the ideal way to provide such an incentive, and an agreement on market mechanisms made at Cop26 is a first step to making it easier to trade emissions internationally. But Lazarus is sceptical about putting a price on carbon because the politics of it are simply too challenging.

Rather, setting clear standards and investing in clean energy are the kinds of achievable goals that could make a difference without incurring too much opposition.

An experienced journalist and editor who has been reporting on financial markets since 1996. He has broad knowledge of financial products, including capital raising, M&A and private equity, derivatives and structured finance, FX, commodities, infrastructure and projects, electronic trading, asset management, private banking, insurance and legal services.
Websites in our network