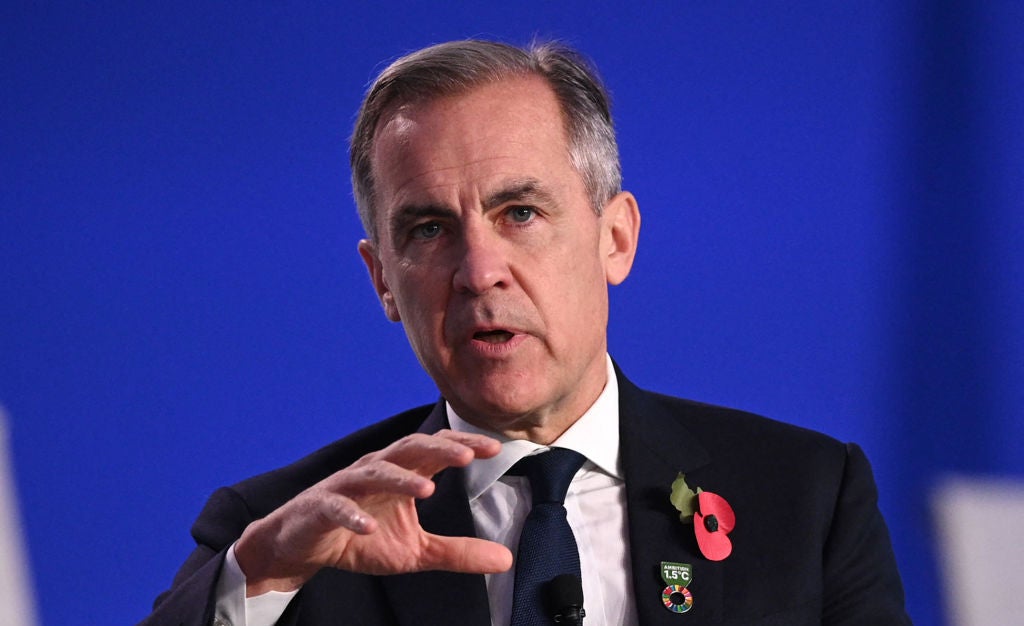 Environmental hypocrisy and contradiction were as rife at the Cop26 climate summit as they are everywhere else. The hundreds of jets passing through Glasgow International; the thousands of discarded, blue, plastic cups; the sharp-suited financiers side-stepping oil-drenched activists. That’s before we even touch on the claims of net-zero alignment made by banks and other companies.

It is easy to see why teenage activist Greta Thunberg has dismissed the talks as “blah, blah, blah”. The proliferation of promises to consign coal to history, end deforestation and mobilise trillions of dollars in climate finance will ring very hollow if the end result is 2.4°C of global warming, as Climate Action Tracker forecast this week.

But for the financial sector veterans of these gatherings, Glasgow will be remembered as an event where private funding came to the fore. Historically, the Cop summit’s Finance Day – which this year took place on 3 November – has been the domain of public sector deals and bilateral agreements. This time, however, it was preceded by an announcement that $130trn of private capital has been committed to transitioning the world to net-zero emissions under the Mark Carney-led Glasgow Financial Alliance for Net Zero (GFanz).

Critics argue that this figure is fanciful because it includes double counting (of both fund managers’ assets and those of their clients, for instance), is aligned only by non-binding commitments, and has not yet been put to work.

In addition, companies in the Net Zero Asset Managers initiative have committed just 35% of their portfolios to investments aligned with net-zero goals, says ShareAction, a charity that promotes responsible investment. Pledges have also been made by institutions whose policies fall well short of the International Energy Agency’s recommendations for tackling climate change.

There are also apparent instances of banks, such as Barclays and BNY Mellon, breaching their own climate-related lending policies. And more such episodes may be coming. A Commonwealth Bank of Australia shareholder was this week granted access to confidential documents to check whether the group’s lending to oil and gas has contradicted its own climate policy, reported Reuters.

Adding fuel to the fire was the revelation on 8 November that member firms of the Net-Zero Banking Alliance (NZBA) lobbied the alliance to water down its commitment by delaying its deadline for interim targets. They were reportedly led by HSBC.

Start of the net-zero journey

All this being said, the banking sector is at the start of its climate transition journey. Many banks have now made net-zero commitments, but for most the hard work has just begun. Ahead of them lies line-by-line analysis of loan books, painstaking integration of new and constantly evolving data and disclosure requirements, and tough decisions on which clients they can no longer support.

Despite all the scepticism, GFanz and what it represents marks a step change in the sector’s collective action towards climate change for senior bankers at Cop26.

The NZBA, sitting under the umbrella of GFanz, was launched in April with 43 founder members. Only in October did some of the world’s largest banks come on board, such as JP Morgan, Mizuho and Sumitomo Mitsui. It now represents around 40%, or $66trn, of all bank assets globally.

“It can’t be understood just how critical it is that we now have the financial banking alliance in position; it’s the opportunity for the banking sector to work together,” Elsa Palanza, global head of sustainability and citizenship at Barclays, said at a Cop26 side event.

Discussions have to be held [about] what we finance, what we do not finance, how we work with clients, what are we stopping. Gerald Podobnik, Deutsche Bank

The British bank, one of the founding members of the NZBA in April, has committed to achieving net zero by 2050 and has been praised for including capital markets as well as lending within its targets for financed emissions. It has also, however, been the subject of a concerted campaign by climate activists arguing that it is one of the leading European backers of fossil fuels.

Asset managers and asset owners have been focused on net-zero efforts for some time, Palanza said. “It was time for the banking industry to step up and for the financial industry to move in concert.”

Part of the reason for this delay is the complexity of aligning a global banking portfolio with net zero, as well as the proliferation of different alliances and commitments.

Meanwhile, Deutsche Bank thought hard about which net-zero initiative to join partly because of the number of options, but also because of the hard work such a commitment entails, says Gerald Podobnik, chief financial officer of the group’s corporate bank division. But GFanz is “the most important one”, he tells Capital Monitor.

“Hard work still to be done”

The German lender, another founding signatory of the NZBA, has committed to publishing the carbon footprint of its €440bn ($504bn) loan book, including Scope 3 emissions, by the end of next year. “The hard work still has to be done,” Podobnik adds. “Discussions have to be held [about] what we finance, what we do not finance, how we work with clients, what are we stopping – and that is something that takes time.”

It is unrealistic to expect that GFanz could “solve all of this” within a year, he says. “But the progress we have seen is definitely promising.”

Even ING, widely viewed as a leader on climate finance and emissions reduction, did not join the NZBA until August. Andrew Bester, head of wholesale banking, says the Dutch bank wanted to be sure it could deliver on the commitment on its €600bn balance sheet before signing up. 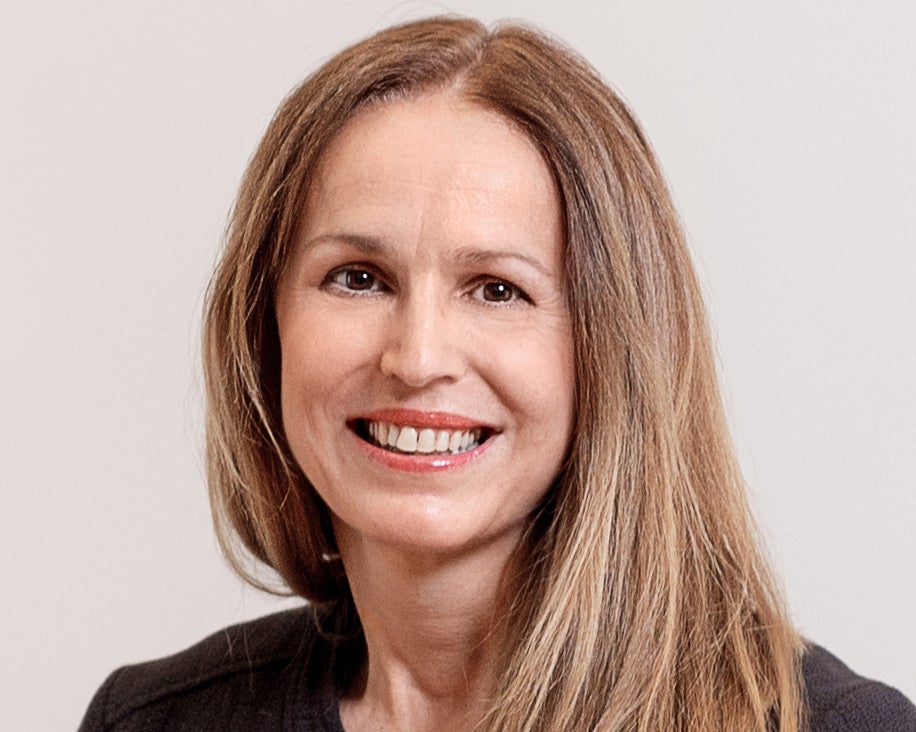 With the help of Terra, ING’s tool for assessing its portfolio’s alignment with the Paris Agreement, the group already reports on the alignment with global climate goals of the nine most carbon-intensive sectors in its lending portfolio, including 70% of its mortgage book. It has set pathways for those sectors and is leading a working group to establish one for steelmaking by 2050.

Bester sees the alliance as essential for determining consistent standards by sector that will allow banks to work in concert and compete for business in green and transition finance. “This is why the NZBA is important, because it brings us together to tackle things as an industry,” he says. “I’m an optimist: by convening everyone, things start to happen… This conversation was not happening in Paris [at Cop21 in 2015].”

The banking sector “has to go faster”, agrees Constance Chalchat, head of company engagement and chief sustainability officer for global markets at BNP Paribas, acknowledging the criticisms of NGOs.

But she also sees the NZBA having a positive impact: it makes possible the collective global action that is essential for stamping out “systematic greenwashing”.

In regions where sustainable finance is less developed, such as the US, there is more opportunity for greenwashing, Chalchat says. Europe and the UK, for instance, are further ahead in regulating against misleading claims about the sustainability or greenness of products or services, via taxonomies and disclosure requirements such as the Green Asset Ratio.

By working together across regions, banks can bring greater rigour to sustainable finance, Chalchat adds, such as by standardising key performance indicators (KPIs) for sustainability-linked loans and bonds (SLLs and SLBs), instruments she sees as essential for meeting the Paris Agreement goals.

After all, even as issuance of sustainability-linked debt – which incorporates ESG-related incentives – is growing fast, investors are becoming wary of the greenwashing risks baked into the structure. These might include weak or sector-irrelevant KPIs, or activities that would taken place regardless of the KPI targets.

While bankers appear optimistic about the NZBA and what it can achieve, they will also be increasingly alert to the potential consequences of making promises on which they do not deliver.