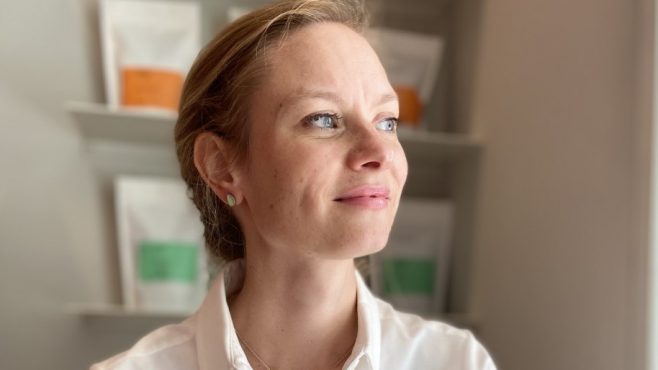 Maria van der Heide of ShareAction wants the EU to review stewardship legislation for asset managers and owners before 2023. (Photo courtesy of ShareAction)

The European Union’s ‘renewed sustainable finance strategy’ – a draft of which was leaked last week – could be the bloc’s most ambitious package of reforms in this area yet, say industry participants. That’s if they all materialise – which is a big if.

The document, due for publication tomorrow (6 July), contains dozens of mooted policy actions targeting greenwashing. They include a review of the Sustainable Finance Disclosure Regulation (SFDR), new product labels and a social taxonomy to go with the green finance taxonomy.

But it is also littered with caveats. While this is common for a strategy paper in this vein, say policy specialists, it does leave the door open for considerable flexibility – or flip-flopping. Sustainable finance remains a fiendishly difficult area to regulate in light of the huge level of subjectivity and potential metrics involved.

The European Commission (EC) says it has made considerable progress towards its sustainable finance objectives – most notably the taxonomy and disclosure regimes for both financial market participants and real economy corporates – but lists certain policy gaps it has still to address. They are: financing the path to sustainability, inclusiveness, global collaboration and double materiality. The latter refers to the impact of both environmental and social factors on a company and of a company’s impact on the environment and society.

The paper also includes plans to review the SFDR, which has been confusing fund managers since it took effect in March. But it is a key area, especially given the recent stellar rise of ESG funds (see chart below).

“The document is a lot more ambitious than we were expecting,” the head of European policy for a major European investment firm tells Capital Monitor. “One concern is that the commission wants to re-open Pandora’s box on issues we viewed as settled, such as the SFDR, which we’ve already spent considerable time implementing.”

The strategy builds on the 2018 action plan on financing sustainable growth and is the latest piece of the European Green Deal. Still to come, on 14 July, is the Fit for 55 package, which focuses on energy and climate laws.

Moreover, the issue of greenwashing is discussed throughout – although the paper raises more questions than it answers on the topic. A lack of concrete detail makes the level of ambition hard to measure, says a continental Europe-based trade association executive, who preferred to remain anonymous.

“The document suggests that the commission is uncertain about how much it can actually achieve,” he says. “This seems to be a low-hanging-fruit strategy, where the report confirms what we already know, with many of the trickier actions outsourced to others.”

For example, the paper does not address sustainable corporate governance, contrary to speculation that it would. A separate proposal is slated for later this year.

The commission wants to re-open Pandora’s box on issues we viewed as settled, such as the SFDR. The head of European policy at a European investment firm

Meanwhile, one statement on greenwashing has fuelled existing concerns over potential market fragmentation. The EC says it will allow national financial regulators to “make full use of their current legal mandates” to address the issue.

While this makes sense on the surface, it could spell trouble for cross-border capital flows. As previously reported by Capital Monitor, policy gaps at EU level have already prompted some national watchdogs to step in and provide their own guidance. One European regulator said at the time that this would mean fund managers reporting in slightly different ways, considerably raising the risk of single market fragmentation.

The trade association executive makes a similar point: “If the commission says national regulators can go forth and destroy greenwashing however they see fit, and those regulators don’t coordinate with each other, we could end up with the worst of both worlds.”

There is also less detail on the sustainable finance taxonomy than many expected, despite the paper making numerous references to it.

“The taxonomy has clearly sucked up a huge amount of resources and has been quite a torturous process with so much back-channel lobbying,” says the asset management policy head. “It’s still not clear where it will all end up.”

A lack of concrete detail makes the level of ambition [of the new strategy] hard to measure. An executive at a European trade association

Given the EC’s legislative schedule, it may be the end of 2021 before more detail is available.

The strategy paper does, however, confirm plans for further research into a social taxonomy and into a separate act covering agriculture and nuclear energy. The EC will also produce a report on economic activities that significantly harm the environment. That could lead to the development of a brown taxonomy.

There were also other concrete proposals, some of which were welcomed by industry participants.

Moves planned to take place under the strategy up to the end of 2022 are likely to happen, say policy specialists. But anything beyond that is less certain as European elections are looming in spring 2024. Hence proposals with a good chance of materialising include those on sustainable corporate governance, a social taxonomy, the SFDR review, and ESG research and rating oversight.

One of the less certain parts of the EC's plan is a proposal – mooted to happen by 2023 – on the integration of sustainability, or a green supporting factor, into capital requirements for insurance firms and banks. This is another issue that’s often politicised.

If every measure in the report were implemented, experts agree that the renewed strategy would represent the EC’s most ambitious sustainable finance policy package so far. But there are no guarantees, and it’s clear that some proposals will be more contentious than others.