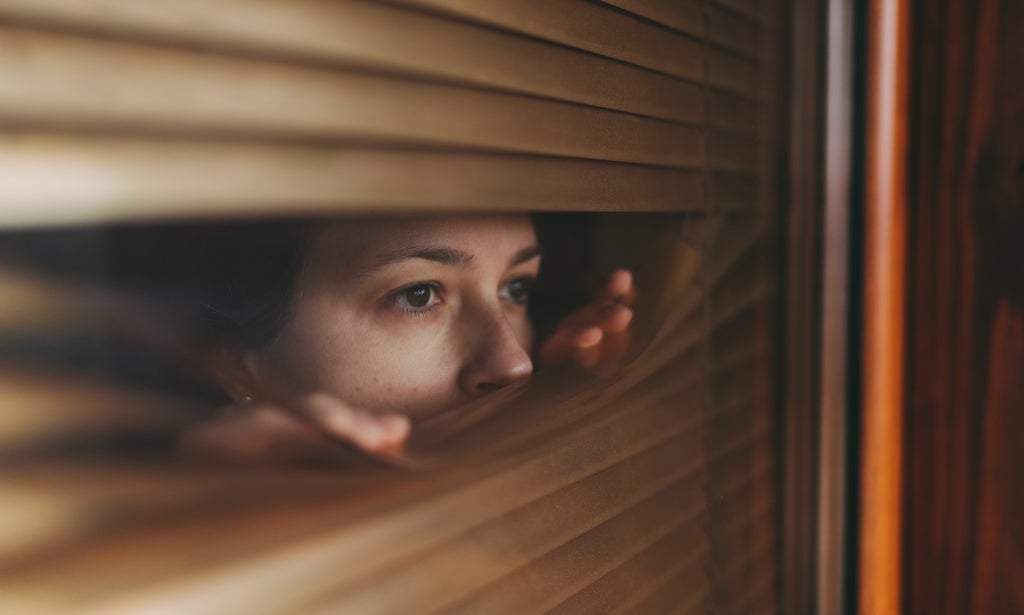 The Task Force on Climate-related Financial Disclosures (TCFD) is on a roll. In its latest status report the organisation – set up by the Financial Stability Board in 2015 to develop a set of voluntary climate-related financial risk disclosures – broadcast several encouraging pieces of news.

The TCFD has seen a 70% rise in the number of supporters of its framework to around 2,600 – of which some 1,000 are financial firms – since last year. It has also reported a rise in reporting across its entire list of 11 recommended disclosures from 23% to 32%. The TCFD has also been endorsed this year by the G7 and G20.

Yet despite the improved level of transparency, reporting remains particularly poor for climate scenario analysis (see chart below). The TCFD has nonetheless decided not to issue standard scenarios or recommend the use and disclosure of forward-looking metrics, such as ‘implied temperature rise’.

It has, however, commissioned the Portfolio Alignment Team (PAT) – a collaboration between nine financial institutions, including Goldman Sachs and HSBC – to write a report on this issue. PAT, which aims to bring convergence and transparency to measuring portfolio alignment with the Paris Agreement goals, published the paper on 14 October.

The TCFD has also asked the World Business Council for Sustainable Development to look at how climate scenarios can be adapted to make them business-appropriate.

The task force's decision to drop standard scenarios and forward-looking metrics followed opposition to proposals made in a July consultation. Critics included influential organisations such as the Transition Pathway Initiative, the Institute of International Finance and the Securities Industry and Financial Markets Association.

Mara Childress, a member of the TCFD secretariat, said market participants had cited challenges including data and methodology concerns and resource constraints. After all, financial firms face the added challenge of reporting on their investment or lending portfolios as well as their own business operations.

Reluctance to do so could be down to the fact that “people are maybe a bit afraid of the results”, he adds. Reporting backward-looking results “is not so scary. Even if you’re not doing well, you can always say ‘we’re going to do a lot better in the future’. But if you’re showing forward-looking results and [they are] not that good, there are more questions to answer.”

One issue is that climate scenarios are not available for all sectors of the economy, Vleeschhouwer says, but they are available for climate-critical sectors where they should be “relatively easy to apply”.

But asset managers point to a lack of appropriate and reliable climate scenarios, methodologies and, ultimately, data – problems often cited for ESG and sustainable investment in general. Banks and insurance firms are flagging similar concerns around climate-related stress testing and analysis, as Capital Monitor has reported this month.

Some climate scenarios can be overly basic in that they reduce the variables to a single data point such as a carbon price. Navindu Katugampola, Morgan Stanley Investment Management

Morgan Stanley Investment Management (MSIM) is taking a lot of time looking at different climate scenarios, says Navindu Katugampola, the US firm’s global head of sustainability. Some can be overly basic in that they reduce the variables to a single data point such as a carbon price, he tells Capital Monitor, but there is more to such modelling than considering a putative carbon tax.

Scenario analysis must reflect the real economy, London-based Katugampola adds. Hence the next generation of scenario analysis must consider not only the price of carbon in both net-zero and growth-at-any-cost environments, he says, but also macroeconomic and idiosyncratic variables. These might include the implications for inflation, GDP or interest rates “and the sectors that are winning and are losing in the net-zero transition”.

Katugampola declined to comment on whether MSIM was using any climate scenarios or was developing its own.

Craig Mackenzie, head of strategic asset allocation at British fund house Abrdn, goes further in his criticism of climate scenarios. During an event this year he said his firm had found a lot of “garbage scenario modelling” and that temperature scores were a “waste of time”.

Speaking in May at the Responsible Investor Japan 2021 conference, Mackenzie cited scenarios provided by Network for Greening the Financial System (NGFS), a group of central banks and supervisors led by Banque de France, saying they were an unrealistic guide for the decade ahead. Other scenarios include those from the International Energy Agency and the Intergovernmental Panel on Climate Change (see also chart below).

Non-governmental organisations (NGOs) have also criticised the NGFS models for being unreliable – but citing rather different implications. In February, Oil Change International and Reclaim Finance jointly analysed the scenarios and warned that financial firms might use them to justify slow and inadequate climate action.

Meanwhile, NGFS has acknowledged, in an 18 October report, that climate scenario analysis has its limitations, while stressing that it could “help generate relevant data and fill some of the gaps, but this is a gradual process”.

A key issue stems from the different methodologies used by data providers to estimate climate change impact, says Carlota Garcia-Manas, head of engagement at Royal London Asset Management (RLAM). The firm, part of UK life and pensions group Royal London, has been vocal in pointing out that the climate scenarios available need improvement.

Providers are developing different approaches for, for instance, calculating the ‘warming potential’ or ‘implied temperature rise’ of assets, Garcia-Manas tells Capital Monitor. These often lead to a very wide range of estimates for the impact of a particular asset or company on global warming, something French insurer Axa has also pointed out. “That doesn’t give us comfort,” she says.

“While the climate variables and the social and economic assumptions that feed scenarios are reasonable and based on the latest scientific expertise, their applications to finance embed various assumptions and lack specificity and granularity,” Garcia-Manas adds. 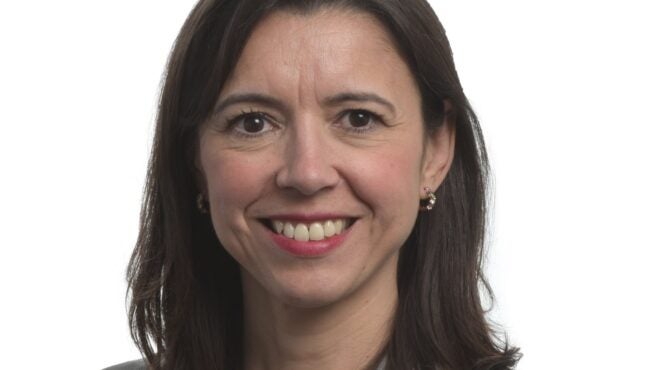 Carlota Garcia-Manas of Royal London Asset Management says her firm discloses the findings of its climate stress testing despite the limitations of available methodologies. (Photo courtesy of RLAM)

What’s more, she says, employing ‘portfolio alignment’ metrics – evaluating the emissions trajectory of a portfolio and its decarbonisation, then divesting assets that are then acquired by somebody else – do little, if anything, to reduce real-world emissions. Rather, RLAM sees it as a better starting point to evaluate those metrics while focusing on engagement with polluters or investment in clean technologies.

Nonetheless, RLAM does “disclose the gross findings of our scenario stress testing based on these methodologies”, despite their limitations, Garcia-Manas says. “We have chosen to monitor our portfolio warming potential and integrate this metric into our investment analysis.”

Concerns such as those of Abrdn, MSIM and RLAM help explain why the TCFD moved away from recommending forward-looking metrics.

An official from one industry body said on condition of anonymity: “It appears [the TCFD] have taken our concerns on board and seem to now present the implied temperature rise metric as one reporting option rather than as some sort of gold standard. But there is still a long way to go and we’ll continue to work with them to get it right.”

In the meantime, the clock is ticking on the climate crisis. And, as some industry experts point out, planning ahead is always based on best-case data and firms must start somewhere.

“No one has perfect information about future scenarios,” says Tim Mohin, chief sustainability officer of carbon footprinting software firm Persefoni. “Using Monte Carlo statistical analyses, it is possible to understand the likely range of outcomes and game the inputs to fine-tune them based on professional judgement.

“All well-run businesses will run scenarios by modifying the value of key variables to understand the range of potential outcomes,” he tells Capital Monitor. “This is even done for individual investor portfolios, so it is hard to understand the pushback on this method.”

In the future, regulators and capital markets will be unlikely to accept that companies have performed an accurate risk or opportunity assessment without carrying out a robust level of scenario analysis. EY Climate Risk Disclosure Barometer report

Some asset owners appear to recognise the urgency. UK pension fund National Employment Savings Trust, or Nest, in August put out a tender for ‘plausible’ climate scenarios. The nine-month, £25,000 contract was due to start on 25 October.

Even energy companies are including climate scenarios in their planning and disclosure. Having joined the TCFD in 2018, Portugal's EDP uses such scenarios for planning and evaluating its capital expenditure, says head of sustainability António Castro.

“You have to link what are the most common scenarios published with things like the price of gas, inflation, interest rates,” he tells Capital Monitor. “Things that were not connected now must be connected and looked at globally.”

Certainly, despite resistance to the idea of a set of standard climate scenario analyses, the general approach still makes sense, argues consultancy EY.

Without significant guidance, scenario analysis may be at risk of becoming too fragmented or inconsistent, said EY in its Climate Risk Disclosure Barometer report in June. But “having standard scenarios is not necessarily the answer” due to their potential lack of flexibility.

“Scenario analysis can be complex, but the benefits of conducting it, and accurately reflecting climate-related risks and opportunities, far outweigh the effort,” the report added. “In the future, regulators and capital markets will be unlikely to accept that companies have performed an accurate risk or opportunity assessment without carrying out a robust level of scenario analysis.”

A recent move by the UK government reinforces this point. On 21 October it started consulting on whether to require pension trustees to use a portfolio alignment metric to show how much their investments are aligned with a 1.5°C trajectory.

Accordingly, around half (49%) of UK pension trustees said they needed climate scenario analysis but that it was not readily available from fund managers, while just 5% said they needed such analysis and that it was readily available. These were findings from a survey published on 25 October by Mallowstreet, a community website for UK pension trustees.

More such regulatory and client pressure might push asset managers to move quickly to report on – and ideally adjust – their own portfolios’ emissions trajectory.