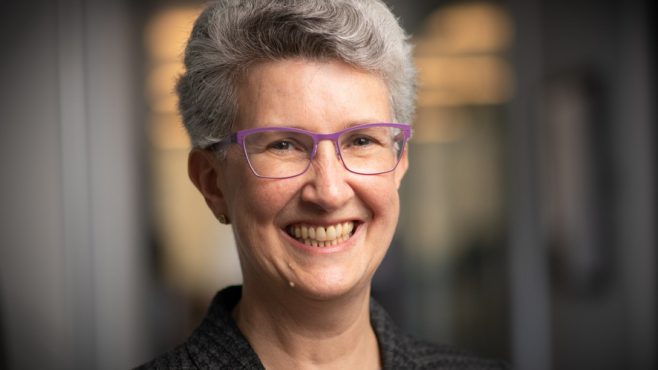 “We tend to take the existence of things like the balance sheet for granted, but modern financial reports are the result of a hundred-year struggle,” wrote economist Rebecca Henderson in her 2020 book Reimagining Capitalism: How Business Can Save the World.

That struggle may be largely over for financial accounting, but for sustainability disclosure it’s only just beginning. However, there is optimism this will be a conflict resolved more quickly than its predecessor, and there has been a lot of movement in the past year.

In the absence of a global framework, sustainability standard-setting has essentially become an industry of its own. One study in July last year identified 614 reporting requirements and resources, up from 383 four years earlier.

Despite companies and investors bemoaning the so-called ‘alphabet soup’ of standards, guidelines and frameworks, the non-financial reporting landscape is only becoming more complicated.

A lot of people have put their egos in their back pockets and focused on accomplishing much more than we could have done alone. Robert Steel, Perella Weinberg Partners

In direct response to such complaints, two of the most respected bodies, the Sustainability Accounting Standards Board (SASB) and the International Integrated Reporting Council (IIRC), in late 2020 announced plans to merge and form the Value Reporting Foundation (VRF).

“This was an idea that instantly made good sense to both organisations,” Robert Steel, chairman at boutique investment bank Perella Weinberg Partners and co-chair of the VRF’s board, said at an event to mark the merger in June. “A lot of people have put their egos in their back pockets and focused on accomplishing much more than we could have done alone.”

The SASB standards and the IIRC’s integrated reporting framework will continue to co-exist as separate tools, but the merged parties are pooling resources with the aim of making it easier for companies to use both frameworks. Around 2,500 companies use the IIRC framework and 1,033 use SASB standards. Some 115 are using a combination of the two.

While the SASB, IIRC and their peers have long taken sustainability accounting seriously, it’s fair to say that the rest of the world has been paying less attention. There may be hundreds of frameworks out there, but the lack of consistency between them renders their product – reams of data – largely unusable for investment purposes.

But the past 12 months have seen sustainability reporting shoot up the policy agenda worldwide. While almost every securities regulator in the world has at least alluded to the concept by now, a few key developments stand out.

The European Commission plans to reform its Non-financial Reporting Directive, expanding its scope to many more companies and enhancing the requirements. The US Securities and Exchange Commission (SEC) has just ended a consultation period on mandatory climate disclosure. Some countries, including New Zealand and the UK, are starting to mandate reporting in line with the Taskforce on Climate-related Financial Disclosures.

Arguably the most significant development, though, is one coming from the International Financial Reporting Standards (IFRS) Foundation, which sets global accounting standards used in 140 countries. Its proposed International Sustainability Standards Board is set to launch later this year.

“Accounting standards are serious, so if sustainability information is being considered in the same context, it is clearly really important,” says Janine Guillot, who has been chief executive of the SASB since November 2019 and now heads the VRF. “The IFRS’s proposals represent the most serious signal yet that this information is valuable.”

Guillot is also paying close attention to the SEC’s proposals, given that most users of SASB standards are US companies, and companies from all over the world opt to raise capital in American markets. The comment period closed on 14 June with 395 responses, which may be a new record. As Capital Monitor reported in May, most affected parties support the plans.

You can’t please everyone

While financial reporting can provide a helpful model for its non-financial counterpart, the two are fundamentally different. Financial reports are generally only perused by investors, but sustainability disclosure serves a much broader range of stakeholders: investors, customers, employees, civil society, regulators and NGOs.

Hence Guillot and the VRF itself do not believe that there is a single set of standards that meets everyone’s needs. “We see the IFRS work as a baseline that’s predominantly aimed at capital providers,” she says. “Then most jurisdictions are likely to have their own incremental requirements based on their own policy objectives.”

While that suggests a risk of regulatory divergence, Guillot says it doesn’t have to be. She cites the UK’s gender pay gap reporting rules as an example of where some jurisdictions (in this case Britain) have gone further than others.

We’ve come to believe that… now is the time for regulators to step in. Janine Guillot, Value Reporting Foundation

So while the merger of the two bodies is a welcome move for industry stakeholders, full consolidation remains some way off.

In the longer term, Guillot envisages perhaps three levels of standards: the IFRS baseline, jurisdictional specifics, and a separate framework for reporting non-financial information to a much wider audience. Building on Global Reporting Initiative (GRI) standards – the oldest and most widely used today – would be suitable for the final purpose, she says.

“I’m a firm believer in ‘what gets measured gets managed’, but the measurements have to be decision-relevant,” she explains. “If that doesn’t happen, and people see sustainability reporting as a compliance exercise – a regulatory tax of sorts – then the information isn’t going to be useful.”

And to drive genuine impact – whether in respect of emissions reduction or gender diversity – standardised reporting must be combined with targets, Guillot argues. “The combination of target-setting, measurement and external disclosure will create a virtuous circle."

Despite the challenges involved, the end game – a set of globally agreed, baseline standards for sustainability disclosure – may be less than five years away, says Guillot. There are three potential routes there: investor demand, company demand, and regulation.

The SASB and IIRC have long been driven by market forces, says Guillot, “but we’ve come to believe that while that approach might work, it’s very slow, and now is the time for regulators to step in. The risk, though, is that different regulators move at different paces, and we continue with a fragmented landscape.”

That market forces argument has been touted for a long time. But as academic and ESG reporting veteran Bob Eccles told Capital Monitor back in March, people using that argument “forget that conventional accounting didn’t come from market forces – it came from regulation”.

The market is now coalescing around a desire for agreement between an international coalition of regulators, such as the International Organization of Securities Commissions or the Financial Stability Board. Both organisations have voiced support for the IFRS Foundation’s proposals, and further announcements are expected around Cop26 later this year.

There are reasons to be optimistic. While sustainability reporting is more complicated than traditional financial disclosure, Guillot says, it does have one edge: not many regulators are doing it already.

“It was so hard to rationalise accounting standards because every country already had its own embedded set of standards that had been in use for decades,” she says. “That isn’t the case here. We have the chance to establish sustainability disclosure at an international level from day one – and we’re thrilled to see it.”