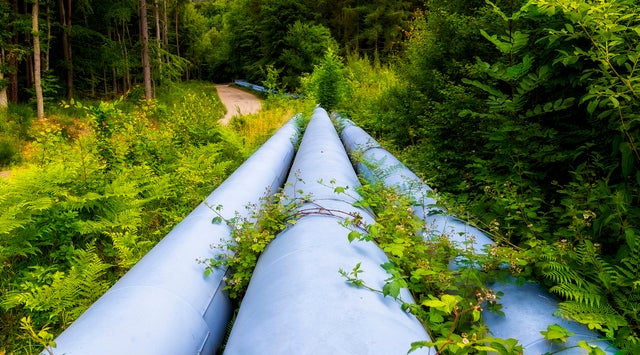 Time to put natural gas out to pasture? (Photo from iStock)

Governments everywhere – even progressive ones in Europe – heavily subsidise dirty fossil fuels despite professing a strong public stance on tackling the climate crisis.

Yet financial support for fossil fuels remains massive. An IMF study published on 24 September put the total amount of subsidies for the sector as high as $5.9trn as of 2020. This is in part because heavily emitting industries have been major beneficiaries of Covid-19 relief packages. Pandemic relief aside, fossil fuel subsidies had been falling globally, but not quickly enough, according to climate campaigners (see chart below).

In fact, some countries – including Australia, Canada and France – have increased their financial support for fossil fuels since signing the historic Paris Agreement on Climate Change in 2015. The Australian government has gone so far as to question domestic banks and investors on their moves to reduce exposure to the coal industry.

Subsidies can take many forms, including handouts to both energy producers themselves and to their customers, and have long been controversial. In Europe, for instance, the current soaring price of natural gas has fuelled much debate over whether energy customers should receive financial support. 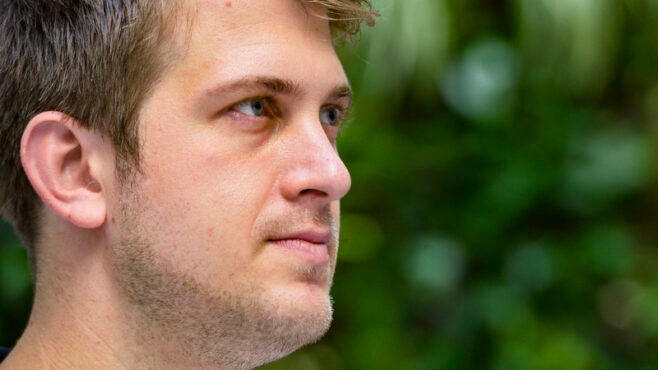 Michael Bloss, a Green MEP, says ending polluting subsidies must be central to any climate plan.(Photo by Benoit Bourgeois, courtesy of the European Parliament)

Removing subsidies seems an obvious step if fossil fuels are to be phased out – as the International Energy Agency says must happen if there is to be any hope of reaching net-zero emissions globally by 2050. The investment community has also pitched in: in mid-September, 587 institutions – asset managers and owners representing $46trn in assets – urged governments to phase out fossil fuel subsidies.

Among other things, investors want policy certainty in respect of renewable energy, as Capital Monitor has reported. They argue that fossil fuel incentives and subsidies run counter to global efforts to tackle the climate crisis and distort market conditions that are naturally evolving in favour of cleaner energy sources.

Germany's Michael Bloss, a Green Member of the European Parliament (MEP), sums up much of the thinking on this by telling Capital Monitor: “Ending polluting subsidies must be central to any climate plan, and failing to do so will make investments into solutions like renewables less effective.”

Yet given a recent opportunity for reform, MEPs voted to extend subsidies for natural gas until 2027, provided it is blended with an unspecified amount of hydrogen.

The European Parliament's Committee on Industry, Research and Energy was voting on a revision of the Trans-European Networks for Energy (Ten-E) regulation that dictates which gas and electricity projects the EU supports, and allows developers to access centralised European funds. A stated goal of the revision was to bring Ten-E in line with the European Green Deal, a set of policy initiatives with the overarching aim of making Europe climate-neutral by 2050.

Non-governmental organisations (NGOs) say the extension is a major concession that opens the door for up to 70 natural gas projects to be labelled ‘projects of common interest’. That status gives them access to public finance, along with other benefits.

It’s very disappointing that the directly elected institution of the EU is turning out to be the weakest link in EU climate policy. Tara Connolly, Global Witness

The decision to prolong funding for such projects undermines the EU’s leadership on climate policy ahead of Cop26, argue environmental groups and Green MEPs.

“It’s very disappointing that the directly elected institution of the EU is turning out to be the weakest link in EU climate policy,” says Tara Connolly, Brussels-based senior natural gas campaigner at Global Witness, a human rights-focused NGO. “Considering the narrative around the European Green Deal, and the position the [European] Commission has taken on gas infrastructure subsidies, it’s quite hypocritical.”

Connolly says the rules on blending are so loose that many projects can slip through the cracks. “We’re not saying ‘stop using gas today’,” she adds. “But we do need to stop investing public money in projects that are not in the public’s best interests.”

Others are stronger in their condemnation of the move. The decision “may completely derail our ambitions for a decarbonised future”, says Irish Green Party MEP Ciarán Cuffe, who along with the rest of his party voted against the inclusion of gas in the reform.

But even progressives argue that the balance is a very tricky one to strike. The decision to extend subsidies reflects just how difficult the energy transition is, says Danish MEP Morten Petersen of liberal group Renew Europe, who voted in favour of the extension.

“Besides going green, there are also important issues like energy security and affordable energy for consumers,” he tells Capital Monitor. “There is no doubt the climate crisis is very serious, and we must speed up the establishment of wind and solar… but as painful as it is, our societies are still dependent on fossil fuels at this point in time. The green transition can only happen step by step.”

While some feel the Ten-E decision undermines the European Commission’s call to action in January, Petersen views the vote as in line with the Commission’s position because it specifies an end date.

However, campaigners have also raised concerns around governance in relation to the Ten-E decision. In a report published in June 2020, Global Witness says the regulation as it stands gives enormous power to the European Network of Transmission System Operators for Gas (Entsog) by allowing its members to help predict and manage the continent’s gas needs (see chart below).

This has resulted in Entsog overestimating gas requirements and has seen its members receive €4bn ($4.6bn) in subsidies – almost 90% of the total provided for EU’s gas infrastructure – and in some cases, unnecessary infrastructure being constructed, according to research by Global Witness citing official EU data.

In December 2020 MEPs admitted that this situation needs to change, and have established an advisory group to oversee industry contributions to the regulation.

However, there is considerable divergence between parliamentarians, according to Global Witness. Polish MEP Zdzisław Krasnodębski of the right-wing Law and Justice party and vice-chair of the industry committee, has refused to reveal the meetings he has held with such groups. The campaign group has identified at least a dozen different gas companies and trade associations that gave him access. Krasnodębski did not respond to a request for comment.

It should be noted here that while the IMF total subsidy estimate of $5.9trn – or $11m a minute, as is often quoted – is startling, there is more to it than meets the eye. Most of that estimate relates to implicit funding, such as the estimated social cost of carbon emissions that polluters are not paying. More explicit subsidies, such as tax breaks and measures to reduce fuel prices, account for 14% of the total.

A common refrain of governments is that subsidies – particularly fuel subsidies – protect lower-income households; in this instance by ensuring they can continue to heat their homes. In this sense, the question of reforming any type of subsidy forces governments to balance multiple of the UN’s Sustainable Development Goals (SDGs) against each other, most obviously No Poverty (SDG 1), Zero Hunger (SDG 3), Affordable and Clean Energy (SDG 7) and Climate Action (SDG 13).

Our societies are still dependent on fossil fuels at this point in time. The green transition can only happen step by step. Morten Petersen, Danish MEP

But that argument does not stand up because most subsidies – including those distributed via Ten-E – go to the energy industry, not low-income families directly, says Katharina Rall, senior environment researcher at Human Rights Watch, a Paris-based NGO. In any case, an IMF study published in September 2010 found that subsidies tend to benefit wealthier households more than poorer ones.

“A subsidised electricity bill for certain households – for example, during a heatwave – would be a very reasonable step for any government to take,” says Rall. “But that’s not what we’re talking about here.

“The bigger concern is that these subsidies perpetuate a system that is really harmful for these same vulnerable communities,” she adds. “And they will make their bills more expensive in the long term because climate change means heatwaves will become more common, pushing up the cost of electricity bills, for instance. So it’s a very short-term measure.”

The Ten-E amendment is now under debate by parliament and energy ministers, with the final outcome expected by January at the latest. The gas crisis expected to afflict Europe through the winter will likely be central to those discussions.

Fuel subsidies are also widely expected to be a key area of focus at next month’s Cop26 climate talks. Whether any concrete action will materialise is another matter.