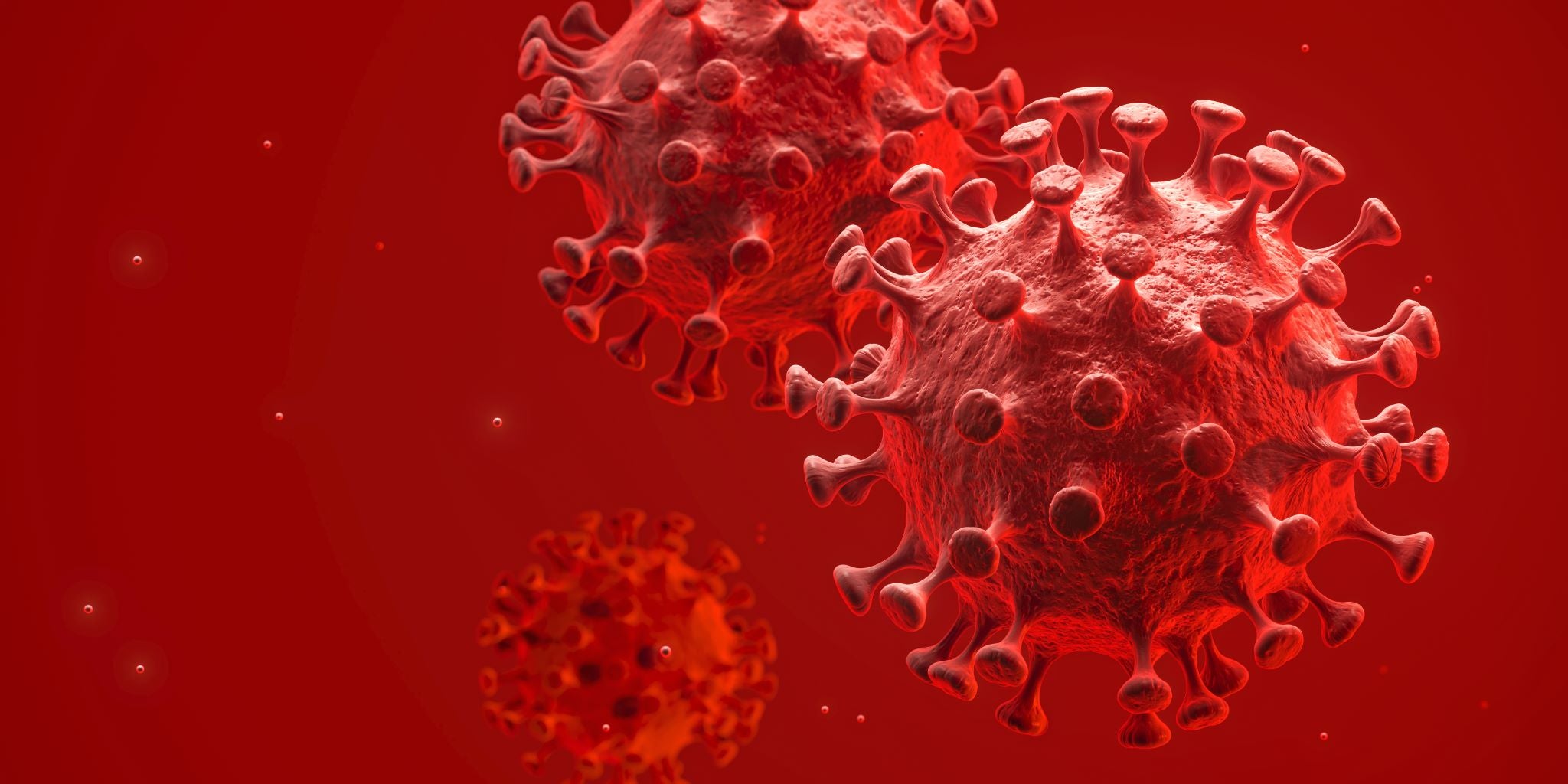 Just $1.8trn of post-crisis investment will have a net-positive impact on the environment, experts claim. (Photo by 3DJustincase via Shutterstock)

Since the spring of last year, governments and central banks have unleashed a huge wave of Covid-related economic reforms and stimulus packages, amounting to an estimated spend of $17.2trn.

But despite leaders promising to build back both better and greener, much of the stimulus is doing more harm than good to the climate and nature, according to a recent report from consultancy Vivid Economics and research organisation the Finance for Biodiversity Initiative. Just $1.8trn – or 10.6% – of the post-crisis splurge will have a net-positive impact on the environment, the paper estimates, based on its Greenness of Stimulus Index (GSI)*.

Many observers are now calling for governments to treat climate change as the emergency they say it is and make better use of the remedies and tools available for doing so.

Strong policy action is needed to tackle issues such as climate change, biodiversity loss and other environmental problems, including land degradation and air pollution, says Johannes Emmerling, an environmental economist at the European Institute on Economics and the Environment. That’s because these “challenges… depend to a large extent on the structure of our economy”, he adds.

Climate change is an ideal area to address with a short-term focus because large-scale investments and subsidies are needed for renewable energy, as is capital for energy-efficiency improvements in building and transport decarbonisation, Emmerling says.

Certainly, a growing number of large institutions are putting in place feasible, short-term climate-change targets rather than committing to goals, such as net zero by 2050, that few – if any – seem to have any idea of how they can be achieved. Norway’s huge sovereign wealth fund and Canada’s Ontario Municipal Employees Retirement System are two such large investors.

There is huge work still to be done by governments to meaningfully integrate ESG into public spending. Oscar Warwick Thompson, UK Sustainable Investment and Finance Association

Yet urgency on climate change remains sorely lacking, agrees Jeffrey Beyer, economist at Vivid Economics and lead author of the GSI report. “The $17.2trn figure shows that when faced with a genuine emergency, governments are able to rally and dedicate trillions of dollars towards overcoming this existential threat,” he tells Capital Monitor.

And yet the amount of money being mobilised to address climate change does not come close to that figure, says Beyer. “So it makes you wonder the degree to which governments really believe that climate change is this existential threat and an emergency.”

There is “huge work still to be done by governments… to meaningfully integrate ESG into public spending”, says Oscar Warwick Thompson, senior policy manager at the UK Sustainable Investment and Finance Association (UKSIF).

“One way of helping ensure this in the UK context would be for every budget statement to include a dedicated section on net zero [carbon emissions], highlighting how the tax and spending decisions announced bring the UK closer to this goal,” he adds.

In time, each government budget should have net zero at its core, Warwick Thompson argues: “While we strongly welcomed the Treasury’s announcement earlier this year on the mandates of financial regulators having regard to net zero, the Treasury [itself] should now make a similar commitment.”

Others are also pressuring the British government, following Prime Minister Boris Johnson’s much-publicised focus on areas such as climate and biodiversity.

At a global level, the huge level of stimulus spending has indicated that there is a clear set of tools to boost economies while also accelerating the transition to a more sustainable future where positive climate change is possible, says Beyer.

They include: attaching green conditions to bailouts, debt-for-climate-action swaps, investment in nature-based solutions, providing loans and grants for green investments, providing tax breaks or subsidies for green products and R&D, removing subsidies for polluters, reinforcing environmental regulation, and creating a fiscal framework that redirects investment away from environmentally damaging activities.

Governments have historically not made nearly enough use of these tools, the GSI report says. Two-thirds of the 30 nations assessed by the research delivered a net-negative environmental impact from this spending.

Denmark, the European Union and Canada were the top three of just ten net-positive contributors (that is, the positive environmental impact of their Covid spending outweighed the negative). The UK was in fourth place. (See graph below.)

The world's three most populous countries – China, India and the US – have improved their GSI scores through the lifetime of the project (which spans six reports since spring last year), but remain on the net-negative side of the index.

This is largely because their subsidies have been focused on supporting carbon-intensive industries that have been hit hard by the pandemic, such as fossil fuels and airlines. While G20 governments spent $89bn on clean energy, they committed at least $151bn to oil and gas companies from March to July last year, says a July 2020 report from global affairs think tank ODI.

On a positive note, the US’s GSI score has improved since President Joe Biden took office in January, in part due to the landmark $1.9trn American Rescue Plan. Its potential was for some time being undermined by the Federal Reserve’s emergency corporate lending programme that is now being wound down. Such contradictions demonstrate the need for a cross-government approach, economists say.

Governments need to screen their public spending to make sure that it's going to be nature positive and climate positive. Jeffrey Beyer, Vivid Economics

“Governments need to screen their public spending to make sure that it's going to be nature positive and climate positive,” Beyer argues. “Spending that isn’t needs to be heavily justified… because it flies in the face of our other objectives around the low-carbon transition and sustainability.”

Lessons can be learnt from Canada, for instance. It started from a low baseline as a natural resource-dependent, emissions-intensive economy, but has invested strategically in low-carbon industries, R&D, transport and renewables.

The country’s progress since the start of the Covid crisis demonstrates that a balance can be struck between economic growth and environmental improvements.

Yet this remains a key dilemma, arguably above all in some emerging markets, where growth may rely heavily on energy from fossil fuels and renewables cannot provide an affordable solution just yet. Africa represents a good example, as institutions such as Africa Finance Corporation and Standard Bank have told Capital Monitor.

But there are examples of the necessary trade-off in developed markets too. A current €4.5bn ($5.3bn) French investment in national rail modernisation will on the one hand cut emissions by reducing the use of personal vehicles, but on the other will damage natural habitats and ecosystems in its construction. There is a similar discussion taking place in the UK over whether HS2, a planned high-speed rail link, should proceed.

Some economists nonetheless stress that governments must recognise that transitioning to a low-carbon future makes clear economic sense.

"Lowering taxes for energy or emissions-efficient goods and services is in line with anticipated carbon price increases and so will stimulate demand while already aligning price signals with future expected costs,” says Emmerling. “In any case, combining policies with [capital] transfers, in particular to vulnerable households, is key for public acceptance and thus political feasibility."

And while climate change has taken centre stage among environmental concerns, biodiversity is garnering more and more attention. “There is increasing awareness of the systemic risks the destruction of our planet's biodiversity poses to the economy and financial returns,” says UKSIF’s Warwick Thompson.

“Although we are at the start of the journey here, governments could still do more to place nature on a more equal footing with climate change in their policymaking, boost their knowledge of biodiversity risks and act swiftly to take account of these issues in legislation.”

The pandemic shone a harsh spotlight on climate change, but – as increasingly frequent and deadly flooding and wildfires around the world starkly show – governments will have to respond a lot faster if the Covid crisis is not to go to waste.

Jonathan Weinberg is a freelance journalist specialising in technology, business, social impact and the future of work and society.
Websites in our network