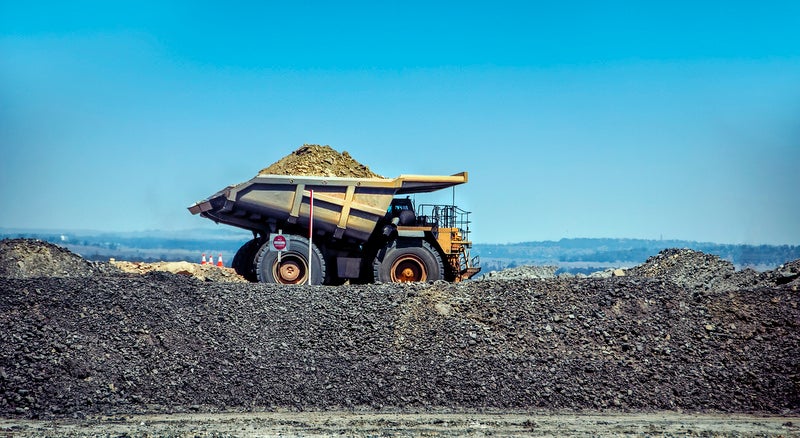 A coal mine in Queensland, Australia: the government is trying to ensure the industry keeps on trucking for a while yet. (Photo from Getty Images)

For much of this year, Australian energy minister Angus Taylor has been pushing to introduce a A$3bn to A$7bn ($2.1bn to $5bn) annual subsidy to maximise the life of the country’s coal and gas power plants. The programme, dubbed ‘Coal-keeper’, is in line with the government’s global reputation as a climate laggard and its staunch protectionism of the coal industry.

And last week resources minister Keith Pitt proposed a publicly run A$250bn ($180bn) lending facility for the coal industry in return for him, as a member of the junior coalition party, supporting the government’s plan to commit to net-zero carbon emissions target for the country for 2050. Pitt hopes the government can become the lender of last resort for the mining sector.

Australia’s government still had not set a net-zero emissions goal as of early October and is under acute pressure to do so. Climate Action Tracker, a scientific analysis initiative, rates the country’s climate policies as “highly insufficient” and says the 2030 targets – which have not been updated since 2015 – are consistent with global warming of 4°C.

The country’s biggest banks and a growing number of institutional investors have pledged to exit thermal coal by 2030. But Pitt insists the industry will significantly contribute to the national economy well beyond that date.

This clash has come to a head in a parliamentary inquiry launched by climate sceptics in the conservative coalition government. Since February this probe has seen lawmakers question domestic asset owners over their moves to reduce exposure to coal, of which Australia is the world’s biggest exporter after Indonesia. It was sparked by the sector’s growing funding shortage, the most prominent example being Adani’s controversial Carmichael mine in Queensland.

“I have asked a parliamentary committee to investigate the finance sector’s treatment of the coal industry to ensure corporate activists are not unfairly discriminating against it and the thousands of workers it employs,” Pitt tells Capital Monitor via email.

The inquiry is being run by a non-partisan panel, and there is a wide divergence of opinion on climate change within the government. But the probe is putting pressure on the banks to keep investing in fossil fuels, says Anna Malos, country lead at non-profit environmental campaign group ClimateWorks Australia.

Those leading the charge are criticised for misconstruing the ‘sole purpose test’ that obliges trustees to maximise risk-adjusted returns. They are including a short-term duration element that is not in the legislation, which effectively disregards longer-term financial risks caused by climate change, says Tim Buckley, a Sydney-based director of energy finance studies at the Institute for Energy Economics and Financial Analysis. He draws parallels with Donald Trump’s failed attempt to exclude climate as a financial risk from investments made by US retirement funds.

The consensus within Australia’s sustainable investment community is that the federal government has not supported its efforts, having made no movement towards taxonomies or mandatory disclosures. But “historically, it hasn’t been antagonistic either”, says a Sydney-based executive at a fund house, speaking to Capital Monitor on condition of anonymity.

The coal inquiry is effectively the first time the upper echelons of politics have shown any interest in sustainable finance, he adds. 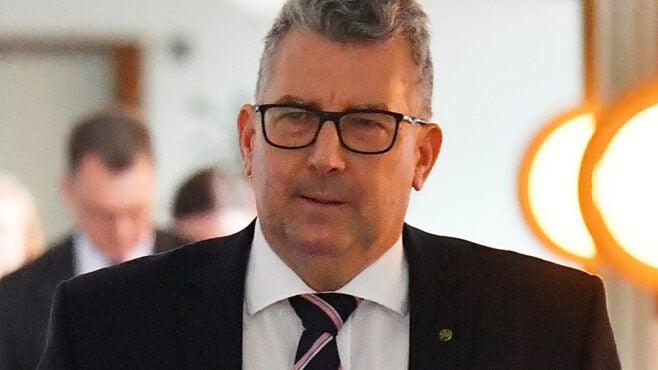 As a result, asset owners have tended to lead the way in setting the sustainability agenda, as Simon O’Connor, head of the Responsible Investment Association Australasia (RIAA), has pointed out.

“You could say there is an omission to proactively encourage responsible investing,” says Nicolette Boele, executive manager for policy and standards at the RIAA. “But on the flip side, the absence of government has meant investors have been able to fulfil their fiduciary duties and look at all ESG risks as they should do.”

The financial sector pushing ahead in defiance of the government is reminiscent of the US under the Trump administration, which saw investors pick up the government’s slack.

“We have mirrored that here to an extent,” says Joey Alcock, chair of the responsible investment group at Australian investment consultancy Frontier Advisors. “We’ve started to see asset owners saying ‘We need to act, regardless of whether or not the policy is currently supportive’.”

The inquiry is not expected to affect sustainable investment directly. Deeply entrenched fiduciary duties cannot be rewritten easily, and asset owners are influenced by global trends more than national policy.

Yet Buckley expects it will prompt the government to change the mandate of state-backed clean energy institutions to prop up fossil fuels and finance coal projects when the private sector will not.

Moreover, the prospect of more public funding of fossil fuels is disruptive as it prompts investors to query the risk of building, for instance, more renewables capacity, says Stuart Palmer, head of ethics research at wealth and asset manager Australian Ethical Investment.

The prospect of more public funding of fossil fuels is disruptive as it prompts investors to query the risk of building, for instance, more renewables capacity. Stuart Palmer, Australian Ethical Investment

This would cause more confusion and hesitancy in a market where policy uncertainty already impedes sustainable investment – and when asset owners around the world are calling for more regulatory stability.

“When we have better information to price risk, we can deliver better valuations and returns for beneficiaries,” says RIAA’s Boele. “We don’t have that. We have all sorts of mispricing and [mis]calculations.”

Ultimately, says an impact investor at a fund house in Australia also speaking on condition of anonymity, “the inquiry is out of touch with the sense of urgency we need” to exit coal. “It doesn’t give confidence that you can rely on extra tailwinds from the government.”

She and the Sydney-based fund executive agree it could have a quietening effect, with the latter saying “there will always be some people in the investment community that are going to perhaps take a step back as they don’t want to stick their head above the parapet”.

Meanwhile, federal climate change framework legislation, such as that in the EU or UK, would “give clear signals of where the government is going, which would help businesses and investors", says Malos.

It does not help that there is already reticence among some asset owners to shun or pressure the coal industry. “We have a huge pool of capital, a relatively small domestic market, miners are one of the two big pillars of ASX, and there is a cosy group of directors that govern a lot of companies,” the Sydney-based investor says.

All this being said, the inquiry could also unwittingly re-energise the sustainable investment segment. It has been deemed an education exercise for climate sceptics and has given progressives a platform to air their views.

The inquiry is out of touch with the sense of urgency we need to exit coal. It doesn’t give confidence that you can rely on extra tailwinds from the government. A Sydney-based fund executive

Coalition MP and inquiry panelist Katie Allen tells Capital Monitor via email that “Australian banks would be irresponsible” for not considering decarbonisation in their ESG deliberations.

Fellow panel member and Greens party senator Jordon Steele-John says: “It has been my priority to ensure that the community, including the financial services sector and its regulators, are able to explain their decision-making.”

Indeed, industry watchdogs are using the full remit of their mandates to fight global warming. The Australian Prudential Regulation Authority has issued draft market guidance on environmental risks and, alongside the central bank, is putting the biggest banks through climate stress tests.

What’s more, evidence that coal industry supporters view sustainable investing as a threat is seen by some as a sign that it is working.

“Success is going to breed opponents,” suggests the Sydney-based fund executive. And Palmer says that government criticism of financiers phasing out coal prompts frustrated individuals to reconsider where to put their superannuation money.

“It’s a sad truth, but the Australian climate policy disaster has been a boon for responsible and ethical investing in Australia in that sense,” he adds.

Yet the country’s poor environmental reputation could have harmful effects on inward investment and the economy.

On 7 October the world’s two biggest re-insurers, Swiss Re and Munich Re, said they would not support the lending facility proposed for Australia’s coal industry due to climate concerns.

And spreads on the yields of bonds issues by Australian coal-related businesses over those of government debt have risen by 50 to 100 basis points, said rating agency Standard & Poor’s last month. Bonds’ yields rising means their prices are dropping and the perceived risk of issuer default is increasing.

In September, federal treasurer Josh Frydenberg acknowledged that climate change would affect Australia’s ability to attract foreign capital. “We cannot run the risk that markets falsely assume we are not transitioning in line with the rest of the world,” he said.

But the federal government may need to provide more convincing evidence of its commitment to reducing emissions than it is right now.

Danielle Myles is a freelance editor and journalist who writes regularly for the Financial Times Group's fDi Intelligence, The Banker and Bloomberg Law, and whose previous roles include The Banker's investment banking editor and editor of International Financial Law Review within Euromoney.
Websites in our network