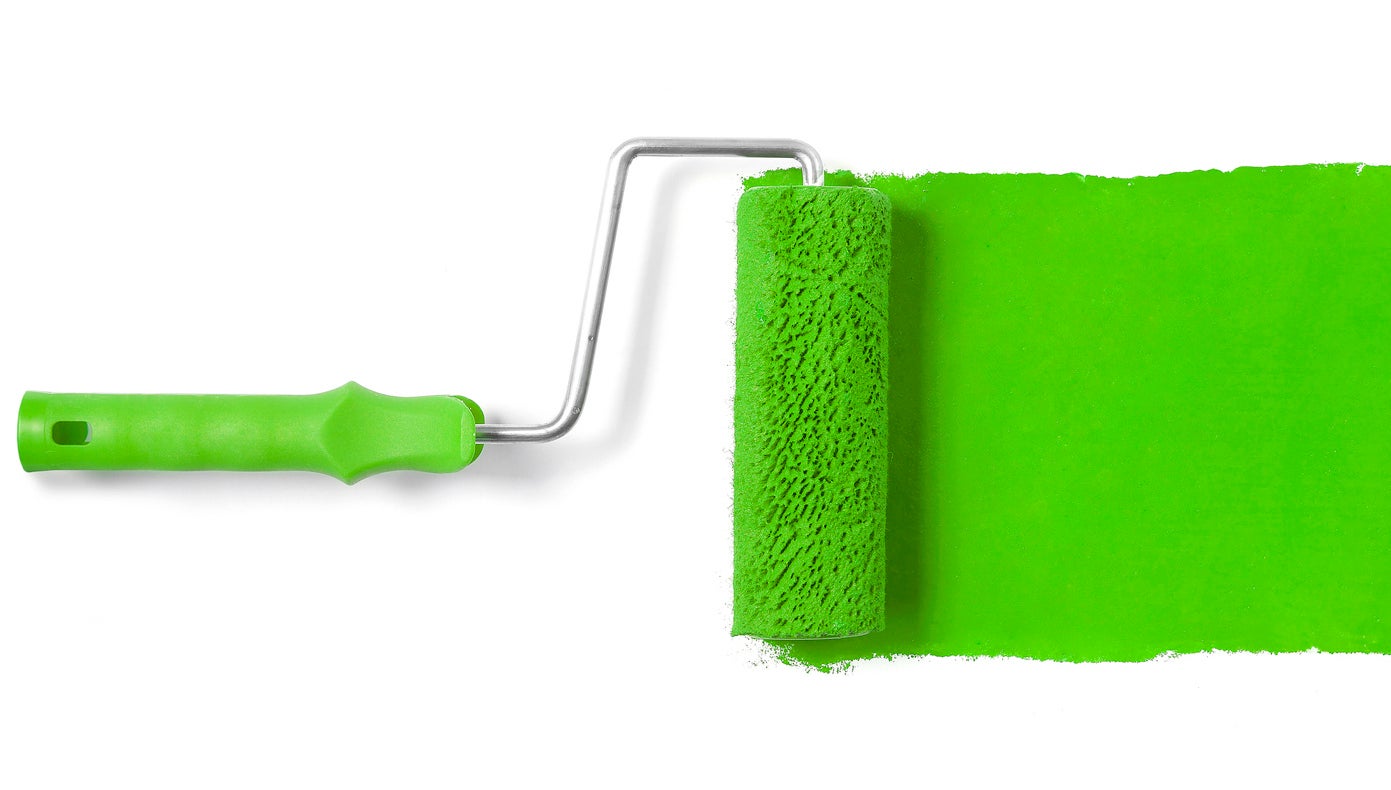 Greenwashing is seen as a particular issue in the sustainability-linked debt market. (Photo by goir from iStock)

Volumes of sustainability-linked debt are booming. Companies are rushing to take advantage both of the less stringent requirements such instruments impose on issuers in comparison with green or social bonds and the rampant investor demand for ESG-related products.

Issuance totalled $62bn for the nine months to 30 September, up nearly sevenfold from $9bn for the whole of 2020, according to data from Moody’s (see graph below). The rating agency expects it to hit $100bn this year.

Accompanying this growth, however, is rising scepticism among investors over whether the key performance indicators (KPIs) being set are sufficiently relevant or robust to justify the sustainability label. There was a dip in issuance in the third quarter after stellar expansion in the second, and spreads on sustainability-linked bonds are widening in the secondary market.

How to make sustainability-linked bonds investor-friendly

Even banks that arrange such deals are now expressing similar concerns, though there is no shortage of companies willing to print them – with the odd exception.

German laboratory company Amedes tried to go to the market this month with a sustainability-linked term loan B based on KPIs linked to the percentage of electric company vehicles in its fleet and employee accident rates. But it had to remove the sustainability-linked conditionality from the broader financing package because of resistance from the lending banks, says a source familiar with the deal. Capital Monitor could not ascertain the identity of the banks.

Meanwhile, Israeli-US pharmaceutical company Teva did manage to sell the biggest sustainability-linked bond (SLB) so far this month – but it drew criticism for the KPIs.

The $5bn note has targets tied to improving access to medicine in poorer countries and reducing greenhouse gas (GHG) emissions. Orders hit $8.1bn for the deal, which was arranged by Bank of America Securities, BNP Paribas, HSBC and JP Morgan.

The structure is certainly innovative, incorporating environmental and social KPIs material to Teva’s business – that is to say, both meaningful and in line with its corporate strategy. The social KPI includes a target of providing better access to products in low- and middle-income countries by 150% against the 2025 baseline. The environmental KPI includes a relatively rare goal: for the company to reduce its Scope 3 emissions – those within its supply chain but not generated by the company itself – by 2030 against the baseline.

The deal is aligned with the International Capital Markets Association (ICMA) Sustainability-Linked Bond Principles, released in June and now seen as the international standard for such deals. The materiality of two of the KPIs and the ambition of the related targets have been confirmed by second-party opinion provider ISS and a letter from the Access to Medicine Foundation, a medical non-profit organisation.

However, investors have questioned the materiality of the KPIs.

A US-based buy-side ESG analyst flags two concerns. One of the KPIs is linked to increasing the cumulative total of new regulatory submissions in low- and middle-income countries on the World Health Organisation’s Essential Medicine List, rather than to approvals, he tells Capital Monitor.

In addition, Teva’s previous trajectory on reducing Scope 1 and 2 emissions do not suggest that its related sustainability performance target was particularly ambitious, the analyst says. In any case, he adds, Scope 3 emissions account for 90% of the company’s carbon impact.

The response to the Amedes and Teva deals reflects a rising unease with KPI-based products, whose targets typically focus on emissions (see graph below).

Part of a wave of ESG-related innovation that has spread to everything from trade finance to repos, SLBs and sustainability-linked loans (SLLs) are particularly attractive to companies from hard-to-abate sectors (where the transition to net zero is not straightforward) looking to decarbonise. They also appeal to companies seeking to tap an investor base focused on ESG while maintaining the flexibility of debt issuance for general corporate purposes.

The rapid growth has seen SLBs quickly surpass transition bonds in popularity among heavy polluters that struggle to attract the estimated trillions of dollars they will need to decarbonise. Investors favoured SLBs in part because they came with the ICMA stamp of approval. But the flexibility of the structure has led to a waning of standards in some cases, say experts.

“What matters – and I think where it's been going wrong is in some regions, especially in the US – [is that] we’ve seen a lot of greenwashing around [such deals],” says Constance Chalchat, head of company engagement and chief sustainability officer for global markets at BNP Paribas.

Examples include SLLs with a 1 basis point (bp) step-up and structures where companies get a discount if they hit their targets but no penalty if they do not. In other instances, firms have set KPIs that account for only a tiny portion of their CO2 emissions or where the KPI has little or no relevance to the companies' business models. Chalchat labels such practices “non-materiality” or “non-ambition”, in that the KPI is linked to something the company would achieve anyway.

Some companies can be led to greenwashing banks that are there simply to print deals. Constance Chalchat, BNP Paribas

BNP Paribas has been refusing to do deals and challenging clients on their proposals, she says, declining to provide any examples. “It takes time working with the company – which often understands the reputational risk – and other banks to integrate the right elements,” she says.

KPI greenwashing has been an issue in the leveraged finance segment too, something that new guidelines are seeking to tackle.

There are of course lenders willing to facilitate SLBs and SLLs without asking hard questions. Some companies “can be led to greenwashing banks that are there simply to print deals”, Chalchat says. Similar criticism has been levelled at the Teva deal, in which BNP Paribas was involved.

Moreover, the selection of the sustainability performance target or KPI can also be a challenge, particularly if it is linked to social indicators or non-GHG related KPIs, says Henry Mason, senior ESG research associate at US fund house Calvert Research and Management. These can be harder for investors to assess than environmentally-linked targets in terms of financial materiality, he adds.

“With climate, there are international standards to benchmark to,” he tells Capital Monitor, citing the International Energy Agency net-zero scenarios as an example. Such standards “help you benchmark internationally and understand how the issuer’s targets are aligned with these broad economy-wide goals”.

With non-environmentally related targets, Mason adds, it is harder to assess against an internationally understood benchmark or peer-based targets.

Spreads on euro-denominated corporate SLBs suggest that investors are becoming uneasy with the product, according to analysis by French bank Natixis. They were trading around 3bp wider than their conventional counterparts in early November, whereas green bonds were trading 3bp to 4bp tighter, Thibaut Cuillière, Natixis’s head of real asset research, tells Capital Monitor.

Since 1 November, the spread on a 2028-maturity SLB price at 1% issued in late July by French auto parts supplier Valeo has widened 6bp against its conventional equivalent, and UK supermarket group Tesco’s 0.375% 2029 SLB has widened around 10bp against the conventional curve since early October.

It appears that, so far, investors prefer to buy bonds where the proceeds are directly and exclusively earmarked for green and/or sustainable projects. Thibaut Cuillière, Natixis

There may be several reasons for these figures, Cuillière says, but ultimately the wider spread suggests a lack of investor confidence in sustainability-linked debt. It reflects a widespread view that the 25bp coupon step-up found in many SLBs is quite limited and that many KPIs are not sufficiently ambitious or are linked to targets that are too easy to meet by the issuer or that are complex to analyse.

“When KPIs are not sufficiently ambitious or too difficult to assess, SLBs can be seen by some investors more as greenwashing instruments than green bonds themselves,” Cuillière says. “It appears that, so far, investors prefer to buy bonds where the proceeds are directly and exclusively earmarked for green and/or sustainable projects.”

Some SLBs may trade wider because of a fairly high likelihood that the step-up will be exercised, unlike in use-of-proceeds-focused bonds where there is no step-up clause, he adds.

It should be noted, however, that green bonds and loans are not immune to accusations of greenwashing either. A prime example is the $3.8bn green loan taken out by the Saudi Arabian government-backed Red Sea Development Company to help fund a new luxury resort development that will incorporate a new airport.

…but the primary market does not

All this being said, there is little evidence of concerns over greenwashing of SLBs in the primary markets. Teva took orders of $8.1bn according to Redd Intelligence, though the bonds were trading below the re-offer price this week, according to data from Cbonds.

Part of the problem is that mainstream asset managers will continue to buy these products regardless of the underlying structure or expected impact, says Brian Ellis, fixed income portfolio manager at Boston-based fund house Eaton Vance. Such companies are under constant pressure from regulators and clients to integrate ESG factors into their processes, he adds.

“That’s why you are seeing so much demand [for SLBs],” Ellis tells Capital Monitor. “For investors who would have invested in the issuer anyway, it’s not really that consequential to them what is happening in terms of the actual structure of [these bonds].”

In short, the fact that the bonds are labelled as ‘green’ or sustainable is sufficient for some assets managers to be happy to receive lower yields – regardless of the outcome of KPIs or how the money raised will be spent.

High demand for such debt is likely here to stay, Ellis says, but in the past couple of months the ESG investor community has “started to speak out a bit on these issues”. This scrutiny is even extending to funds without a lot of experience in sustainable investing, or managers that do not run dedicated ESG strategies, he says.

With continued pushback and engagement from investors, Ellis says, over time, hopefully, there will be a coalescence around standards and a focus on KPIs that are meaningful and material.

However, until such concerns start to be reflected materially by pricing in the primary as well as secondary markets, there is no effective mechanism to punish companies for missing their targets. As long as that is the case, they will likely – and understandably – continue to set KPIs that lack genuine impact.