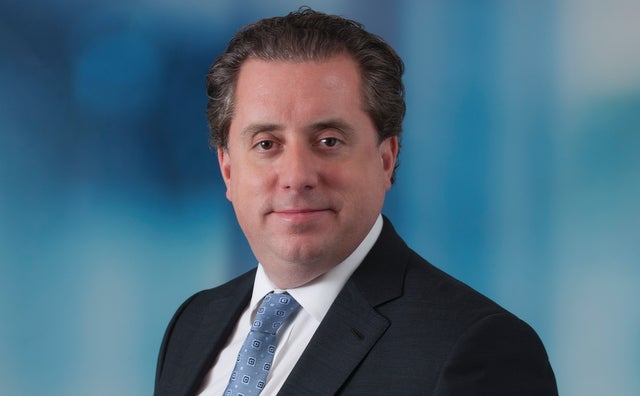 Set for launch late September, the UK’s inaugural green gilt programme will not only provide a benchmark for – and thus help drive – sustainable corporate issuance, but also set a new standard for social impact reporting. That should help boost demand for the already keenly awaited debt, as the government seeks to mobilise the private sector to finance its net-zero ambitions.

The market is, however, awaiting more detail on how HM Treasury will assess the new green gilts’ social impact and the timelines it will set for doing so.

Britain’s first green sovereign bond will launch by syndication in the week commencing 20 September and will mature on 31 July 2033, the government’s Debt Management Office (DMO) said on 27 August. A second transaction will follow in mid to late October, along with a world-first three-year green retail savings product aimed at appealing to the British public’s social conscience.

In January 2020, the head of the DMO, Robert Stheeman, had expressed doubts over the case for green gilts, questioning whether a large and liquid market would emerge and the potential cost to the UK taxpayer. But it now feels the evidence suggests that next to conventional gilts such a programme would offer “comparable value for money to the taxpayer”, the DMO tells Capital Monitor.

The primary purpose of the debt programme is to finance projects that will tackle climate change and help support the government’s environmental agenda. And it is sorely needed, as the UK-domiciled green bond market, at $12.7bn equivalent as of end-2020, is lagging well behind that of continental Europe’s $338.8bn (see graph below).

But Britain's Green Financing Framework also incorporates a commitment to support a "just transition" by reporting on the social benefits of the financing. “This is an innovation which goes further than any other major sovereign green bond programme,” HM Treasury says in emailed comments to Capital Monitor.

The social benefits of environmental investments “could be wide-ranging and positive”, it adds, citing the potential for more “green jobs” or more accessible and lower-carbon public transport.

Germany’s Green Bond Framework, by contrast, commits only to detail the environmental impact of its expenditure and will follow its inaugural report with impact updates “at least once in each bond’s lifetime”. The UK has committed to report biennially.

Meeting Britain's commitment to a 78% reduction in carbon emissions from 1990 levels by 2035 will require a fundamental reshaping of the economy. That is likely to mean the loss of many jobs in decommissioned industries.

But the government says its path to net zero will bring new employment opportunities. By 2030, it estimates, 60,000 jobs could be created in the offshore wind sector, up to 8,000 in hydrogen projects and as many as 230,000 by the programme to retrofit buildings.

With ESG-focused investors increasingly looking to measure both the social and environmental impact of their capital – and under regulatory pressure to do so – the Treasury’s commitment to report on social benefits sets a strong example for impact reporting. It also provides capital allocators with greater transparency on the government’s green agenda.

The inclusion of social benefits is one of the highlights of the framework, wrote Legal & General Investment Management in a blog post in July. The British fund house was part of a group of investors with combined assets of £10trn supporting the Green+ Gilt proposal. The paper, published in October 2020, called for the government to integrate social impact and to ensure each project has at least one measurable social benefit with a relevant social metric. For the latter, it proposes use of the International Capital Markets Association’s Social Bond Principles.

Investors focused strongly on the social impact during the roadshow for the green gilts in July, says Jean-Marc Mercier, Paris-based vice-chairman of capital markets at HSBC. The British bank and JP Morgan are co-structuring the programme.

The UK Treasury was very conscious of its potential societal benefits, he says. “They’ve applied the classic green bond principles, but also wanted to make sure that the programme aligns to levelling up the north and other parts of the UK [and other social objectives].”

The Carbon Trust, an environmental consultancy that provided a pre-issuance impact report, praised the Treasury’s wide choice of metrics, which span environmental, social and biodiversity measures. Inclusion of social impact metrics is a particularly positive and innovative move, it adds. They will include indicators such as the number of jobs created or supported and number of loans to SMEs and micro-enterprises.

But while the government says it will report on the impact and social benefits of the programme at least biennially, it is less specific on the question of how and when they would be measured.

Asked whether time frames had been set for benchmarking the impact and whether funding would be re-allocated if targets were not met, HM Treasury says there were “no specific targets associated with these reports as they are designed to provide transparency on the impacts of the government’s environmental spending”. It adds that this was in line with “current market standards”.

Annual reports around the use of green bond proceeds are “pretty standard” now; it is the impact report that investors really want to see, says Trevor Allen, sustainability research analyst at BNP Paribas. “Investors want to understand the additionality of their investments; whether they are helping governments or corporates to change strategies or reduce energy poverty.”

The Covid-19 pandemic prompted a shift in green, social and sustainability (GSS) bond issuance towards social and sustainable issuance. Green bonds had comprised 80% of the sustainable bond market; now they account for around half that, with more investment funds now incorporating a social mandate, says Parisha Saimbi, G10 FX strategist at BNP Paribas in London.

As such, the green gilts’ social element is likely to boost their appeal to investors. As are new developments in the UK such as the green taxonomy and green asset ratios for banks, both of which require institutions to disclose the portion of green or taxonomy-aligned assets they hold.

Of course, pricing will be a key factor affecting interest in the gilt programme. Demand outstrips supply for green bonds, so they often trade at slightly higher prices – and thus lower yields – than their conventional equivalents. This is known as the ‘greenium’.

BNP Paribas analysts say the likely premium for green gilts will be 2 to 4 basis points (bp), based on comparisons against related markets. The greenium for Germany’s benchmark bond, the bund, ranges from 2bp to 5.5bp, according to the French bank. Meanwhile, the greeniums on sterling debt issuance by the European Investment Bank and German state-owned development bank KfW stand at 2.6bp and 3.2bp, respectively (see graph below).

David Zahn, head of European fixed income at Franklin Templeton, says he will consider buying the UK green gilts as long as they land around 1bp to 2bp on either side of the conventional curve. He runs the US asset manager’s £78m UK gilt fund and its €127.32m Liberty euro green bond Ucits exchange-traded fund.

“Green bonds tend to issue flat or mostly flat compared to their conventional [equivalents],” he says, “but their outperformance over the next six to 12 months is fairly substantial.”

That said, while green bond liquidity is generally good at the point of issuance, it tends to dry up after six to 12 months, Zahn cautions. That is because they are generally sold to buy-and-hold investors who want to support the sustainability agenda.

However, some are unwilling to pay any form of greenium. One head of fixed income at a large European asset manager says his decision will come down to whether green gilts are cheaper than the “brown gilts” that make up his benchmark.

The UK may be innovating when it comes to the social aspect of green gilts, but it has lagged behind other countries in getting to this point. Poland issued the first green sovereign bond in December 2016. This delay has held back development of the sterling-denominated corporate bond market, say analysts.

Moreover, corporates looking to finance green projects have tended to issue bonds in the European market, which is far larger and more liquid. That is partly because a larger number of ESG-focused investors are based there and run euro-denominated strategies.

Still, with a clear benchmark, HM Treasury says it hopes to stimulate growth in the UK-based and sterling corporate green bond markets by providing a pricing reference for issuers.

“We will see more people looking at [the sterling market] if we have a green gilt,” agrees Zahn. “Will it ever rival Europe? No, because Europe is a much bigger capital market. But just as the UK corporate bond market is a good size, [so the] green bond market [will grow].”

Green gilts represent part of a broader shift to sustainable finance that will fuel an uptick in sterling corporate issuance, Mercier says. The programme is also something of a precursor to the UK’s upcoming green taxonomy, he adds, and should provide further impetus for corporates to align their financing and business strategies to the country’s net-zero ambitions.

Any such initiative is clearly welcome – and better late than never.