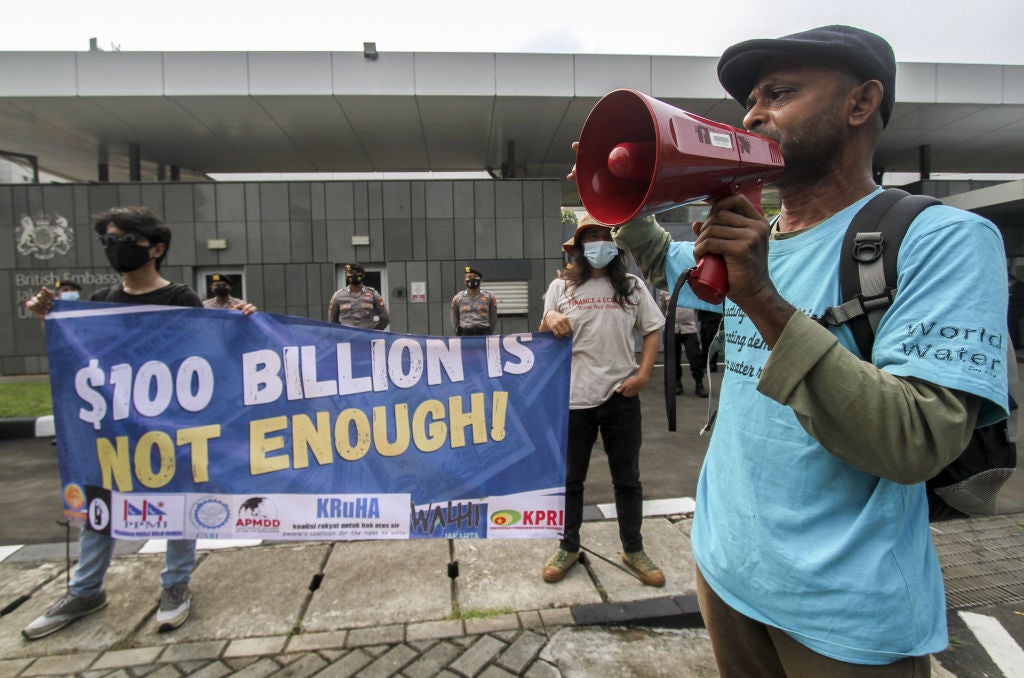 Environmental activists outside the British Embassy in Jakarta on 3 November. (Photo by Eko Siswono Toyudho/Anadolu Agency via Getty Images)

Rich countries have consistently failed to honour their 2009 promise to mobilise $100bn of climate finance annually for developing economies. That fact seems jarring when set against what is spent on fossil fuel subsidies globally every year: $450bn, according to the IMF, with G7 countries alone accounting for $100bn of that.

At 2009’s Cop15 climate summit in Copenhagen, 23 of the world’s wealthiest countries pledged to ‘mobilise’ $100bn annually to help vulnerable countries cope with the impact of climate change. They have not fulfilled that pledge in any of the years since. According to the OECD, their climate finance contribution peaked at $80bn in 2019 (see first chart below).

G20 governments also agreed at Cop15 to phase out ‘inefficient’ fossil fuel subsidies. But ‘inefficient’ has still not been explicitly defined, and the level of subsidies has remained more or less steady ever since, even in more environmentally progressive Europe (see chart below).

“Developed countries that have historic responsibility for this crisis and a legal obligation to support small island developing states have consistently shirked their responsibilities,” Janine Felson, Melbourne-based climate finance lead for the Alliance of Small Island States and a Belize representative at the UN, tells Capital Monitor.

“The unfettered ability to spend trillions on fossil fuels demonstrates that there is no want of capacity on the part of developed countries and other major emitters to mobilise funds if they deem it necessary,” Felson says. “Their failure to uphold their duties is not a case of capacity; it is a case of political will.”

Energy subsidies, which are often deeply rooted in different areas of government policy, are notoriously tricky to roll back – not least given their effect on consumers’ pockets – but it's not impossible. Between 2015 and 2020, at least 53 countries conducted some form of subsidy reform, most of which focused on taxes.

“It's really important that public fossil fuel spending is reallocated to clean energy rather than just cut off,” says Joe Thwaites, sustainable finance associate at the World Resources Institute in Washington, DC. “It’s not a straightforward task of moving money from one account to another. But if a fraction of what is spent on fossil fuels can be reallocated, it would unlock a huge amount of new climate finance.”

This is important because some countries are significantly more exposed to the effects of climate change than others. According to one study, the GDP of 65 nations in the Global South could fall by 19.6% by 2050 and 63.9% by 2100 based on current climate policies. Even in a Paris Agreement-aligned, 1.5°C world those countries would suffer a still devastating 13.1% hit by 2050 and 33.1% by 2100.

And leaving parts of the world behind can have grave consequences everywhere, as the Covid pandemic and vaccine inequity have shown in recent weeks with the spread of another virus variant, Omicron.

“The pandemic has shown us that if you don’t deal with the vulnerable as a priority, the impacts are going to be far worse for the global community,” says Felson. “And that is highly relevant to our discussions on climate.” 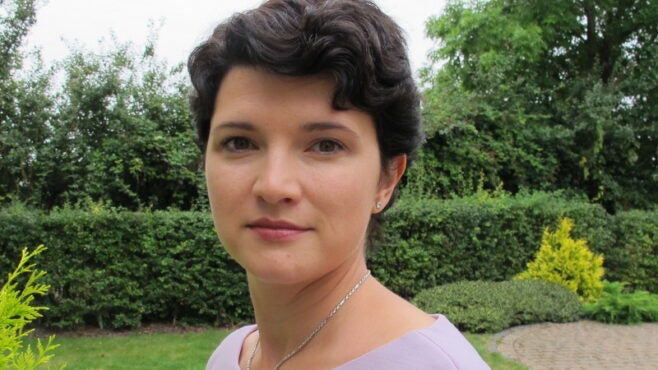 Nina Seega at the Cambridge Institute for Sustainability Leadership says that if vaccine inequality is addressed, it will be easier to direct financing to climate change mitigation. (Photo courtesy of CISL)

If developing countries are occupied with fighting the pandemic, they are not focused on climate change mitigation and adaptation, says Nina Seega, sustainable finance research director at the Cambridge Institute for Sustainability Leadership (CISL).

“We can’t expect emerging markets to devote substantial amounts of money to financing the transition without addressing vaccine equity,” she says. Before Omicron arrived, Europe was mostly at the post-Covid stage but most of Africa was mid-Covid, Seega adds. “If we can address the issue of vaccines, it will be a lot easier to direct financing to climate change mitigation.”

Investors appear to feel the same. A survey published on 30 November by asset manager Ninety One found that seven in ten (71%) of 5,000 individual investors globally said richer countries should be doing more to help poor countries to transition to net zero. But only 57% felt confident that Cop26 would lead to global alignment on the issue.

This came after 733 institutional investors, representing some $52trn in assets, in September called on governments to phase out fossil fuel subsidies.

A lack of clear definitions of what counts towards the $100bn pledge makes it very hard to find reliable data and thus to determine whether developed countries have delivered. But multiple studies, including one from the OECD, indicate that they have not.

Some countries categorise the capital promised as climate finance, others might call it humanitarian aid or something else altogether. This makes measurement difficult. While the OECD’s numbers are widely viewed as the most reliable, some believe even those are unlikely to be accurate. 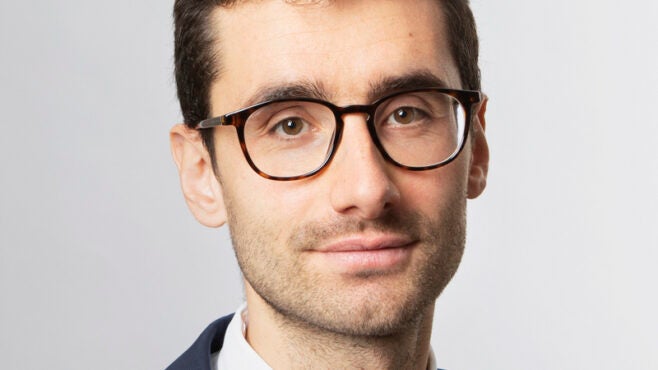 Romain Weikmans of the Finnish Institute of International Affairs says the parameters of the $100bn pledge "are so vague that it’s impossible to say whether it’s been met or not". (Photo courtesy of the FIIA)

“The pledge itself was always a bit meaningless because there was no accounting system put in place. The parameters are so vague that it’s impossible to say whether it’s been met or not,” says Romain Weikmans, senior research fellow at the Finnish Institute of International Affairs. “It’s up to each developed country to decide the allocation of its funds, and each one has its own definition of climate finance.”

Much of the money comes from export credit agencies (ECAs) – in some cases the same ones that support fossil fuel projects – and is determined on a case-by-case basis.

Canada is a case in point. The oil and gas producer is responsible for more overseas fossil fuel financing than any other G20 country between 2016 and 2019, according to the International Institute for Sustainable Development. Export Development Canada (EDC), the country’s ECA, spends around seven times more on oil and gas than on clean technology – that is, products or services that remediate or avoid environmental damage.

The government has no answer to why that is, says Eddy Pérez, climate diplomacy manager at the Climate Action Network in Montreal. “The government wants to be seen as a strong partner of developing countries but continues to use its own corporations to finance the problem itself.”

The oil and gas sector remains a critical element of Canada’s economy and “will need to play a role in the transition to a low-carbon future”, an EDC spokesman tells Capital Monitor. But EDC’s support for the sector has fallen by 35% to $8.1bn over the past three years, during which time its investment in cleantech has grown by 120% to $4.5bn.

Australia is another example of a similarly contradictory situation. Many of its superannuation funds – which oversee some A$3.3trn ($2.36trn) of assets – are pushing hard to decarbonise their domestic and international portfolios, even as the government seeks to prop up the country’s large coal industry.

While the $100bn pledge covers both adaptation and mitigation – though it lumps the two together – developing countries had hoped that Cop26 negotiations would result in a clear plan for a loss and damage funding facility to accompany it. That did not happen.

Another issue is that while the financing does include grants, loans account for a large chunk of it – 70% in 2019 – thereby pushing developing countries further into debt. Felson sees this as unacceptable.

But Jacqueline Novogratz, New York-based founder of non-profit impact investor Acumen, says it can be unhelpful to lump all subsidies together. “There’s a real difference between ‘good’ and ‘bad’ subsidies, and we need to get better at identifying when and where they are needed,” she adds.

Under current policies, for instance, up to 650 million will still not have access to electricity by 2030, according to a 2019 report by IISD. “There is no way a private company is going into one of those markets and confronting the lack of infrastructure, lack of finance and lack of trust without a level of government subsidy,” Novogratz adds.

There are many potential ways to mobilise private finance for such projects, says CISL’s Seega. They include raising credit ratings for developing countries, enhancing the role of multilateral development banks in mobilising financing and ensuring all private capital has a net-zero target.

Of course, there remain numerous challenges to combining private and public investment to flow into emerging markets, known as blended finance. Again, this is widely seen as something governments need to help address. Investors are urgently calling for them to do so.

In the meantime, fossil fuel subsidies are set to remain an issue until the majority of consumers recognise that more expensive fuel or power is a price worth paying to tackle climate change, or energy sector lobbyists hold less sway over governments – or both. That could take some time, especially in poorer countries.

Until then, governments will have to be brave to cut support for fossil fuels, as doing so may trigger bigger, angrier protests than those formed by climate activists.