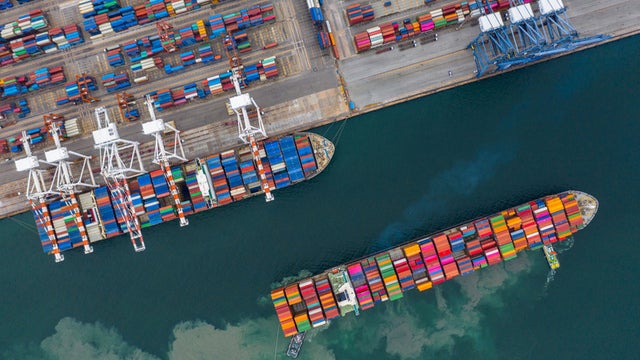 Shifting cargo: Trade agreements may make the transport of goods easier, but they have their flaws when it comes to climate action. (AvigatorPhotographer from iStock / Getty Images Plus)

Government subsidies around the world distort the energy market and slow the transition to cleaner fuels, to the tune of billions of dollars. International trade frameworks, such as the rules of the World Trade Organization (WTO), tend to perpetuate this situation. More often than not these agreements undermine governments’ efforts at climate, say trade experts – such as by preventing them from levelling the playing field between renewable energy sources and fossil fuels.

While there has been a rise in climate -related provisions in trade agreements in recent years (see chart below), such frameworks tend to say very little about harmful fossil fuel subsidies. Yet the core principles underlying them – such as the requirement not to discriminate between local and foreign manufacturers – can make it difficult to subsidise more sustainable activities.

Little effort has been made to adapt the global trading system for climate action. World Economic Forum report

This is a problem because the odds are already stacked against renewables. In 2017, renewable energy providers received direct subsidies of around $166bn globally, compared with $447bn that went to fossil fuels. The figure is far higher when implicit subsidies – such as the cost of air pollution’s negative implications on society – are included, say researchers. Some estimates put combined subsidies for fossil fuels at 20 times those of renewables.

While there are 14 disputes linked to renewables listed on the WTO’s website, fossil fuel subsidies have been left largely unchallenged, despite the proven distortion effect they can have. There are a few reasons why.

One is incredibly human: trade negotiators and climate negotiators do not talk to each other very much, says Matthew Bell, joint head of public policy at consultancy Frontier Economics and former chief executive of the UK’s Climate Change Committee.

While climate negotiations are led by the United Nations and typically involve environment and energy ministers, trade policy talks are held at the WTO and conducted by trade ministers. And “little effort has been made to adapt the global trading system for climate action”, says a September 2021 report by the World Economic Forum (WEF).

“In the next five to ten years, we’re going to see a much greater intersection between the two though,” he adds, “and that’s positive because free trade agreements present an interesting opportunity to serve our climate objectives.”

So what needs to happen? To make trade policy work for the climate, governments and policymakers will need to better understand how corporates’ emission-reduction plans work both operationally and across their supply chains, says the WEF report, which contains the views of 30 global companies.

In the next five to ten years, we’re going to see a much greater intersection between carbon measurement and supply chain accounting. Jeremy Stewart, Clifford Chance

The report identifies conventional trade policy issues, such as tariffs on environmental goods and market distortions such as fossil fuel subsidies, and emerging policy issues that will become more relevant over time. The latter include attempts at levelling out unaligned climate policies in different jurisdictions, the importance of emissions-based price signals, and stronger policy tools like carbon border adjustments.

The problem with trade agreements

Typically, such things are made easier by new bilateral or unilateral agreements. A 2019 deal between Costa Rica, Fiji, Iceland, New Zealand and Norway committed members to phasing out fossil fuel subsidies and to removing barriers to trade environmental goods and services. It has limited reach for now but does provide a potential blueprint.

Yet such agreements can also be harmful. The UK reportedly dropped commitments to the Paris climate change agreement under pressure from Australia as part of a trade deal between the two countries this year.

The WTO does not make things any easier, in part because its rules have not changed since it was established in 1995. And they are broadly based on the principles that governed the post-Second World War free trading boom. The rules tend to consider trade in isolation, and any change would require consensus between its 164 members, including emissions-heavy China, Russia, Saudi Arabia and the US. 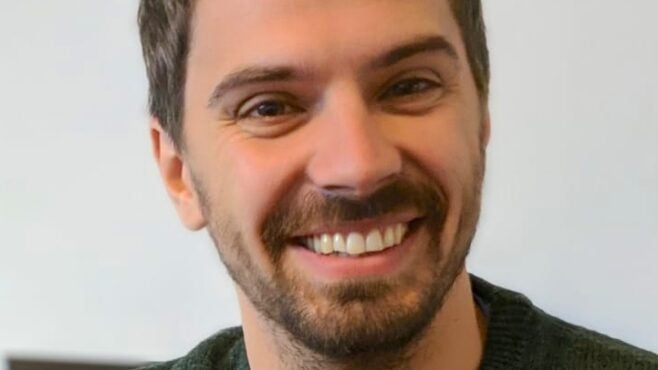 Tom Moerenhout of the International Institute for Sustainable Development says there is little appetite to reopen WTO negotiations, despite the fact they’re outdated. (Photo courtesy of IISD)

“WTO rules are seen as a Pandora’s box – there is very little appetite to reopen the negotiations, despite the fact they’re incredibly outdated. The world has changed hugely in the past 30 years,” says Tom Moerenhout, associate at the International Institute for Sustainable Development in New York. “The WTO courts are obviously aware of the need to merge trade with environmental policies, but they’re struggling – there’s only so much they can do within the set rules.”

Besides, while there is a dispute process, WTO rulings lack teeth and member nations often ignore them. There is arguably no organisation more representative of globalisation than the WTO. And a general pushback against the principles of global trade, particularly in the US during the Donald Trump years, has undermined the organisation somewhat.

Bell says trade and climate policy will need to be more interconnected as the gap between countries’ emission levels widens. Essentially, nations measure their Paris Agreement progress on production-based emissions, without taking into account those embedded in trade.

That’s particularly relevant for countries such as the UK, which imports most of its carbon-intensive activities and so should be focused on consumption-linked environmental policy, such as taxing meat purchases or flights. The inverse is true of net exporters such as China.

Technically, international trade agreements provide a venue for balancing such nuances – though this has not been the case so far (see chart below).

“One consequence of some countries being very ambitious in climate terms is the risk that they have to import their carbon-intensive goods rather than manufacture them,” says Bell. “So there is a role for trade policy to ensure that decisions about the location of manufacturing and related activities is not affected by differential costs of carbon.”

Of the 14 renewables-linked disputes listed on the WTO’s website, most concern ‘domestic content’ requirements. This refers to governments’ introduction of feed-in tariffs, which are largely credited with rapidly driving down the cost of renewables and include a requirement for the materials to be produced locally.

For instance, India has an ambitious plan for all new vehicle sales to be electric by 2030, requiring millions of lithium-ion batteries. India has a domestic content requirement for battery manufacturers – but Chinese manufacturers have an almost global monopoly on batteries.

Moerenhout believes this could be a major source of future WTO disputes. “It’s a perfect example of older rules not being adapted for the energy transition, which is dragging down the pace we need,” he says.

It is also important to balance the economic efficiencies of manufacturing goods where costs are low against the environmental and social implications of globalisation. Trade policy is “eerily quiet” on emissions associated with transport, says Moerenhout, even though shipping makes up a growing portion of total CO2 emissions.

CBAMs: the next big WTO dispute

While the few emissions trading systems already in force are generally seen as compatible with trade agreements, carbon border adjustment mechanisms (CBAMs) are less clear. A CBAM, which has been mooted so far only by the EU as part of its Fit for 55 package under the European Green Deal, is a tariff on imported carbon-intensive products, levied at the border.

The EU’s CBAM is expected to take effect in 2026 – but it is highly likely that first it will be challenged at the WTO, says Moerenhout. A successful WTO dispute for the complainant typically ends in one of two ways: either the policy measure is withdrawn or the complainant is permitted to implement its own proportionate measure. This means other governments are likely to retaliate with their own carbon tariffs.

Ultimately, “heavy” trade policies, such as tariffs, should be harmonised and consistent across jurisdictions, says Clifford Chance’s Stewart. He cites the examples of a CBAM versus measures to restrict fossil fuel exploration. “Both contribute towards emissions reduction but in very different ways, and that makes it much harder to do business.”

The WTO’s website says its members are working to eliminate trade barriers for environmentally positive goods and services, such as wind and hydropower turbines. There are also multilateral conversations on subsidy reform taking place – even US President Joe Biden is interested, though he is struggling for his own reasons. It is less clear whether international trade agreements, as they are currently negotiated, are the right tool to get there.