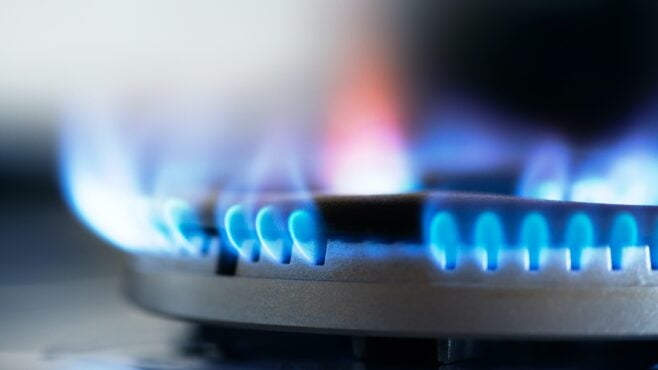 Burning issue: gas is set to be a transition activity. (Photo by kamisoka / iStock)

When EU lawmakers first tabled proposals for a sustainable taxonomy in 2018, the burgeoning green finance community was exuberant. It was variously hailed as the end of greenwashing, part of the solution to the climate crisis and the world’s first green gold standard. Yet the taxonomy’s development has predictably been hampered by aggressive lobbying and political infighting. This came to a head on 2 February, when news broke that both natural gas and nuclear energy would be included as transition activities.

What should have been a process of interest to few other than technical experts became a proxy battle for the future of the European economy, exposing bitter divisions between member states, such as pro-nuclear France and pro-gas Germany.

To be clear, exclusion from the EU Taxonomy does not mean an activity is banned; it simply marks it out as considered non-green by the authorities, thus theoretically less attractive as an investment.

On one level it is simply a voluntary categorisation system that can be ignored; on another it is a powerful tool for channelling the wall of capital seeking sustainable assets into certain activities. The taxonomy effectively provides a legislator-approved green stamp for any investment included. In that sense, there was a lot riding on this.

We don’t see there being a dramatic shift in capital allocation towards nuclear and gas activities. Tonia Plakhotniuk, NatWest Markets

It is now clear, however, that reaching a consensus on which activities are in fact sustainable – a clearly stated aim of the taxonomy – remains out of reach.

In the financial sector, a clear divide is emerging between market participants who say they will largely disregard the taxonomy and maintain their existing exclusion policies – such as the European Investment Bank – and those, including big fund managers, who are grateful for what they say is much-needed clarity. Ultimately, the move does away with tough decisions that many firms may have had to make on financial exposure to gas or nuclear power.

“Investors will still consider holistically the types of activities companies are involved in, including whether they have a transition plan,” says Tonia Plakhotniuk, vice president for climate and ESG capital markets at British investment bank NatWest Markets.

“It’s not going to be as black and white as it seems, and investor assessment will also vary depending on the sophistication of the investor,” she adds. “We don’t see there being a dramatic shift in capital allocation towards nuclear and gas activities [because of the taxonomy], but the increased transparency coming with the new law will help to identify whether there will be such a shift.”

NatWest Markets’ research finds only 16% of 176 European asset managers and owners already have either full or partial exclusionary policies for nuclear, compared with 40% that exclude coal investments and 23% that exclude oil and gas (see chart below).

The biggest impact will be for asset managers with a less stringent view on such investments, she says. Edwards cites companies that manage ‘light green’ funds, or products categorised as Article 8 under the EU’s Sustainable Finance Disclosure Regulation (SFDR), which are relatively flexible as to the assets they can invest in.

“The funds that were previously not compliant with the taxonomy due to natural gas and nuclear allocations could now make use of the green credentials,” Edwards adds.

Similarly, 'dark green’ (SFDR Article 9) funds will now be able to market themselves as going further than the taxonomy, Edwards adds, “but this was already the case for some of the more controversial categories anyway, such as bioenergy”.

Certainly it seems the importance of the taxonomy inclusion of gas and nuclear for some asset managers is how it affects fund sales and marketing. 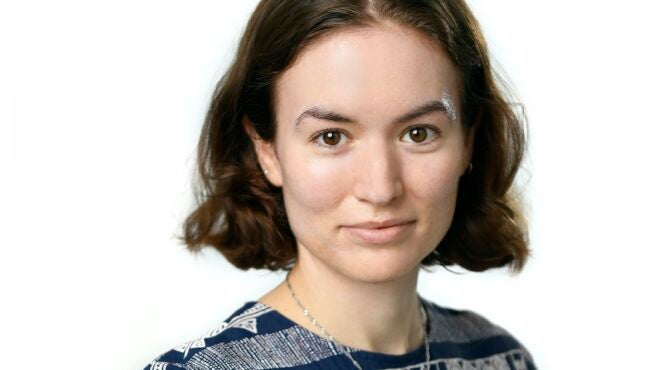 Isobel Edwards of NN Investment Partners says funds previously not compliant with the taxonomy due to natural gas and nuclear allocations could now make use of the green credentials. (Photo courtesy of NNIP)

A spokesman for a multi-trillion-dollar fund house, speaking on condition of anonymity, says it does not really matter to his company what is included in the taxonomy. “We would never take a view on the environmental merits of one fuel over the other, so the taxonomy gives us clarity, which is undoubtedly good.”

The inclusion of gas and nuclear in the taxonomy ultimately means that more of the firm’s funds qualify as ‘sustainable’, which he welcomes.

And yet this position appears at odds with his own company’s position as a member of the Institutional Investors Group on Climate Change (IIGCC) – something that seems likely to be the case for its fellow signatories.

The IIGCC – the largest climate-focused investor group globally, with its 375 members representing around €51trn ($58trn) in assets and including the unnamed major global fund house – published an open letter to the European Commission in January requesting that gas be excluded from the final text.

But since it has been included, investors “may now need to consider going further than the taxonomy requires in order to align with net zero”, says IIGCC chief executive Stephanie Pfeifer.

Is the EU taxonomy a big deal for banks?

For banks, what is in the taxonomy matters because it determines how they report their own sustainable lending volumes. Over time this disclosure will translate into a score – the Green Asset Ratio and, more recently, the Banking Book Taxonomy Alignment Ratio – indicating the lender's level of alignment with the taxonomy. This will provide investors and regulators with a single metric for the greenness of a bank’s balance sheet. Hence banks can now label loans to gas companies as sustainable financing, much to the dismay of environmental groups.

That said, the progress some lenders have already made on implementing their emission-reduction pledges arguably limits the impact of the taxonomy overall.

“The thing that’s going to drive us is our net-zero commitment, which all the other big banks have also made,” says the government affairs director at a large US corporate and commercial bank who declined to be named. “We’ve got a hard number to aim for, which is zero for our Scope 3 financed emissions by 2050. Taxonomy alignment is a bonus, but it’s not what ultimately matters.”

Taxonomy alignment is a bonus, but it’s not what ultimately matters. The government affairs director at a large US bank

Lenders’ clients will still have to show that they have a transition plan that aligns with that of their creditors, he adds.

NatWest’s Plakhotniuk supports this view. “It’s unlikely that we’ll see green money moving away from renewables and flooding into gas exploration and the clean energy transition impeded as a result,” she says. “We are at the stage where investors would not support it at scale, as this could infer reputational damage, at the least.”

But the inclusion could be a “door opener” for nuclear, the government affairs director says. Investors without a clear policy who want to add utility stocks to their portfolio for a more dependable return can now do so and say they are still green, he adds.

In addition, gas and nuclear power companies may now sell green bonds, a market from which they were previously excluded. Some gas companies are reportedly already in talks with their bankers, and 2021 saw a nuclear green bond sold by Canadian energy company Bruce Power.

The picture could be further complicated by the fact the UK is working on its own taxonomy. Based on the British government’s recent funding of new nuclear projects, a source close to UK taxonomy development says nuclear is likely to be included but gas, for now, is not. Many believe the EU's move will put a dent in its aim to have a world-leading taxonomy, considering that even Russia’s proposal does not currently include gas.

Admittedly, the European Parliament still has to vote on the inclusion proposal, but most expect the final version to look largely how it does today, says Paul Schreiber, campaigner at non-government organisation Reclaim Finance, which has been lobbying for the exclusion of gas and nuclear from the taxonomy. In fact, the organisation will launch a campaign to ask financial institutions to exclude both fuels from their 'dark green' funds if they are ultimately included, he adds.

Whatever the outcome of the taxonomy debate, it appears to have created more divisions than it has healed.