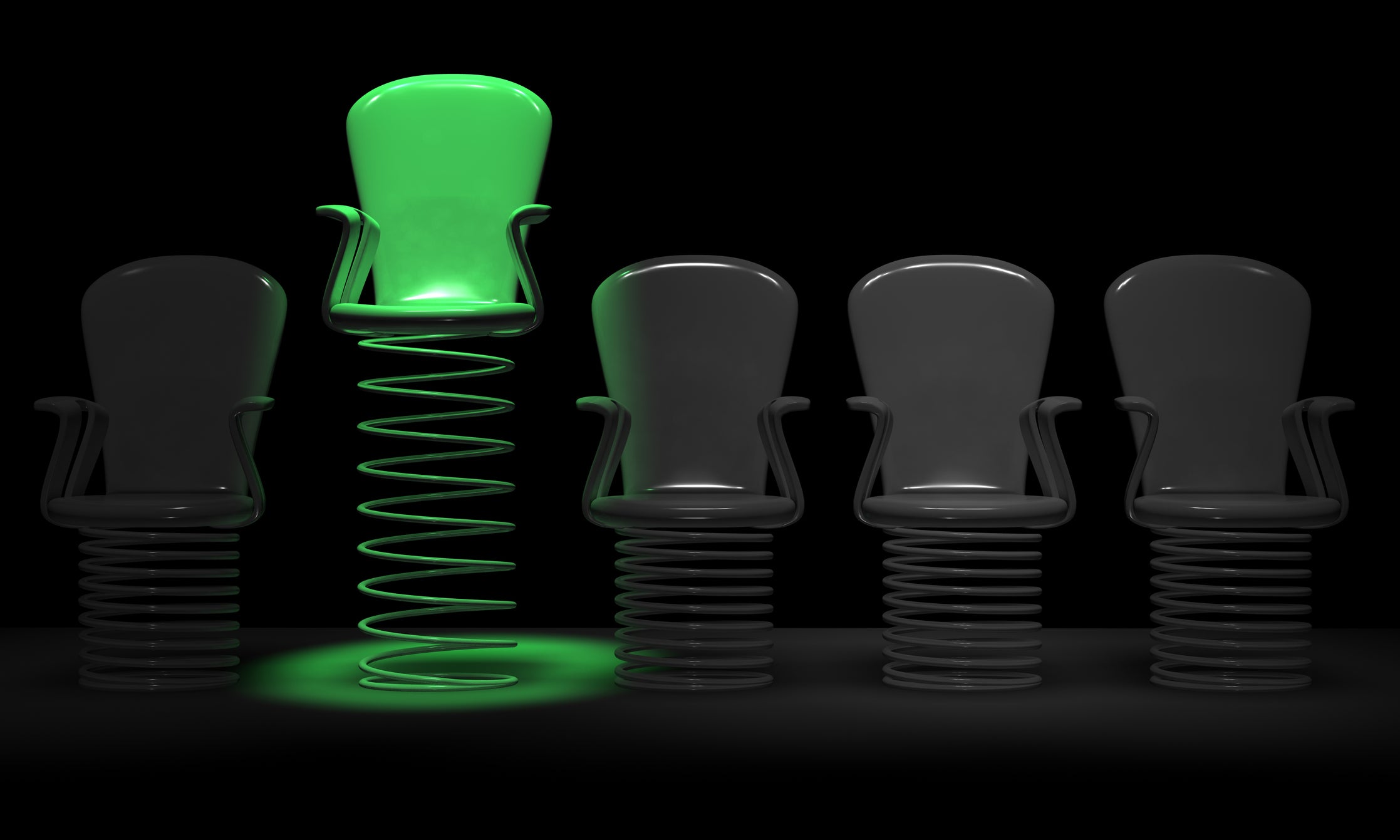 Chosen one: Companies may in future have to designate an individual as responsible for their climate strategy and risk. (Photo by Kronick via Getty Images)

In the years following the financial crisis, regulators identified an issue with decision-making within banks: there were too many people doing it, making it difficult to assign individual responsibility. Reporting lines were not clear enough, so the buck did not stop anywhere.

In the UK, the solution was the Senior Managers & Certification Regime (SMCR), which came into force in March 2016. It emphasises personal responsibility and in extreme cases allows for criminal prosecutions to be brought against banking and investment executives who make decisions without following proper procedures. Hong Kong regulators introduced similar legislation in 2017.

Those working in banks say the culture has changed since the crisis, in no small part due to the way they are now regulated. Individuals are more conscious of their own liability when making decisions and, thanks to the SMCR, the role of senior managers in setting culture from the top is much clearer.

Similarly, while the circumstances are different, it is difficult to assign responsibility within companies for environmental claims today, just as it was for conduct in the past.

Most chief executives will be long gone by the time deadlines for emission-reduction targets roll around. Given the clear incentives to make ambitious pledges now with relative impunity, scepticism understandably abounds around such commitments.

Regulators are now looking at expanding the regime to address climate risk specifically by requiring banks and investment firms to designate an individual as responsible for the company’s climate strategy and risk profile. In 2019, the UK’s Prudential Regulation Authority (PRA), which supervises financial services firms, set out its expectations to that effect: financial institutions have until the end of 2021 to comply. 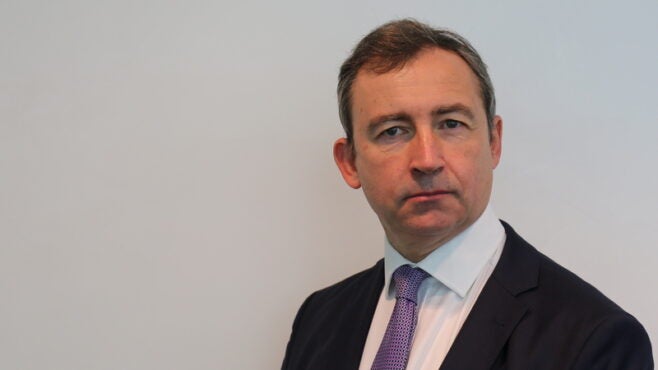 Tim Skeet, a veteran London banker, is keen to see “an accountability framework that goes well beyond the court of public opinion”. (Photo courtesy of Tim Skeet)

This makes sense, given the unprecedented threat to financial stability – and life itself – posed by climate change.

“I don’t see why any senior decision-maker across our economy should not be subject to some kind of accountability framework that goes well beyond the court of public opinion – and that includes politicians,” says Tim Skeet, a banker who has spent 40 years in the City of London. “We want accountability – we’ve all seen what happens when there isn’t any.”

The government has also made clear that there will be mandatory climate disclosure rules for non-financial companies from 2025, but there is a case to be made for the SMCR to be expanded beyond the financial sector too.

Some banks are moving to get ahead of any potential regulatory change, says Matthew Banham, London-based partner at law firm Dechert. “There may not be a formal requirement under SMCR to have an ESG senior manager, but… governance structures addressing how the bank manages its own risks are starting to appear.”

However, Banham suggests the lack of consistency of ESG data may make it challenging to map their risks across clients, and indeed to manage and test the structures.

But ultimately, he says, these governance structures are likely to mean major polluters will face rising borrowing costs and tighter restrictive covenants.

“Banks will have to demonstrate that they have the tools to map how many green bond issuances are occurring compared to conventional [issuances], and how they’re going to promote that in future,” he says. “Banks are already wrestling with it, but we are also going to see FCA [Financial Conduct Authority] scrutiny in due course.”

That may come as soon as the first quarter of 2022, says Rachel Kent, head of the financial institutions group at law firm Hogan Lovells. “If I were responsible for oversight in a bank or investment firm, I’d be thinking long and hard about how I manage ESG and who in the business is accountable for it.”

But the principle of accountability is already very much present for corporate directors, says Julie Baddeley, chair of the board of Chapter Zero, a UK-based non-executive director membership body helping to address the impact of climate change.

“A lot of companies are taking this incredibly seriously,” she adds. “It’s always been the case that targets outlive individual board members’ tenure. It’s not the case that directors make commitments now because they won’t be there when it comes around.”

Banks: the best “arbiters of green”?

It is right that regulators scrutinise banks making environmental claims, says Skeet. But he is concerned that financial services executives are being indirectly made the “arbiters of green”, despite the fact the sector does not directly generate as much in carbon emissions as certain others.

“Everyone is pointing at the finance sector and saying it needs to be accountable for ESG – and yes, we should do our due diligence and talk to clients about how they are transitioning [to a low-carbon economy],” he says.

“But much of this is the job of government and regulators, not finance. We need a lot more help from them in providing the frameworks and models [for measuring risk and reducing emissions], particularly in creating a plan for energy companies.

“We need proper regulations that apply to all public and private companies that specify what’s required of them, and a proper verification process. And that’s not for banks to do. That’s for governments.”

Focusing on banks and the clients they lend to can lead to unintended consequences, Skeet adds, such as companies offloading highly polluting assets onto private equity firms, which have little in the way of transparency and reporting obligations.

Indeed, much of the big-ticket environmental legislation so far has largely been focused on the financial sector, particularly in the EU – though this is now changing with initiatives like the Fit for 55 package. The sustainable taxonomy will hit the real economy, but aggressive lobbying from member states and corporate groups has slowed progress. A government-appointed taskforce is working on the UK’s own taxonomy, but details are still scarce.

Britain’s financial sector is indirectly responsible for 1.8 times the UK’s domestically produced emissions, but is no less prepared for the transition to net zero than other sectors, according to research published in September by insurance group Zurich and the University of West England. Manufacturing, construction, transport, mining and agriculture all fare considerably worse (see table).

There are some accountability measures contained in the UK’s Companies Act and the Corporate Governance Code, which was last updated in 2010. But these go nowhere near as far as the SMCR.

As mentioned, the government is also planning new climate disclosure requirements for all companies, in line with the Taskforce on Climate-related Financial Disclosures (TCFD) standards, on which an update is expected this month. One proposal is that a director must sign off on a company’s TCFD report, introducing some personal responsibility. Some firms – likely larger listed companies – will have to set out their governance arrangements around climate risk more extensively.

But these proposals are not sufficient, says Charlie Kronick, senior climate adviser at campaign group Greenpeace UK. “The logical conclusion, if we all believe the science, is to regulate institutions so they are mandated to align with a 1.5-degree world,” he adds. “But the government seems to think TCFD reporting is adequate.

“It’s very difficult to hold individual companies or people to account because there are so many – but the regulatory structures are there. Pretty much no government is using them.”

Yet Baddeley argues that directors are acutely aware of their liability for the climate risk commitments they make publicly.

“Once a company has gone public with their net-zero commitment, they are answerable to it,” adds Baddeley, who has served on 18 corporate boards. “It might not be legally binding, but we would certainly regard it as binding on us as directors.

“In my experience, board members are very, very aware that anything they say publicly will be scrutinised – whether that’s in court, by their workforce, investors, or increasingly, their customers.”

Yet the fact remains that directors cannot legally be held to account if regulation is not in place. And that tends to maintain focus on ensuring commitments are honoured – even if they are decades away. The rules will not forget.