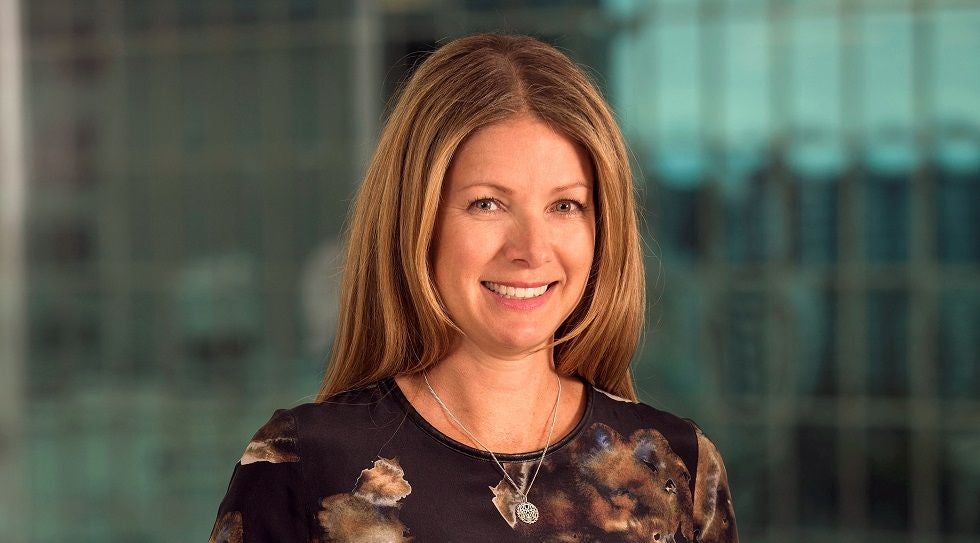 New Zealand Superannuation Fund (NZ Super) has established an enviable reputation for its commitment to carbon emissions reduction in its NZ$58bn ($40.7bn) investment portfolio among its sovereign asset owner peers in Asia-Pacific and also globally.

Hence other investors – along with fund houses and other service providers – will note with interest the state institution’s move to raise its focus on climate impact investing and measurement.

A key focus is renewable energy-related assets, where NZ Super is below its allocation target. This will include consideration of earlier-stage development projects. The fund is also moving to more closely assess impact investment managers in this space.

NZ Super acknowledges it still has work to do to match its vision for how the market for climate and renewables investments will look in ten years’ time. Among other things, it has undertaken a new sustainable finance strategy, implementing recommendations made to its board in June this year.

It is becoming increasingly important to get in at the development stage of [climate-related projects]. Del Hart, NZ Super Fund

Capital Monitor spoke to Del Hart, head of external investments and partnerships at NZ Super, about its progress in renewable energy investment and why some such assets may be under-priced despite huge demand for them.

First, some important context. The fund assesses its entire portfolio for climate impact. New Zealand was the first country in the world to require its financial sector, listed companies and Crown financial institutions to report on climate risks, under the Task Force for Climate-related Disclosures (TCFD) framework. So NZ Super’s work is a reflection of a community concern for the environment.

It is essentially a pension reserve fund, set up to smooth the cost of future government superannuation payments. With no withdrawals scheduled until 2035 and no substantial outflows likely until at least 2050, the institution has formulated a long-term investment strategy. It includes a range of global equity mandates, absolute return strategies and infrastructure investments.

The core element of NZ Super’s climate strategy is to reduce the carbon intensity of its investments and its exposure to fossil fuels (see table below). In 2016 the fund set to cut its portfolio’s emissions intensity by 20% and its ownership of fossil fuel reserves by 40% by 2020. Then, in June 2017, its passive global equity portfolio (constituting 40% of the fund) underwent a low-carbon transition, with NZ Super selling holdings in 297 companies.

NZ Super met its 2020 targets a year early and has now set more ambitious goals. It is aiming by 2025 to reduce the emissions intensity of the portfolio by 40% and to cut fossil fuel reserves by 80%, both from their 2016 levels.

Various other asset owners are taking a similar approach in setting feasible, relatively short-term emission targets – both in Australasia (such as Aware Super and Cbus Super)  and elsewhere (such as Norway's sovereign wealth fund and Canada's Ontario Municipal Employees Retirement System).

NZ Super achieves its targets by applying a bespoke carbon methodology to its physical passive equity holdings. The investment team uses a carbon short swap to net out exposure to any companies with high-carbon reserves in which the fund might incidentally take a position. The benchmark it uses for the swap is an optimised version of its stock exclusion list, a NZ Super spokesman says. "Where there is no borrow [available] on the security, we will use a proxy of correlated securities."

The fund also asks managers that run its quantitative multi-factor strategies to match its carbon-reduction targets.

From this year, the investment team has sought to drill deeper, to intensify the search for renewable energy opportunities globally and to focus especially on impact. NZ Super has renewed its focus on seeking out climate change impact investments, Hart says, after it fell short of its original ambitions on this front, as set out in its original 2016 climate policy.

Although the fund has been looking at opportunities via asset managers for some time and has found some interesting investments, she adds, it has not met its 3% allocation target.

That is partly because some of the early funds were simply not big enough.  “A lot of those new impact funds are quite small [below $500m], and then the mega buyout funds came in [from firms such as Brookfield, Carlyle and Silverlake],” Hart says.

We have been filling out questionnaires for PRI every year, and this year they put in a question on impact, so that’s a signal that there’s an expectation. Del Hart, NZ Super Fund

But she was a “bit nervous” over whether the latter types of strategies were simply products launched to meet investor demand “without really having a thoughtful underlying process”. So the fund is “really digging into how they are making their investment decisions”.

Hart believes there is a lot NZ Super can learn from how managers measure impact. “[Measurement of impact is] something I’ve been particularly interested in as I’ve been following some of the offshore funds such as the TPG Rise and some of the buyout managers that have been raising impact funds, and the likes of Generation Capital."

“A key aspect in how we think about new investments is ‘intentionality’,” she adds. In its initial screen of new investments, the fund will "test the extent of intentionality of the asset manager’s team" to target an investment outcome and a social and environmental outcome – and how it will measure and report on that over time.

On top of its work with asset managers, the fund also engages directly with companies to help them cut emissions and find new opportunities in alternative energy, energy efficiency and transformational infrastructure. Such investments to date have been largely into a US portfolio of large-scale wind and solar power assets.

Since 2016, NZ Super has co-invested with New Zealand infrastructure investment company Infratil in renewables platform Longroad Energy Holdings. The fund has a 40% stake in the development-focused operation.

NZ Super launched a similar development platform in Europe at the end of 2019, says Hart, but has found it harder to build it up as a result of both the Covid-19 pandemic and the greater competition in Europe for such assets.

“A key driver [of these investments] is that markets may not be reflecting longer-run thematic influences – including developing technologies, broad-based political support for reducing emissions and infrastructure development – leading to systematic under-pricing of energy assets [in Europe and the US],” Hart says.

The near-term plan is a continued focus on deploying capital in the US and European markets, “where there’s a tailwind from government policy and we are confident that we can get scale”, she adds.

NZ Super has expanded its environmental investment strategy this year to include “anything related to decarbonisation and climate-transforming industries”, including climate technology, Hart says. For instance, it is looking at a US-based manager of a climate tech fund, hydrogen alternatives and waste-to-energy.

“As new technologies come through, we expect this opportunity set to broaden,” she adds.

It is becoming increasingly important to get in at the project development stage, Hart says. “Some of these areas are becoming expensive as more capital is looking to invest in ESG opportunities, which is particularly true of small-scale renewable operating platforms.”

Hence NZ Super is considering going into more European and US greenfield construction projects, which would pose higher investment risk. it already has exposure to exposure to such assets via its purchase last year of a 20% stake in Galileo Green Energy, a Zurich-based renewable energy developer.

Such investments will of course require detailed assessment, particularly as trustee boards are asking for more granularity on measuring the sustainable impact of investments, as pension funds in Australia and New Zealand ramp up their climate change focus.

NZ Super’s approach to measuring the impact of its responsible investment programme has three core components: stakeholder engagement, improving ESG performance and positive investment. It is closely aligned to the UN’s Principles for Responsible Investment (PRI).

“We have been filling out questionnaires for PRI every year, and this year they put in a question on impact, so that’s a signal that there’s an expectation,” Hart says.

As part of its new impact programme, NZ Super’s board received strategy recommendations in June, including one for the extension of the fund’s sustainability activities.

NZ Super’s board received strategy recommendations in June, including one for the extension of the fund’s sustainability activities.

Hence the board approved a new sustainable finance strategy that focuses on ways to improve the overall ESG performance of the portfolio and on scaling up investments with clear positive social and environmental impacts, Hart says.

NZ Super is working to identify areas where it can invest to support the energy transition and incorporate climate change into its investment analysis, she adds. These include measuring the carbon intensity of investments, incorporating climate change risks and scenario planning into valuations and underwriting, and positive screening for new investment activity.

So far NZ Super has achieved a 40% reduction in the emissions intensity of its portfolio and a 90% reduction of exposure to emission reserves since 2016 without negatively impacting returns, Hart says.

But there is still work to be done. “The energy transition will require new infrastructure in renewable electricity generation, transmission, storage, transportation and industrial processes, with government policies and stimulus packages likely to target these areas of investment.”

NZ Super has incorporated scenarios into its framework that reflect the uncertainty associated with the transition, paying attention the physical risks and opportunities, Hart says.

The renewables focus dovetails with the broader portfolio, in particular with infrastructure assets. “We define target exposures for each objective we set. In renewables, we are well below that target, so we have linked this more closely to infrastructure,” Hart says.

In addition, the fund has brought in a senior adviser for infrastructure with a strong focus on renewable energy. Josie McVitty joined in March from Actis, a private equity manager focused on emerging markets.

The previous target for renewables was around 3% of the total portfolio. As from March, renewable energy sits within infrastructure, and NZ Super is considering raising its infrastructure target to take that into account, though it has not decided a new number as yet.

Maintaining such an adaptable climate investment strategy appears key these days. Going by the latest report from the Intergovernmental Panel on Climate Change, issued last week, the speed at which the environment is deteriorating is outpacing even some of the most pessimistic forecasts.

An asset management and Asia-Pacific reporting veteran, Richard lives in New Zealand.
Websites in our network