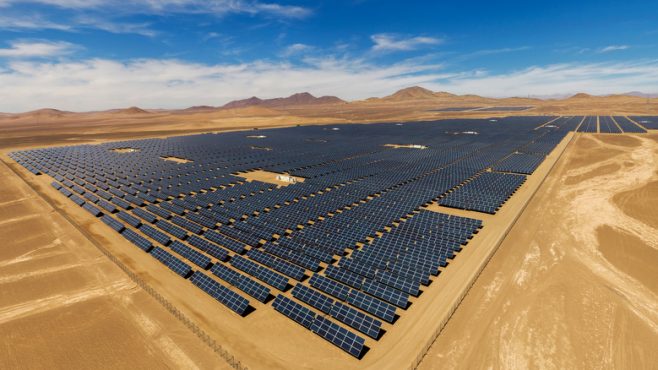 Enel’s Chañares solar field in Chile has a capacity of 40MW. (Photo courtesy of Enel)

With energy companies under growing pressure from regulators, shareholders and the general public to cut emissions, they could do a lot worse than look to Italy’s Enel for guidance on how to make their businesses more sustainable.

The notoriously green power company, which invented the sustainability-linked bond (SLB), has just sold the world’s biggest such issue. Alessandro Canta, Enel’s head of finance and insurance, gave Capital Monitor the low-down on the €3.25bn ($2.7bn) deal and outlined plans to expand its proportion of sustainable funding and its renewable energy portfolio.

At least 90% of Enel’s new capital expenditure must now be aligned to sustainable activities, up from 58% last year, he says. And it is aiming for 48% of its funding to come from sustainable finance by 2023 and 70% by 2030.

“A sustainable company is less risky, more profitable and more resilient,” Canta adds. Indeed, in March Enel reported a 9% rise in profits to €5.2bn despite a 19.1% slump in revenues to €65bn. The jump in net income was driven by the 3.1GW of renewable energy capacity it added last year, and it expects to add more than 5GW this year. 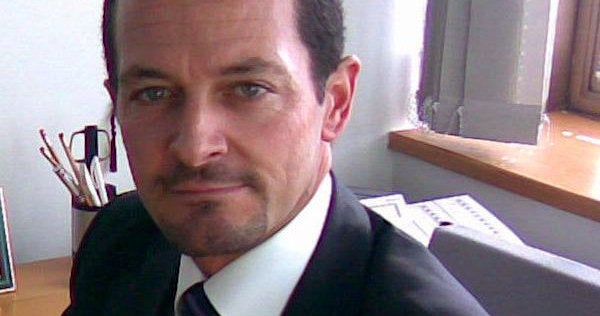 Alessandro Canta of Enel: Shutting down the company’s coal power plants will be the biggest contributor to achieving its net-zero emissions target. (Photo courtesy of Enel)

In the face of a huge and rapid rise in concern over climate change, energy producers have been forced to address their business models and seek to implement strategies that will help the world transition to a low-carbon economy.

In 2010, companies in the energy, utilities, materials and industrials sectors accounted for a third of the number of stocks in the US’s S&P 500 index. But by the end of last year their share had halved to 16%, finds consultancy Bain & Company in a report, ‘Navigating the Energy Transition’, released on 25 June.

Moreover, Bain adds, the top five oil and gas supermajors combined have shed around $200bn in market capitalisation since 2015, compromising their ability to fund change at the scale and pace required. Recent high-profile episodes at Chevron, ExxonMobil and Shell will attest to the heightened level of investor and regulatory scrutiny on oil and gas producers.

As a result, the cannier energy and natural resource companies are looking to show investors how they have changed their operations, adapted their products, and are “getting positive results in revenues and capex profiles”, the Bain report says. It cites examples such as Danish power company Ørsted and Norwegian state-owned petroleum refining company Equinor.

Rome-based Enel falls squarely into the category of energy companies that have successfully transformed themselves and has thereby remained a favourite of investors.

The largest electricity and gas producer and distributor in Italy was an early advocate of renewable power, having built the world’s first grid-connected solar field in Sicily in 1981. By 2004 it had entered the Dow Jones Sustainability Index.

And, less than two years after issuing the first-ever SLB in September 2019, Enel printed its new landmark SLB in early June this year. It easily outstripped the previous record holder – a €1.85bn eight-year SLB printed by Swiss pharmaceutical company Novartis in September 2020.

To meet the second KPI, Enel must increase its renewable capacity to 55% by the end of this year, 60% by the end of next year, and 65% by 2023 (see chart below). This KPI was particularly well received by investors, of whom the company meets more than 1,000 a year, Canta says.

There will be a 25 basis points (bp) step-up in the bond coupon if the targets are not met.

“KPIs have to be ambitious, representative of your strategy, and tested by third-party evaluation,” Canta says. Vigeo Eiris provided the second-party opinion for the deal.

While the coupons priced below that of Enel’s bond curve for the same maturity – around 15bp to 20bp lower than where a conventional bond would price – the new bond priced off Enel’s sustainability curve, says Canta.

There was a small new issue premium of 5bp to 10bp across the three tranches, say bankers close to the deal. As evidence that the bond had priced at a correct level, Canta points to the lack of movement in the secondary market. After the deal had priced, the first tranche was trading flat, the second tranche 2bp tighter, and the longer tranche 1bp wider.

KPIs have to be ambitious, representative of your strategy, and tested by third-party evaluation. Alessandro Canta, Enel

The vast majority of investors in the bond were European asset managers, followed by banks and private banks. There was also “a very limited participation” of hedge funds, says a banker close to the deal.

One participant was AkademikerPension, Denmark’s DKr128bn ($20.5bn) pension fund for the academic sector. “We always look at new bonds and this obviously was a big issue,” chief investment officer Anders Schelde tells Capital Monitor. “It was an added benefit that it also supported their sustainability goals. That just made it easier to make the decision.

“We look at each individual company and try to make up our own mind whether [it] is on a path that is compatible with the goals of the Paris Agreement,” he says.

That certainly appears to be the case with Enel. It effectively started the SLB market by pioneering the structure in September 2019 in the US with a $1.5bn 2.65% five-year bond. “We not only invented the instrument, but we also invented the framework,” says Canta.

Such instruments were a harder sell to investors back then, as the Bain report suggests. Canta cites a meeting with APG, the largest Dutch pension fund manager, ahead of that first SLB.

“APG had a very hard meeting with us, challenging us about the new idea, [KPIs] and everything,” he says. “I remember saying to the guys [on my team that it] was one of the hardest meetings I ever had on sustainability.”

Ultimately, the €583bn fund came in as an anchor investor, taking €50m. In a statement at the time, APG said the transaction had taken sustainable financing a step further than green or sustainability bonds and was the first to be directly linked to Sustainable Development Goals (SDGs) – in this case, number 7.

A month later, in October 2019, Enel brought the structure back across the Atlantic by printing a €2.5bn three-part bond, with the longest-duration tranche going out to 15 years. Then in October last year, it hit the sterling market with a £500m ($698m) seven-year bond, which priced at gilts plus 100bp.

According to Canta, Enel is in no rush to sell more bonds for the time being. “We do not have a pipe of maturity in front of us,” he says, adding that the company will carry out more issuance on an opportunistic basis for liability management.

In the meantime, it can feel proud of its efforts thus far. Enel’s latest issue shows that the ESG bond market is increasingly losing its Wild West tone and behaving more like a conventional debt market – with the help of deals such as this one.

And as pricing continues to converge, the differences between the two will continue to ebb away.

Net Zero: is it a business risk or a business opportunity? A sign of economic or political strength?

Capital Monitor's series of free, half-day events will convene over 2,000 business leaders, policymakers, sustainability officers, NGOs and investors in the lead up to one of the most crucial UN Climate Change Conference of the Parties (Cop26) in a generation.