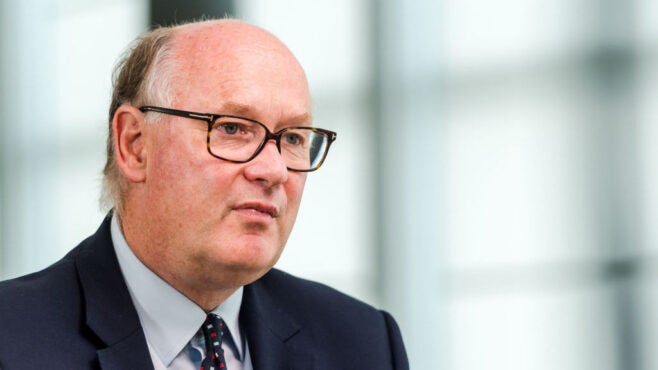 Douglas Flint, chairman of Abrdn, says it is sufficient to get 80% of impact metrics right and measure them on a consistent basis. (Photo by Geert Vanden Wijngaert/Bloomberg via Getty Images)

Influential figures from the financial sector are increasingly calling for more consistent metrics and reporting frameworks to help measure sustainability impact, as various initiatives intensify their efforts to reach this goal.

The latest developments include the unveiling of the International Financial Reporting Standards (IFRS) Foundation’s International Sustainability Standards Board (ISSB) at the Cop26 summit this month and the launch of the Impact Management Platform (IMP), a UK-driven project, on 17 November.

The ISSB, combined with the EU’s Corporate Sustainability Reporting Directive (CSRD), aims to help extract consistent and comparable sustainability data from companies, while the IMP aims to help drive convergence on a universal sustainability impact measurement framework for both companies and investors, and will also advise the ISSB. Looking to support and facilitate both is the G7 Impact Taskforce, launched in July under the UK’s presidency of the G7. 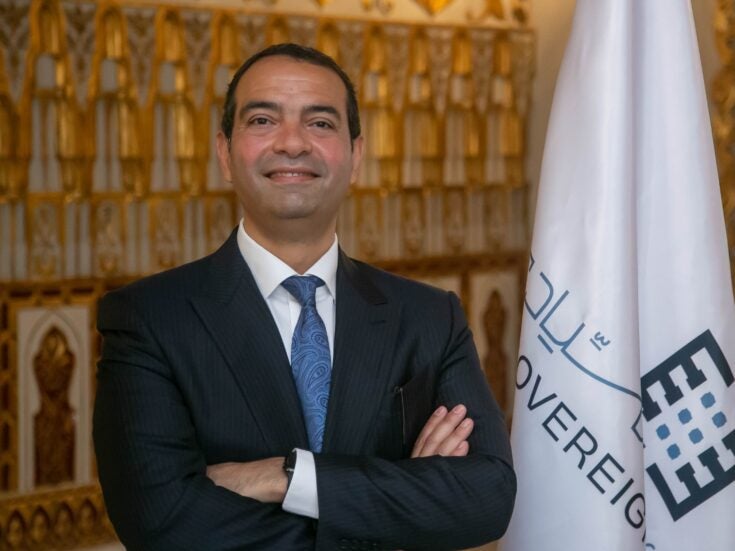 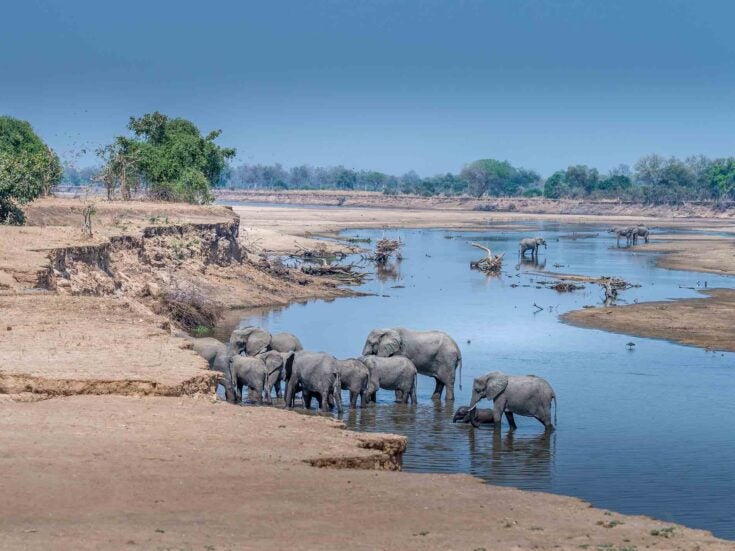 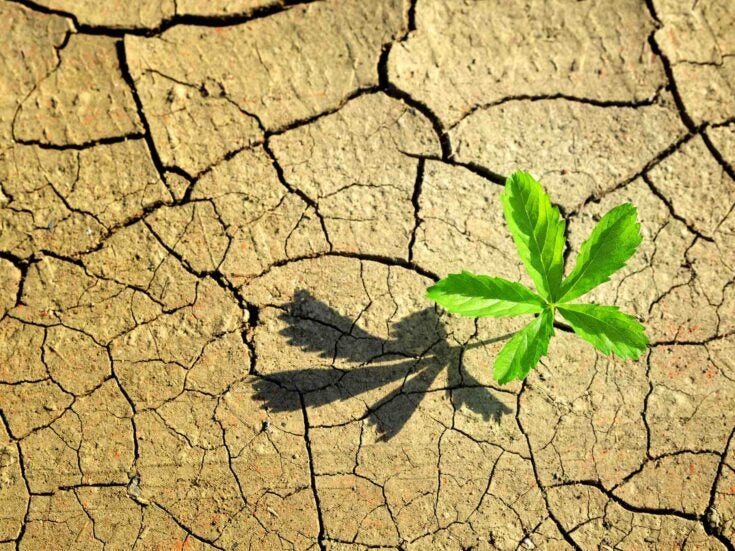 Why repairing nature isn’t just a job for finance quants

But such moves have not dispelled concerns over market fragmentation.

Douglas Flint, chairman of UK fund house Abrdn, stressed the necessity for a robust impact measurement system to assess the effectiveness of engaging with carbon-intensive companies.

Speaking at the Future of Climate Finance event hosted by Capital Monitor last week, he said: “We need to improve transparency so that we can be judged and we can measure the impact not just of the carbon intensity of our portfolios, but the extent to which the investments that we’re making… are actually leading to a reduction of output rather than just reallocating it by selling it to somebody else that has less commitment to the climate change agenda.”

But this process is in its very early stages, and until there is a robust set of metrics for measuring impact “it’s quite difficult for companies to evidence the fact that they’re making a difference”, Flint said.

I hope we don’t spend the next five to ten years debating the appropriate definitions and taxonomy because that doesn’t get us anywhere. Douglas Flint, Abrdn

“I hope we don’t spend the next five to ten years debating the appropriate definitions and taxonomy because that doesn’t get us anywhere,” he added. It is sufficient to get 80% of metrics right and measure them on a consistent basis to provide evidence of impact, such as reducing climate intensity, Flint said.

Asset owners can monitor their progress via asset managers and incentivise it through remuneration and voting practices, he added.

Certainly, implementation of ESG-linked pay for senior executives at banks and corporates is on the rise. And pressure is growing on both asset owners and managers to use their voting influence as shareholders for positive impact. US fund management giant BlackRock recently responded by offering the proxy voting rights to many more clients.

Impact consensus some way off

Yet clearly there is some way to go to reach a consensus on impact reporting and measurement. There are concerns that divergence in the work being done by the EU and the IFRS will hinder progress.

However, the ISSB has come under criticism for not considering ‘double materiality’, as the CSRD does. It focuses solely on the impact of sustainability factors on the financial health of a company but not the impact of the company on the environment and social factors. Insurance Europe, the European insurance and reinsurance federation, had called for the ISSB to incorporate double materiality during the consultation period.

The topic came up at a United Nations Environment Programme Finance Initiative (UNEP FI) panel discussion on sustainable finance on 10 and 11 November.

“We need to incorporate a dual-materiality vision in the information reported by businesses to the market, as proposed by the EU,” said Antoni Ballabriga, global director of responsible business at Spanish bank BBVA and co-chairman of UNEP FI, speaking at the event.

He said there was an urgent need “to establish a universal language” to foster data consistency, comparability and quality. Accordingly, BBVA is supporting the IMP.

“This platform will play an essential role in converging towards a universal sustainability impact measurement framework,” said Ballabriga. “It is pivotal that there is a close collaboration between ISSB and this new platform to gradually incorporate into the global reporting standard those metrics deemed material for the value of companies, as it progressively broadens its scope beyond climate.”

The IMP follows on from the Impact Management Project, an initiative that ran for five years and facilitated the consolidation of sustainability disclosure initiatives into the ISSB.

There is an urgent need to establish a universal language to foster data consistency, comparability and quality. Antoni Ballabriga, BBVA

Meanwhile, a further step will be taken on 13 December , when the G7 Impact Taskforce is due to report on the impact measurement landscape. To this end, Douglas Peterson, chief executive of rating agency S&P Global, is chairing a working group on impact transparency, integrity and reporting.

Impact measurement has been too fragmented, with an “alphabet soup” of initiatives, Nick Hurd, chair of the taskforce and the UK’s former minister for civil society, tells Capital Monitor.

Hurd is a former British Member of Parliament. He also chairs the Access – the foundation for social investment – and led the UK government’s work to scale the development of the impact investment market between 2010 and 2015. His tenure as the UK’s minister of civil society saw the creation of the world’s first social impact investment bank, Big Society Capital, and the first social outcome funds.

A raft of other influential names are also involved: Mary Schapiro, who leads the secretariat of the Task Force on Climate-Related Financial Disclosure; Peter Harrison, CEO of British fund house Schroders; and George Serafeim, professor of business administration and faculty chair at Harvard Business School.

Hurd says the group is scrutinising “the degree to where we should sit on a spectrum between voluntary and mandatory [reporting]” and whether there is the right level of ambition, “particularly around integrity and transparency”. Among the considerations will be the issue of how to monetise impact – that is, the assigning of financial value to the impacts of an enterprise, says Hurd, who adds that “putting a price and cost on this is a difficult and controversial emerging area”.

Serafeim is working on a project in this area through Harvard Business School’s Impact-Weighted Accounts (IWA) initiative. This project puts a financial figure on a company’s social and environmental impacts, using metrics from bodies such as the VRF and the Global Reporting Initiative (see chart below for an example of how it applies its methodology).

The IWA says the process allows for comparability and consistency. Moreover, putting a monetary value on potential impact is a way for businesses to justify investing in long-term value creation, as it provides asset managers with an tool to “forestall short-term market pressures”.

Companies such as German chemicals maker BASF and luxury goods brand Kering have been monetising their environmental impact since 2014. In 2020, Kering, for instance, found it had an environmental loss of €524m against revenue of €15.8bn.

Similarly, some asset owners – such Australia’s Aware Super and Dutch pension fund managers APG and PGGM – have developed impact measurement frameworks. Some of these approaches involve measuring the impact of portfolios against the United Nations’ Sustainable Development Goals (SDGs).

It is perhaps not surprising that some early movers have decided that an approach tailored to their own needs made sense given the slow development of widely agreed standards. Hopefully, the latest moves will succeed in accelerating the pace.