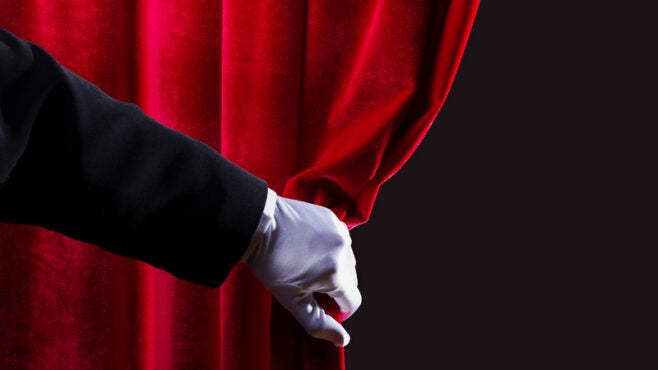 Drawing back the curtain: Authorities are looking to improve transparency around sustainability. (Photo by SergeyNivens from iStock)

After regulators and businesses started having meaningful conversations about sustainability accounting and reporting last year, 2022 looks set to see governments beyond the EU put meat on the bones of those discussions on disclosure.

With the many standard setters of years past now consolidating and sharpening their focus and the US Securities and Exchange Commission (SEC) tabling plans for mandatory climate reporting, certain key themes are tipped to emerge around sustainability disclosure – from double materiality to Scope 3 emissions to nature-related risk.

Double materiality might sound like a technical term best left to lawyers and accountants, but it cuts to the heart of the sustainability movement. The concept – that both climate-related impacts on a company and the company’s impacts on the climate should be measured and reported on – could prove the difference in the battle to avoid catastrophic global warming.

Consider Bloomberg Businessweek’s investigation into index giant MSCI’s ratings, published on 9 December. It found – among other things – that even as the carbon emissions of some companies grew, their ESG scores from MSCI improved, with burger giant McDonald’s one example cited. That is because, the article argued, MSCI and many other ESG ratings providers’ frameworks consider only the world’s impact on a company’s bottom line, not the company’s impact on the world around it.

“The question of double materiality comes down to the purpose of business – and if it is just to generate returns then financial materiality is fine, though ultimately these issues will affect financial materiality,” says Donato Calace, London-based vice president of innovation at risk analytics company Datamaran and a member of the European Financial Reporting Advisory Group.

“But if we believe business is there to help solve society’s problems – which surely it is – then we need to know if they are contributing positively or negatively to society,” Calace tells Capital Monitor. 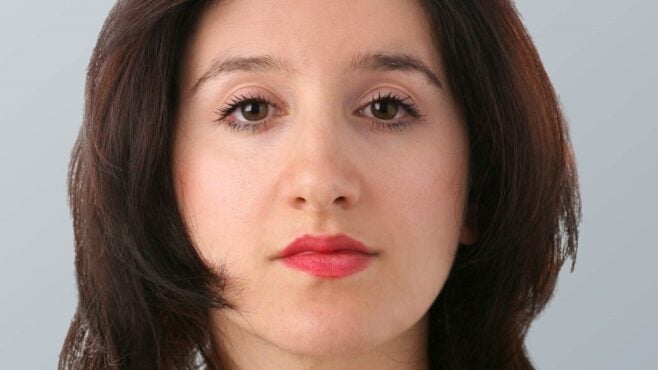 Deborah North of Allen & Overy says double materiality is embedded in incoming EU sustainability rules, will be included in the UK equivalents, and may be addressed in upcoming US proposals. (Photo courtesy of Allen & Overy)

The concept of double materiality is already embedded in incoming EU sustainability legislation, will be included in the UK’s equivalent and may be addressed in the SEC’s upcoming proposals, says Deborah North, a partner at law firm Allen & Overy in New York, though litigation threats have already delayed the US rules so a subsequent climbdown is also possible.

Even some investors have indicated that they would like to see regulators embrace double materiality. While US asset managers favour a focus on financially material issues, their European counterparts are more supportive of a wider remit, including companies’ human rights records, indicates an analysis of responses to a consultation by the International Financial Reporting Standards (IFRS) Foundation on sustainability reporting.

While the concept of Scope 3 emissions – those created by a company’s suppliers or customers but not the company itself – is not new, methods for calculating and reporting them are still in their infancy. What is clear is that they are huge, particularly in the finance sector: the emissions associated with investing, lending and underwriting activities are, on average, an estimated 700 times higher than that from financial institutions.

Current calculation methods are “only scratching the surface on Scope 3 emissions”, says Julia Salant, head of sustainability innovation at sustainability rating provider EcoVadis in New York. A Fortune 500 company could have tens of thousands of suppliers, the vast majority of which are SMEs, she adds.

Some big corporations have been looking at Scope 3 for years and developing models to estimate and predict their indirect emissions, Salant says, but there is now a big push to move away from industry averages and towards primary data. To obtain that requires engagement with suppliers. “Those approaches will need to be calibrated to the maturity level of the suppliers and where they are in their decarbonisation journey,” Salant says.

More guidance is needed on Scope 3, says Rachel Barrett, environment partner at law firm Linklaters in London. Where from is not clear, however: emissions accounting is currently executed via the Greenhouse Gas Protocol, which is not a regulatory instrument.

Still, given that many authorities are working on their own reporting standards, such guidance could come via an official regulatory channel, which could ensure more consistency, Barrett says. “For now, though, everyone has questions about it, and we don’t have the answers.”

To add to the complexity, what is covered under Scope 3 still needs nailing down. The current focus is typically on financed emissions, but there is also the question of serviced, consulted or advised emissions: those of clients of law, accountancy or consultancy firms. These firms have largely managed to avoid the scrutiny of more public-facing entities like banks and pension managers, but lawyers see it as only a matter of time before that changes.

Biodiversity is one of the less well understood and funded UN Sustainable Development Goals (SDG 15: Life on Land), although this is slowly changing. The postponed UN biodiversity Cop summit is due to take place in Kunming, China, in April 2022, and many are hoping it will shine a brighter light on the risks of ignoring biodiversity harm and related disclosure. A May 2019 study from the OECD puts the value of the services provided by nature at between $125trn and $140trn annually. By way of comparison, worldwide GDP last year was $88trn.

The Financial Stability Board’s June 2021 launch of the Taskforce on Nature-related Financial Disclosures (TNFD) should stimulate the conversation at company level. Its climate counterpart, the Taskforce on Climate-related Financial Disclosures (TCFD), was unveiled to much fanfare in 2015 and has since attracted 2,900 ‘supporters’ globally. It is unclear how many are employing the TCFD’s recommendations in their reporting. But the initiative has improved awareness and understanding of climate-related risks – something that is also sorely needed for biodiversity.

Both the TNFD and TCFD are sets of recommendations. Only the UK and New Zealand have explicitly said they would mandate TCFD-aligned reporting for companies, but in June last year the G7 countries issued a statement in support of doing the same.

A pivotal moment for accountants and sustainability specialists alike came with the official launch of the International Sustainability Standards Board (ISSB) at the Cop26 summit in November. The global board is overseen by the IFRS Foundation, which is responsible for conventional accounting standards used in 140 countries.

“Accounting standards are serious, so if sustainability information is being considered in the same context, it is clearly really important,” Janine Guillot, head of the Value Reporting Foundation (VRF) in San Francisco, told Capital Monitor last year.

The IFRS Foundation’s immediate priorities are to appoint vice chairs and other board members for the ISSB and consult on its initial proposed standards, a spokeswoman says. If all goes to plan, the first disclosure standards will be completed before the end of 2022.

I would argue that we have reached enough consensus by now and should not be looking for further [policy] harmonisation – we’re past that now. Donato Calace, Datamaran

With the ISSB launch announcement came the news that the board would consolidate with market-led standard setters, including the VRF. That will be welcome, given frequent complaints that there are too many sets of standards.

One concern now is that the same problem may emerge with legal frameworks, as it did for the voluntary ones. Regulators and stock exchanges across numerous markets have either implemented – or will do soon – some form of mandatory sustainability reporting. They include Argentina, Australia, Brazil, the EU, France, Hong Kong, Mexico, South Africa and the US.

But some suggest such concerns are moot, and that expecting widespread standardisation on disclosure is unrealistic.

“No law or regulation is built from scratch, so even if all regulators decided they were going to achieve the same objectives, [legislation is] going to come out looking different,” says North at Allen & Overy. “It’s helpful to have lawyers and policy specialists in the room pointing out clear inconsistencies, but I don’t think it’s essential that they are all the same – and it just isn’t going to happen.”

Calace seconds this: “I would argue that we have reached enough consensus by now and should not be looking for further [policy] harmonisation – we’re past that now. Governments everywhere now have their own environmental or sustainability targets, and to achieve them they have to put policy in place. It’s not an option any more.”

This brings to mind the similar pragmatism emerging in some quarters in response to the complaint that there is insufficient data for companies to implement carbon-reduction strategies – namely, that banks, investors and corporates must do the best they can with what they have, given the urgency of the climate crisis.

A standardised approach to sustainability disclosure – and thus the data it produces – will take time to emerge and will likely never be perfect. A growing number of experts and industry executives seem to be taking the view that the sooner the commercial and financial world accept that, the better.