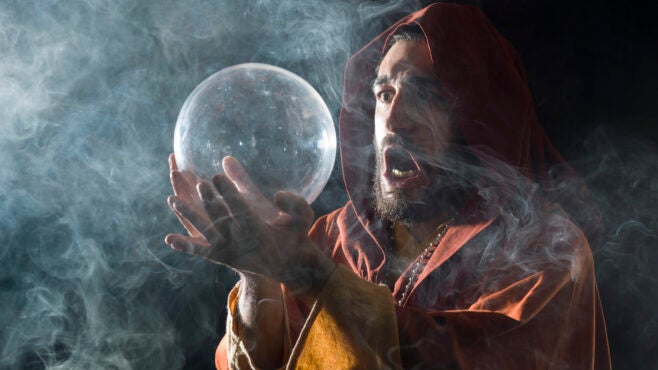 Capital Monitor’s powerful predictions are too much for some. (Photo by ballselimaksan via Getty Images)

With 2022 shaping up to be a watershed year for the development of sustainable capital, Capital Monitor’s editorial team lay out what we believe will be the most important developments.

Given we see ourselves in a position to hold institutions to account for their commitments to the environment and our societies, it’s only right we should also critique our own work. As such, we will review our calls at the end of the year and let you know how we fared.

The SEC pressured to climb down on double materiality

Double materiality might sound like a term best left to lawyers and accountants, but it cuts to the heart of the sustainability movement. The concept – that both climate-related impacts on a company and the company’s impacts on the climate should be measured and reported on – could prove the difference in the battle to avoid catastrophic global warming.

Double materiality is already embedded into incoming EU sustainability legislation and will be included in the UK’s equivalent, but the big question is where the US Securities and Exchange Commission (SEC) will land in its upcoming proposals. If it chooses not to pursue it, the compliance burden on companies will be lighter but climate reports between the US and EU will be considerably more difficult to compare, and the practice’s impact on sustainability – and real-life emissions reduction – weakened.

Capital Monitor expects the SEC’s first draft proposal – due anytime now – will seek to address both sides of materiality. However, the threat of huge political opposition and litigation, from Republicans in particular, will see a subsequent climbdown from the regulator.

Carbon taxes work in theory. By ensuring the external cost of any good or service is reflected in the price paid by consumers, it incentivises them to find alternatives. Both the Organisation for Economic Co-operation and Development and the International Monetary Fund backed the idea of a global agreement on carbon taxes or a minimum price last year, with the latter arguing advanced economies should set a minimum price of $75 per tonne by 2030.

Higher energy prices will, to some extent, perform a similar role to a carbon tax.

However, inflation has reached or surpassed 5% in many regions including the UK, US and eurozone, with rising gas and energy prices fuelling a large part of the rise. This is likely to stall the conversation on carbon taxes throughout 2022. Governments will be reluctant to add to price pressures when households are already facing rising bills; Energy UK, a trade body, has said bills could rise by up to 50% this year, for example. Higher energy prices will, to some extent, perform a similar role to a carbon tax.

While almost all banks have developed plans to improve ESG-related practices, less than a third have policies in place the central bank deems “broadly adequate”. Laggards better fix up because the regulator is set to begin its more comprehensive review of how prepared banks are to manage climate and environmental risk in the first half of 2022, following the publication in the first quarter of the ECB’s updated report on climate and environmental disclosure.

Prudential measures are surely not far off. The Bank of England, which is also assessing the resilience of major UK banks and insurers to different climate risks, will provide an update on the use of capital by the end of 2022.

More pooled/commingled funds that allow clients to vote with their shares will be launched in 2022, driving an increase in support for ESG proposals.

Pressure has been building here for some time. The UK government and pension fund industry, which want to make an impact through voting on issues such as climate change and inequality, are demanding the service after years of pushback from asset managers claiming it’s too complicated to handle. A government-backed UK taskforce has said legislation should be tabled if the industry resists.

BlackRock will let clients vote their shares in pooled funds from this month. While observers say only asset institutional clients will take advantage, new data shows that when offered and educated about the option, retail investors’ shareholder voting increased by 110% on an investment platform last year. BlackRock’s new voting option covers 40% of the $4.8trn in index equity assets it manages. It follows DWS offering a similar option last April.

Watch out for the fossil fuel divestment fallout

As the window to keep the 1.5°C warming goal of the Paris Agreement alive tightens, the debate on how fossil fuel divestment or engagement moves the needle will intensify.

We expect the divestment of fossil fuels will hit a tipping point this year, forcing those still invested to closely monitor how engagement on the energy transition is effective. Douglas Flint, chairman of UK fund house Abrdn, aired the same view – stressing the necessity for a robust impact measurement system to assess the effectiveness of engaging with carbon-intensive companies – at a Capital Monitor event late last year.

In 2021, some of the world’s most influential asset owners – ABP, CDPQ, Harvard University and Nest – divested fossil fuels from their portfolios. A combination of societal pressure, commitment to net-zero goals and the drop in value of many oil and gas stocks will continue this drive in 2022.

Major passive investment houses, such as BlackRock and State Street Global Advisors, and some asset owners and active managers, like PensionDanmark and Engine No. 1, argue divestment will not dent real-world carbon emissions and is an abdication of responsibility.

More businesses and governments than ever before issued net-zero targets in 2021. Throughout 2022, regulators, investors and non-governmental organisations will be digging deeper into what is being promised – and using the court system to bring them to heel.

Litigation has become an increasingly popular tool for campaigners to hold the powerful to account.

The year is already off to a start with ClientEarth and Friends of the Earth both filing suits against the UK government for moving too slow on climate policy on 12 January.

Litigation has become an increasingly popular tool for campaigners to hold the powerful to account as Capital Monitor reported lat year. Globally, climate cases have more than doubled since 2015, and more climate litigation on both sides of the energy transition and the Atlantic is almost certain in 2022.

Sustainability-linked bonds (SLBs) are more open to the charge of greenwashing than other capital market instruments, but investors like them because they contain key performance indicators (KPIs) tied to specific outcomes. This should align the interests of borrowers and investors.

However, there are several problems that need to be overcome. First – the KPIs need to be quantifiable and there is no standard among opinion providers. Second – penalties for missing the KPIs are often less than serious. Third – the maturity date of the bond and the measurement of the KPIs often coincide, which allows the issuer to redeem early if the KPIs are going to be missed.

Expect much bigger scrutiny of the emerging instrument by investors, thanks to greater engagement from the public about transition issues in general. Capital Monitor also expects to see the first sovereign SLB issued this year. So far, we calculate 60 have been issued and all within the corporate sector.

The emergence of the two-faced board director

ESG strategy will be put high on the agenda in the corporate boardroom in 2022.

But the discussions will not be easy. Two-thirds of CEOs in some of the world’s most influential companies have said they encountered resistance from investors and shareholders about their sustainability transition strategy, according to EY.

As much as they may wish to bend to such pressure, CEOs will be mindful of what can happen if they fail to perform financially, and Emmanuel Faber’s downfall was a warning to many. Although he put ESG at the heart of company strategy, created a carbon-adjusted earnings per share indicator, and turned the business into the French equivalent of a B-Corp, the CEO of Danone was ousted in March last year because the group’s performance lagged behind peers.

A more recent example of such sentiment has just emerged from well-known UK retail fund manager Terry Smith of Fundsmith. On 12 January he was reported criticising consumer giant Unilever for being “obsessed with publicly displaying sustainability credentials at the expense of focusing on the fundamentals of the business”.

While finance’s exodus from the coal industry has been in motion for years, it picked up in 2021, with record numbers of banks, insurers and asset managers announcing coal exit policies. Significantly, this included the Bank of China, following President Xi’s September announcement that China will no longer finance overseas coal projects.

More static has been finance’s shift away from oil and gas.

In October, La Banque Postale became the first bank to commit to exiting all fossil fuels, including conventional oil and gas. Capital Monitor is confident that more will follow. 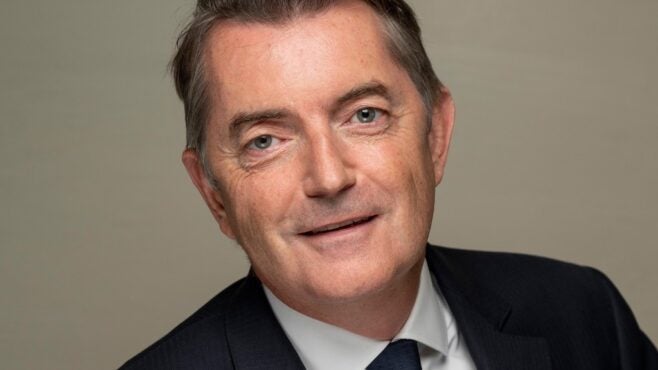 This past year saw a wave of net zero by 2050 targets unveiled by investors and corporations alike, but as of next year, Capital Monitor believes 2050 ambitions will count for very little without interim targets.

The number of companies signed up to the Science Based Targets initiative, as well as the number with approved interim targets, will snowball, as will the number of members signed up to the Glasgow Financial Alliance for Net Zero (Gfanz). In the coming months, signatories are expected to present plans for interim targets, for 2030 or sooner. Investors will be forced to come to a consensus on how to set targets for particular asset classes, like passively managed assets or hard-to-abate sectors.

Institutions without proper net-zero strategies will be exposed and might even find themselves kicked out of the Gfanz group. What’s less clear is what the implications are for those who have been booted out.

The probe into DWS’s potential ‘greenwashing’ of its assets subject to ESG integration marked a turning point for fund managers selling ESG products. Until then, the marketing of such funds were largely unscrutinised, despite widespread confusion around ESG-labelling and mounting concerns around greenwashing.

Expect to see a shift away from generic ESG funds, with more capital directed towards thematic ESG products.

We will also see a tightening of the patchwork of regulatory frameworks in the UK, with the roll out of Sustainable Disclosure Requirements (SDR) along with further scrutiny from the UK’s Financial Conduct Authority. Expect greater oversight in the US, along with the introduction of the second phase of SFDR in Europe in July 2022.

In response to this heightened scrutiny, Capital Monitor expects to see a shift away from generic ESG funds, with more capital directed towards thematic ESG products, like those focused specifically on low-carbon assets or particular social themes.

Social housing investment to ramp up

There is a growing sense that the climate investment theme has – understandably – overshadowed all else in recent years, and particularly in 2021 in light of Cop26.

Yet the Covid-19 pandemic has acutely highlighted and exacerbated financial and social inequalities worldwide. While a number of social themes are set to attract more investor attention this year, social housing looks particularly well positioned to draw increased capital flows in the UK and other markets.

It is a good fit for many investment portfolios, with many asset owners keen to expand their exposure to private markets, including real assets. It also aligns with what many investment experts sees as a growing shortage of affordable residential property generally in Western countries from Canada to New Zealand.

A social housing investment strategy can be set up in a similar fashion to existing real estate holdings, and such assets can be accessed via listed real estate investment trusts, mutual funds and private market strategies.

Topics in this article : hot topics